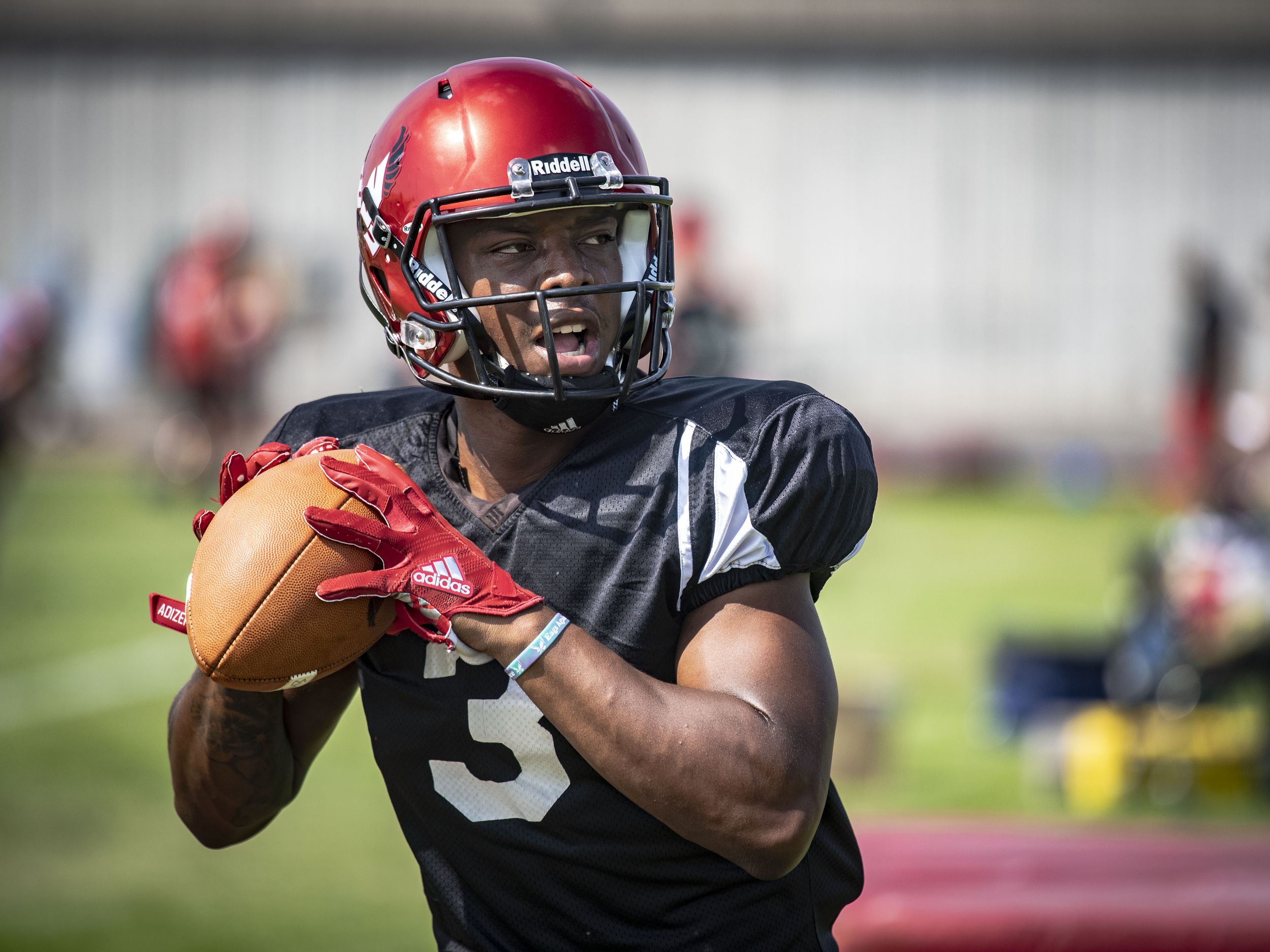 The elementary school student may very well vote for the spring Saturday. After all, the freedom it affords is such a welcome relief after being cooped up in the classroom all week. The young adult might just vote for winter, with the slopes packed with snow and the call of the post-run libation. Us ancients certainly enjoy summer Saturdays, as chores don’t have to put off to the weekend anymore, allowing a measure of relaxation lacking during the decades of employment. And then there is the fall. Everyone of every age gathered together in support of two truisms: Your favorite college football team is poised to have the best season ever; and your rival’s team sucks.

We bring this up because this is the last Saturday for some three months – a quarter of a year – in which college football won’t be blasted in your living room via ESPN, ABC, CBS and Fox. Or you want have to pack up the car and go through your time-honored game-day routine around a college stadium named after some dead guy from long ago – or your new favorite credit union. Maybe even both.

Enjoy today while you can.

• The day’s special nature motivates us to peruse the college football teams in this area.

East down State Route 270, the Vandals are quietly preparing for the upcoming season in the Big Sky Conference. There has been little in the way of drama in Moscow as everyone seems settled in for another year at the FCS level. No worries about conference affiliation and end-of-season bowls. Just one goal. Beat Montana. Or is it Eastern? Or Idaho State? Just who the heck is UI’s rival these days?

Closer to Spokane, Eastern Washington is more attuned, and more used, to this FCS thing. Anything less than a postseason berth, and a home playoff game, is a failure. Heck, the Eagles’ fans enter just about every season dreaming of a trip to Frisco, Tx., and another national title trophy. The offense is willing, just about every year. With Eric Barriere at quarterback, this is one of those years. Whether Eastern will actually compete for such a reward usually depends on the defense. If it’s stout enough, watch out.

On the north side of town, Whitworth is hoping four wins in four tries during the spring will jumpstart fall success. Actually, though, the Pirates were 2-0 – twice. They only played Puget Sound and Pacific Lutheran. Three of the four were routs. This fall, with a full schedule set, will be different. After all, Linfield is back and the Whits are 1-9 against the Wildcats over the past decade. Mark down Oct. 9 in McMinnville, Ore. The Northwest Conference title will probably be decided. 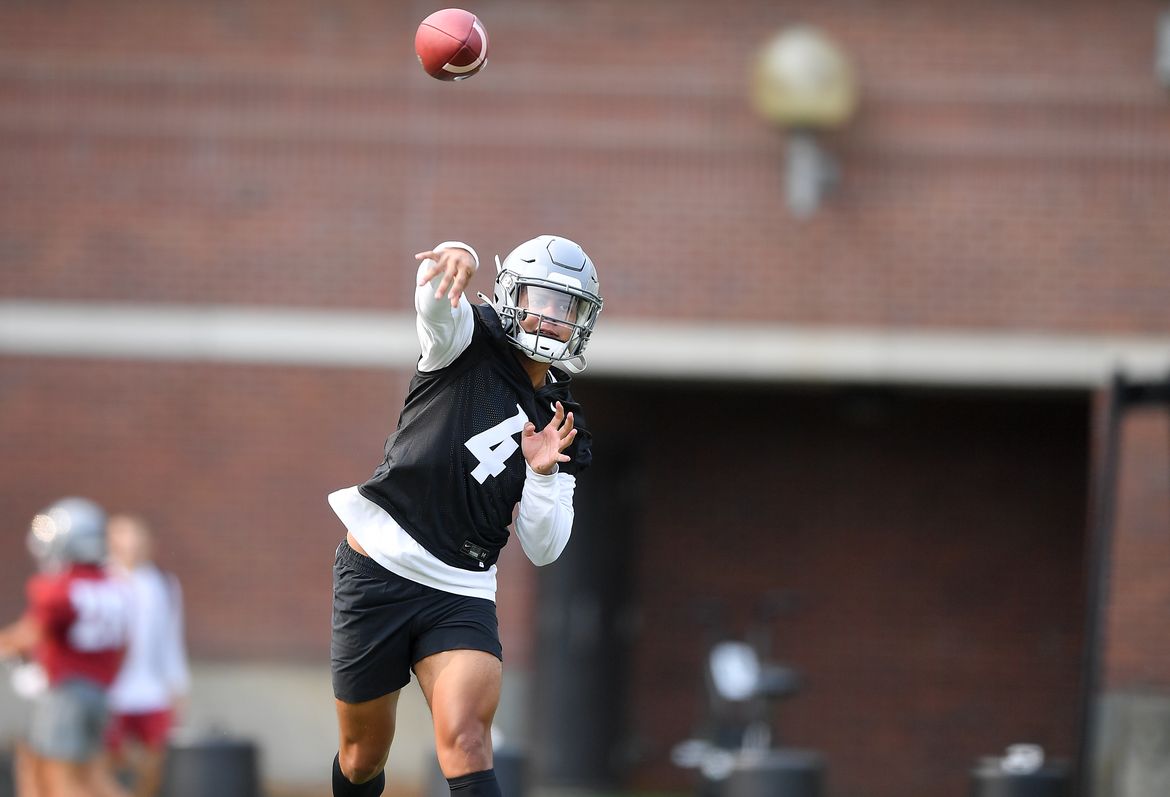 WSU: What a weird couple weeks it has been around the football program. The ongoing soap opera – as an aside, a soap opera is exactly what the Cougars didn’t need after a truncated and ripped apart 2020 season – nature of camp continued yesterday as Nick Rolovich took the equivalent of the covid-vaccine’s Fifth Amendment once again, still not answering whether he will or won’t be vaccinated. Poor Colton Clark. He has to write about it. … The Times’ Larry Stone, writing in today’s S-R, feels a showdown seems to be looming. … At CougCenter, WSU’s SB Nation fan site, Brian Floyd has had enough with the distraction, saying, forcefully, it’s time for Rolovich to go. … OK, back to the field, where Colton focused on the quarterback competition the day before WSU’s scrimmage. … One of those in the competition, redshirt freshman Jayden de Laura, engaged in some physical horseplay over the summer at the Illia Dunes, video of which surfaced recently. Theo Lawson has that story. I’m guessing such things have happened approximately 1.37 million times over the years, but I could be off by a bit. But, you know, video. … Elsewhere in the Pac-12 and college sports, we linked Jon Wilner’s five points yesterday from the (San Jose) Mercury News. Today we can link it in the S-R, though it’s been cut to four points. … Wilner also has a mailbag in the Mercury News today. … It looks as if the alliance between the Pac-12, Big Ten and ACC is going to happen. … Washington held practice Friday and it looks as if the backup quarterback picture is clearing. … Our buddy Christian Caple examines the (disputed) history of an obscene UW football chant. I have one issue. I was playing college sports in 1977. I don’t ever remember anyone using such language back then. … Want to watch an Oregon or Oregon State home football game? Bring your vaccination card. Or a picture of it. Or proof of a negative COVID-19 test. … A couple of Oregon players have taken advantage of their opportunities in practice. … We can pass along Nick Daschel’s Oregon State mailbag. As well as this story on the offensive line. … Karl Dorrell is trying to change the perception of the Colorado football team. … Utah’s scrimmage today may allow for the choice of a starting quarterback. … It’s always interesting when a player, like UCLA’s Kain Medrano, switches positions. … It looks as if a freshman will punt for Arizona State. … Three Arizona walk-ons were recently given scholarships.

Idaho: Larry Weir spent part of his Friday speaking with Vandal play-by-play voice Chris King for the latest Press Box podcast. … Around the Big Sky, former Ferris High basketball star Wayne Tinkle, who dominated the middle at Montana and then coached his alma mater to three NCAA tourneys, will join the school’s athletic hall of fame. … You can focus on the linebackers at Montana State. … The focus is on the quarterbacks at Weber State. 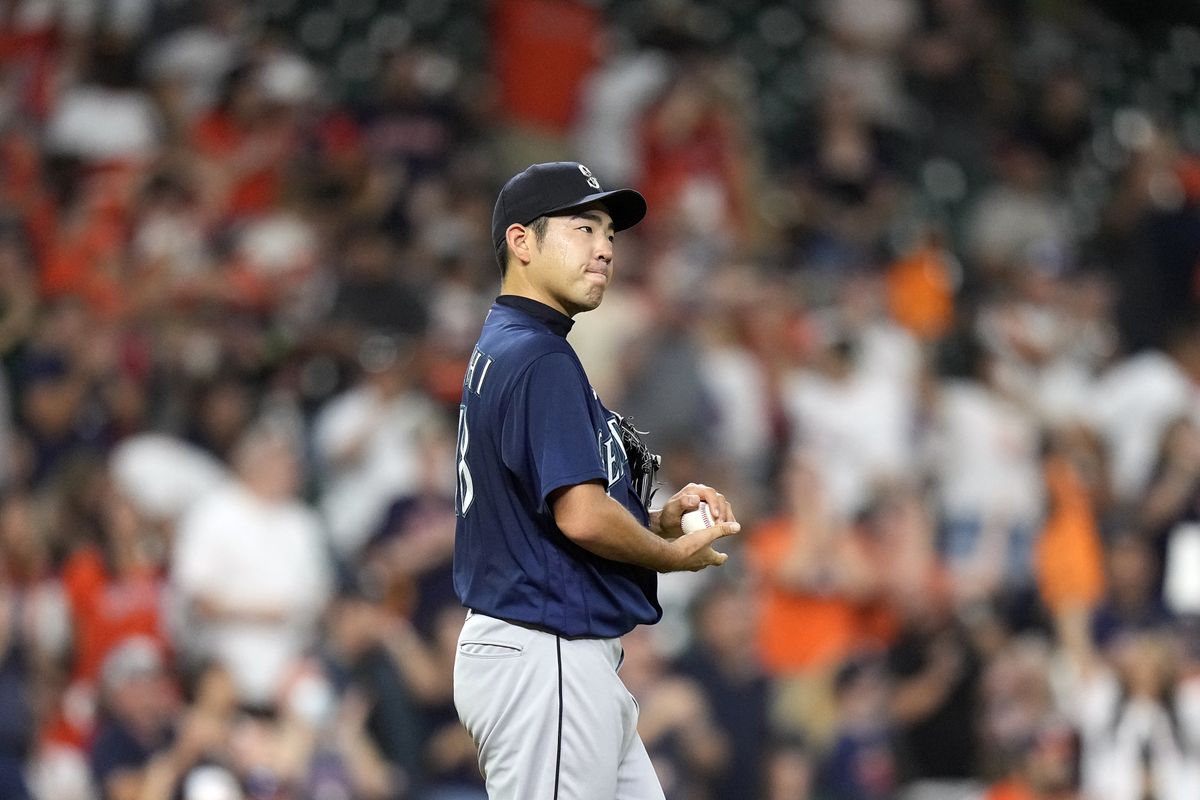 Mariners: The M’s winning streak ended where many of them have recently, Houston. The Astros battered around Yusei Kikuchi and routed the M’s 12-3. … Mitch Haniger missed most of two seasons. He’s really appreciating the chance to excel in this one. … Abraham Toro has excelled since joining the M’s. … There is no reason to read this Athletic story about Joe Pepitone, Mickey Mantle, a bat, the Hall of Fame and a bunch of money. But you should. It’s funny.

Seahawks: With only three preseason games this year, this middle one is crucial for many players trying to solidify a spot on the roster. … Rashaad Penny may be one of those players. … There will be fans in Lumen Field. … Duane Brown won’t be playing, though today would be a good day to announce an extension.

Sounders: There is a rematch of last season’s championship match in Columbus today, with Seattle traveling to Ohio. The Crew are struggling and are out of the playoff picture right now while the Sounders seem to be getting back to normal.

• One has to wonder. Is the heat that’s gripped Spokane since early June about finished? The forecast for the next week or so seems to top out in the low 80s, which is just about perfect. Then again, that’s just my view. You might believe 95 is the perfect temperature. Or 65. You are entitled, in this at least, to have the wrong opinion. Until later …