A GRIP ON SPORTS • If you can think back two months ago, it seemed as if Hoopfest had dodged a heat ray. Spokane premier basketball event, and the world’s largest 3-on-3 tournament, usually runs the final weekend in June. But not this year. Due to COVID-19, it had been moved. When the temperature downtown topped 105 on that Sunday, everyone was happy it was scheduled in September.

• That was then. This is never. Those halcyon days of late June seem so long ago. Sure, Hoopfest would have been played in plus 100-degree temperatures both days. And, sure, the threat of heat exhaustion would have been real, but that’s something we’ve all become accustomed to dealing with.

The science is clear. There are simple, tried-and-true ways to beat back heat issues. It just takes a little perseverance. Everyone would have hydrated. Everyone would have heard 17 different ways to make sure you were protected. Heck, I would have written stories about playing sports in hot weather and bored you to sleep with a “back-in-my-day” column.

But there would have been little worry about the coronavirus.

Two months ago we were in that golden period. Masks had been put away, especially outdoors, and many of us were happy to have been vaccinated. Hospitals were clearing their floors of COVID-19 patients. It even looked as if we had beaten back the darn bug and life could return to normal. Sure, some folks weren’t moving very quickly to get vaccinated – for the life of me, I still don’t understand why – but the combination of the weather, vaccines and knowledge of mitigation protocols had worked.

A new variant. A more-prolific variant. The Michael Jordan of coronaviruses. And our defense was full of holes. So today, our hospitals are overflowing. And Hoopfest, an organization that prides itself on putting on a safe event (heck, one of its chief sponsors is Multicare, which runs a couple of hospitals in town), has been canceled.

It’s easy to see why. Just look at the number of patients in local hospitals. Between Spokane and Kootenai counties, there are 300 people in them dealing with the virus. And if there were more space, there easily would be more. Many sick people, who may have been hospitalized back in late June, have to be sent home. There is just no room at the inn.

The intensive care units are overflowing, so much so Kootenai Health is converting a former classroom into rooms for more patients. The ICUs in Spokane are crammed as well.

And it’s not just rooms. Health care workers are overstressed. Overworked. Overtaxed. By the time a COVID-19 patient hits an ICU, the amount of care it takes to give them a chance to survive is incredible. And that standard of care takes more resources than one might imagine, especially human resources. There are only so many doctors and nurses to go around. And they aren’t superhuman. They tire like all of us. And many of them have reached late-Sunday-afternoon-at-Hoopfest tiredness right now.

For at least the next month, it’s going to stay that way. May even get worse, if that’s possible. And will only retreat if the number of people catching COVID-19 retreats.

So Hoopfest has been canceled. History tells us there would have been a few players who needed hospital care over the weekend. It happens. Our hospitals don’t need that right now. And won’t need it in September. The organizers saw the numbers, saw the lack of potential for improvement and made a tough decision.

One that could have been avoided. Not by holding the event in June. When that decision was made, it seemed smart to give more people time to get vaccinated. Except that didn’t work. The number of the vaccinated didn’t grow as fast as it should have. We had a shot to put away this virus once and for all and we missed it. Threw up an airball, actually. Got selfish, wouldn’t share the ball and let Delta go on a run.

Now we’re paying the price. And another of the great events that make Spokane, well, Spokane, has been routed.

• One last thing. In sports, we deal with numbers all the time. They are just that, numbers. They don’t mean much except as arbiters of who wins and who loses.

In this case, the numbers are of actual people. When there are 300 of them in our local hospitals, that means 300 families dealing with pain and suffering and fear. Many will get through it. Their love ones will survive and return to society. Return to Hoopfest someday. Return to rooting for the Cougars or the Vandals or the Eagles. Regain the ability to scream at the TV while the Seahawks and Mariners play.

But for many, way too many, that won’t be the case. Numbers don’t lie. The more sick people there are, the more deaths we will see. Numbers just don’t lie, not in sports, not in life. Check out the percentage of really sick people who are vaccinated. And the percentage of those really ill folks who are not. Be a team player. Go out and grab the freedom the shot gives you and everyone else. WSU: With no Hoopfest in September, there will be even more time to focus on Cougar football. Colton Clark took the time yesterday to look at five freshmen who could have a big impact this season. … Elsewhere in the Pac-12 and college sports, Jon Wilner explains why the conference will announce later this week it will not pursue expansion. If it did, the word hypocrisy would come to mind. … Jon also delves into the LSU vs. USC game announcement (they will play in Las Vegas in 2024) and the all-important ranking of hot seat for coaches. As a reminder, the last two links are from the Mercury News, if you have a subscription and want to read them today. There is a good chance they will appear in the S-R later if you want to wait. … The Alliance is aimed at the SEC, pure and simple. … Washington has quite a few offensive weapons. … Position battles still loom at Oregon and Oregon State. … Colorado is getting its backup quarterbacks focused. … Utah has some new members of its secondary. … He’s not out of the woods, but USC’s Dru McCoy will not face charges. … Chip Kelly faces a win-now season at UCLA. … Arizona State’s fans are fired up. And the reason may surprise you. … Finally, the Pac-12 has announced an end-of-season conference baseball tournament in Scottsdale.

EWU: The Eagles’ second scrimmage of the preseason was more about the backups than the starters. Dan Thompson was there and has this story. … Around the Big Sky, Larry Weir leans into the numbers concerning FCS football in his latest Press Box podcast, talking with Craig Haley of Stats Perform. 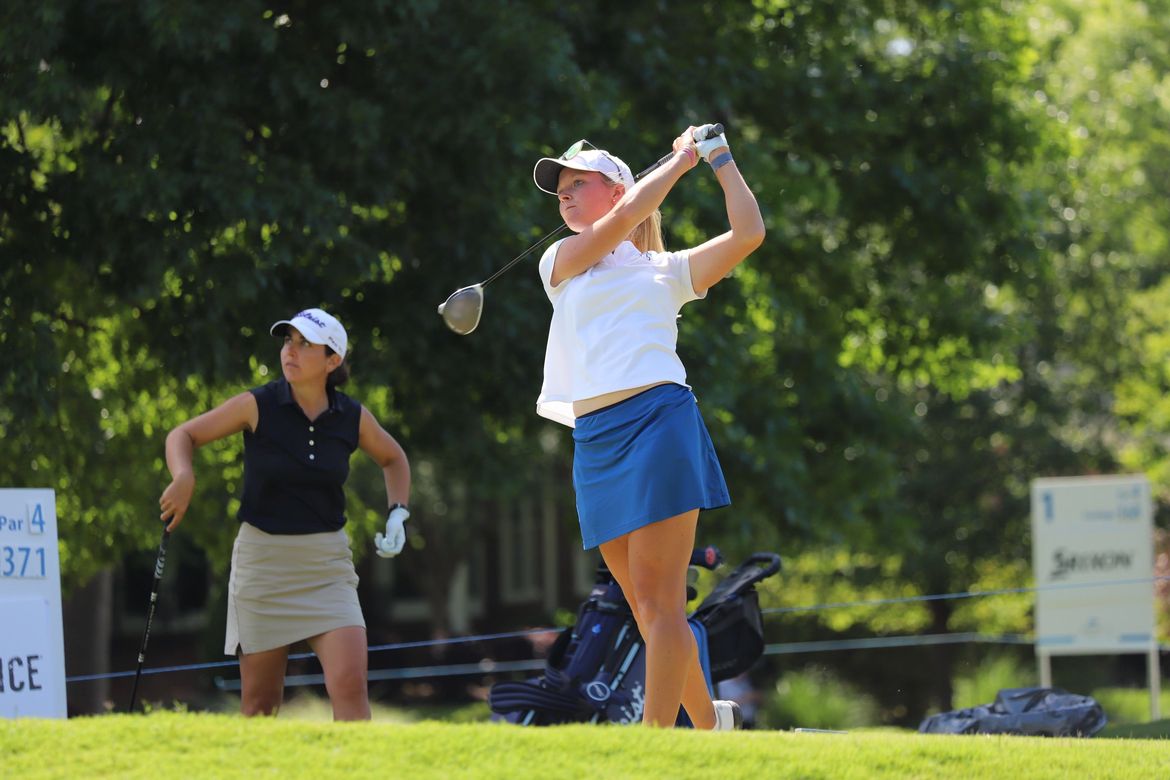 Idaho: Former UI golfer Sophie Hausmann has something of a home-course advantage this week as the Symetra Tour, of which she is a member, takes on Circling Raven. Jim Meehan spoke with Hausmann Tuesday and has this story.

Indians: The winning streak is over. Everett pounded out an 8-1 home victory over Spokane to snap the Indians’ streak at 10. Dave Nichols has more in this story.

Chiefs: COVID-19 will have an impact on another junior hockey season, though right now cancellation, as happened last year, isn’t in the picture. At least at the top level. Dan Thompson tells us the Chiefs’ players are 100 percent vaccinated and ready to start camp Sept. 1. Mariners: If you want to attend games in Seattle, then you will have to follow these steps. … Despite a run differential that is just this side of New York Mets 1962 bad, the M’s are alive in the wild-card race with a month left. How alive? Better than you might think. That’s why Scott Servais deserves an award.

Seahawks: Luke Willson came back. For one day. And then decided to retire. … The Hawks will probably take the last preseason game a little more seriously. … John Reid had a good first practice. … Matt Hasselbeck and Mike Holmgren will be inducted into the Ring of Honor.

Sounders: Six Sounders started the All-Star Game, which the MLS won in a shootout.

Kraken: There are reasons the team’s top draft pick returned to Michigan.

• We weren’t going to work today. Then Hoopfest was canceled. And we had to. No choice. I know of quite a few people who were looking forward to it with all their heart. Until later …