• The local teams are sitting out week zero. Waiting for Labor Day weekend to kick off their season. Eastern Washington gets it started with a Thursday night – only in football is Thursday considered part of the weekend – game at UNLV. That Saturday, the Cougars host Utah State. Idaho hosts Simon Fraser (if the border is still open). The season will be in full swing. 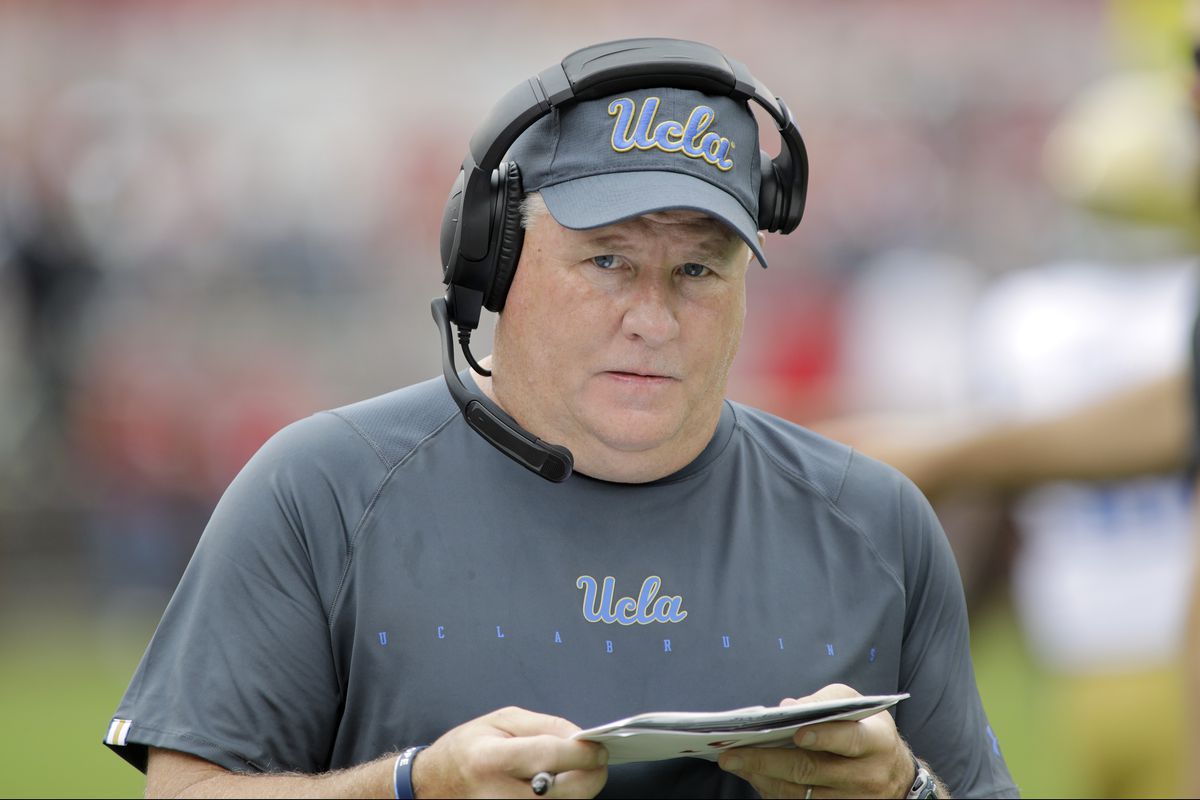 This weekend our choices are limited. On the West Coast, we look to the Rose Bowl. On that hallowed ground, UCLA hosts Hawaii in as important a game as Chip Kelly has coached in his career. Heck, pretty much every game this season is crucial to Kelly, starting his fourth season in Westwood. Oregon’s former coach is on the hot seat, or as hot as it gets at a school that waits for basketball to start before really waking up. The game is on ESPN and starts at 12:30 p.m.

The other nationally televised Power 5 game pits Illinois and Nebraska, two schools who aren’t going to move the excitement meter too often. But being there hasn’t been college football in months, the 10 a.m. kickoff on Fox might just draw a few more eyeballs than usual.

Other than that, the sports weekend on television offers the usual August fare. There is baseball – are the Yankees ever going to lose again? ­– with the Mariners trying to figure out a way to snag that second wild-card berth. And there is golf, notably not because the BMW Championships will winnow the FedEx Cup field once more, but because it is being played at Caves Valley Golf Club in Maryland, one of those beautiful, challenging tracks that doesn’t appear often on the national radar.

Wait, here we are halfway down the page and we have neglected to mention the most important television event of the weekend: the Seahawks’ game.

The quarterback has yet to appear in the first two Seattle non-counters. Linebacker Bobby Wagner hasn’t taken a snap either. Nor has tackle Duane Brown, but for another reason. Well, at least two out of three should play Saturday night at 7 p.m., when the Hawks host the Los Angeles Chargers. Though it is not listed in the S-R’s schedule as such, the game will be on KAYU in Spokane as well as the NFL Network.

Saturday also offers a championship. The final game of the Little League World Series will air on ABC, as it always does. But unlike most years, there won’t be a representative from Japan or Mexico or Taiwan facing the U.S. champion. This year’s tournament has featured 16 United States teams, due to COVID-19, and two of them will face off for the title.

• We have links. We always do. But more often than not the links we pass along take you to newspaper or media sites that demand you pay before you can read the story. So what should you do?

If you are interested in the product we are promoting, say a story about Oregon football, then pay for it. Yet that is easier said than done. No one outside of the top 1 percent, it seems, can afford all the subscriptions needed to stay current on college and professional sports. We can’t. So we pick and choose.

If you think you can afford five websites, what should they be?

For these purposes we will assume you are extremely intelligent and already buy The Spokesman-Review, because you are reading this. So what are the other four?

The Athletic covers the entire sports landscape better than anyone else currently. If your interest is college football, they have it. Pro football? Ditto. Heck, UFC and soccer too.

The Seattle Times is a given, considering where the closest pro sports franchises are located. Now, you can skip it if you want, as many of the Times’ stories appear in the S-R (the two papers have shared stories for years), but if you are interested in reading the news as it breaks, you’ll need a subscription.

(As an aside, and along those lines, I’ve had a subscription to the San Jose Mercury News for years, just so I could read Jon Wilner’s stuff. He’s now syndicated in the S-R as well, but I’ve kept the subscription not only to read Wilner during the day, but for the Bay Area news as well.)

The Oregonian covers Oregon and Oregon State sports better than anyone. And unlike a year or so ago, almost all of that coverage is behind its paywall.

The Los Angeles Times isn’t what it used to be – who or what is? – but it not only keeps you up-to-date on what’s happening in Southern California, it also still spreads its wings throughout the nation occasionally.

Now these aren’t the only media entities we read – or link. But there are still many places in which the content is free, or most times is. If you are only occasionally visiting a site, you may well be able to read a single story. If you go there often for a certain subject, then it behooves you to subscribe. For example, if you are Big Sky Conference fan, subscribing to the Missoulian or Bozeman DailyChronicle is a must.

The big national sites, like Yahoo or ESPN? Much of their content is available without charge. But if you are more interested in what’s going on in your neck of the woods, like here in Spokane, buying locally is important. And worth your money. 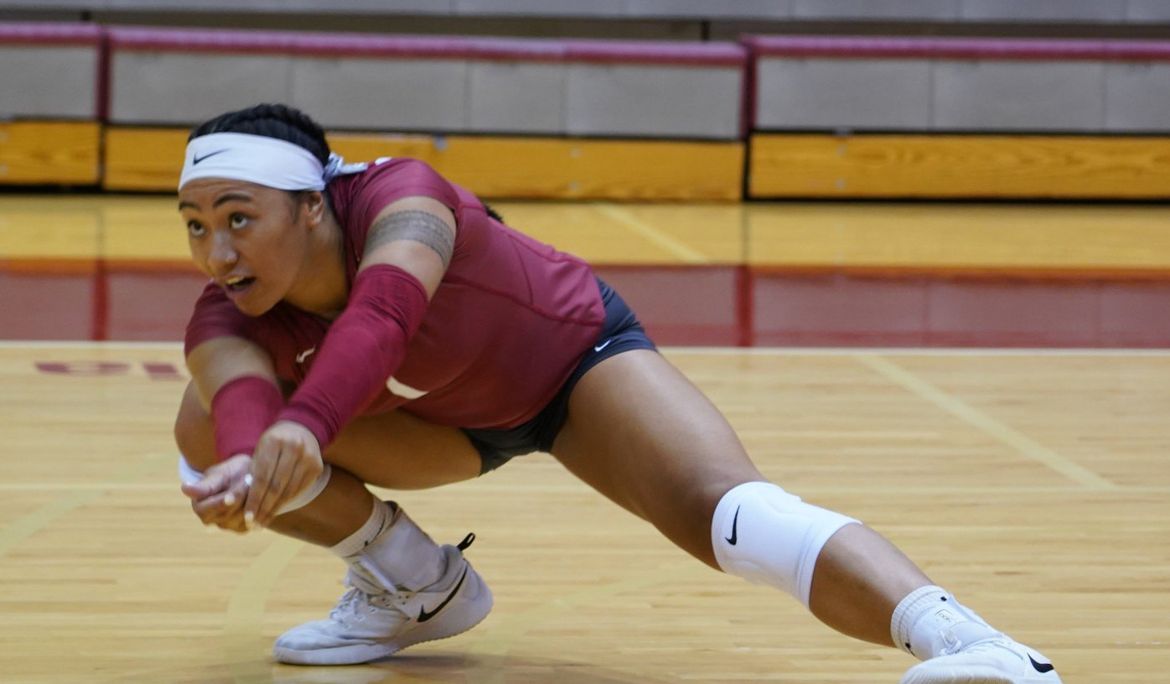 WSU: No one covers Washington State like the S-R, that’s for sure. Today’s main story comes from Jim Meehan, who looks at the expectations concerning Cougar volleyball. That pieces leads off his volleyball notebook. … We meant to link this story for the past couple days but we just forgot. (I know, what’s up with that?) Anyhow, here is a Sports Illustrated story on Kyle Smith. … Elsewhere in the Pac-12 and college sports, the conference announced yesterday it will not be looking to expand right now. No surprise there. But Wilner has a surprise candidate if it does: Houston. Kelvin Sampson back on the Palouse? Yes, please. … The conference needs the college football playoffs to expand. But it needs it to happen later, when everyone can bid, not just ESPN. It’s about money. … Washington hasn’t released a depth chart. But Christian Caple can predict one. … Oregon State has a good problem. Too many good receivers. … Oregon has the same issue at a few positions. That’s sad, isn’t it? … Colorado has a young safety that doesn’t play young. … Utah has its quarterback. And yes, it is Charlie Brewer, the Baylor transfer. … The scheduling alliance could be good for the Bay Area teams. … Yes, it is an important year for UCLA and Kelly. It is also an important time for its lawsuit with UnderArmour. … USC picked its backup quarterback and it is a youngster from Utah. … Jake Plummer went from Boise to Arizona State. But he couldn’t get over the Heisman hump. By the way, the NCAA has finally started interviews in the recruiting investigation. … New Arizona coach Jedd Fisch can be described in one word. Lots of them.

Gonzaga: Quite possibly the top point guard in the 2022 class has the Bulldogs in his final five. Jim has the info on Jaden Bradley winnowing down his college choices and including Gonzaga. … Elsewhere in the West Coast Conference, BYU has another nonconference game and another player with an NIL deal.

EWU and Idaho: Around the Big Sky, the loss of a former teammate is motivating quite a few Montana players. … Idaho State’s defense expects to take strides. … Weber State has released its depth chart. … Northern Arizona has a great kicker. … Montana State’s offense is built to maximize Matthew McKay’s talents.

Preps: Idaho high school football begins tonight (the Sandpoint at Post Falls game is on SWX starting at 7). Dave Nichols has a capsule look at all of the teams. The best one? More than likely it is, once again, Coeur d’Alene. 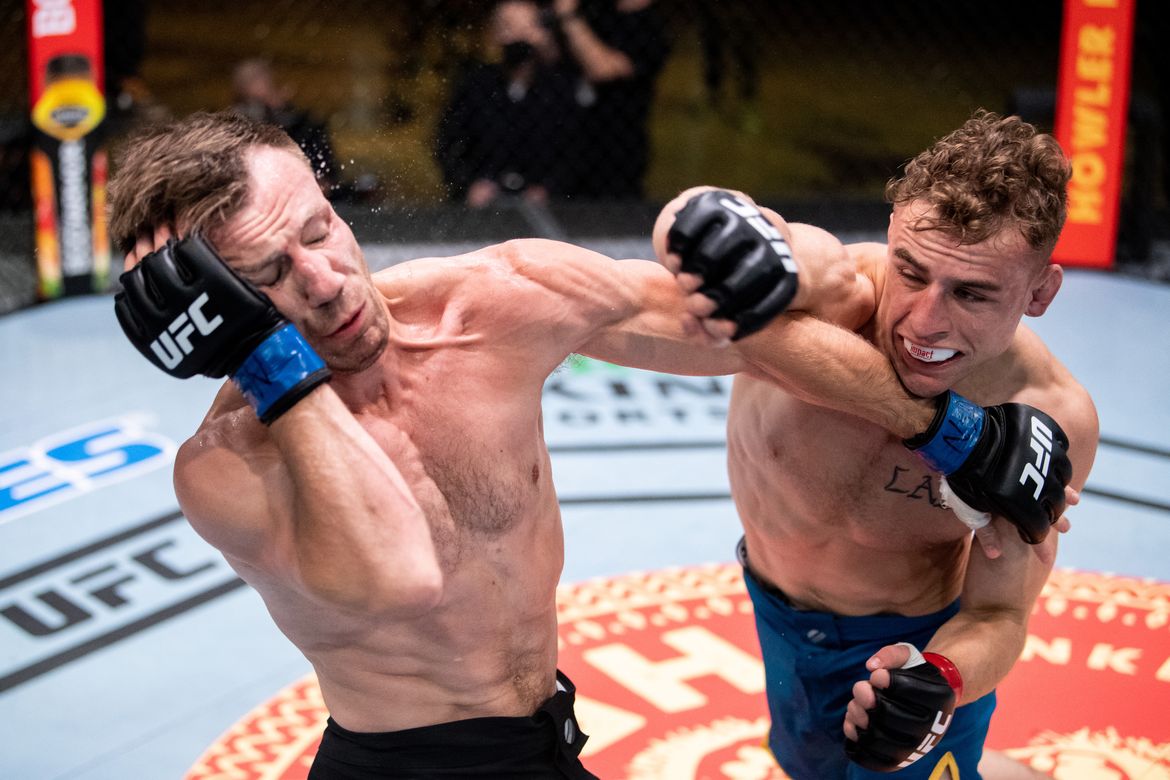 UFC: Another Spokane-area fighter is going for the UFC glory. Keenan Gray has a story on Central Valley High’s Brady Hiestand fighting for a UFC contract Saturday night in Las Vegas.

Mariners: If Yusei Kikuchi was still throwing as he did early in the season, the M’s might have risen to the second wild-card spot already. Instead he’s imploded often since the All-Star break and the team is still trailing the A’s. His sixth-inning blowup last night was big in a 6-4 home loss to Kansas City. … Is this the kiss of death for the M’s playoff chances? … Justus Sheffield is about ready to return from injury and he will do so as a reliever. …

Seahawks: Gerald Everett has emerged as one of Wilson’s favorite targets already. … What do we know about the running back spots? … Two offensive linemen have a competition this season.

Storm: The Samuelson sisters think it is kind of crazy to be playing pro basketball together. It’s also cool.

• Yes, I will watch football tomorrow. Not just college football but the Hawks as well. It’s weird. The NFL dropped a preseason game. Added a regular season game. But still has Labor Day weekend off. How did that happen? The Seahawks play this weekend and then wait until Sept. 12 to open at Indianapolis. Until later …