Mini-fridges in front of dorms. Worried but excited students. Flustered parents. And an altogether frenetic energy. Friday’s move-in for incoming Gonzaga freshman after a year of hybrid schooling felt a little bit more like, well, college.

With fully in-person classes and housing back, Gonzaga enrolled the second largest first-year class in the school’s history. The expected class size is 1,330 students, only 5 students less than the record in 2015. 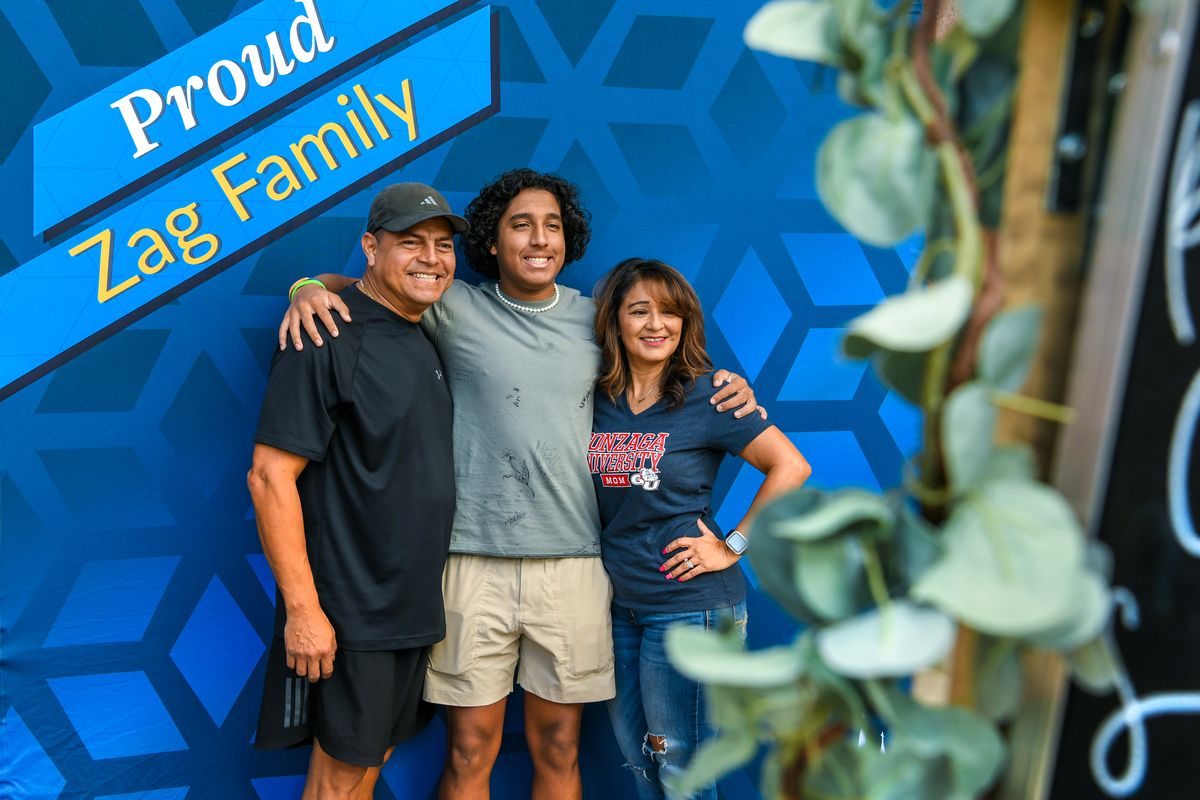 First-year Gonzaga University student Andre Escobar, center, along his parents Edgar, left, and Norma, were all smiles as they visit the photo booth in front of the Foley Library during orientation and move-in day at the residence halls , Friday, Aug. 27, 2021 in Spokane. Some 1330 first-years students are expected .to start the new year. (DAN PELLE/THE SPOKESMAN-REVIEW)

Erin Hays, director of undergraduate admission, said the larger number was due to more incoming students from around the country.

“Both the first-year and transfer student numbers are higher than we anticipated, largely due to an increase in out-of-state students,” said Hays.

For the students, it was a relief to be back socializing and having fun with classmates in-person after a slog of Zoom in high school.

“Having to stay home was a pretty sad experience for my senior year which is supposed to be special,” Lauren Nguyen, a Gonzaga incoming freshman, said.

Despite all the excitement, Gonzaga’s freshmen are still not going into an entirely normal school year. Gonzaga is requiring COVID-19 vaccinations for its students without medical and religious exemptions, and will require all students and faculty to wear masks in congregate indoor settings.

But even with masks and the necessary COVID vigilance, it felt a whole lot like the pre-pandemic days with the nervous energy of students.

“I’m definitely a little stressed out, but it’s going to be nice to have some independence,” Diego Becerra, an incoming student, said.

Parents were also back to feeling the bittersweet punch in the gut of having their kid making the first steps to becoming an adult.

“I feel like it’s going to be the happiest and saddest day of my life,” Debbie Proudfoot said about the day she leaves her only child, Cassidy, at school.

Nathan Smith, a veteran of college move-in days who was dropping off his last child of three at Gonzaga, was a bit less sentimental.

“We’re ready to get her out of the house,” said Smith. He said he knew it would be best for his daughter Charlotte to start having her own life and experiences.

For the parents and students, it was great to see Gonzaga back to how college is supposed to be.