A GRIP ON SPORTS • We were hoping for September. That wasn’t too much to ask, was it? After all, we were only a week away when the Mariners entered a home series with a Kansas City team 14 games under .500. Getting to September within a game or two of an American League wild card spot seemed doable. Oh well. It still could happen. But probably not.

• Hey, it could still happen. After all, Boston has won five of its last six games to jump ahead in the race for that second, and final, wild card. The M’s could do that too. Not before September starts – they play Kansas City today then host Houston to end August – but they could do it sometime between now and, say, the Seahawks start playing for real.

Yet we don’t think they will. And we have identified a couple of the reasons why: 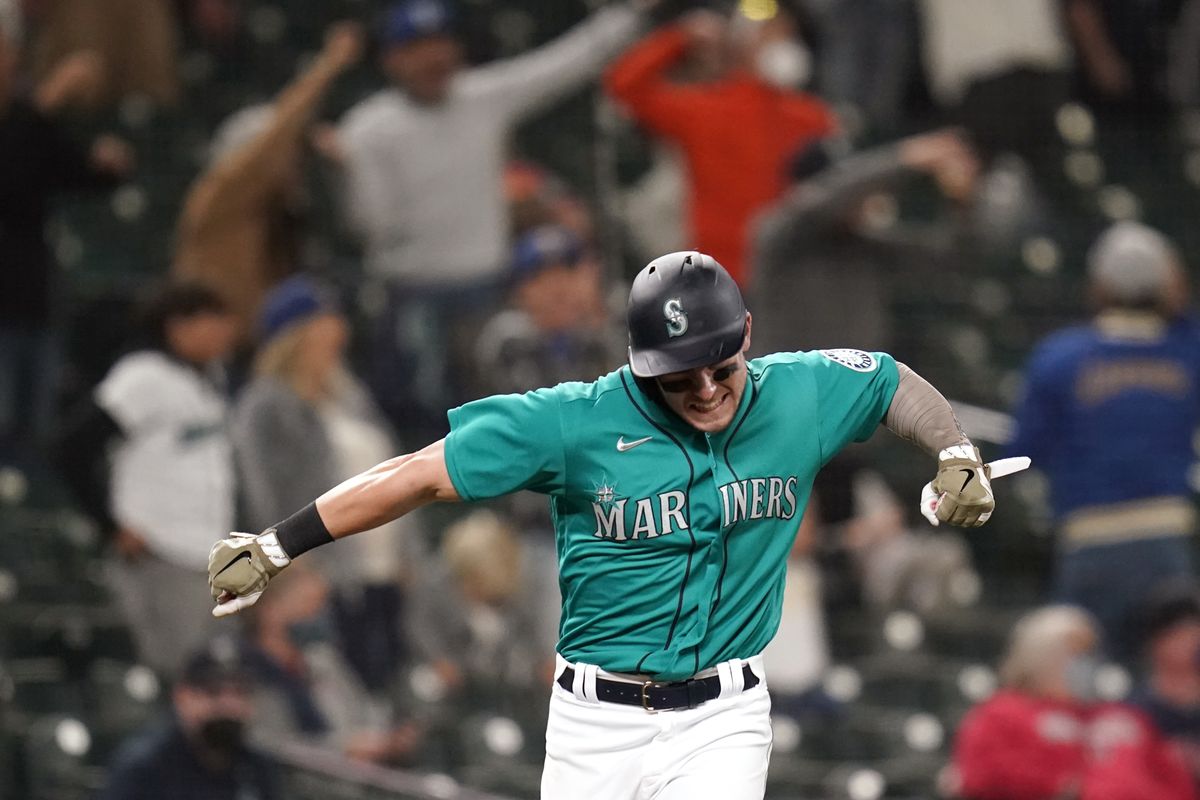 – For some reason, Jerry Dipoto thinks Jarred Kelenic has to play right now. Every day. Why? Sure, he could end up being the superstar the organization thinks he will be. That would be crucial for the M’s future chances. But this year’s chances have suffered with an automatic out in the lineup. And that’s what Kelenic has been. A pitcher-like presence. A guy who opponents love to see walking to the plate in a key situation.

Why Dipoto didn’t see this coming at the end of July, when Kelenic was hitting a whopping .119 with an OPS of .401, borders on incompetence. A veteran outfielder, not even a star but a workmanlike one, had to be available. And the price couldn’t have been that high. But he stayed the course and Kelenic’s presence in the lineup every day – he has been responsible for 70 outs in his 98 plate appearances this month, which has been his best of the season – might be the difference between the postseason or not. 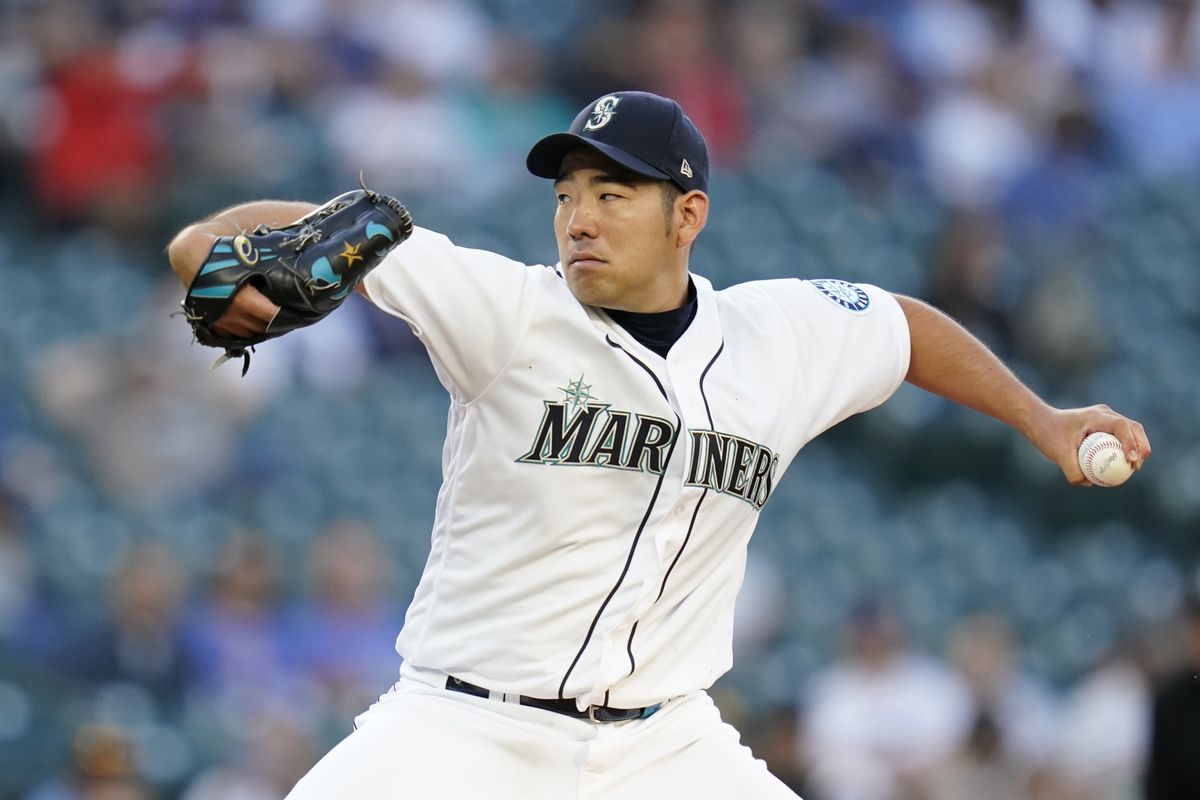 – Yusei Kikuchi and Logan Gilbert, two pitchers on opposite ends of the experience scale, have struggled this month.

In Kikuchi’s case, the struggles have been since July, when his earned run average bloomed to 6.11. August hasn’t been much better (5.87). He’s not the All-Star pitcher he was in the first half, that’s for sure.

Gilbert’s fall has come later – and been steeper. He was 5-0 in June and July, with an ERA just above 3.00. But in five August starts, the rookie has been battered, giving up 24 earned runs in less than 24 innings. That’s not good.

With 40 percent of the starting rotation struggling, the bullpen has had to work extra hard too often. And that’s always a bad thing. Sure, Dipoto tried to address the starting rotation’s shortcomings (most of which are due to injuries to the three Js, James Paxton, Justus Sheffield and Justin Dunn). He picked up Tyler Anderson, who has thrown better in his six starts with the M’s than the 18 he made with the Pirates. But it’s not been enough.

The question now, of course, is do the M’s have enough to make one final push to the postseason? To become a truly viable playoff threat in September?

It doesn’t look that way.

• There is a local baseball team going the opposite way. The Spokane Indians have caught fire in August and are making a Secretariat-type run to the High-A West finish line. They have won 14 of their last 15 games, jumping from two games under .500 to 11 over and within a game of first-place Everett.

Even with this startling – and enjoyable – run, the Indians are still not in a playoff spot. Between them and the league-leading AquaSox stands Eugene, a half-game out of first.

Spokane is done playing the Emeralds this season but after today’s game in Everett have six more matchups across the state to end the regular season.

In between are a dozen games, split evenly with Tri-City (in Spokane) and Vancouver (in Hillsboro, Ore.). 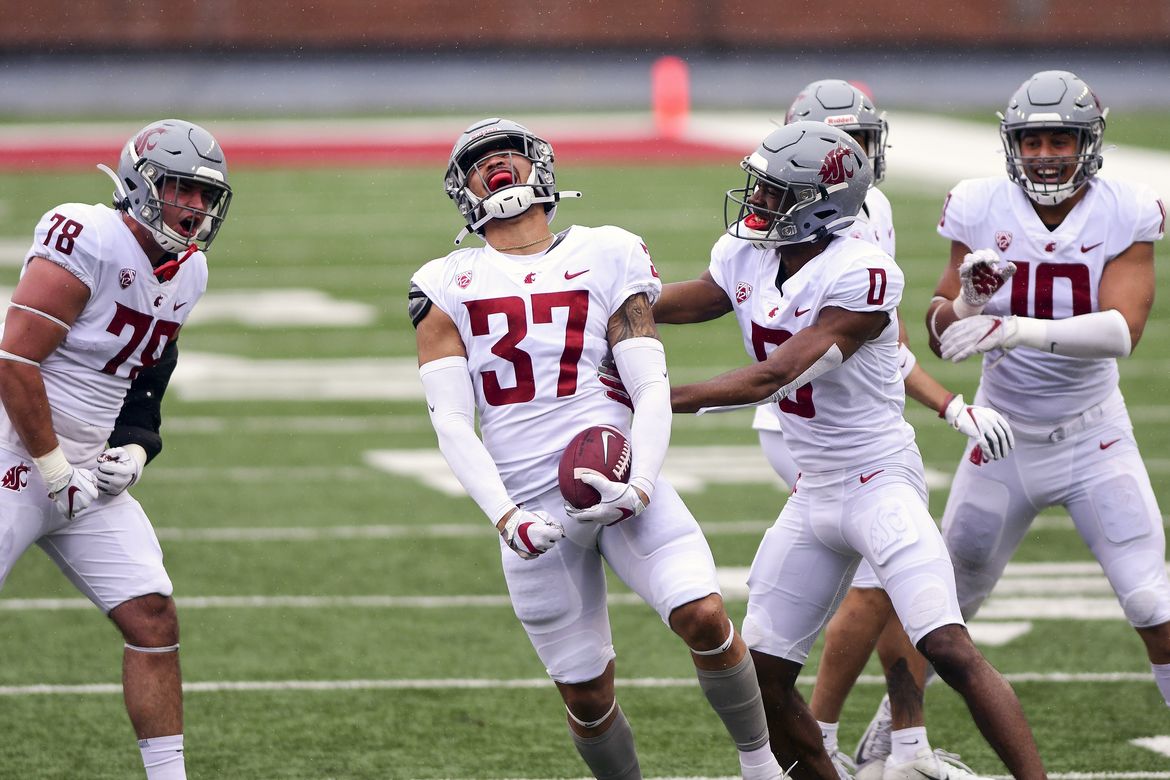 WSU: In a week we will be filling this space with links to stories of the Cougars’ opener with Utah State. We’ll have a game story, other pieces on key plays and players and an opinion of the TV presentation, from, well, us. Lucky you folks. Today? Colton Clark continues preparing you for the season with a story about the defense, a group that feels 2021 will be much better than 2020. … Gardner Minshew was supplanted in Jacksonville. So he’s been traded from the Land of the Waffle House to the City of Cheestakes. Colton has a story on Urban Meyer sending him to the Eagles, a trade that earned lots of discussion throughout the NFL media. … Former WSU receiver River Cracraft, waived by San Francisco recently, re-signed with the 49ers. … We linked Jon Wilner’s coaching hot seat ratings when they appeared in the San Jose paper a while back. Here they are in the S-R. … Jahad Woods is ready to finish off his long, productive career with a successful season. … Elsewhere in the Pac-12 and college sports, Wilner has his usual look at what happened in the conference Saturday. … What did happen? Well, UCLA opened its highly anticipated season making quick work of visiting Hawaii, coasting to a 44-10 victory. The Rose Bowl was almost empty for the early afternoon game. I know my sister, who is nine years older than me, didn’t use her two season tickets. It was a combination of the heat and the COVID-19 surge. I’m sure her reasons were echoed by many. … What will happen as the season rolls on? We have a couple previews to pass along but this one has two mistakes concerning WSU, so I’m not sure if you can trust it. … Arizona State expects to be in the Rose Bowl game, at the least. … Oregon has made some moves on defense. The Ducks also are about to welcome back a productive receiver. … Utah has more weapons at tight end. … This is year two for Colorado coach Karl Dorrell. He seems to have rallied the Buffs and their fans around him. But this one might be tougher than last season. … Jedd Fisch has seemed to done the same thing at Arizona. And he has yet to coach a game. … In basketball news, Arizona’s Tommy Lloyd explains his unique recruiting strategy. … Lute Olson is the top figure in Tucson’s sports history. … Finally, we wrote about this danger during the Olympics. Now the Chronicle columnist Ann Killion jumps on board.

EWU and Idaho: Around the Big Sky, Southern Utah opened its season on the road at San Jose State. It lost 45-14 against the Spartans. … Montana State held a final scrimmage. … It’s been a while since Montana has posted a dazzling win. … Weber State has passed the defensive torch. … UC Davis is ready for the season to start. … So is Northern Colorado under new coach Ed McCaffrey. The Bears did not play last season. 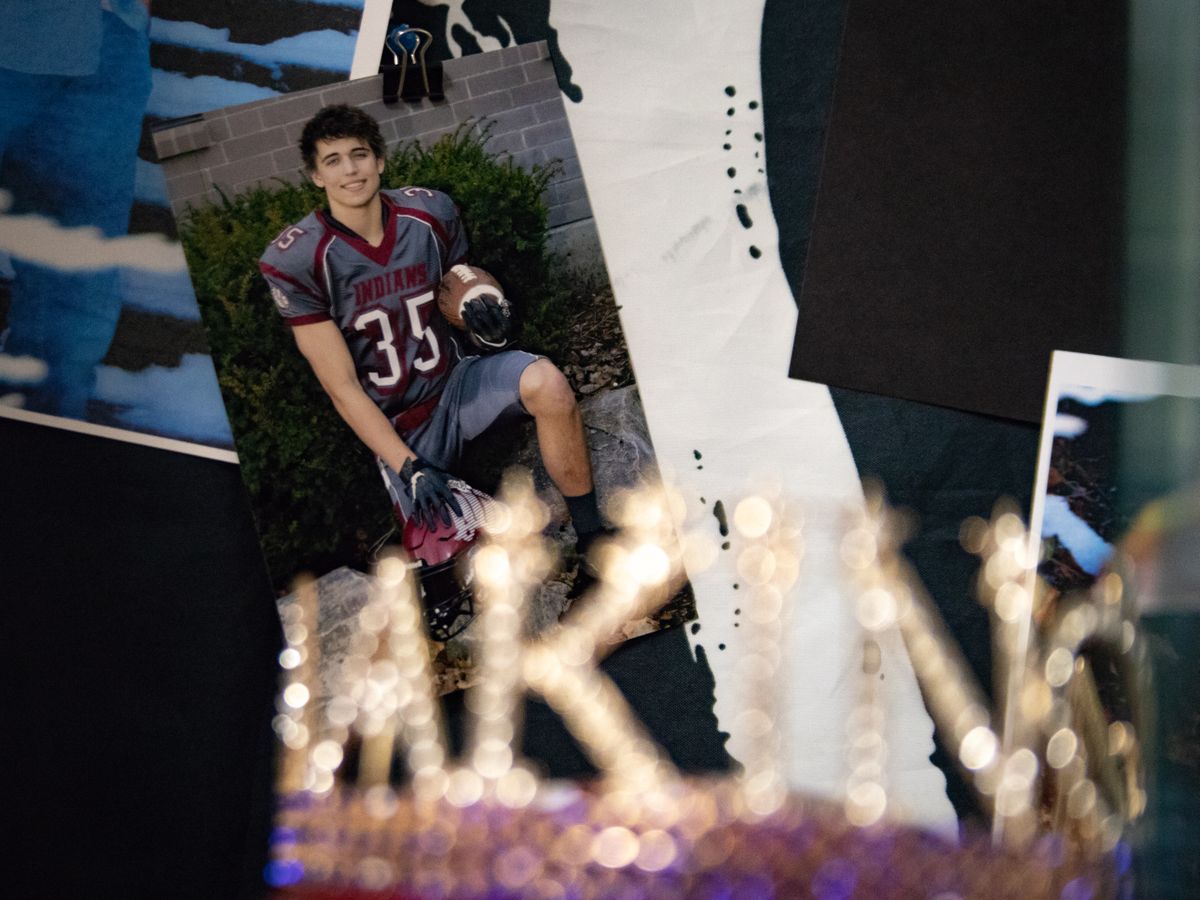 Preps: Football is a tough, physical game. It can exact a high price from those who play it. Colville’s Dale Martin paid the highest price last April, when the senior went down during a game and died 10 days later. Now, as Jason Shoot tells us, the Indians are back on the field. The memory of Martin weighs heavily upon them as they work to honor him this season.

Indians: Spokane built a four-run lead and held off Everett last night for a 6-5 win. Dave Nichols has more in this story.

Shock: Spokane’s first IFL season as a reborn franchise, which started with such promise, ended with a thud in Texas on Saturday night. The sixth-seeded Shock fell to Frisco, 44-33, in the first round of the playoffs. Jason has more in this story. 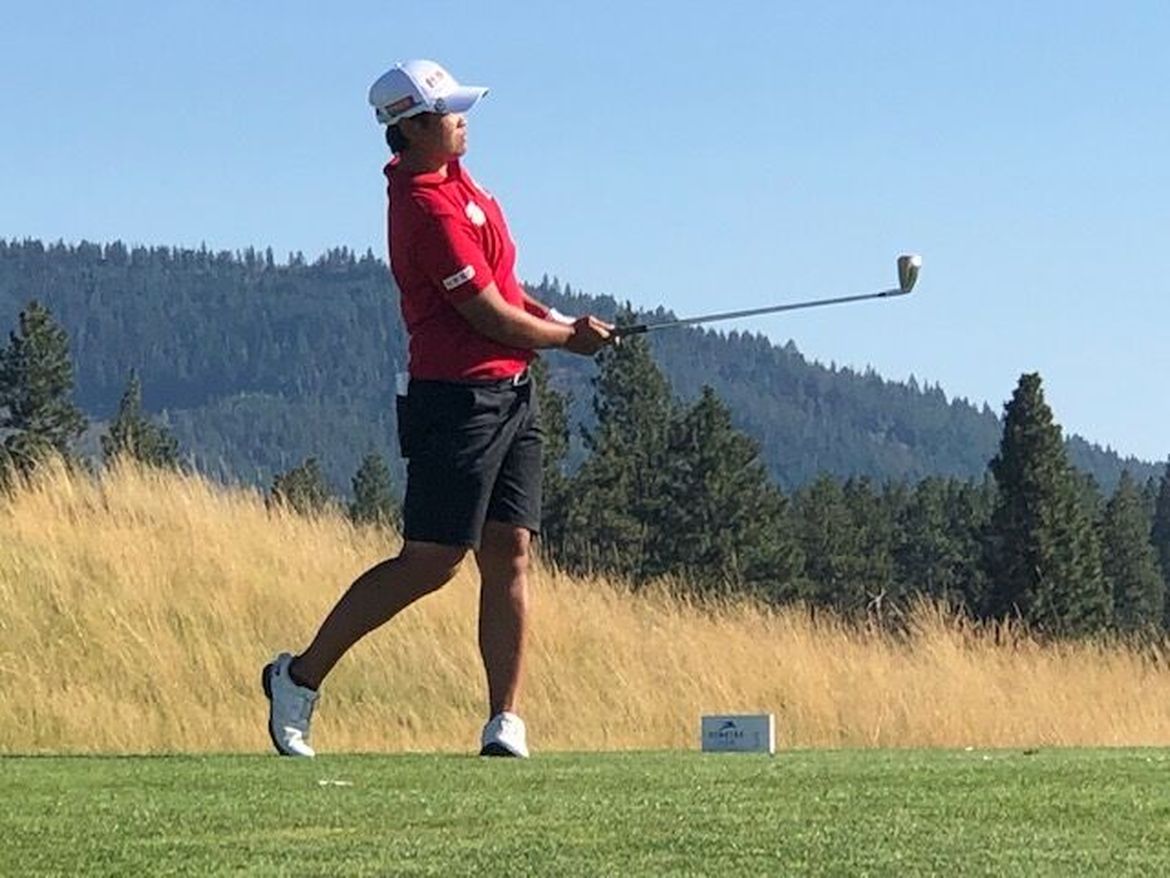 Golf: Jim Meehan has coverage of the second round of the inaugural Circling Raven Championship. He’ll be there today for the final round of the Symetra Tour event.

Mariners: Give him the deed. The Royals’ Salvador Perez owns the M’s right now. He didn’t hit another grand slam Saturday but his two-run home run helped KC to a 4-2 win over Seattle. It was the third consecutive win for the Royals over the Mariners.

Storm: The offense is in need of a tune-up. 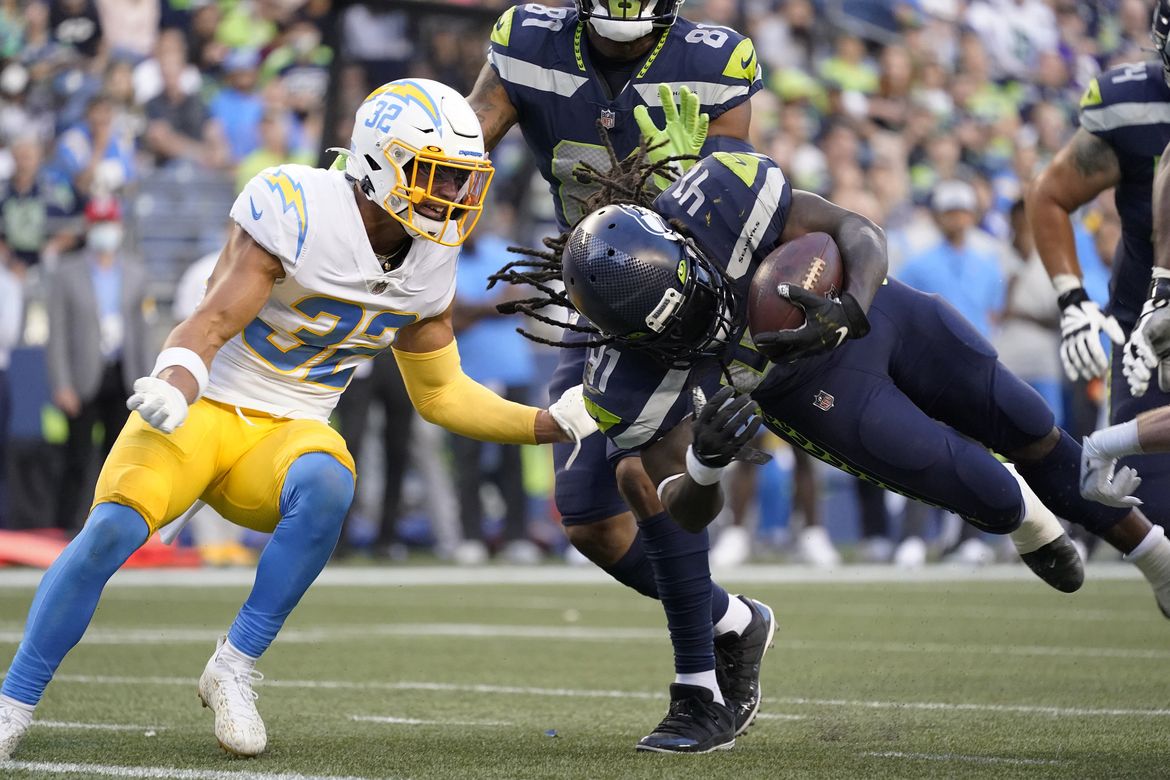 Seahawks: Most of the starters sat once again. Their first appearances in 2021 will be in the opener in two weeks against Indianapolis. But unlike the first two preseason games, this time the Hawk reserves were better than the opposition. And Seattle triumphed 27-0 over the Los Angeles Chargers. … Alex Collins made a statement in his push to be the No. 2 running back. … Dee Eskridge debuted. … Darrell Taylor showed what he can do. … Now that the irrelevant preseason games are over, who will make the roster? Cuts have to be done by Tuesday.

Sounders: There is a rare doubleheader against Portland today at Lumen Field. The Reign play first, followed by the Sounders vs. the Timbers.

• Let’s see. Yesterday I watched a lot of a bunch of stuff, as is the only way one can do it this time of year. (Unless, of course, you own multiple TVs.) I watched Nebraska lose, UCLA dominate, the M’s flail and Bryson DeChambeau hit the ball a mile. I also watched some Little League – and got angry about the format that allows two teams to split two tournament games but only one advances – and two entire movies. It was a good day. Until later …