By Taylor D. Waring For The Spokesman-Review

Counting Crows headlined the Pavilion at Riverfront on Saturday night. Michael Susich and Sean Barna were the opening acts.

“Earthquake Driver” (from “Somewhere Under Wonderland,” 2014)

With unique pop sensibility and waterfalls of Whitmanesque lyrics, Counting Crows catapulted to the top of the charts in the early 1990s. Led by frontman Adam Duritz, the band has released eight studio albums in the past 30 years with minimal lineup changes. Still, the band remains humble, fresh and grateful to be able to return to the stage in 2021.

Prior to their performance, Duritz appeared to announce the opening acts, Michael Susich and Sean Barna. Having shed his iconic dreadlock extensions, these days Duritz looks like a surprisingly normal dude. Watching him side stage singing along to their sets, you might not realize that he’s the same songwriter who wrote 1990s-defining hits like “A Long December” and “Mr. Jones.”

Between songs, Duritz remained relatable in his stage banter, discussing the difficulties of the pandemic. “The two years we’ve been away from gigging have been the longest I’ve gone without playing since I was a kid,” he said, before sharing that he now needs to keep a binder full of lyrics onstage after forgetting the lyrics to 1993’s hit “Round Here” during their hiatus. “One of the problems with these songs,” he joked, “is they have too many damned words.”

However, replicating the radio hits live has never been Counting Crows’ gig, which has no doubt contributed to their vitality over the last three decades. The band played five tracks off their 1993 breakout album “August and Everything After.” 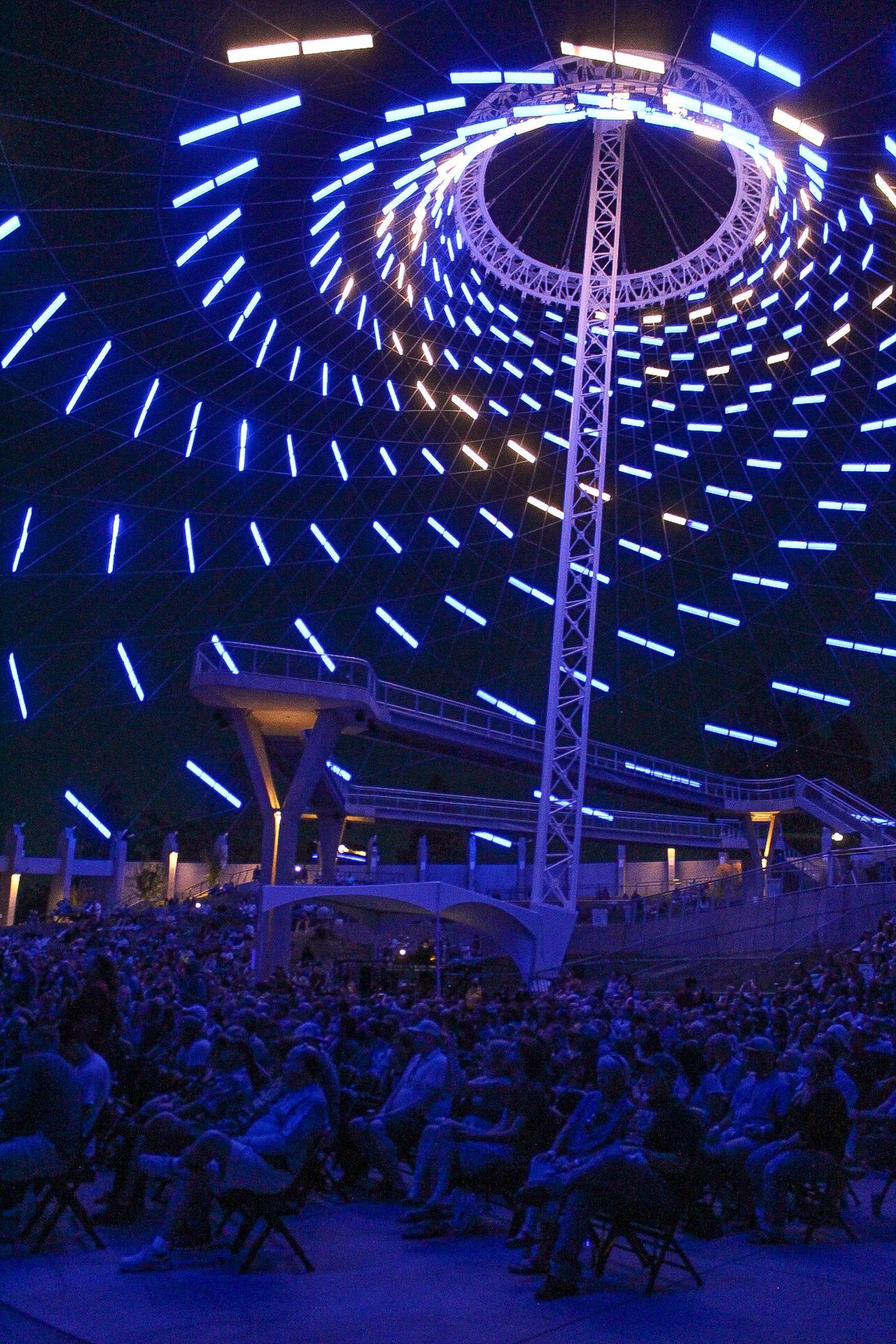 With lyrical flourishes, exploratory breakdowns and fresh takes on guitar leads, the band showcased their organic talent as a group of seasoned musicians. Where many bands phone it in with a ridiculous amount of robotic backing tracks, Counting Crows still breathe fresh life into their songs every night.

The setlist featured tracks from the 2021 EP “Butter Miracle, Suite One.” The EP was written during the pandemic by Duritz while staying with a friend in England. In the spiritual lineage of David Bowie’s Ziggy Stardust, the EP follows a reimagining of Counting Crows as Bobby and the Rat-Kings. Sonically, the tracks flow together like butter, making them a rich experience live.

Longtime fans of Counting Crows got to enjoy two covers. The first was “Four White Stallions,” a track by guitarist Dan Vickery’s pre-Crows band Tender Mercies. Duritz explained that when the band launched into stardom, they didn’t have enough songs to fill a full headlining set, so they would borrow songs from their friends, which was the case with this track.

They also covered “Blues Run the Game” by forgotten expatriate songwriter Jackson Frank. Counting Crows closed the night with two upbeat encores. First, a fun rendition of 1999’s “Hanginaround” that featured a stage filled with the supporting acts and brief solos by each of the band members, then closing out the night with 2002’s “Holiday in Spain.”

With an uplifting set and invigorating stage performance, it was clear how stoked the band and fans alike were to have Counting Crows shows back in their lives. With the rise of the delta variant, it’s difficult to tell what the state of live music will be like for the rest of the year, but everyone who knows Counting Crows knows we need to hold on to these moments as they pass.