A GRIP ON SPORTS • After the storm comes the calm. And a bunch of debris. Let’s see if we can clean up a bit this morning, shall we?

• The on-going college football coaching tsunami swept through Miami and Eugene, Ore., on Monday, leaving the Ducks a little ruffled and their followers miffed.

How could Mario Cristobal turn down a 10-year extension worth nearly $100 million dollars to, you know, go home again? Mainly because Miami is home and the Hurricanes were willing to give him as much money. That’s how crazy the carousel has become. It’s no longer a merry-go-round, that’s for sure.

More like the Haunted Mansion. And the ghosts are real.

Every college football program has them. Heck, when Jake Dickert was introduced as Washington State’s full-time coach, Mike Price and Jim Walden were in attendance. And everyone smiled. Of course, Walden’s laughter-to-success ratio probably wouldn’t keep him employed these days and everyone seems to forget Price bailed on a 10-win team as it was headed to a Rose Bowl game. Time heals most wounds.

But some fester, as it seems the one Lincoln Riley opened in Oklahoma will. The gash Cristobal inflicted on the Ducks yesterday? If Phil Knight is angry, then everyone in the Casanova Center is ticked as well.

How do you heal the hurt? You hire a new coach who is “better for the school anyway.”

And who might that be? The names being bandied about are pretty typical. Most of them, from a returning Chip Kelly to Jeff Tedford to Justin Wilcox, are basically rewrites of previous Oregon incarnations. Is that bad? Not always but the idea someone has to be of Oregon to win at Oregon seems a tad myopic. A great coach can win anywhere. Remember, Kelly was of New Hampshire when Mike Bellotti brought him to Eugene. And Bellotti was himself a Northern California guy before becoming the Ducks’ OC.

If the Ducks aren’t going to promote from within – Mark Helfrich might have ended that trend – then they need the best coach they can find. And we’re guessing it might just be someone we haven’t thought of yet.

Which will probably start the merry-go-round spinning somewhere else. 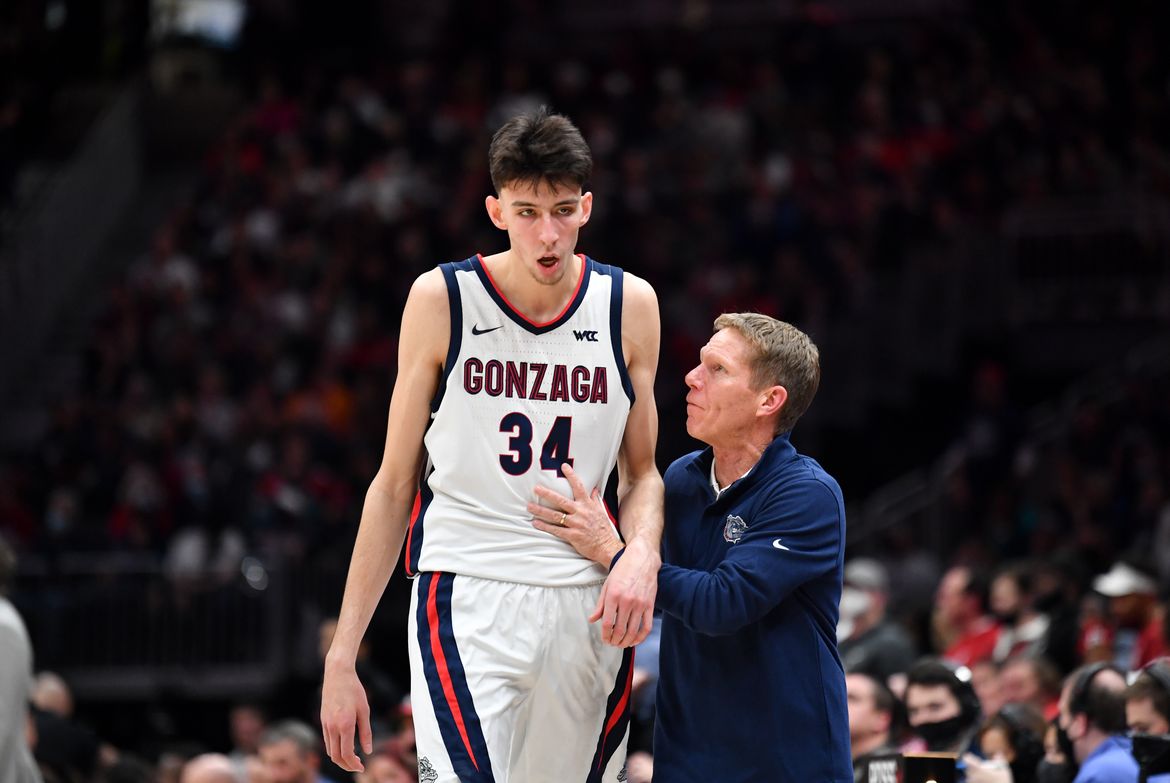 • There has been one consistent factor in the last 100 Associated Press men’s college basketball poll. Gonzaga has been in each of them. Heck, in 83 of them, the Bulldogs have been in the top 10.

GU hit the 100 milestone Monday when the latest poll was announced, though the once-top-ranked Zags fell to fifth after their second loss in three games. Still, their consistency is unrivaled recently, what with 33 No. 1 rankings in that time span.

When you look back 25 years, the road Gonzaga has traveled is so off-the-map unique as to allow only one response. Yes, we shake our head in amazement every time we think about it.

And wonder where it will lead next.

• How big is making a bowl this season to Washington State? Maybe not as big as one might think, at least as it relates to the future.

Yes, Dickert will be leading practices without an interim tag for the first time. And yes, the returning players will get a few more chances to take reps and improve. But the new offensive and defensive coordinators, the guys who will set the tone for 2022 and beyond, won’t be in charge. Their philosophies, their way of doing things, their points of emphasis won’t be part of the agenda between now and Dec. 31.

That would be impossible to implement. Which is fine. The Sun Bowl matchup with Miami isn’t about next year. It’s about this one. And the players who rode together through the canyon of crud it turned into.

Hopefully they will enjoy the next few weeks and end 2021 on a high note. Goodness knows, there were plenty of low ones the past 12 months. 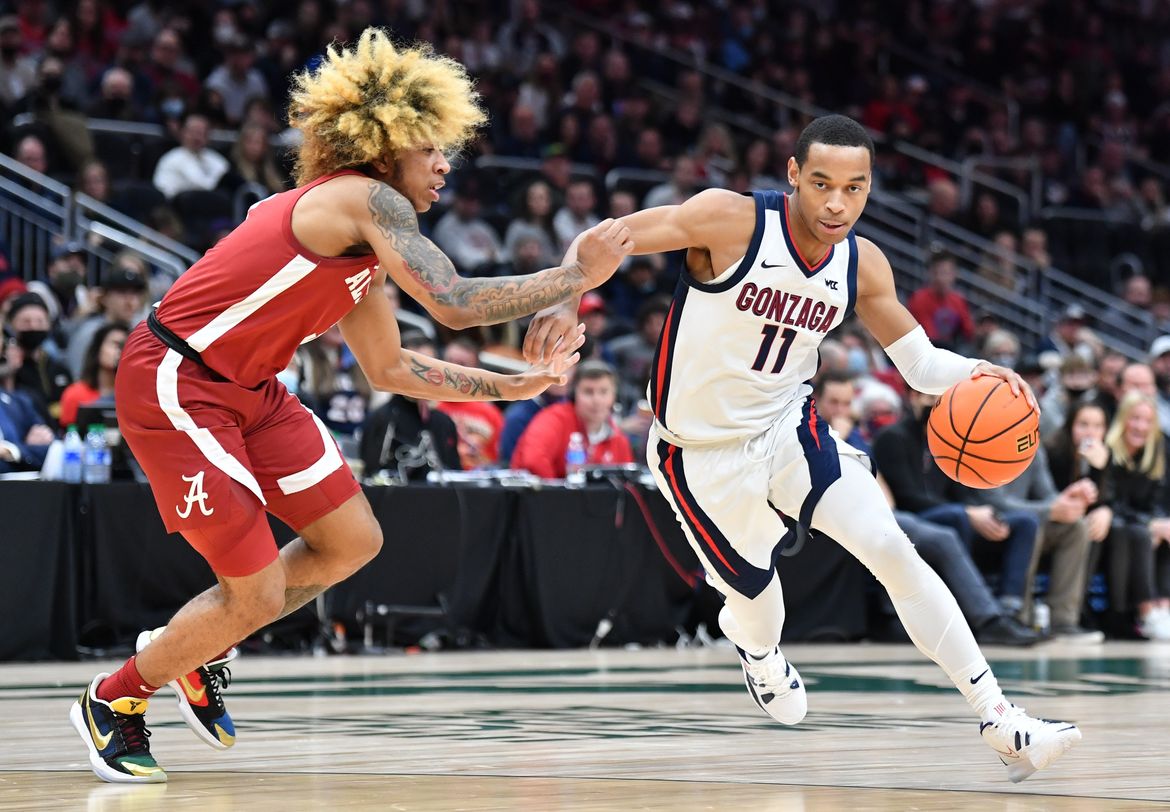 Gonzaga: We mentioned the rankings above. All those notes we referenced? You can find them here in Jim Meehan’s story. I did. … Jim also talked about the Zags on Larry Weir’s latest Press Box podcast. … Chet Holmgren picked up another WCC award. Aren’t their any other standout freshmen in the conference? Jim has the story. … The women picked up more poll votes, but as Jim Allen tells us, not enough to crack the top 25. … Around the WCC, Pepperdine picked up a win against San Jose State. … The BYU women have never been ranked higher than they are this week. The men? They fell in the rankings. … In soccer, BYU fell in penalty kicks and didn’t win the women’s NCAA title. Florida State did. 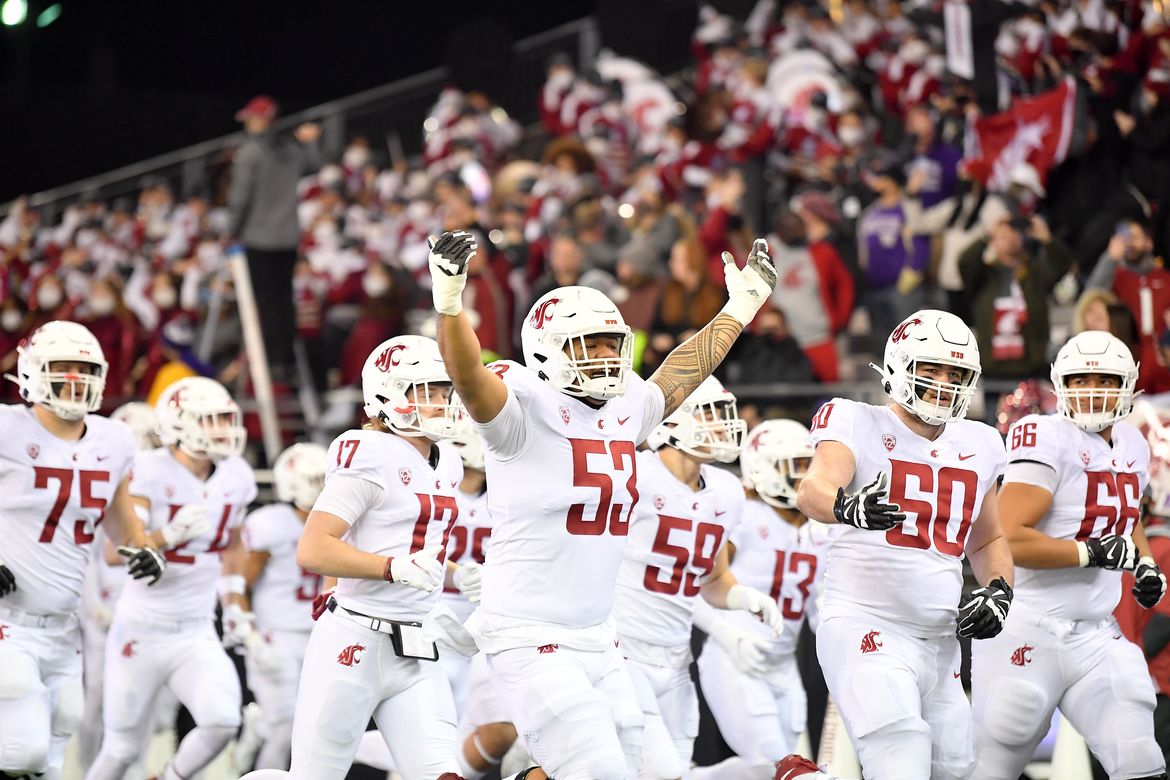 WSU: Colton Clark delves into the bowl preparations with this story. … The opponent, Miami, will be dealing with a coaching shakeup as well, one that is even deeper than the one Washington State has endured. Colton looks into that here. … Elyse Bennett became the third Cougar soccer player to earn All-American honors. That news leads off our local briefs column. … Elsewhere in the Pac-12 and college football, Jon Wilner delves into the latest shakeup in the conference’s coaching ranks. … He also has his all-conference selections in this morning’s Mercury News. There are quite a few Cougars. … The new Washington staff is coming together. … Oregon will have an interim head coach but it won’t have Kayvon Thibodeaux in its bowl game. … John Canzano thinks the Ducks will have to choose between two options for their new coach. … Utah State will be a test for Oregon State. … For the first time ever, Utah fans have to figure out how to buy Rose Bowl tickets. … The USC roster is changing as Lincoln Riley starts to take over. … In basketball news, the Colorado backcourt is struggling defensively. … Both Gach has helped Utah on both ends. … There are a lot of reasons why Arizona decided not to make Washington to forfeit. Money is the biggest one.

EWU and Idaho: Around the Big Sky, Montana State is in the quarterfinals. The bad news? The Bobcats face defending national champion Sam Houston. … Montana hasn’t been past the quarterfinals in a long, long time. James Madison stands in its way.

Whitworth: The 6-1 Pirates are already in the midst of their Northwest Conference schedule. Next up is rival Whitman, which visits the Fieldhouse tonight. Jason Shoot previews the matchup. 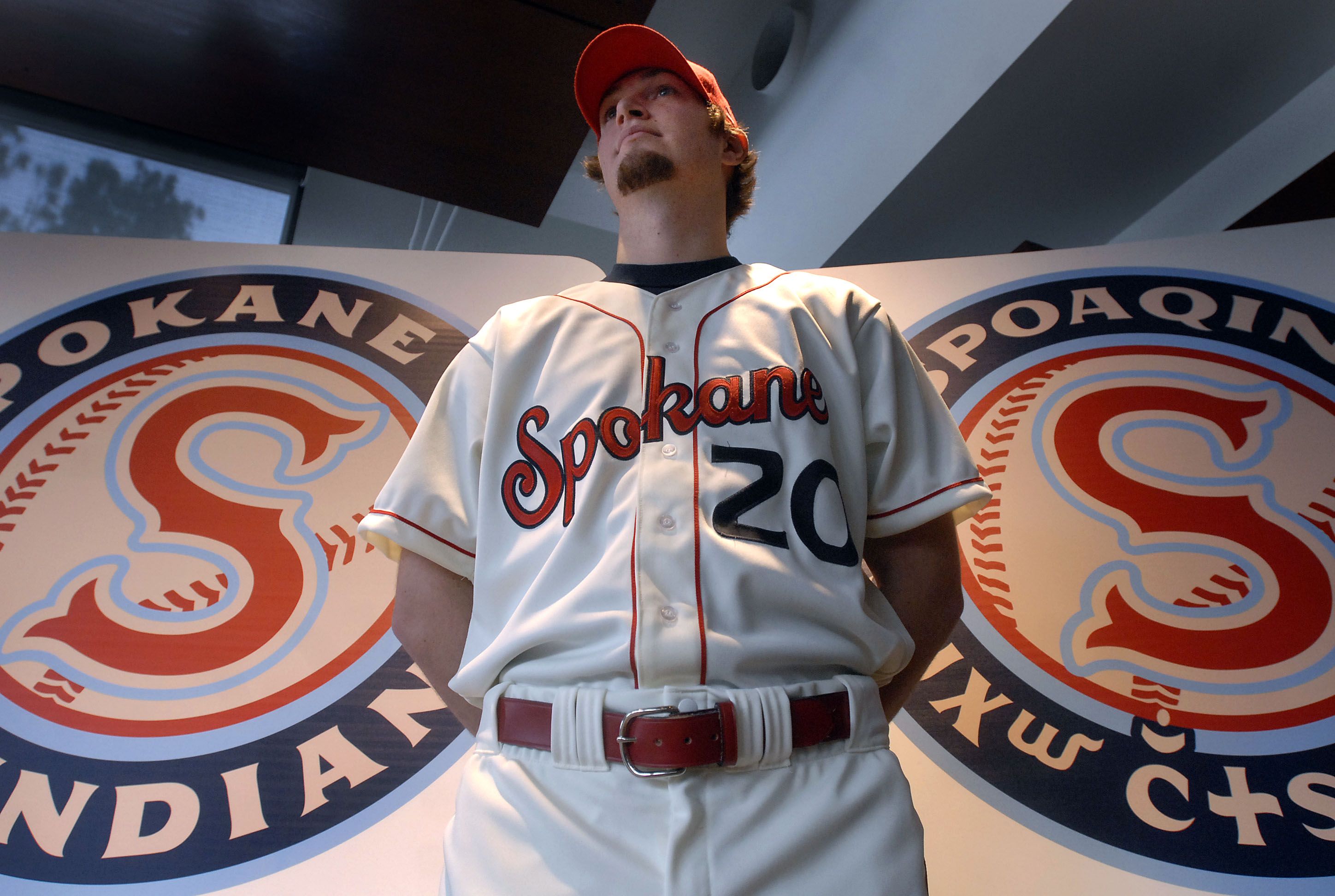 Indians: The best minor league organization in baseball? Well, for 2021, that would be the local one. The Indians were named Minor League Baseball Organization of the Year on Monday.

Chiefs: It may not signal a complete surrender, but Spokane made a move yesterday that seems more aimed at next year and beyond than the current campaign. The Chiefs sent forward Jack Finley, a captain, and a late-round draft pick to Winnipeg for two forwards and a high pick. 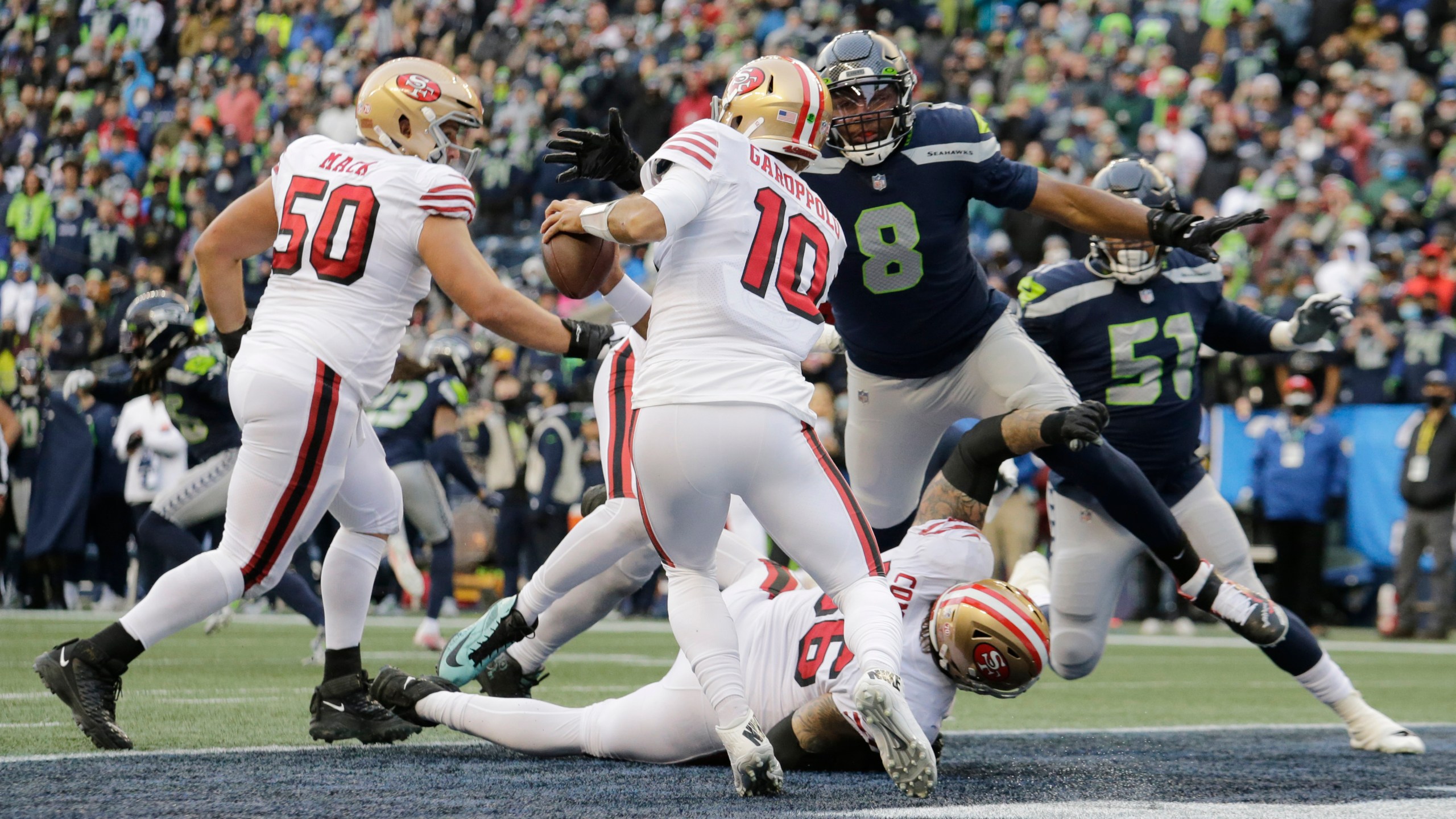 Seahawks: Russell Wilson was as healthy as he’s been in two months. Which allowed the Hawks to throw caution to the breeze. … Carlos Dunlap made the game’s biggest play. Now maybe Seattle can figure out a way to help him get to the quarterback more. … Questions and answers. That’s a Monday thing. … Who will carry the ball this week? … The team received vaccine boosters yesterday.

Kraken: Uh, that hot streak? Forget about it. Pittsburgh cooled down the Kraken with a 6-1 win at Climate Pledge Arena.

• Every Dec. 7 I try to put myself in my dad’s shoes. On a Sunday morning 80 years ago today, he woke up probably thinking about a baseball game or some girl (maybe even my mom). He was 16 years old. In less than a year he would be in the Navy, his whole life turned upside down by events 2,500 miles from his home. I can’t imagine how I would have responded at 16. Not as well, certainly. Thanks pop. And thanks for coming home safely – for obvious reasons. Until later …