With the game threatening to play out as it did four nights earlier, Cierra Walker flipped the script.

She also may have rescued Gonzaga’s season.

The Zags trailing underdog Stephen F. Austin for most of the second half, but Walker hit a pair of 3-pointers to give GU a 64-54 nonconference win Sunday night at the Kennel.

“It feels great,” said Walker, a senior who had missed a potential winning shot at the buzzer in a two-point loss Wednesday night against Washington State.

The Zags were in a similar scenario against Stephen F. Austin, which led 52-50 with just over three minutes to play.

However, Walker drew a foul on GU’s next possession and made both foul shots, and the Zags would never trail again.

Kaylynne Truong, starting her fourth straight game as her twin sister Kayleigh heals from a knee injury, hit a short jumper to give GU the lead for good.

But it fell to Walker to all but ice the game with back-to-back treys, the second coming with 52 seconds left and putting GU ahead 60-52.

“I knew we had a rally in us,” said Walker, who matched Truong with a team-high 18 points. 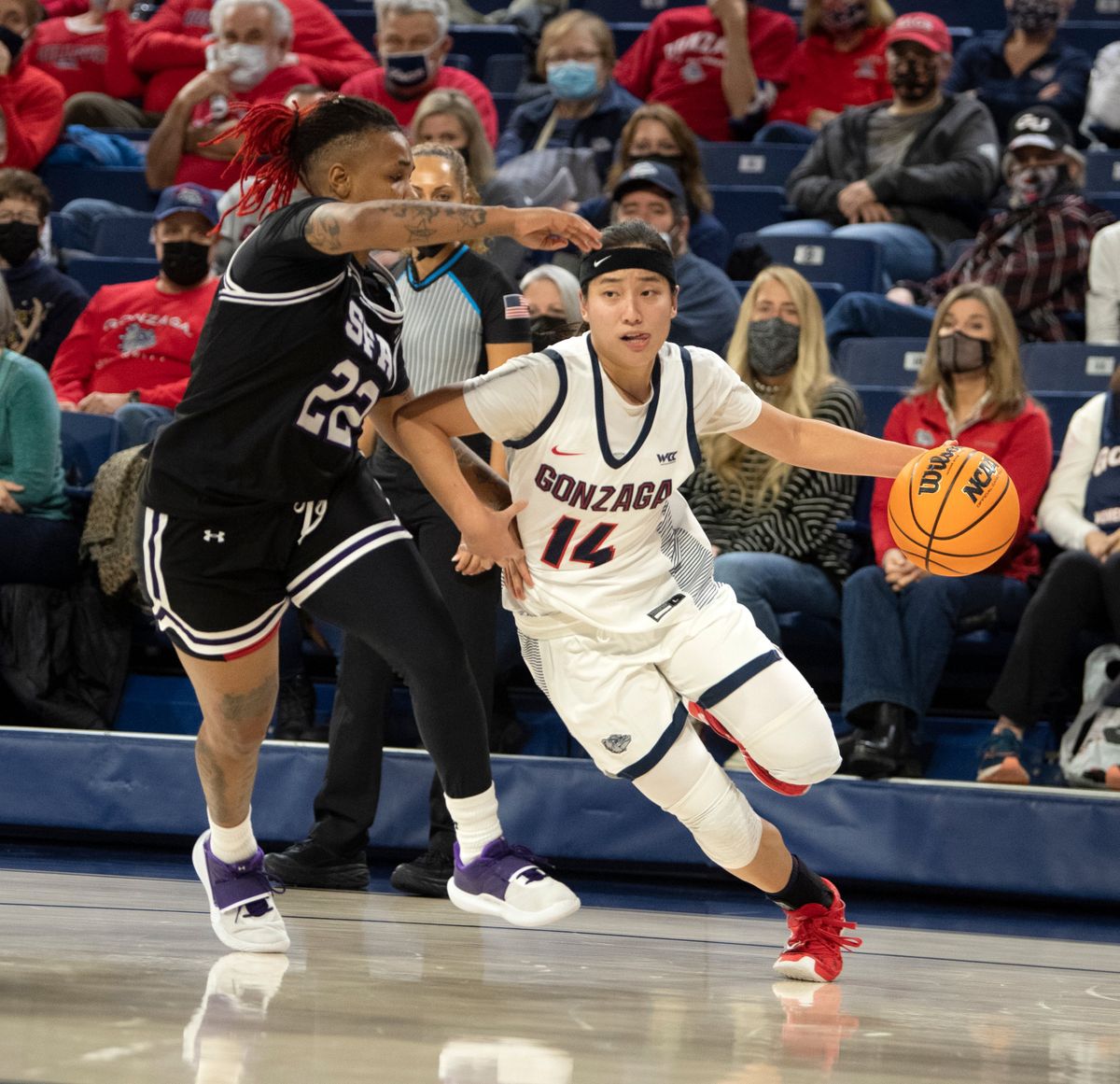 A loss to the lightly regarded Ladyjacks would have been GU’s third of the nonconference season, lengthening the odds of earning an at-large berth in the NCAAs should they fail to win the West Coast Conference tournament.

Instead, they go into finals week and a Dec. 19 game at UC Davis with an 8-2 record and renewed confidence.

Gonzaga shook off early full-court pressure to take a 7-2 lead, but the Ladyjacks took a brief 12-11 lead before Truong hit a long 3-pointer.

More concerning, GU had turned the ball over 13 times in the first half.

A late 7-0 run helped give the visitors from Nacogdoches, Texas, a 24-22 lead at halftime.

The second half opened with an offensive foul called on Virjoghe and a layin on the other end that gave the Ladyjacks the first of several 4-point leads.

However, GU rallied to force a 51-all tie going into the fourth quarter.

“I like the adjustments we made,” Coach Lisa Fortier said. “Against the pressure we were trying to get rhythm, get a little bit of movement.”

That also led to fewer mistakes; GU had just five turnovers after intermission.

Regular starter Kayleigh Truong saw action against WSU, but was in street clothes Sunday night. “There was some swelling in the knee,” Fortier said.

The Zags also were without forward Eliza Hollingsworth, who was suffering a non-COVID illness.

“We knew we had to win on the boards,” said Virjoghe, who also had four blocks while Yvonne Ejim had five.

The game was planned as the second half of a split doubleheader with a men’s game against Washington. That game was scrapped by COVID-19 issues on the Husky team, but the women’s game will go on as scheduled.

The Zags won’t be home again until Dec. 30, when they open WCC play against San Francisco.