A GRIP ON SPORTS • With the Seahawks playing a traditional midweek NFL game, we have a little more free time this Sunday to examine another aspect of football’s many traditions.

• Is it really a great bowl season if the Pac-12 isn’t figuring out a way to lose games the conference members should probably win? 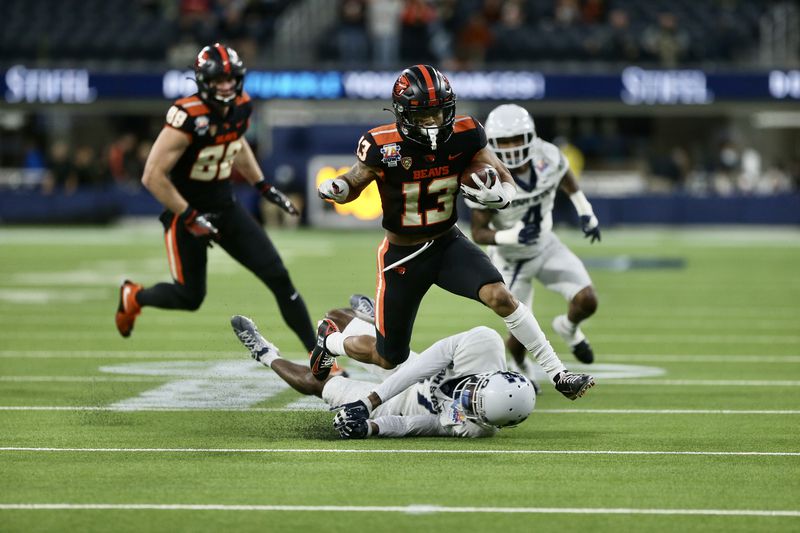 If that’s the case, then the next few weeks should be fun. The Conference of Bowl Mediocrity got off to a good start yesterday in Los Angeles. Oregon State, the darling of the upset crowd until it blew a tire in Pullman a couple months back, couldn’t get out of its own way in a loss to Utah State.

Both schools had entered the Jimmy Kimmel Bowl with feel-good narratives. But only one school had a conference title and a victory over Washington State. Yes, Utah State, like its big brothers in Salt Lake City, earned that prestigious double this year. So the Aggies probably should have been the smart pick.

Especially since the Beavers displayed a tendency this season at times to trip over their feet. Or arms, to be more precise. OSU seemed too strong for Utah State up front. And yet the Beavers weren’t content to push the Aggies around and dominate with their running game. Instead, there were multiple big-play chances taken. Unsuccessful chances.

Utah State appreciated the gesture. And the 24-13 victory.

• Stretching the floor had been of Gonzaga’s weaknesses this season. Given the Zags had converted quite a bit less than a third of its 3-point shots in their last four games, it was a weakness pretty much everyone was aware of. Including the Bulldogs themselves. And the coaching staff.

So the Red Raiders decided to gamble the cold streak would continue. They packed the paint. Took away Drew Timme. Closed off driving lanes. Dared Gonzaga to beat them from the outside.

• Let’s see if we have this right. COVID-19 cases are spiking everywhere. The NHL has tightened its rules. The NBA is dealing with more absences. Colleges left and right are dropping games, hoping to get through the surge before conference play begins in earnest. High schools, at least in Washington, have tougher rules to follow.

And the NFL is going to quit testing vaccinated players and staff.

The league seems to be employing the Sgt. Schultz method. If it knows nothing, everything will be OK. The same strategy baseball employed with steroids for many years. It worked for that sport so well.

At least the league had the courage to announce the change. Owned it. Understood its ramifications. Gave players a way to avoid their teammates indoors. Allowed those at high risk to opt-out. Basically just said “we’re playing, infections or not.”

Good luck with that. 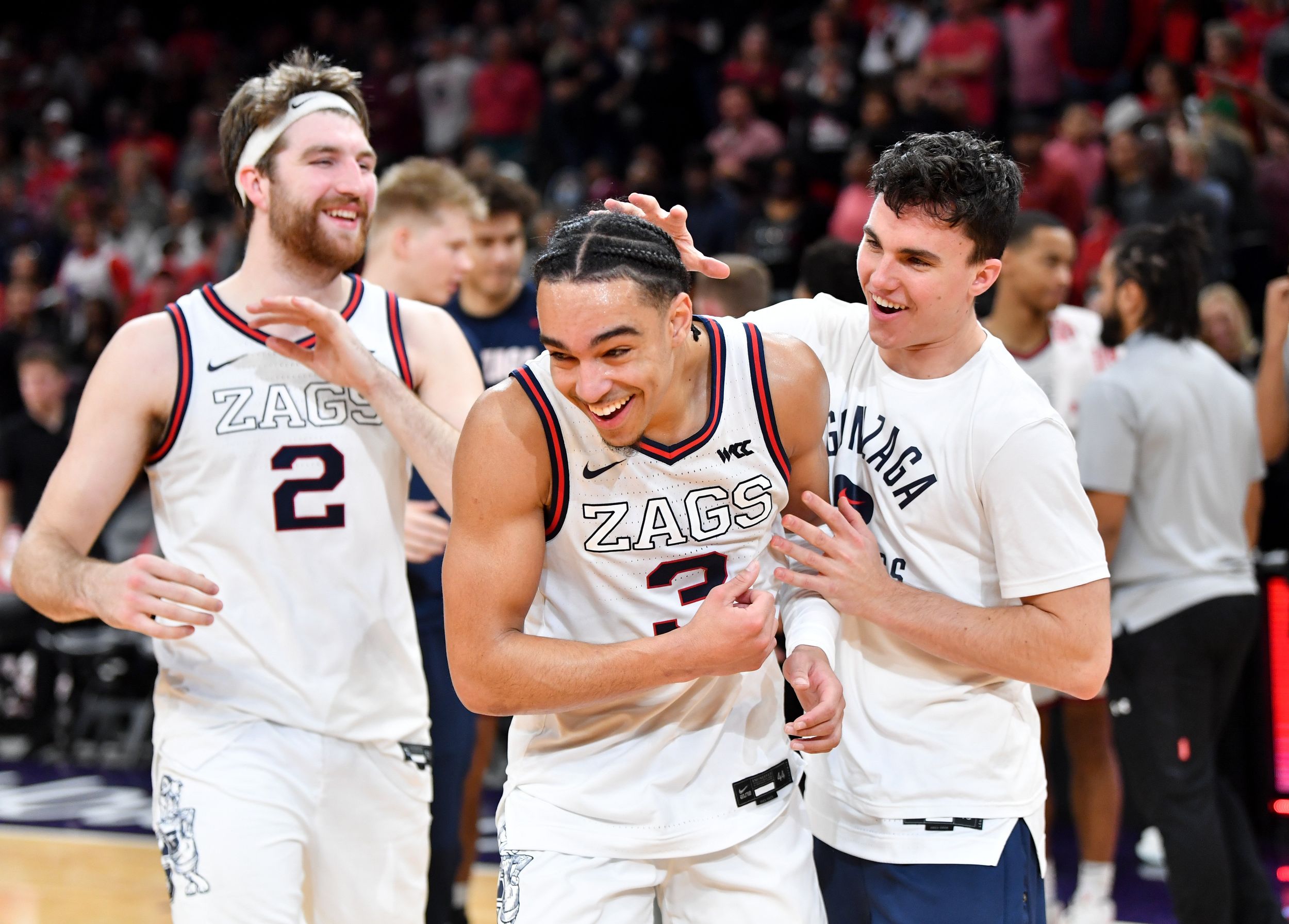 Gonzaga: Theo Lawson and Jim Meehan were in Phoenix yesterday. Theo took care of the game story and the difference makers. Jim handled the rest, including a story on Andrew Nembhard’s strong game. … Tyler Tjomsland was there as well and has this photo gallery. … The folks in the office put together a recap with highlights. … The Gonzaga women are in Northern California today to face UC Davis. Jim Allen has this preview. … Around the WCC, BYU shot down Weber State from long range. … San Diego got past visiting Northern Arizona. … USF lost for the first time, falling on a last-second shot at Grand Canyon. 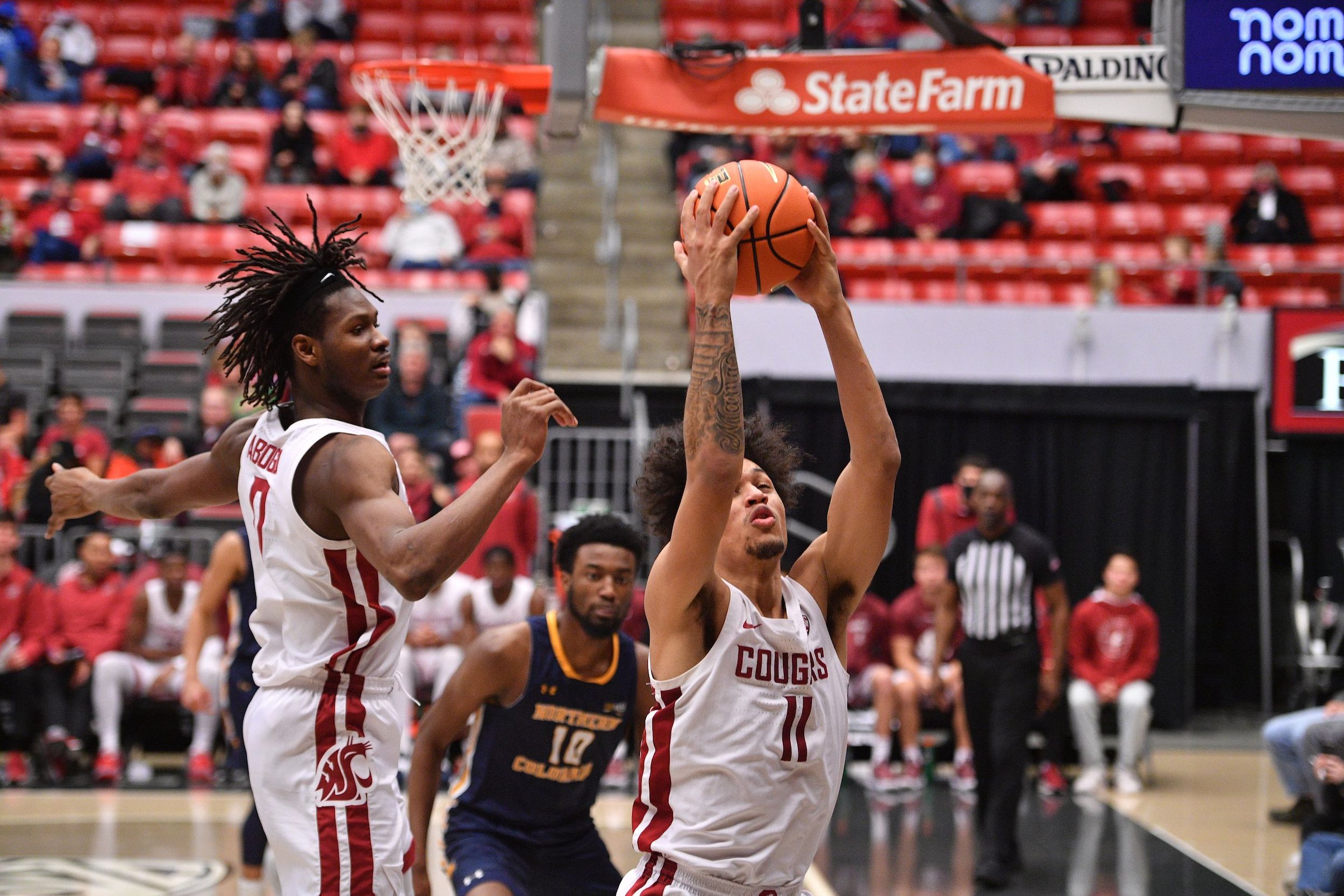 WSU: The Cougars welcomed Northern Colorado to Beasley Coliseum yesterday and were pretty rude about it. They routed the Big Sky’s easternmost member 82-56, riding the outside shooting of DJ Rodman to their eighth win. Colton Clark has this game story. … Elsewhere in the Pac-12 and college football, Jon Wilner takes a look in the Mercury News at the past week for the conference, including next year’s quarterback situation. … The Beavers’ upset loss – they were a touchdown favorite – put a damper on what had the potential to be an uplifting season. … Arizona’s recruiting class was better than expected. … In basketball news, Tommy Lloyd’s first 11 games at Arizona has been pretty darn successful. He’s the first Pac-12 coach in a century to win them all after the Wildcats ran past Cal Baptist. … USC is also undefeated after topping Georgia Tech. … Washington returned to the court and defeated cross-town rival Seattle U. … Colorado got past Cal State Bakersfield in Boulder. … On the other end of the spectrum, No. 1 Baylor invaded Eugene, turned up the pressure in the second half and defeated Oregon. … Oregon State also lost again and to a much-less heralded opponent. … COVID-19 seems to be winning against UCLA right now. 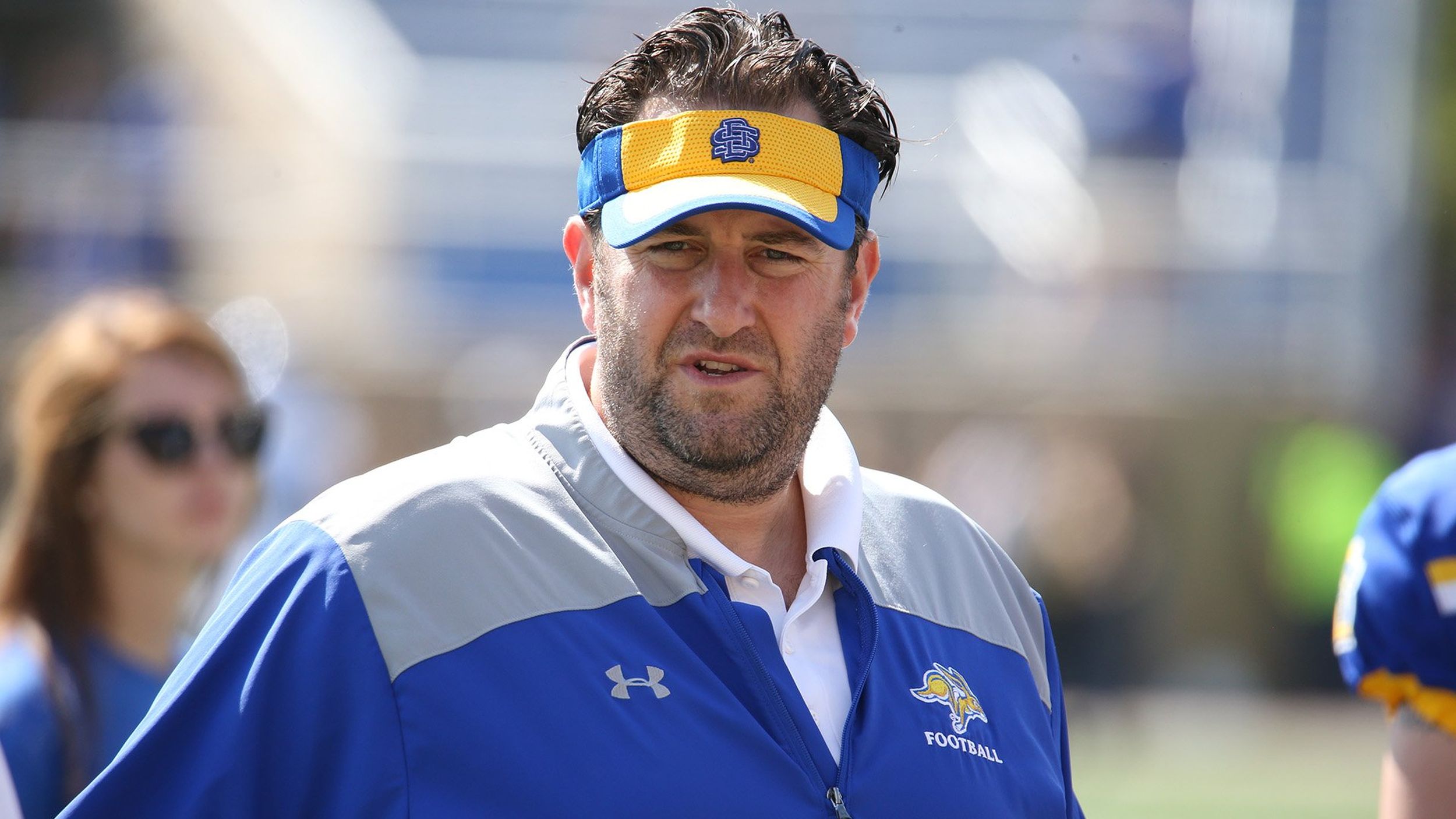 Idaho: The Vandals have their football coach. The school announced Saturday Jason Eck, South Dakota State’s offensive coordinator and a former UI assistant, would return to Moscow as the head coach. Jason Shoot has that story. … Peter Harriman covered the Vandals’ 84-55 home basketball win from last night. … Around the Big Sky, Montana State is headed back to the FCS title game for the first time since the Bobcats won the 1984 title. They earned the championship shot with a win over South Dakota State. … In basketball news, Weber State fell to BYU. … Idaho State made 20 3-pointers in an easy win.

Chiefs: A return game with Portland resulted in a 4-1 loss to the Winterhawks. Kevin Dudley has the story.

Seahawks: We mentioned the new rules above. … The Rams are getting healthier. 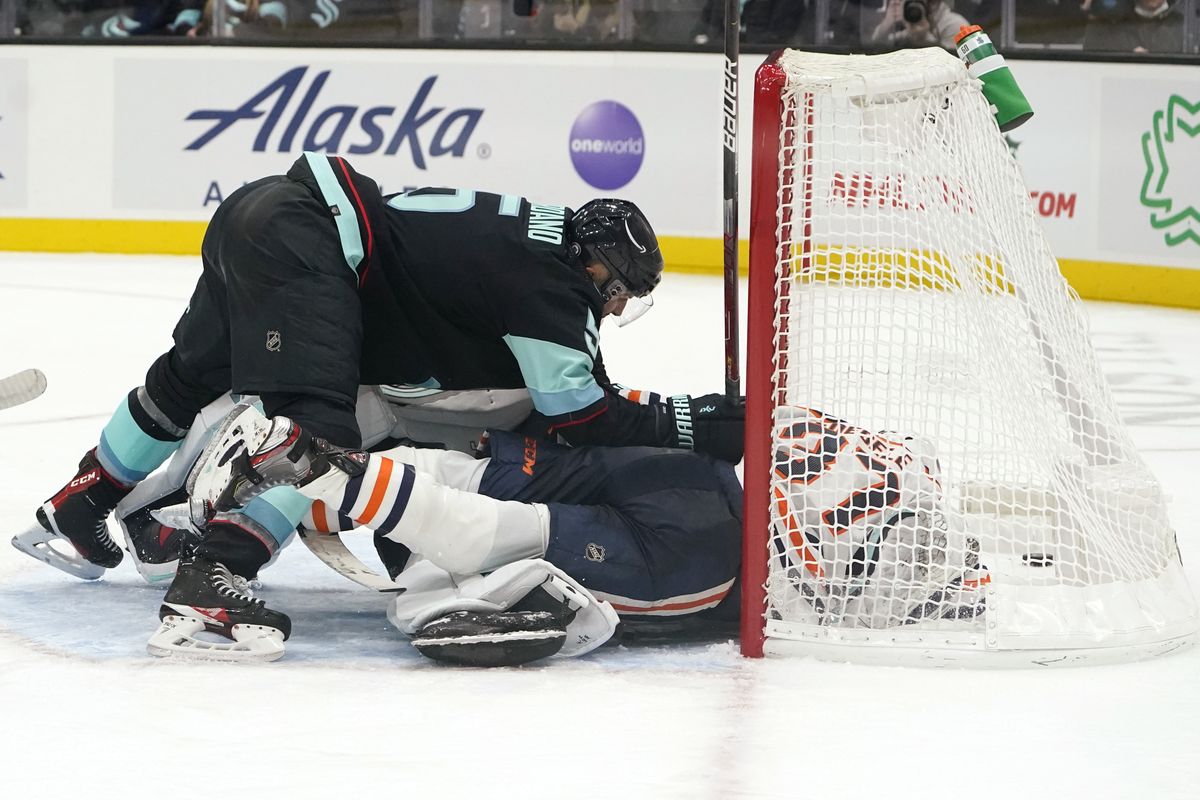 Kraken: Edmonton scored on a disputed goal and went on to defeat the Kraken 5-3 in Climate Change Arena. Both teams are dealing with coronavirus issues.

• Getting back from the Seattle area won’t be easy today, but it’s better than it was last night. Early in the day the conditions were so bad, we were told, it was a slow, slow trip across to the best side of the state. Then they got worse. The pass was closed. At least now it’s open though we’re guessing the usual 4 ½ hour drive will be quite a bit longer. Let’s hope our puppy is up to it. Until later …