A GRIP ON SPORTS • We are feeling a bit nostalgic today. Kyle Seager is the reason. And his decision, announced Wednesday, he’s retiring from baseball. It made us think of a time we thought was long past.

• For more than a century, Major League Baseball owners were truly that. Owners. Of others. Thanks to a Supreme Court ruling, the owners were able to put what was known as the reserve clause in players’ contracts, binding individuals to teams for perpetuity. Then along came Curt Flood, Marvin Miller and freedom. Before the dawn of the free agent era, great players (and some fair-to-middling ones) would spend their entire career with one organization. They couldn’t do anything about it. They were stuck.

But free agency changed that. Players could shop their talents if they wanted. Long-term relationships between players, a city and a fanbase seemed as old-fashioned as a manual transmission. Except in rare cases.

We’ve had a few of those cases in the Northwest.

Edgar Martinez. A Hall-of-Famer who spent his entire 18-year career in a Mariner uniform. Felix Hernandez. The Cy Young-winning pitcher who also did, but really didn’t, as he been forced out, only to be waylaid by COVID-19 and injuries, retiring quietly without playing for anyone else.

This one is different. A throwback, if you will, to those olden times when a player, a solid-but-not-great player, held down a spot in the lineup for years, ingraining himself into a city’s core over time. Consistency, the day-in, day-out heart of the game, personified in a single uniform.

Yes, Seager was consistently in the Mariner lineup for the past 11 years, a mainstay of their usually inept teams. In that way he was a relic. But in all else, he was a modern player. 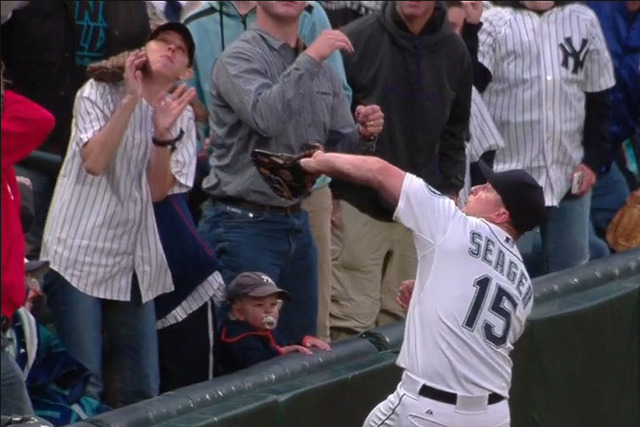 His fielding ability was exceptional, founded in modern fundamentals and built with an unsurpassed work ethic. His approach at the plate was fly-ball driven, a swing grooved to lift the ball out of the park or strike out trying. A player who mainly used just one side of the field. The very model of a modern major league hitter.

That led to maddening bouts of inconsistency at the plate. He was streaky, getting hot and carrying the M’s for weeks at a time and then going ice cold for a similar period. He usually started the season slowly – hitting .246 throughout his career in March/April – and ended it the same way – .230 in September/October.

Oddly, for someone who never felt the need to leave Seattle, he was a better hitter away from Safeco/T-Mobile, and by quite a bit. He hit more than 50 fewer home runs in front of the home fans. For some reason, he seemed to love hitting in Texas. He hit 34 of his 242 home runs in Houston or Dallas/Ft. Worth.

And yet, as he aged, he became more and more of a Seattle favorite. Maybe Shakespeare had it wrong. It isn’t absence that makes the heart grow fonder, it’s at-bats. More and more of them in a Seattle uniform. With 5,561, he finished fourth in that category as a Mariner. Only the team’s Hall of Famers (or soon to be), Ichiro, Edgar and the Kid, are ahead of him.

Seager realized as his contract ran out in September he didn’t want to play anywhere else. Having made in the tony neighborhood of $100 million in his career, he didn’t have to. He could walk away, the last thing echoing in his mind the adulation of Mariner fans at that impromptu goodbye ceremony.

In that, he was a throwback to a simpler time. Not better, but simpler. And maybe, just maybe, he’s a trendsetter. And baseball will be better for it. 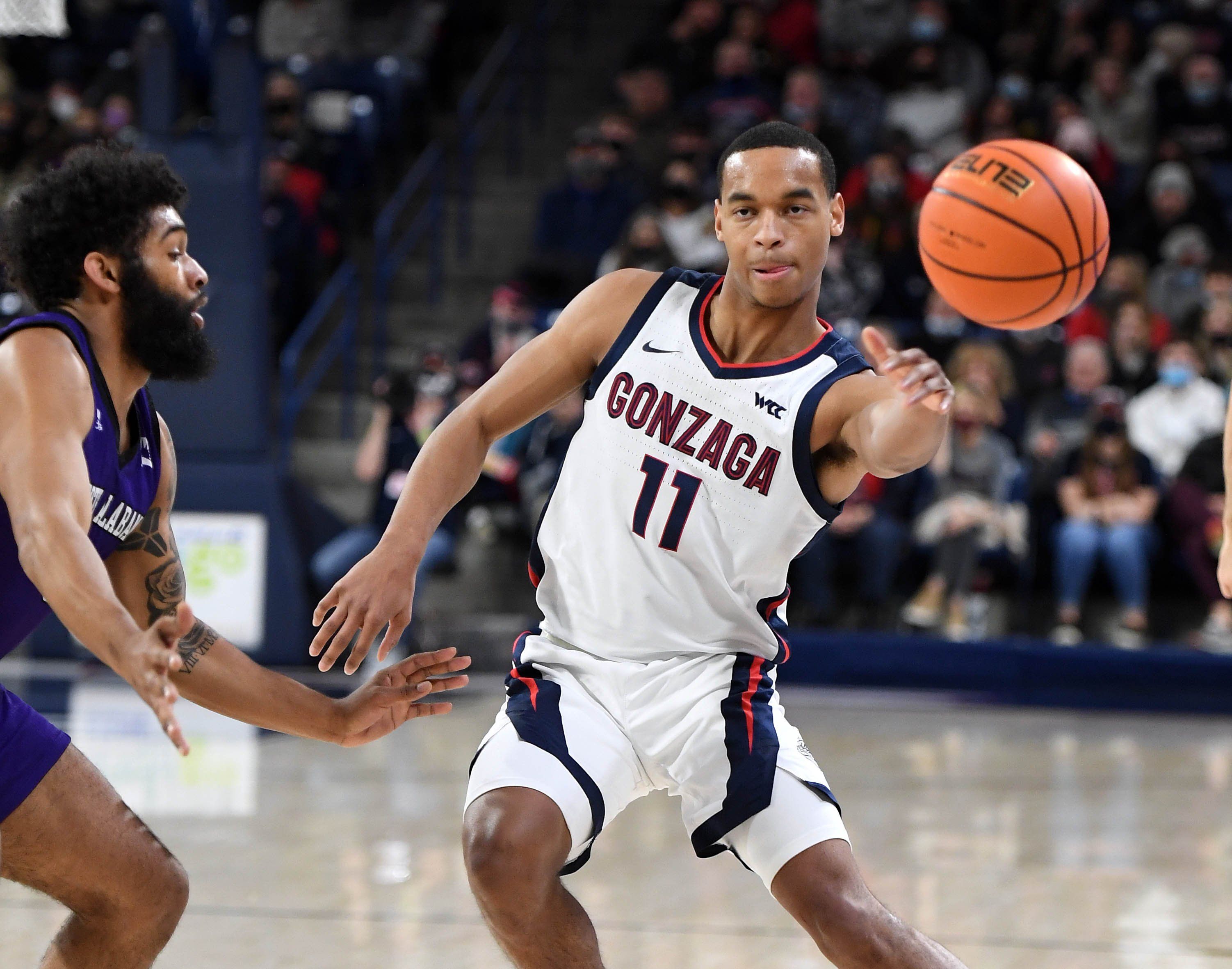 Gonzaga: As the virus rips through the West Coast Conference – only two of this week’s seven scheduled league games will be played – the Zags try to stay healthy and flexible. Jim Meehan has this story on what they are doing on both those fronts. … The women will not play at all this weekend but that didn’t stop Jim Allen from putting together this WCC preview. BYU is the league favorite. … Around the WCC, the conference has four teams in this mock bracket. … BYU finished its nonconference schedule last night with an easy win. But the Cougars and others will miss conference games this week.

WSU: We put a qualifier on our preview of what was supposed to be the first meeting of the basketball season between Washington State and Washington last night in Pullman. We are glad we did. Sad it was needed, though. And was correct. … Jake Dickert is not only the newest WSU football coach, he’s also an S-R difference maker. Colton Clark has that story. … Colton, who is in El Paso, is really focused on football and Friday morning’s Sun Bowl. He has this notebook, which highlights the Cougars’ lack of running backs, and a story on an incoming defensive lineman. … Theo Lawson is also in Texas. He delves into the process WSU and the Sun Bowl folks put together to get the Cougars a replacement team. … Elsewhere in the Pac-12 and college football, Oregon (or a ghost-like representation of the Ducks) played in Wednesday night’s Alamo Bowl against Oklahoma. But it wasn’t close as the Sooners won 47-32. There were some names called in the broadcast I had never heard before. … Will the Rose Bowl go on? Utah is cross-training a few positions just in case. After all, Kyle Whittingham has been waiting for this his entire career. But the Utes have no control over Ohio State. … UCLA has to decide what to do with Chip Kelly, who has only a year left on his contract. Jon Wilner looks at that in this Mercury News story. … The Bruins had “a significant number” of COVID-19 cases before pulling the plug on the Holiday Bowl. … Losing bowl games are awful for the cities that sponsor them. … In basketball news, the newest CDC guidance concerning COVID-19 may lead to the conference changing its protocols. Wilner delves into that in this S-R piece. … The number of games postponed is beyond count (at least I don’t want to). The schedule includes replacement teams being penciled in – Arizona State is playing at California on Sunday – and other games being pushed back to whenever. … The women are especially hard hit, with just a game or two still on tap for this weekend. …The Colorado men hope to get back on track. … Utah hopes to return to past success. 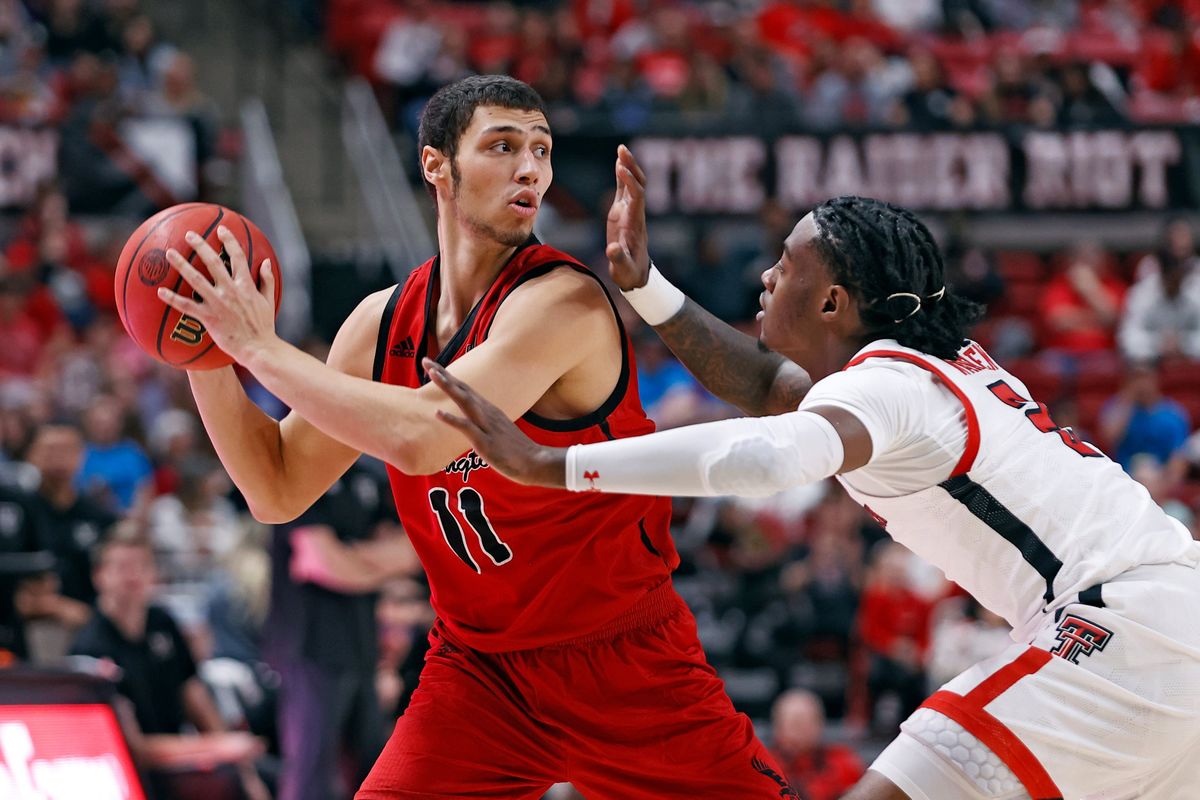 EWU: When David Riley was deciding on a coaching staff, Roberto Bergersen was one of the options as an assistant. And his son, Rylan, would also available as a transfer. Riley made the hire and Rylan has become a mainstay of the Eagles’ attack. Dan Thompson has more in this story. … Around the Big Sky, Montana hopes to return to play against Idaho State. … Montana State also plays the Bengals and Weber State, in a big week for both. … In football, Brent Vigen has taken a long journey to the FCS title game.

Preps: Holiday basketball tournaments are all the rage and Dave Nichols has their results in this roundup. 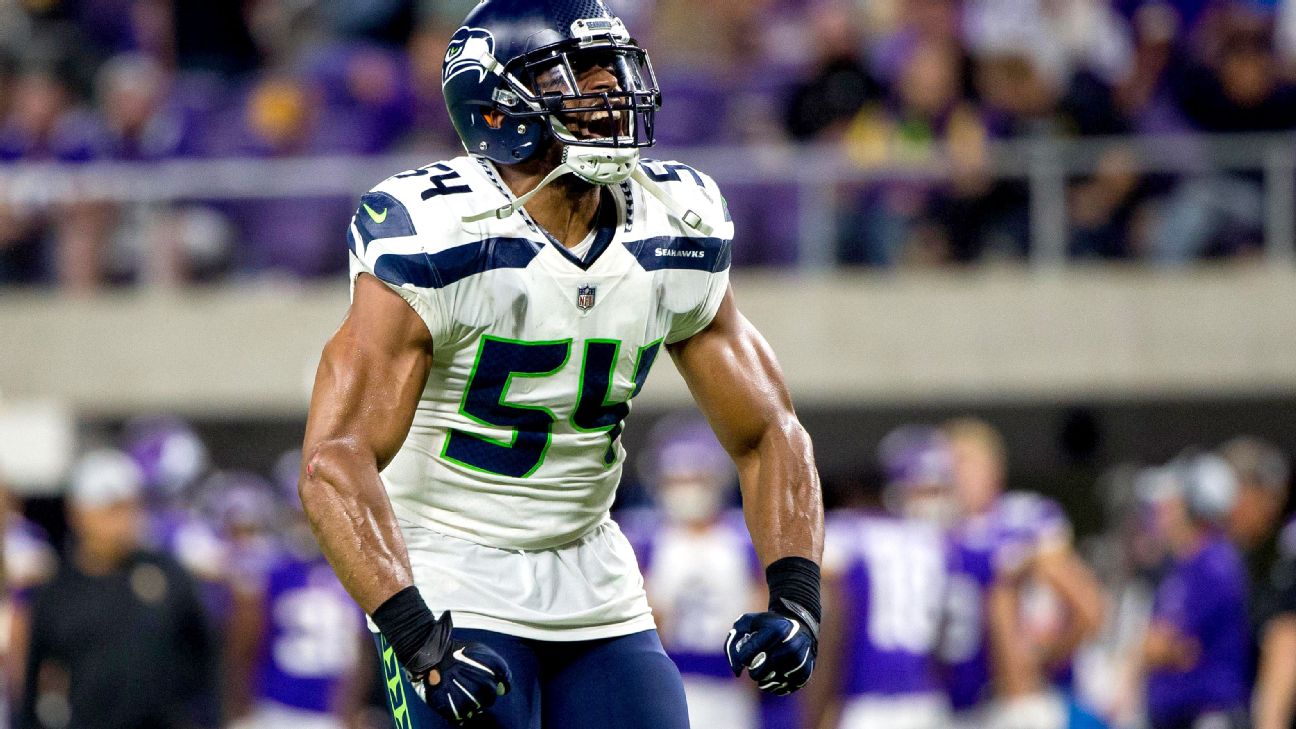 Seahawks: Will Bobby Wagner fit into Seattle’s plans? … Marshawn Lynch is in Pete Carroll’s corner. … The Hawks’ tough season might impact John Schneider’s tenure with the team. … The NFL’s protocols are not enough for some coaches. … Adrian Peterson’s short stint with the Hawks is over, done in by injury.

Mariners: We delved into the Seager news above. But we have a little more to add from other sources.

Kraken: Its long COVID-19-caused hiatus over, Seattle returned to the ice last night and lost 3-2 to visiting Philadelphia.