A GRIP ON SPORTS • We will be welcoming February, 2021 with all the pomp and circumstance it deserves. And a high that may just hit 50 degrees in Spokane. Now that would be something. Unlike the sports scheduled for today.

• Before we move into what’s ahead this month, or even what happened yesterday, we have some breaking news to pass along. 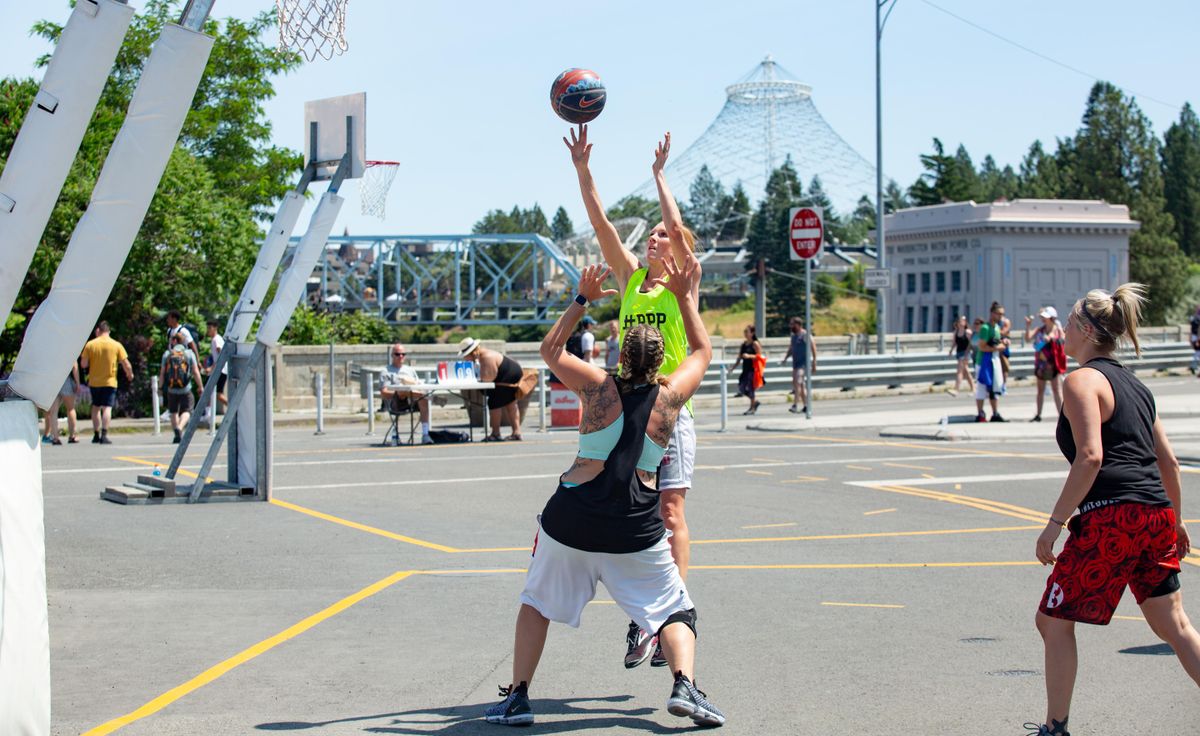 Hoopfest this year will have a new date, Sept. 11 and 12. The change was announced today and the reason given will surprise you. Wait, no it won’t. COVID-19. The idea is to ensure a greater chance to play as, hopefully, the pandemic will have run its course by the late summer.

We missed Hoopfest in 2020. No, we don’t play anymore. But we do enjoy the atmosphere downtown during the event. It’s the best weekend of the year in Spokane as the city comes alive with one goal, to have fun while playing a game.

Before the coronavirus, that seemed really cool. After? It will be even more special.

• What will February hold this year? The month kicks off with the Super Bowl, as usual. It includes Presidents Day weekend, which is nice. There is the year’s first major tennis tournament, the Australian Open. And, of course, through it all, college basketball season winds toward next month’s climax.

The four weeks that make up February in the Inland Northwest are usually among the coldest four weeks of the year. It was 25 years ago when the thermometer dropped to -24 degrees (Feb. 2, 1996), a date burned into my memory as “The Night The Heater Never Stopped Running,” starring John Saxon as George and Georgia Engel as Madeline.

But there is always hope. As Gonzaga and Whitworth make their annual plans for postseason play, the days grow longer, the nights warmer and the promise of spring intensifies.

Then again, who wants spring to come this year? I mean, really. Having to go outside again. The horror.

• Horror, thy name is Husky basketball. What the heck has happened in Seattle to two programs that were pretty good recently? 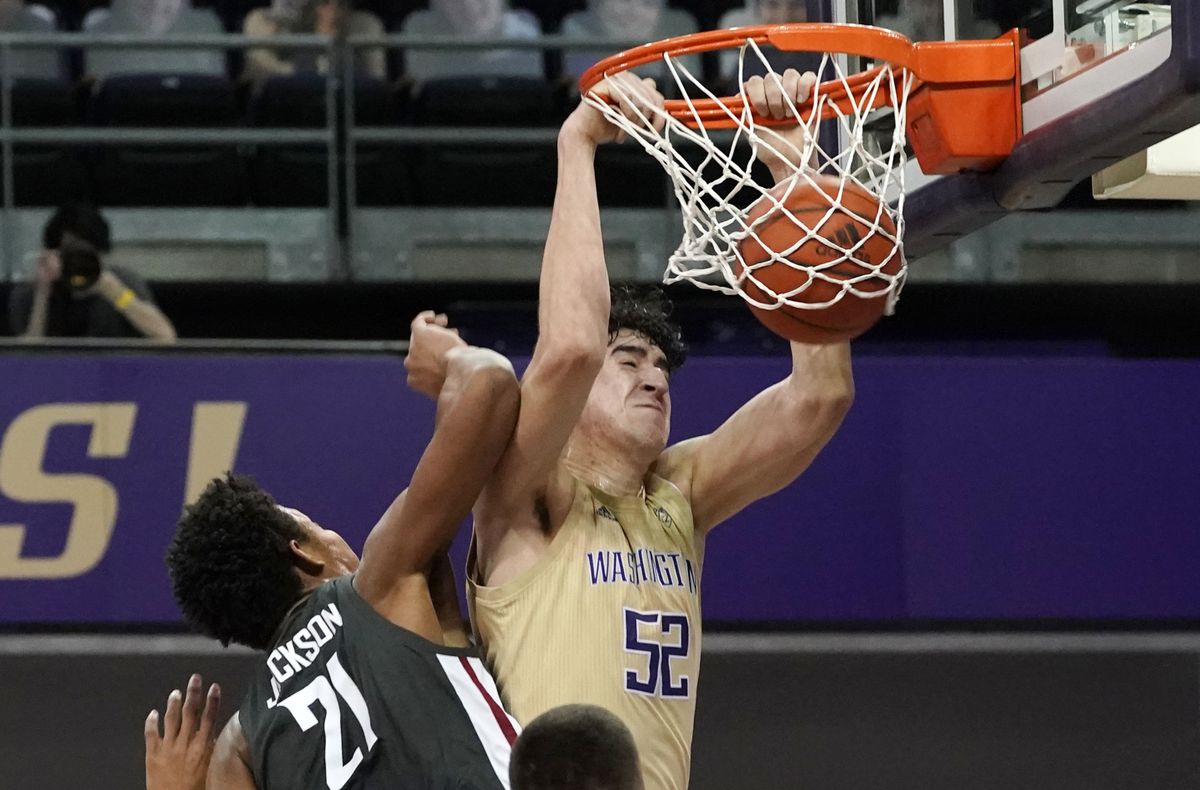 Last night’s relatively easy Washington State win is the Cougars’ third consecutive one in the series. It also dropped the UW men to 3-12 on the season and 2-8 in Pac-12 play. Mike Hopkins’ team, other than a couple wins recently, has been awful this season. And the women? When Jody Wynn was hired from Long Beach State four years ago, the Huskies were coming off six consecutive 20-plus winning seasons, the last four under Mike Neighbors. In his tenure, UW went to three NCAA Tournaments, which included a Final Four run.

Basketball is in a rut at Washington.

• Speaking of February and spring, the month always plays host to the start of spring training. Will it this year? Under pressure from health officials in Arizona, baseball is proposing a later start to the season and cutting it from 162 to 154 games, a number the old folks remember from the last century.

It’s just a proposal at this point. But it’s interesting as the owners are worried, I’m sure, the early part of the 2021 season will be somewhat akin to all of 2021, basis for that memorable TV movie, “The Year Without Fans in the Stands,” starring Heidi Montag and Ian Ziering.

The game isn’t the same in empty stadiums. Neither are the clubs’ finances. Guess which of those sentences mean more to the owners?

It will be interesting to see what the month holds. If it includes a couple says with highs in the 50s around, I’m good with pretty much everything else.

Except, maybe, a Gonzaga loss. 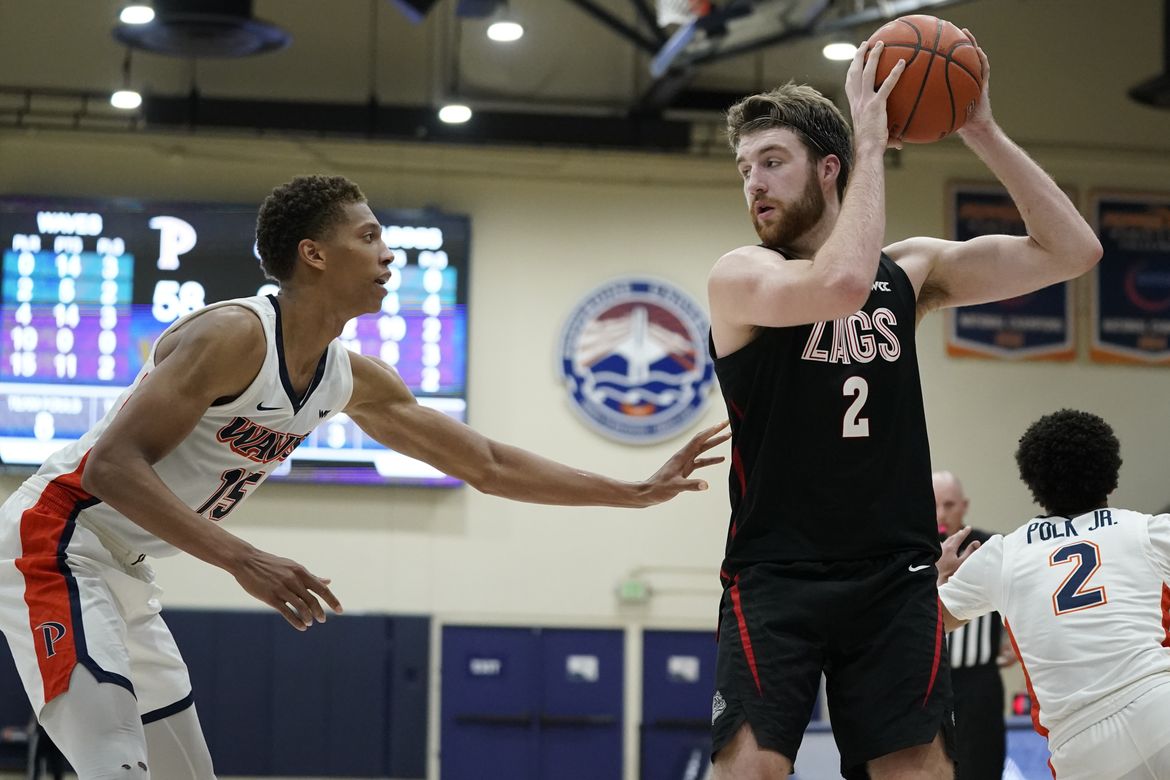 Gonzaga: Speaking of the Zags, their week ahead is as cloudy as the forecast. We know they won’t play Santa Clara on Saturday – that game has already been postponed – and there is some doubt about Thursday against Loyola Marymount – the Lions postponed their game with San Diego after being hit with COVID-19 issues. Jim Meehan looks at that and other items, including where Oumar Ballo’s minutes are probably headed, in this rewind of Saturday’s victory. … Elsewhere in the WCC, BYU won Saturday, but the Cougars have some issues to deal with. 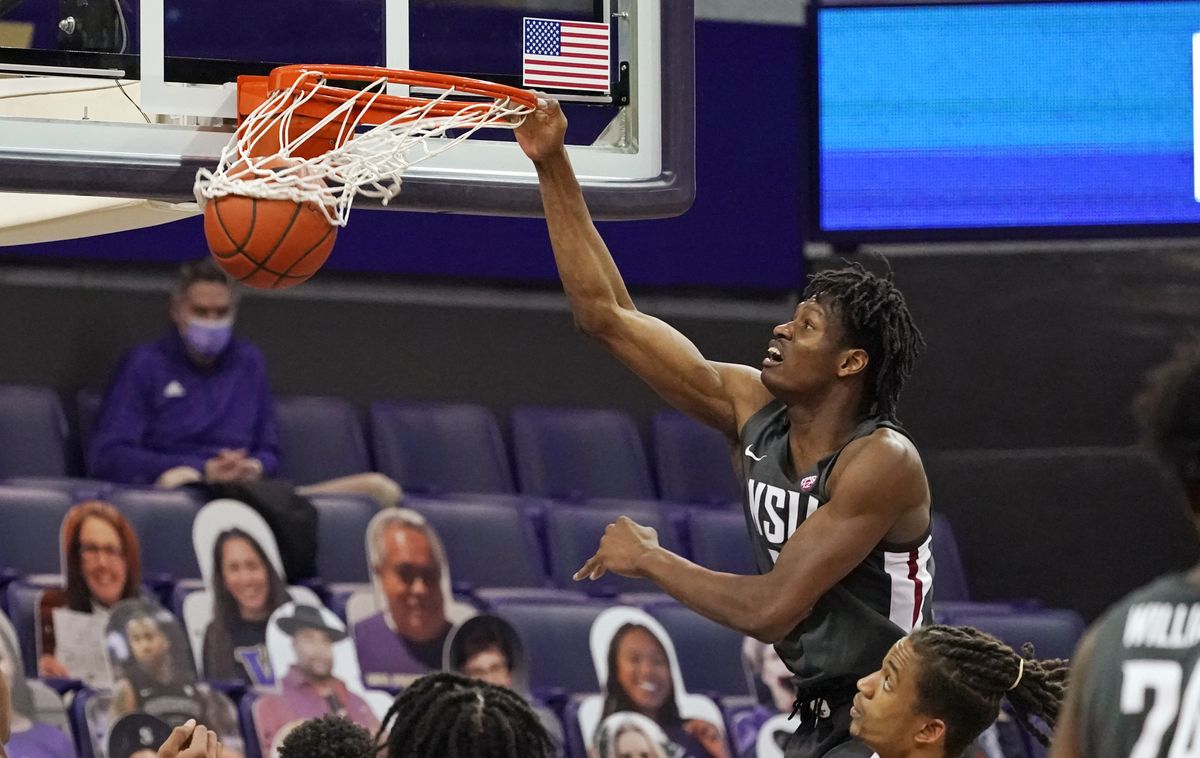 WSU: We mentioned the Cougars win over UW above. Get this. Washington State didn’t hit a 3-point shot in the first half and still led by eight points. The second half was a blowout. Theo Lawson has the game coverage. … The loss is just another in a series of dispiriting ones for the Huskies. … Around the Pac-12 and college basketball, Utah can be really good and really bad – sometimes in the same game. … Colorado still can’t believe it lost to the Utes. … UCLA and USC meet this week. … Arizona has some roster reinforcement coming. … In football news, a walk-on who plays quite a bit for Oregon is transferring.

EWU: Tanner Groves, whose nomination for the Lou Henson Award leads our local briefs this week, posted another double-double for the Eagles yesterday as they got past visiting Sacramento State 68-60. Ryan Collingwood has the game story.

Seahawks: The Rams trading for Matthew Stafford has caught the eye of the rest of the NFC West.

• Though the sun probably won’t make much of an appearance today, we’ll peek out of our cozy home and probably do a bit of work in the yard this afternoon. You have to take advantage of warm winter days in some way. And I’m not interested in walking the neighborhood until I’ve received my vaccine. By the way, if you didn’t know, I made up those movie titles. Until later …