A GRIP ON SPORTS • If you are keeping score at home, and we all know everyone is, right now it’s West Coast Conference 5, COVID-19 5. But, really, every basketball team in Gonzaga’s conference is losing out.

• It’s always more fun to focus on games that happening. But so far in February in the WCC, not much is available. 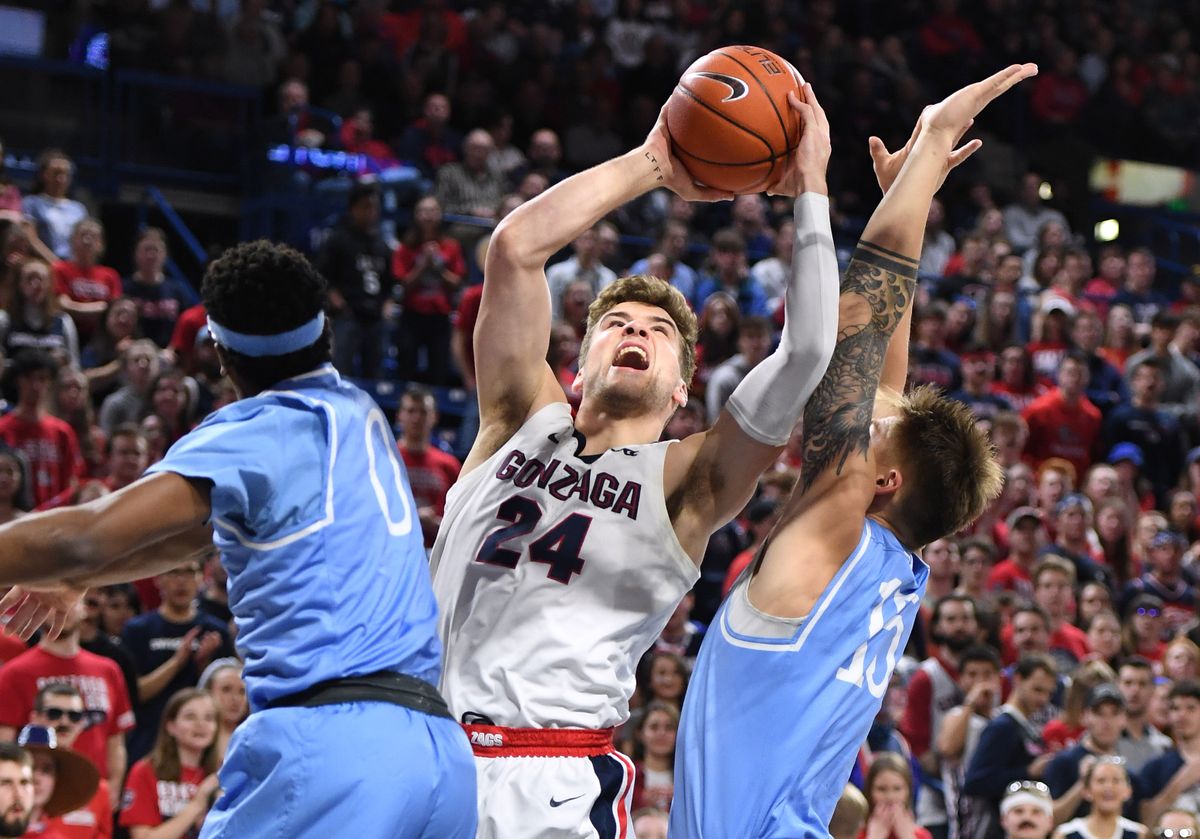 Five conference schools – San Diego, Loyola Marymount, Santa Clara, Saint Mary’s and San Francisco – have paused their programs as they deal with virus-related issues. Some are on their second quarantine. Everyone in the league has been impacted by the problems.

Heck, Tuesday BYU was in San Diego, ready to play. Then the Toreros had to shut down their program for the third time, leaving the Cougars with nowhere to go. Of course, it could be worse. They could have been stuck in North Dakota or some place. If Mark Pope didn’t schedule a practice at the beach, he missed a golden opportunity.

But back to the subject at hand. No conference is safe. Just on this side of the Rockies, New Mexico canceled a planned weekend series with San Diego State yesterday and there are reports the Lobos, who have been on the road all season due to in-state rules, may call it quits for 2021. The Pac-12’s schedule is a mish-mash, as Arizona State had to hit the pause button once again, following the lead of Oregon, who is also emerging from its second time-out. The Sun Devils have missed almost as many conference games as they’ve played (the games played leads 8-6).

The postponements have piled up to such a degree there is no chance the Pac-12 or WCC can make up every missed game before the end-of-the-season tournament. When it comes time to determine seeding for their annual trips to Las Vegas, a calculator will come into play as everyone will try to determine if 7-4 is better than 12-7.

In our neck of the woods, Gonzaga is still trying to fill up its weekend after losing games with Loyola Marymount and Santa Clara. It seems too late to play Thursday (though it’s not wise to rule anything out this year) but Saturday would be in play. Maybe BYU in Provo, allowing more leeway later this month for makeup games?

The best strategy for fans? Don’t stress. Speculate all you want – for example, it would have been cool if the Zags had been able to play Villanova or Houston, but the logistics didn’t work out – but don’t get bummed out when games don’t materialize. Plan your TV time as if the games will occur but be ready to pivot. In that regard, you’ll have something in common with your favorite school. 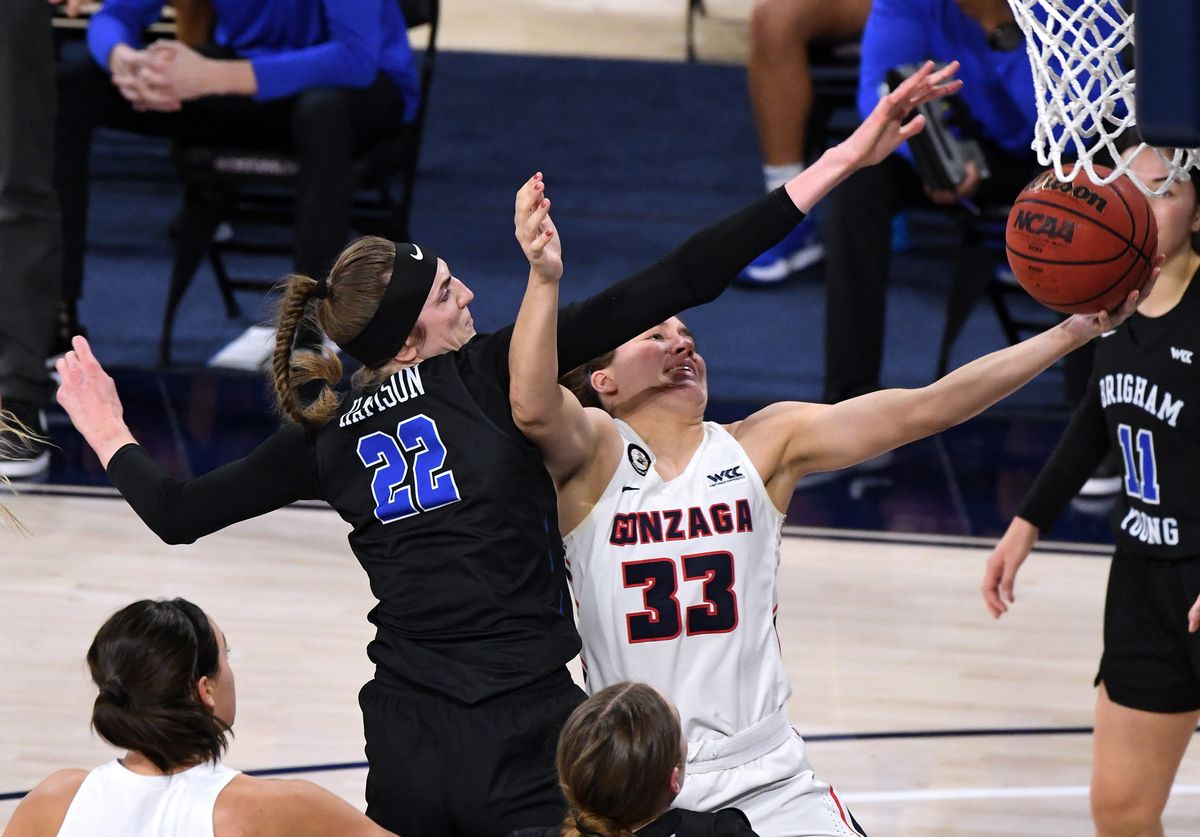 Gonzaga: There was a game Tuesday night in McCarthey. The women, winners of 14 consecutive contests coming in, held off Brigham Young 63-56 to build a two-game lead in the WCC. Jim Allen was there and has this game story. … Colin Mulvany was also in attendance and has a photo gallery. … Before the game, Jim spent time with Larry Weir for the latest Press Box podcast. … Jim Meehan used yesterday trying to find out whom the Zags might play this weekend. He puts everything he learned in this story. … The most recent ESPN NBA mock draft has a couple of Bulldogs (Jalen Suggs and Corey Kispert) projected as lottery picks. Jim delves into that as well. … Back to the women’s game, the relative closeness of the final margin seems to have made BYU happy. … The Zag men are all over The Athletic’s midseason predictions. … Elsewhere in the WCC, Pacific’s training staff has new responsibilities in this pandemic. That’s also the case everywhere in college athletics. 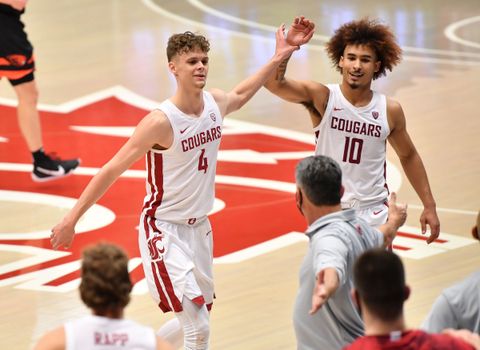 WSU: As of now, the men’s game tomorrow night at Oregon is still on and scheduled to be broadcast on FS1 at 8. The Cougars have yet to win in Matthew Knight Arena. … Around the Pac-12 and college basketball, if Ohio State athletic director Gene Smith is the choice as the next commissioner, I would be fine with that. We would also be fine as well with a couple of other names that have floated around. … Stanford finally got to play a game on its home court last night. USC made sure the experience wasn’t a happy one. … Washington is looking to get back on the winning track against Oregon State. … Arizona State was coming off a two-win week. Now the Sun Devils have paused again. That’s not good for them or Colorado and Utah. … Finally, ESPN is using its financial resources in a good way. It is asking a federal court to force Arizona to release the NCAA’s Notice of Allegations. … In football news, today is the traditional signing day for football. We’re not going to delve into speculation. We will be here for you tomorrow with links to how everyone in the nation filled out “the best class ever.” … Next year’s schedules should be interesting, though dates and times have yet to be finalized. … Arizona will be signing a few players, sure, but the No. 1 quarterback recruit is transfer Gunner Cruz, the former Washington State player. … Utah is losing one receiver but retaining another. … The conference’s scholar athlete comes from California this year. … The biggest news yesterday? It just might be that EA Sports is bringing back its college football game.

Idaho: The Vandals have yet to win a game. Last weekend they dropped another back-to-back series against Weber State, neither closer than 19 points. But Peter Harriman saw improvement from game to game and shares his thoughts in this analysis. 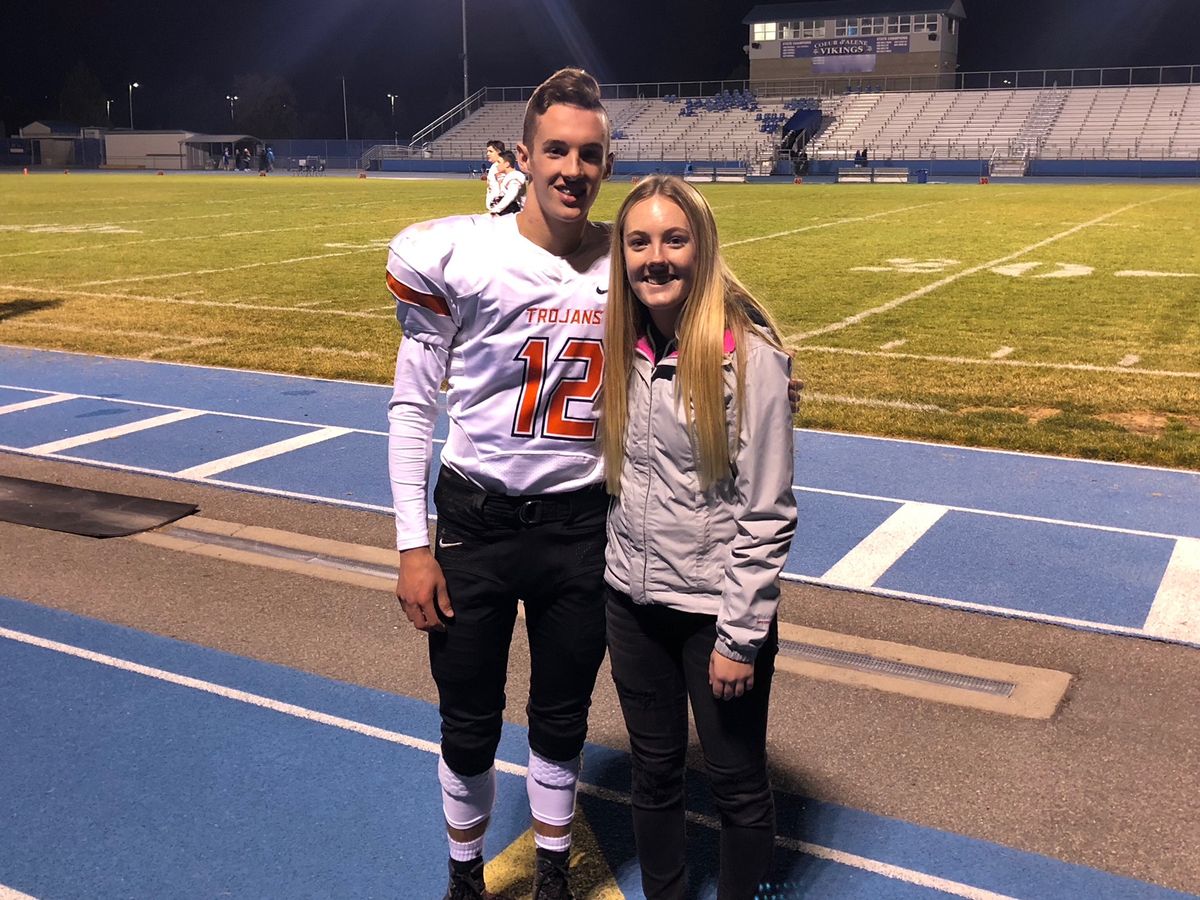 Preps: Dave Nichol’s story about Post Falls High’s Derek Curtis might be hard to read, due to the subject matter. But it is important and well worth your time.

Seahawks: Shane Waldron met with the media yesterday. He sounded a lot like Pete Carroll. Is that a good thing or a bad thing? It’s obviously interesting. … Chad Wheeler’s victim had something to say in court.

• Speaking of being ready to fill the TV schedule, Kim and I have to find time soon for the final two episodes of The Expanse’s fifth season. We got through the first eight on time, but decided to save the last two for a date night (or some such nonsense). Now it’s about meshing the schedules. So, no spoilers please. Just kidding. If you can’t stand the spoiler heat, you shouldn’t be in social media’s kitchen. At least that’s how I imagine Harry Truman would phrase it if he were alive today. And had a Twitter account. Until later …