So when the Vandals jumped out to an 18-point lead in the first quarter Thursday night at Reese Court, he expected a typical Eastern Washington surge.

It came in spurts, but it wasn’t enough to thwart Idaho, which held off the Eagles 79-69 in Big Sky Conference play.

Gabi Harrington’s double-double of 24 points and 16 rebounds led the shorthanded Vandals (10-5, 9-2 Big Sky), who won their sixth straight against the Eagles.

“(Harrington) really brought it today,” Newlee said. “I had a good feeling before the game that she would.”

Idaho, which was down multiple starters and suited up eight players, jumped out to a 25-7 lead that EWU slowly whittled away.

EWU cut the Vandals’ lead to single digits five times in the second half, but Idaho, which was also paced by Gina Marxen’s 14 points and 10 assists, answered every run.

The Eagles (6-10, 5-6), who outscored Idaho in second, third and fourth quarters, made it a 65-61 game with just over three minutes left in regulation when former Sandpoint standout Grace Kirscher hit one of her three 3-pointers.

EWU wouldn’t get any closer. 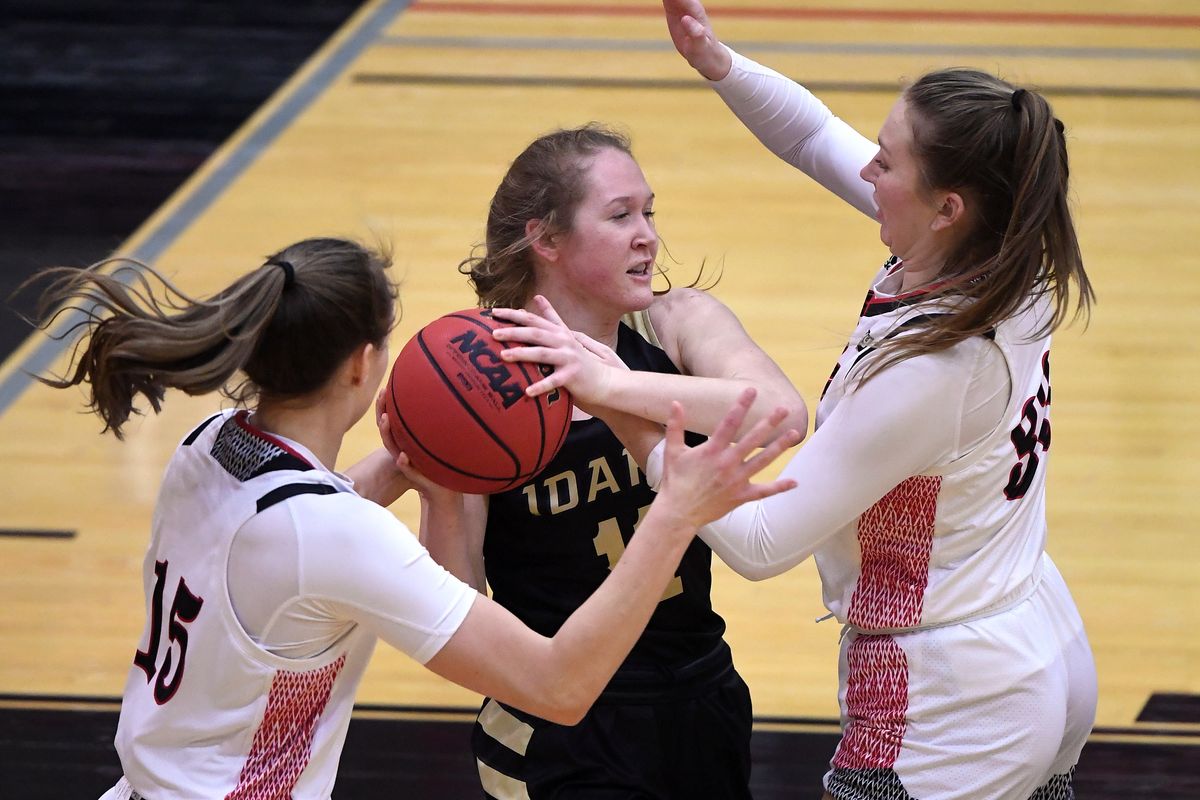 Kirscher scored 18 of her team-high 24 points in the second half to help give the Eagles a chance, but the Vandals put away from the Eagles with a 10-2 run.

“It seems like a consistent theme,” said EWU freshman Maisie Burnham, who scored 10 points. “When we lose, we give up a quarter, so we’re going to really dial in and not give those up anymore.”

Idaho, which is in second place in the Big Sky standings, shot 21 for 26 from free-throw line, a major disparity from EWU (7 for 9).

“Idaho is a good, talented basketball team,” EWU coach Wendy Schuller said. “Their veterans did a good job of establishing the tempo, physicality and the pace of the game early on. It’s hard when we give away a quarter.”

The Eagles, who play mostly freshmen and sophomores, were also boosted by freshman Aaliyah Alexander (16 points).

EWU travels to Idaho on Saturday as part of the home-and-home series.