A GRIP ON SPORTS • You want to know what we’re thankful for this morning? A Thursday night that actually feels something in the neighborhood of normal. It even comes complete with a game conflict, which is bad in one way, but oh so sweet in another.

• All four of our local Division I men’s basketball programs are in action tonight. Sure, the games they will be playing aren’t exactly the same ones that were on the schedule 24 hours ago, but that just nitpicking. In the space of four hours on this glorious Thursday, you can experience a Gonzaga game, a Washington State game and an Eastern vs. Idaho game.

This time yesterday, we weren’t sure who – or even if – the Zags would play tonight. They were seemingly searching for at least one opponent for the weekend. Instead, the West Coast Conference supplied two, moving up later-in-the-season games against Pacific (tonight at 6 on CBS Sports Network) and BYU (Monday). In the course of about a half-day, the Bulldogs had to pivot and get ready for a road game in Stockton. Thank goodness the team flies on private jets. Getting a connection from Spokane to north-central California on such short notice would have been darn-near impossible. 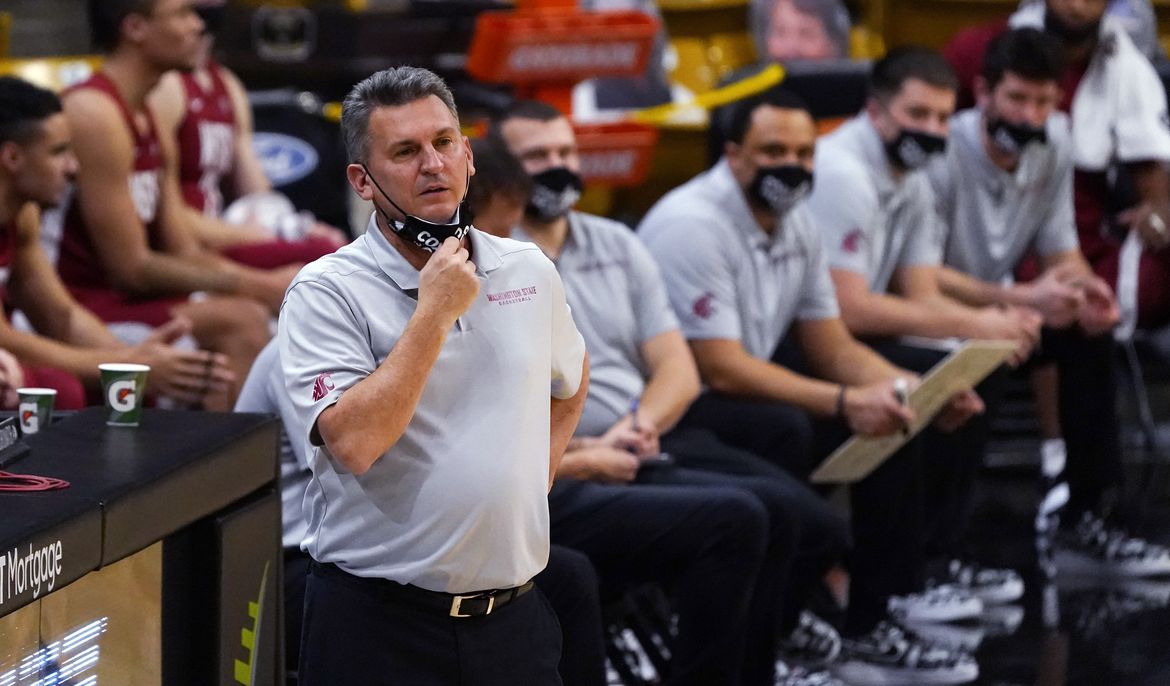 Washington State’s issues were less egregious, but Oregon has missed so many recent games, who knows if the Ducks would have been able to show up for today’s 8 p.m. tipoff on FS1? As of now, they will. (As an aside, we probably don’t need to type “as of now” anymore. It’s just understood in this day and age.) The Ducks have been off so long, Theo Lawson put together a story that looks at whether such pauses help or hurt teams when they return.

By the way, did you know the Cougars are trying to win their first game in Eugene since 2009? All it took for them to win that January night was Taylor Rochestie hitting 16 consecutive free throws – WSU was a school-record 28 of 28 from the line – and future NBA lifer Aron Baynes connecting on his first-ever college 3-pointer. All I remember about covering that game is taking pictures of Mac Court – still have them – pregame and then almost knocking my head off going down the stairs to the locker room in that ancient (and now gone) facility.

Finally, the Big Sky rivalry series between Idaho and Eastern Washington continues tonight in Moscow with a doubleheader. Talk about jamming a bunch of games into a small window, as the men’s and women’s teams will meet again Saturday in Cheney. The men’s game will overlap with Gonzaga’s, so, if you want to experience both, you’ll have to mute the Zags’ TV broadcast and tune the radio to the Idaho/Eastern matchup.

• We could rail about the stupidity of letting a barber begin cutting hair before his coronavirus test results were in. Or we could pass along the umpteenth story about the quarterbacks. But we won’t. Our Super Bowl focus this morning is simpler.

We’re worried the commercials aren’t going to be anything special.

No Bud Bowl or its equivalent. No talking baby. No Mean Joe Greene. Heck, no Larry Bird or Michael Jordan.

It’s been a while since any commercial has made us interrupt our snack hunt and run back to the TV. All the “smaht pahkin” and “Loretta” ads last year, as good as they were, didn’t do it for us. (Sam Eliott’s dancing mustache, however, did elicit a smile or two.) And that was back when we were young and happy. This year? The bar has been set too high. All a commercial has to do is make us forget about the past 11 months, look forward to the future and sell a product. That’s all.

Not sure it’s going to happen. Please, Will Ferrell, come through for us. 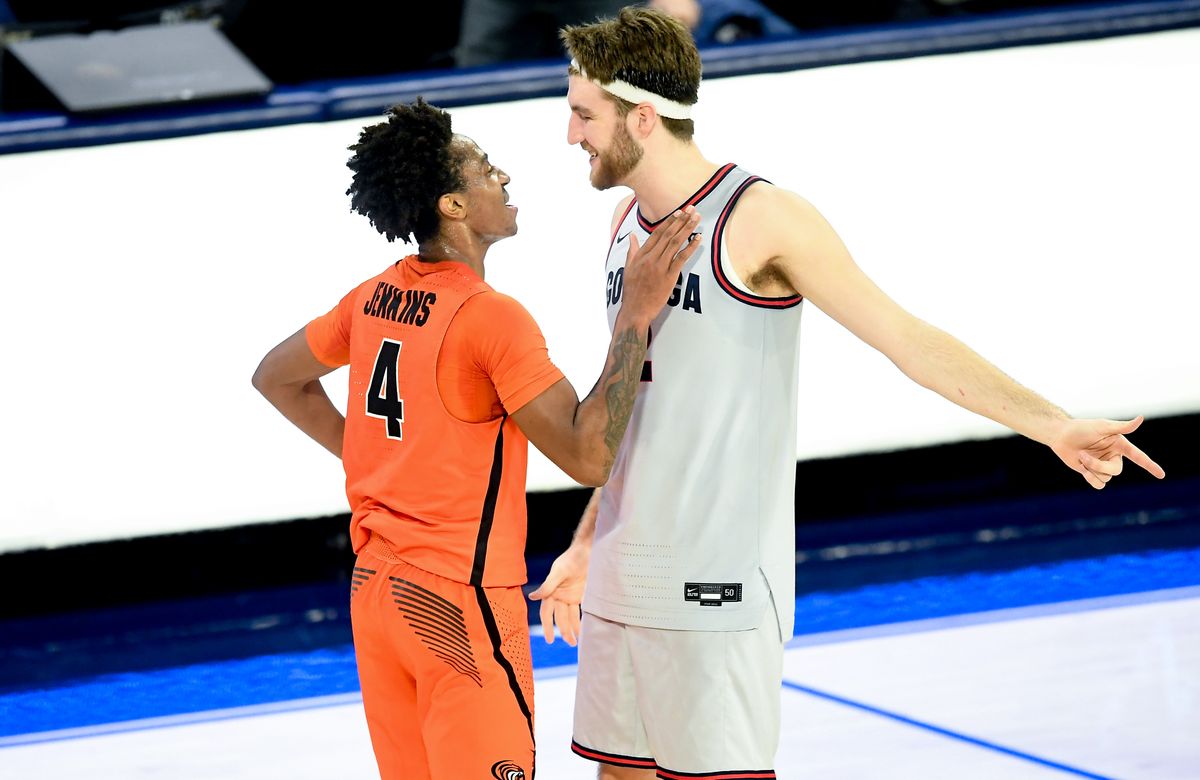 Gonzaga: Of course Jim Meehan has a preview of tonight’s game. And he has the key matchup. But 24 hours ago, he wasn’t even thinking about Pacific, I’m sure. Talk about quick turnarounds. … Jim Allen takes a quick look back at the GU women’s Tuesday night WCC win over second-place BYU. … Larry Weir turned to correspondent Justin Reed to talk Zag hoops yesterday on the latest Press Box podcast. … Baylor and Gonzaga have played so well this season, they are 1 and 1A right now. No one else seems like a huge national title contender. … Elsewhere in the WCC, BYU switches gears and gets ready for last-place Portland. 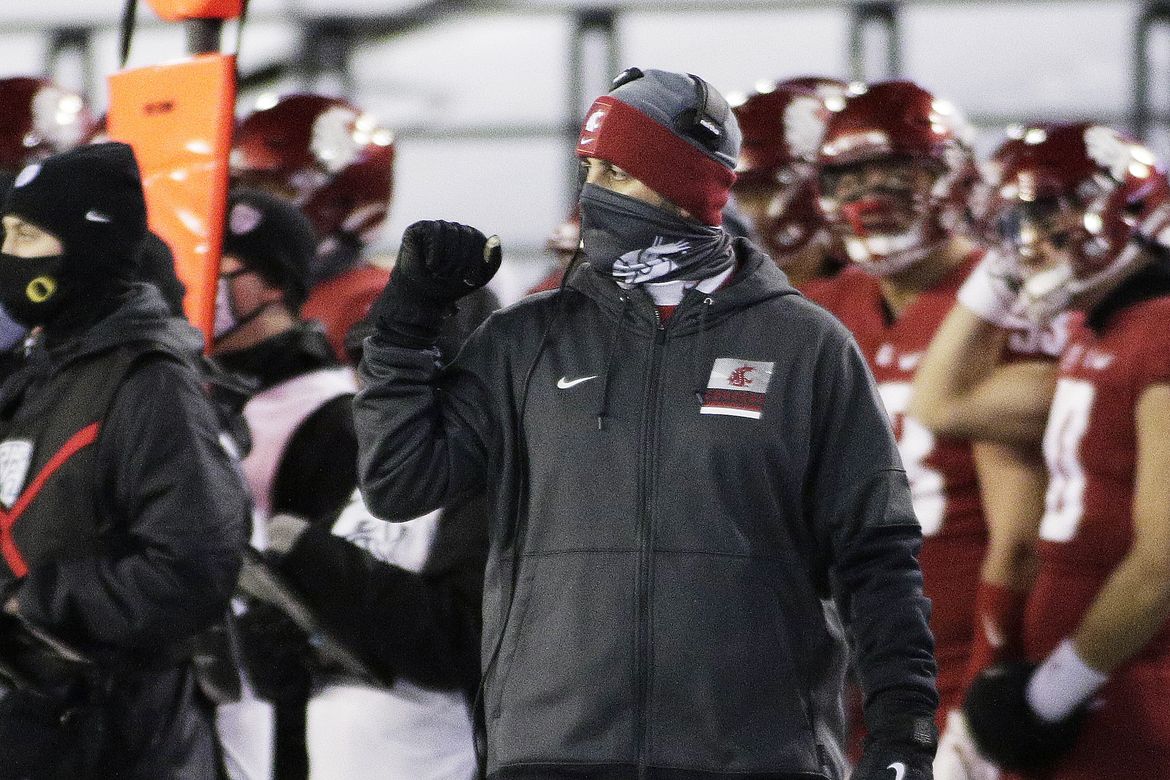 WSU: The early February signing day used to bring the thunder in college football. But with an early signing period in play these days, that’s no longer the case. Instead, there is the occasional letter of intent and then the post-recruiting press conference which covers not only signings but transfers as well. Nick Rolovich had one of those Wednesday. Theo was part of it. Here’s his story. … Speaking of transfers, Theo has a story on a backup offensive lineman leaving Pullman. … We passed along the news recently concerning members of the faculty registering their issues with the school offering more subsidies to the financially strapped athletic department. Jon Wilner noticed and put together this rebuttal to the charge college football programs don’t help the schools recruit students and/or retain them. … Around the Pac-12 and college basketball, postponements are stacking up for some schools. … The most-important Husky player might not be who you think. … Oregon State’s defense has helped in its recent success. … With Arizona State on pause, Colorado and Utah will only play Arizona this weekend. That means more time to rest and prepare. … Stanford and California meet tonight. … USC and UCLA meet Saturday. … In football news, sure, we could look at how Washington put together this class – including a high-profile transfer – but lets also look back a few years and see how the class of 2017 did. … This is the highest-rated Oregon class ever. That’s saying something. … Transfers boosted Oregon State’s class. They also helped Utah’s signing day but can only help next year if they are eligible. … Colorado had a quiet day. … USC’s recruiting was given a huge boost by signing one player early. The Trojans picked up some big late additions. … Arizona State announced the rest of its staff. … Arizona may have done better than hoped.

Idaho: The Vandals rounded out their football recruiting class yesterday. Peter Harriman takes a look at the group coming to Moscow in either the spring or next fall.

Seahawks: Yes, Shane Waldron and Pete Carroll are on the same page. For now. … Waldron comes to Seattle propelled by a few friends. … The Frank Clark trade. Who won?

Mariners: The M’s have holes to fill. Who can fill them at this late date? … Justus Sheffield used last year to find out what works and what doesn’t in the major leagues. … Felix Hernandez has found a new home.

• It’s been a busy week. I’m dragging. From a sick dog (he’s getting better) to actual high school basketball workouts, the schedule has been a bit fuller. Then Gonzaga had to go and find games. Which means my Thursday and Saturday nights just filled up. But there is some solace. I received the nicest, kindest, hand-written letter from a reader this week. It was appreciated. See, there is still some kindness in the world. Just not in this space all that often. (This is where those younger than me – about 90 percent of the world’s population – would insert LOL.) Until later …