Nearly six weeks after near-record gusts tore through trees and power lines, the city of Spokane estimates the cost of the January windstorm will reach $2.75 million. 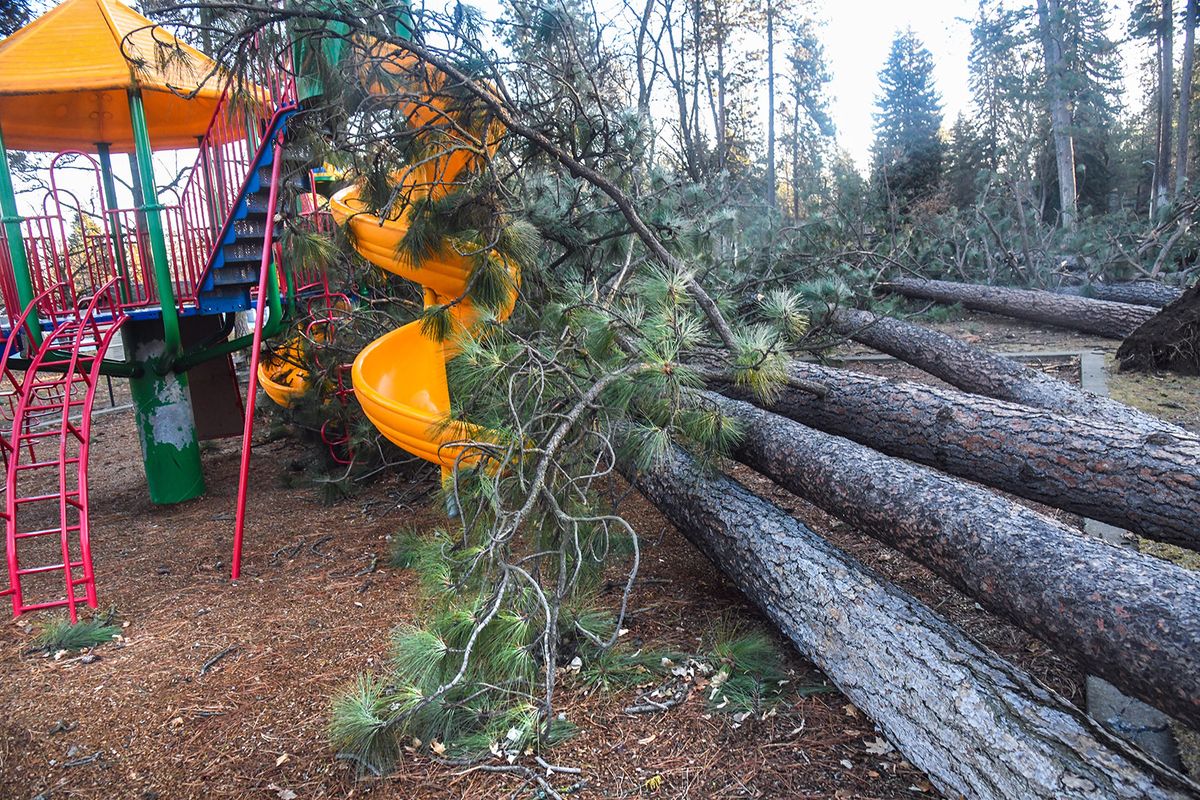 The bulk of the city’s overall cost estimate is related to a hillside between Peaceful Valley and Browne’s Addition that remains a landslide risk and has forced nearby roads to close. The city has maintained it does not pose a risk to nearby homes, but it has temporarily fortified the hill with a mound of dirt.

Although the hill’s deterioration is not solely related to the storm, the city included it in the storm cost estimate because it was further weakened by rains and winds. Buttressing the hill will cost more than $1 million, according to city estimates.

The $2.75 million figure encompasses damage caused only to city property and does not include that endured by residents, many of whom saw trees collapse onto their homes.

The cleanup costs were outlined in a report to the Spokane City Council’s Finance and Administration Committee on Monday.

The storm left tens of thousands of Spokane-area residents without power, many for several days. A woman was killed when a tree near the corner of 27th Avenue and Post Street fell and struck her vehicle.

The peak wind gust at Spokane International Airport was 71 miles per hour, the second highest ever recorded there. Although that gust matched that of the devastating 2015 windstorm that struck the city, the damage in 2021 was not as severe.

Still, the city estimated that it spent more than $240,000 to remove trees from parks and roadways alone.

The damage was particularly acute on the South Hill, where Comstock Park saw dozens of trees uprooted or snapped off.

The damage to city parks is estimated to be about $730,000, according to Tonya Wallace, the city’s chief financial officer.

Garrett Jones, director of Spokane Parks and Recreation, hinted there could still be unforeseen costs related to the storm.

“Irrigation is a big one. We haven’t turned on our irrigation yet, and you look at Comstock Park and about every square inch of that park was impacted,” Jones said. “There could be some other infrastructure needs in there as well.”

Councilwoman Candace Mumm asked if the Peaceful Valley hillside included private property, and questioned what the city’s responsibility will be in stabilizing it.

Wallace replied: “There’s a lot more information that’s going to be forthcoming on that.

“We wanted to start bringing to your awareness the potential financial impact as it relates to the entire windstorm,” Wallace said, adding a special budget ordinance will eventually be proposed to the City Council.

At first, it appeared the city would be ineligible for reimbursement from the Federal Emergency Management Agency, but it has since reached a necessary cost threshold and could see relief, according to city officials.