A GRIP ON SPORTS • How did 2020 end? A bowl game brawl added a bit of a bang to its whimpering retreat in the sports world. Add in some college basketball and you are up to date. On to 2021 seems to be the motto of everyone from Miami to Seattle and all points in between.

• If you tuned in to watch Mike Leach’s new(ish) team play its bowl game and didn’t stick around for the postgame, you missed the fireworks. For some reason the Mississippi Bulldogs and Tulsa Golden Hurricane decided to have a big fight after the final whistle. No, we can’t explain it. Like the brawl between Washington State and Houston in Hawaii in 1988, no one was able to say why it started. 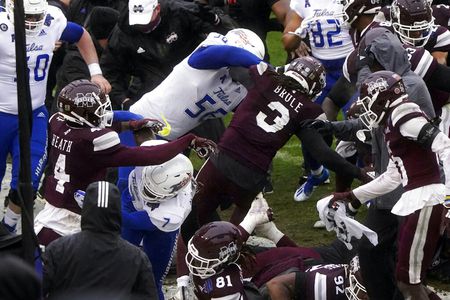 But try as I might, I can’t remember Dennis Erickson saying something to the effect “boys will be boys” after that one. That’s basically what a seemingly disinterested Leach said yesterday.

Seems so typical. Yet, there were highlights to the odd year. At least around our area. Dan Thompson took on the task of trying to find the bronze linings to all the clouds. (Due to COVID-19 restrictions, silver was unavailable.) His story highlighted today’s S-R sports page.

As is our task, below you will find links to sporting events yesterday that have a connection to the Inland Northwest. Yep, 2021 will be no different here than 2020 was.

We mean it will be the same as 2020, 2019, 2018 … you get the picture. We’ll get up each morning, make coffee and read a bunch of stories from all over. Then we will write this column. Sure, more of the links take you to places with paywalls than happened nearly a decade ago when we started, but that’s to be expected. Newspapers and other sites actually need to be reimbursed for all the work they do. Hopefully, you buy a subscription here and at other places in which you find value. I do.

Believe it or not, I buy my own S-R subscription. I also buy the Athletic, the San Jose Mercury News, the Seattle Times (though that one needs to be renewed) and a couple other places. Honestly, though, I wish there was a clearinghouse that offered every newspaper in America for a monthly fee. I would pay it if only not to have to be piecemealed to death. It would be sort of like cable TV, which I find much more convenient than buying seven streaming services.

Anyhow, the point is we are planning to be here for 2021. That’s all we can promise. If 2020 has taught us anything, it’s taught us nothing is etched in stone. 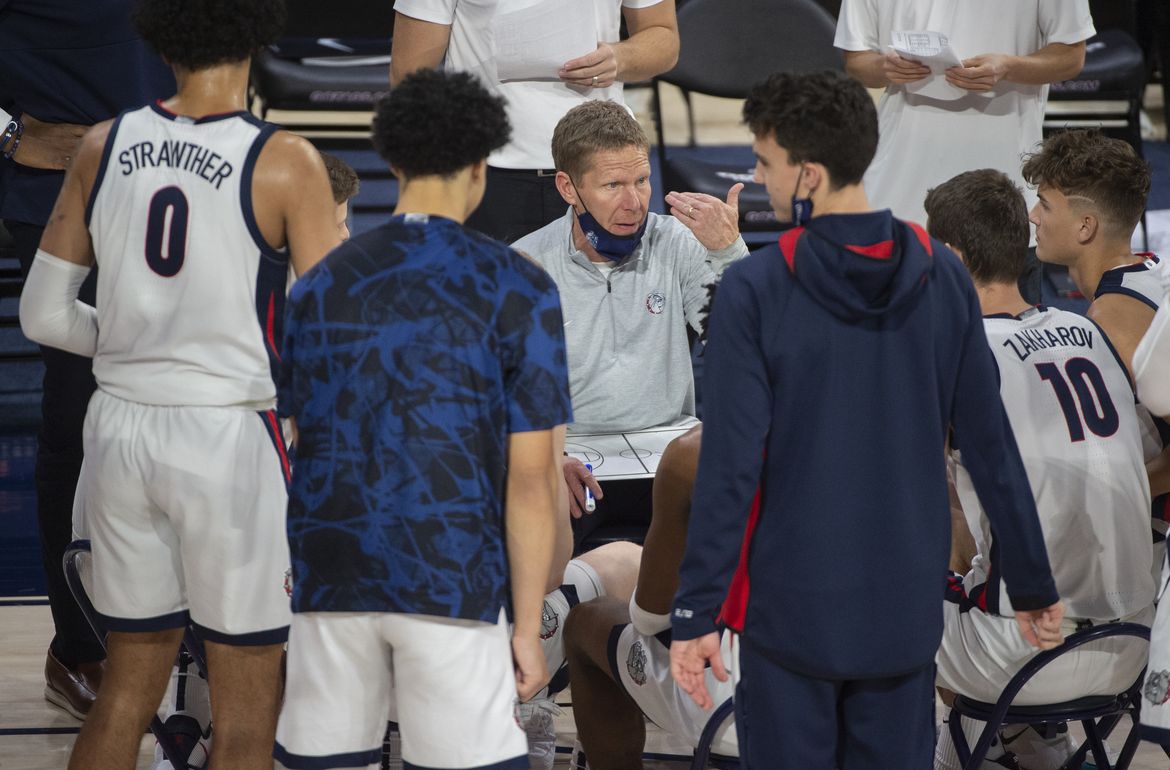 Gonzaga: The Bulldogs begin conference play Saturday night hosting the Dons of USF. How does the WCC look this season? Jim Meehan tells us, while also passing along the Zags’ view of conference play. … One recruiting analyst believes No. 1 prospect Chet Holmgren is going to end up at Gonzaga. Jim has that story as well. … If you remember Jesse Loera playing for the Zag women, then you might be interested in this story about her younger sister Jamie at Arizona State. … Elsewhere in the WCC, before its travels to Spokane for tomorrow night’s matchup with No. 1 GU, USF played San Diego. The Dons won. 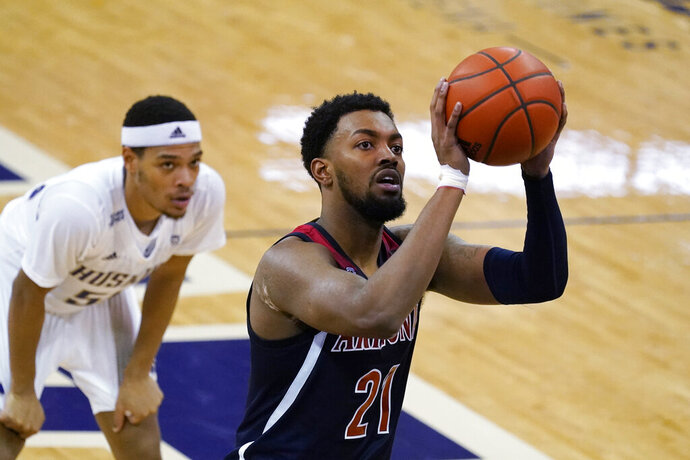 WSU: Due to a coronavirus cancellation, Theo Lawson had plenty of time to talk with Larry Weir yesterday for the latest Press Box podcast. The Cougars game with Arizona State had to be postponed a while back due to the Sun Devils’ issues. … Around the Pac-12 and college football, it’s been a good week for Washington. Another Husky starter announced he is coming back. … Though today is pretty much dominated by the college football invitational games (otherwise known as the playoff semifinals), Oregon will take centerstage Saturday at the Fiesta Bowl against Iowa State. The Cyclones can run the ball. The Ducks feel they have the players to make stops. And, on the other side, players to put up points. …  Stanford’s quarterback has decided to head to the NFL. … Colorado’s Alamo Bowl loss at least opened up a quarterback battle. … … USC has promoted an assistant coach. … We mentioned football’s TV ratings earlier this week. They were not great. … In basketball news, what in the world is going on at Washington? The Huskies returned from a hiatus and were blown out by Arizona. Yes, the Wildcats defend OK but UW just can’t score. … Arizona won’t be in the running for an NCAA berth this year. No matter. … Oregon can and the Ducks did just that down the stretch against California for the win. … Colorado went into USC’s Galen Center and came out with another win. That has to feel good to Buffs’ coach Tad Boyle. … UCLA had its struggles but the Bruins held off a game Utah team in a game that featured a wild ending.

EWU: The Eagle women won their first conference game with a 73-71 decision over Portland State. That leads off our roundup of local college games from last night.

Idaho: The Vandals rang out the old year pretty much the same way as the rest of it, with a loss. This one was at home against Northern Arizona. Senior starter Chance Garvin did not play, however. 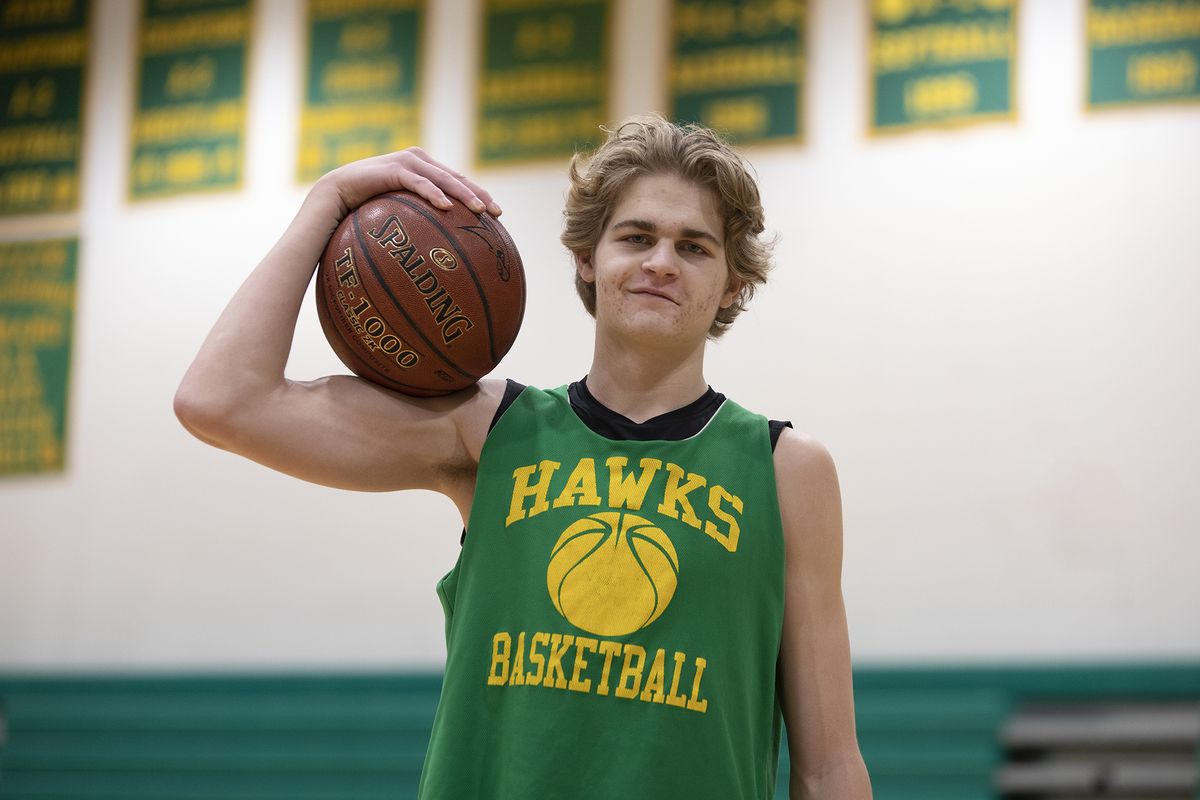 Preps: Lakeland High in Rathdrum has a tall basketball lineup, with one of their inside players Noah Haaland. Ryan Collingwood has a feature on the senior, whose dad once played at Gonzaga.

Bloomsday: The decision has already been made. The race will be run virtually again in 2021.

Seahawks: Don’t take the 49ers’ game lightly. There is a lot to watch Sunday afternoon. … DK Metcalf has more than Steve Largent’s club record in his sites. … The offense is fine. Just ask the guys in charge. They’ll tell you.

• We had contemplated taking the day off. Sleeping in. But then we remembered we don’t stay up until midnight anymore, even on New Year’s Eve. The booming from around the neighborhood did wake us, though it was not enough to get us out of bed. The dog was smart enough to hide in the basement. Until later …