A GRIP ON SPORTS • Let’s see. Alabama is really good. So, it turns out is Ohio State. Probably Clemson too, though the Tigers didn’t show it New Year’s Day. After that there is the great divide. Every one of the remaining FBS football teams are on the other side. Isn’t that the way it is almost every year?

• I’m not sure who first discovered the Law of Unintended Consequences but they probably regretted being labeled a genius. Maybe it was Ooog, when he built the first wheel, accidently wore a channel to his cave’s opening and the river diverted him out of house and home the next big rainstorm.

Anyhow, the College Football Playoff’s inception looked like a good thing when it was created in 2014. But the Law of Unintended Consequences has taken over. Or, in this case, the law’s rich-get-richer codicil.

Playing for a school that has a good shot at winning a national championship is crucial to many of the best high school football players. Where will that happen? The best chances, these days, are Alabama, Clemson, Ohio State and … that’s about it.

Oh sure, another SEC school may pull in enough players to make it happen, as occurred at LSU last season, but it’s a once-in-a-blue-moon thing. As evidenced by LSU’s 2020. Another example? Georgia in 2018. Followed by Georgia since.

With only four teams invited each year for the CFP, and the committee’s inherent bias toward the teams that recruit the most successfully, the pool of eligible schools has gotten smaller season after season.

As in anyone outside the SEC, ACC, Big Ten (and the top of those conferences to boot) have little to no chance. Not Notre Dame (unless the Irish can miraculously begin to attract faster defensive players). Not Oklahoma. Not Texas. Not USC. Not Michigan. Not Florida, Florida State or Miami. Blue bloods all. But those schools haven’t adjusted well enough to the changing landscape to wedge their way into the committee’s myopic vision. Neither can a Group of Five school, undefeated record be darned.

Way back, when the national title was decided on paper, thanks to admittedly biased polls, just about any school had a chance to rise to the top. Heck, even Washington State.

But not under the present system. Do you think the 2018 Cougars, even if they won the Apple Cup and the Pac-12 title game to finish 12-1, would have been chosen ahead of Alabama, Clemson, Notre Dame and Oklahoma for the final four? No chance.

The answer isn’t to go back to the polling days. No way. But an expansion of the playoffs should help. More teams may lead to more upsets, “may” being the operative word. If more teams can start selling the chance to play for a national title again, it may disperse the top talent.

Then again, the Law of Unintended Consequences will probably intrude. It is, however, a chance worth taking.

• Speaking of unforeseen consequences, which we weren’t, the WCC’s basketball season seems to have been overtaken by them.

Every conference game scheduled for today, other than the one in the Kennel between Gonzaga and USF, has been canceled. Every. One.

Since the season began, five conference schools have been forced on some sort of a hiatus by the virus. Four are in one today. Heck, when cancellations outscore games played 4-1, no one can say the conference is winning the battle right now.

By the way, we labeled the games as canceled. The conference’s official designation is postponed. But if too many missed games pile up, there will not be enough open days in which to play every makeup game.

At which point the conference’s designation and mine will merge. 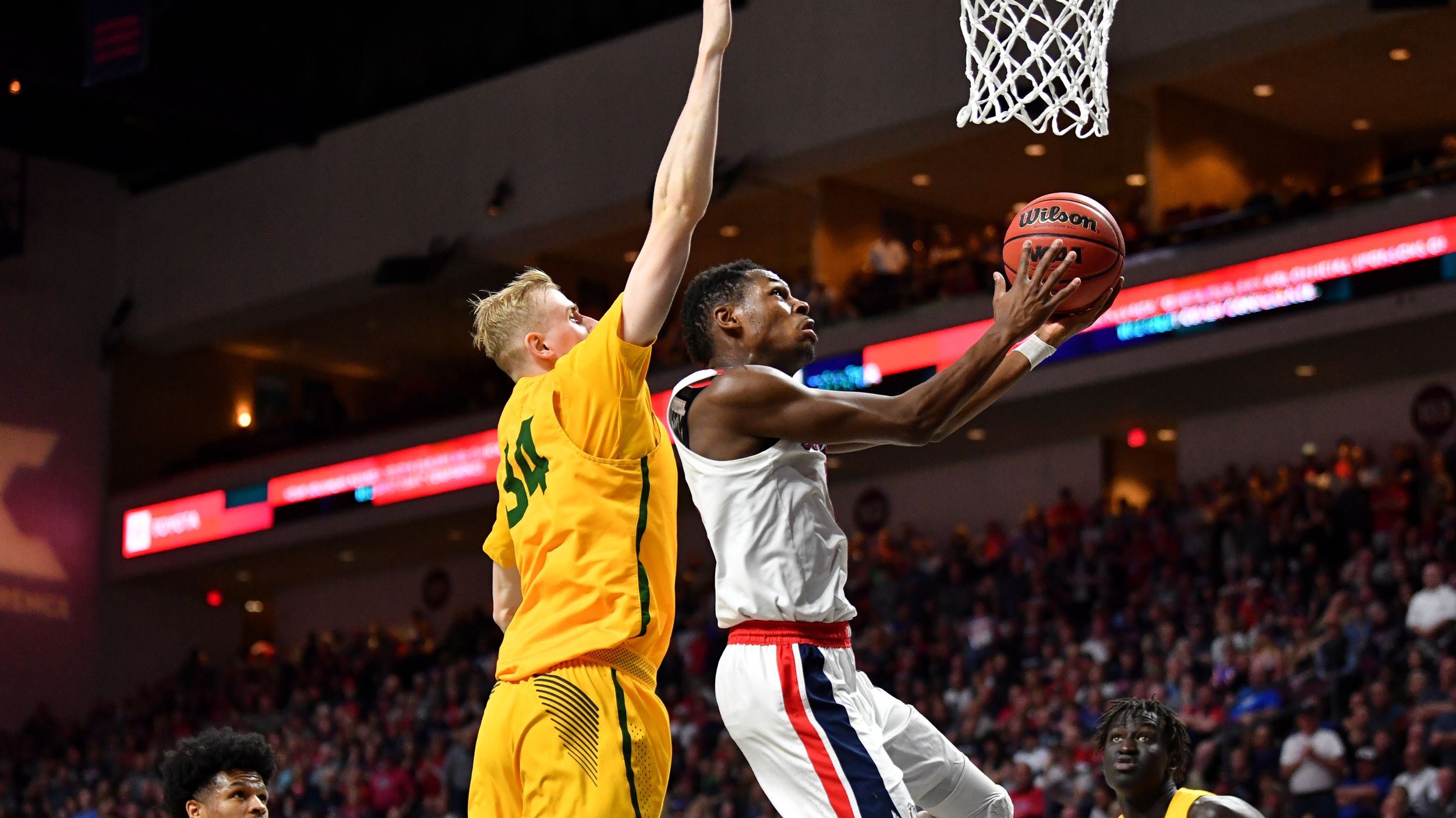 Gonzaga: Yes, the Zags are still on for tonight. But there has been a game time change. With the Duke/Florida State game off, ESPN2 had an open slot. The Zags and Dons will fill it. So tip is at 5 p.m. instead of 7. Remember, however, the women play at home at 2 against Saint Mary’s, so if that game runs long – double overtime, anyone? – the men’s game may have a bit later start. … Jim Meehan has his usual preview as well as the key matchup. … Elsewhere in the WCC, well, nothing really. As we said, the Dons and Zags have the only surviving scheduled game. Right now. In an hour, who knows? BYU has had two games canceled this week at the last minute, including their game at San Diego. 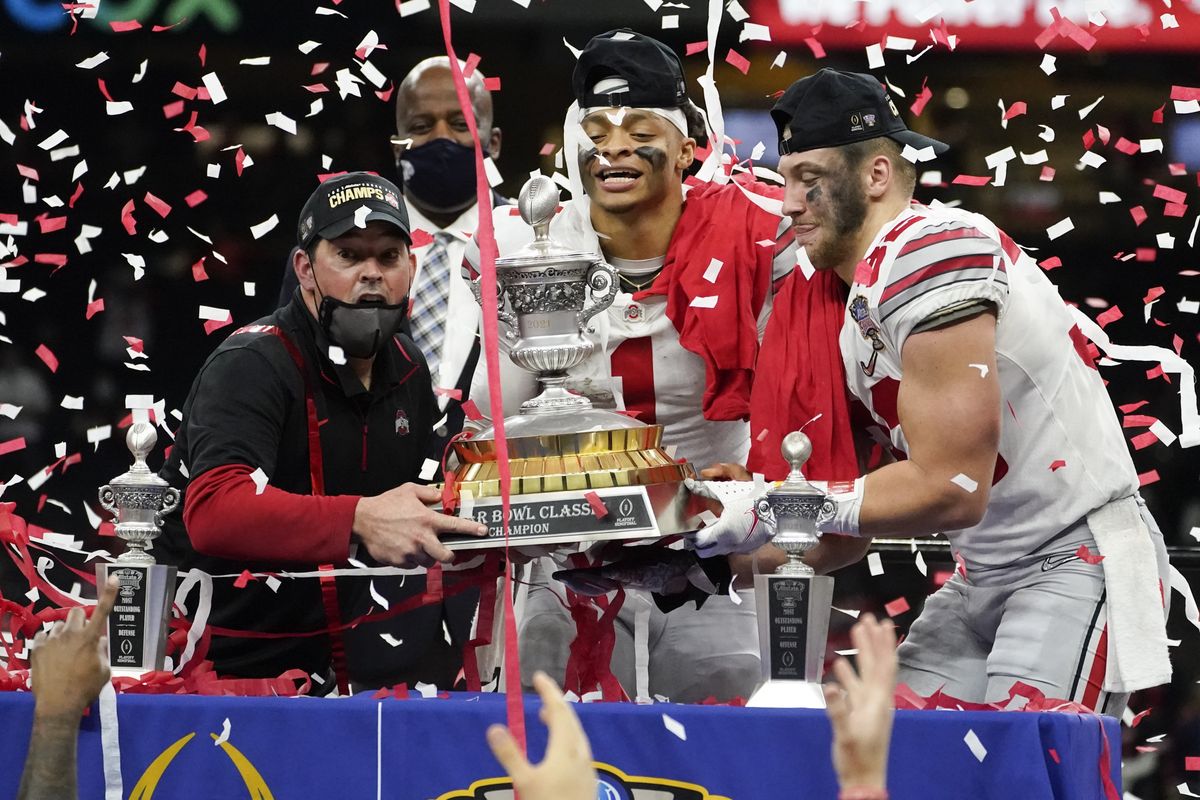 WSU: The women earned a five-point road victory at Utah to improve to 5-1 overall. … Elsewhere in the Pac-12 and college football, the big upset yesterday was Ohio State routing Clemson 49-28. The final margin was the surprising aspect, not that the Buckeyes won. … Alabama rolled over Notre Dame 31-14. The Irish have yet to win a CFP game. … The Pac-12’s highest-profile bowl game pits Oregon against Iowa State out of the Big 12. The Fiesta Bowl starts at 1 this afternoon. It should at the very least be interesting – and more competitive than the two CFP semifinals. … Colorado has lost a player to the NFL draft. … USC tops that, losing two more Friday. The Trojans also made staff changes. … Arizona State picked up an Oklahoma transfer. … In basketball news, the best game of the day matched up the No. 1 Stanford women against sixth-ranked Arizona in Tucson. On paper anyway. The Cardinal rolled, 81-54. … Arizona, after working out at Gonzaga yesterday, will be in Pullman tonight. … Arizona State is still not ready to play so Washington has the day off. And avoids another loss. … Stanford is available again, so the Cardinal will play Oregon State on Monday. … Before then, however, they will meet Oregon in Eugene. … Colorado will go for a sweep of the L.A. schools today at UCLA. The Bruins aren’t playing defense as well as Mick Cronin would like. … Both Utah and USC will try to avoid a winless weekend.

Seahawks: I’m in the camp the game with the 49ers will be a lot tougher than anyone might think. Part of it is injuries. … Ronnie Lott appreciates Jamal Adams. … Pete Carroll’s son, Brennan, is leaving the staff. He’ll be the University of Arizona’s offensive coordinator.

Mariners: When in the rebuild process should the M’s try to add a couple higher-priced free agents?

• The Gonzaga game-time change meant we had to redo our schedule a bit. Thanks ESPN. We have a life you know. Until later …