A GRIP ON SPORTS • Near and far. That’s where our news comes from this amazing Tuesday morning, though even the far has connections to the near.

• We’ll start from just north of the Spokane River. The Gonzaga women, newly risen to the No. 21 spot in the national polls, hosted Pacific last night in the McCarthey Athletic Center. And won handily as Jenn Wirth sliced through the Tiger defense for a career-high 26 points. 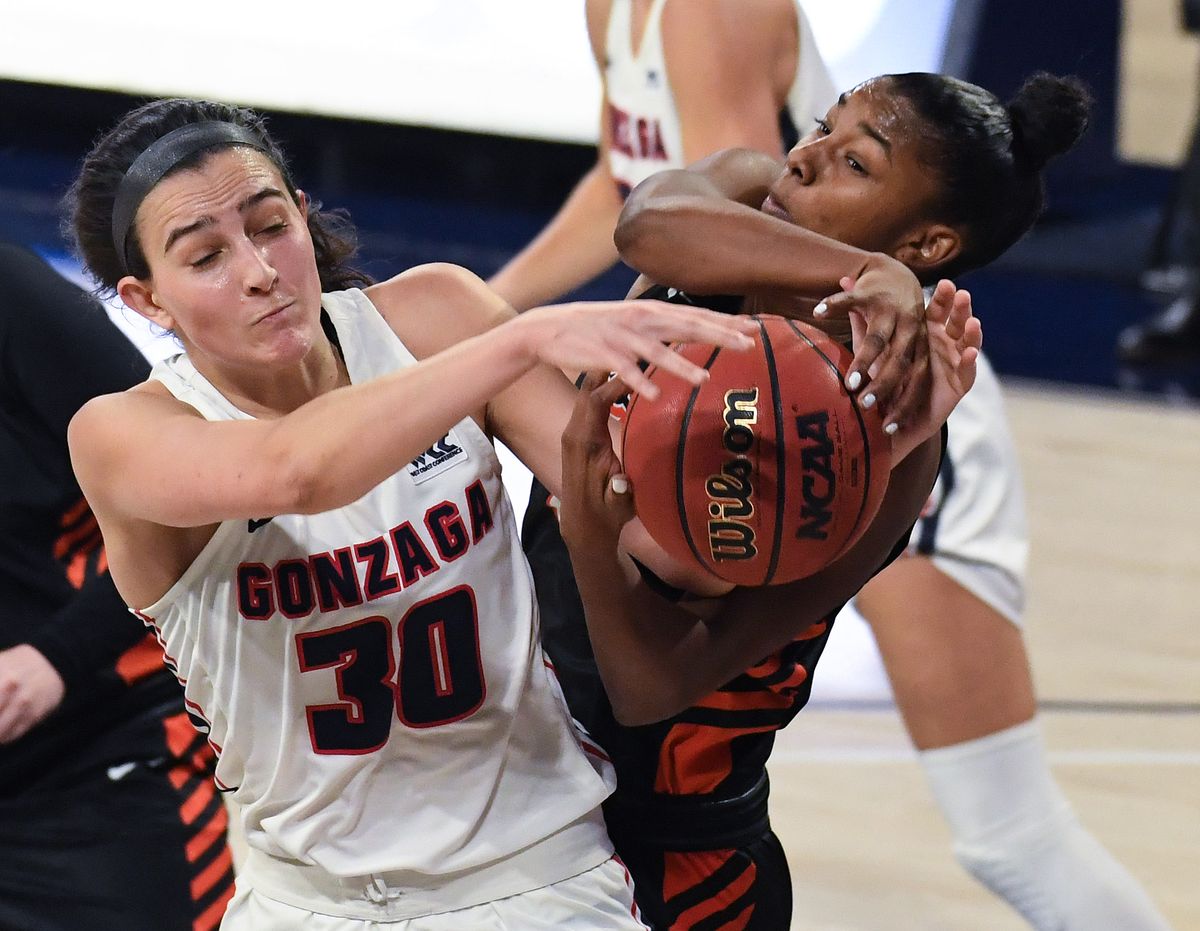 But the Zags really win with their defense, as Pacific was quick to tell everyone after the 79-59 loss. On that end Gonzaga is long and tall, quick and smart, mixing man with occasional zone traps to keep the rest of the West Coast Conference under control.

It’s the Bulldogs’ constant and they are constantly harassing opponents into poor shooting nights. That should bode well for GU as the season rolls on.

• Or doesn’t. Roll on, I mean. The WCC’s schedule for the men has been disrupted so often it’s becoming hard to envision a full schedule for every school. (The same can be said for the Big Sky and many other conferences, but right now the WCC is one of the biggest victims.) That means, long before the NCAA selection committee makes its choices for the Indiana-based tournament, the conference office is going to be given its calculator a workout trying to determine winning percentages.

They will determine seeds.

Is an 8-3 team better than an 11-4 squad? Not mathematically. But they could be. I guess we’ll find out at the conference tournament.

By the way, don’t be surprised today if the conference announces Gonzaga and BYU are playing Thursday. The Cougars’ game with Pacific has already been, cough, postponed. The Zags’ opponent, Santa Clara, has been on pause and may continue that way. If that’s the case, the matchup will probably be made.

• Let’s travel from near the Spokane River to hard by the Mississippi. In New Orleans. Where former Gonzaga Prep and Washington State football and baseball player Steve Gleason resides.

We all know Gleason’s story. His decade-long battle with ALS. His strength, courage and perseverance. It’s a story told over and over again – as well it should be.

But the day-to-day battles Gleason endures to spread his joy of living, no matter what, that’s not as well known.

Which is why today we can’t recommend a story more. This one, by The Athletic’s Jeff Duncan, is not to be missed. It’s hard to read at times, due to its subject matter, but spending a day with Gleason, if only in words, is something all of us should probably do.

At a minimum, it helps us appreciate our lives. There are more lessons available, however, if you are willing to take them into your heart.

And they come from someone who walked, figuratively and literally, the same well-trod Spokane paths many of us have. 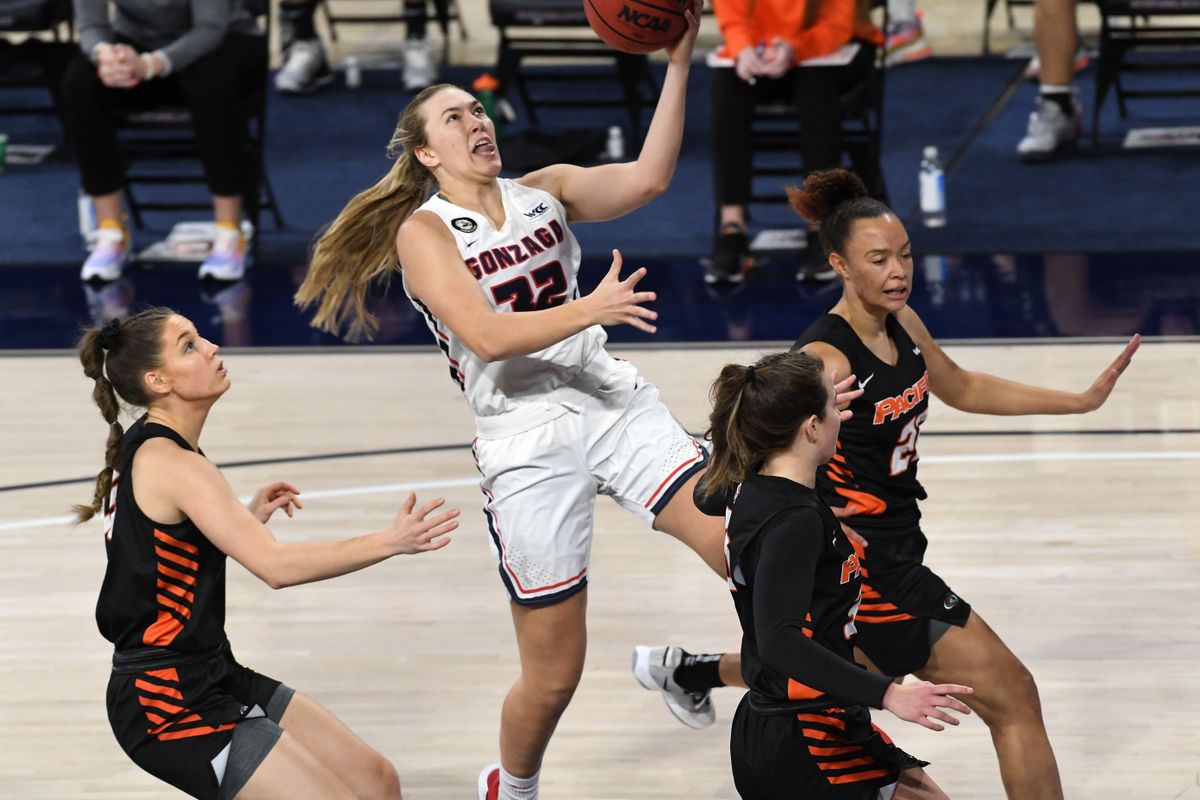 Gonzaga: We start with the win over Pacific. Jim Allen has this game story while Colin Mulvany supplies the photo gallery. … Jim also has a story on the Zags moving up in the Associated Press poll. … On the men’s side, we shared the NET ranking news yesterday, but Jim Meehan delves into it a bit more. … He also has a story on how Gonzaga feels about the entire NCAA tourney being held in Indiana. … With the Zags playing one of just a couple WCC games last week, it’s hardly a surprise Joel Ayayi was named the player of the week. That Oumar Ballo earned the same honor for freshmen, that’s a bit more surprising. … Finally, Jim Meehan and Larry Weir’s usual Monday conversation led to the latest Press Box podcast. … The Zags remained atop the college basketball polls. … Corey Kispert has helped his draft status immensely by staying in Spokane and adding to his game (last item in the notebook). … Elsewhere in the WCC, it’s been a long time since BYU has played a game. 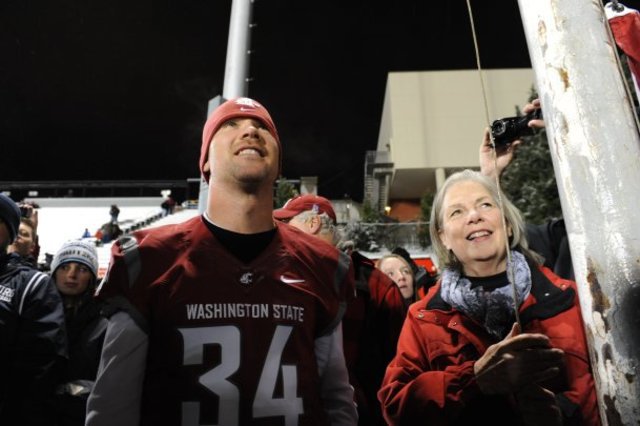 WSU: Again, don’t miss the Gleason story. Today is the 10-year anniversary of his diagnosis. … Around the Pac-12 and college football, what will Washington’s roster look like next season? … Oregon has to put the Fiesta Bowl behind it and start rebuilding for next season. More players are leaving. … Colorado’s best offensive lineman is ready to move on. … Speaking of losing players, USC’s receiving corps has been culled quite a bit this week. … UCLA is losing an assistant to Arizona as well, as Jedd Fisch puts together his West Coast-heavy staff. … The Wildcats have also picked up a transfer running back. … In basketball news, Stanford and Oregon State hooked up yesterday in Corvallis. It was close until the Cardinal pulled away at the end. … The top-ranked Pac-12 team in the first NET rankings? Colorado. … A freshman is beginning to assert himself for Utah. … The same is happening in Tucson. EWU: Bob Maplestone isn’t as well known a name in Spokane running circles as others, but John Blanchette tells us he had a huge impact back when running was king. Maplestone died recently at 74. … Around the Big Sky, Montana and Northern Colorado played a two-point game again. This time the Griz came out on top.

Seahawks: With the Rams heading back to Seattle again, expect a tight, drawn-out game. … The Hawks need to ensure John Schneider doesn’t leave for Detroit or anywhere else, for that matter. … Jamal Adams’ health might be the biggest question mark of the week. … Before the playoffs begin, it’s time to hand out awards.

Mariners: Though the M’s may add another starting pitcher before spring training gets underway, they may already have enough candidates. … The Mariners’ top prospects haven’t changed.

• If the WCC is going to make some scheduling adjustments, I hope it waits a while. I get off work at 9 a.m. Until later …