A GRIP ON SPORTS • What are Wednesdays for, exactly, these days? It wasn’t that long ago, the day was the middle of the typical work week (still is), when people would leave the office (does that happen anymore?) and celebrate (ditto) being over the hump to the weekend. Now it just seems like another day. Though we try to fill it with a little of this and a little of that.

• The biggest news of the week is one of the two Gonzaga/BYU matchups is coming early. As in Thursday. In Spokane. On ESPN. And Sean Farham will be on the broadcast, though I doubt he will be allowed to make a pilgrimage to his favorite hotel in the world.

Such are the vagaries of the pandemic.

You know, maybe we have the emphasis wrong. Maybe the more important news is, due to COVID-19 postponements, neither GU nor the Cougars were going to have an opponent available Thursday. So the WCC put them together. Yes, it is short notice. But it’s also 2021, so that’s the way it’s going to be. 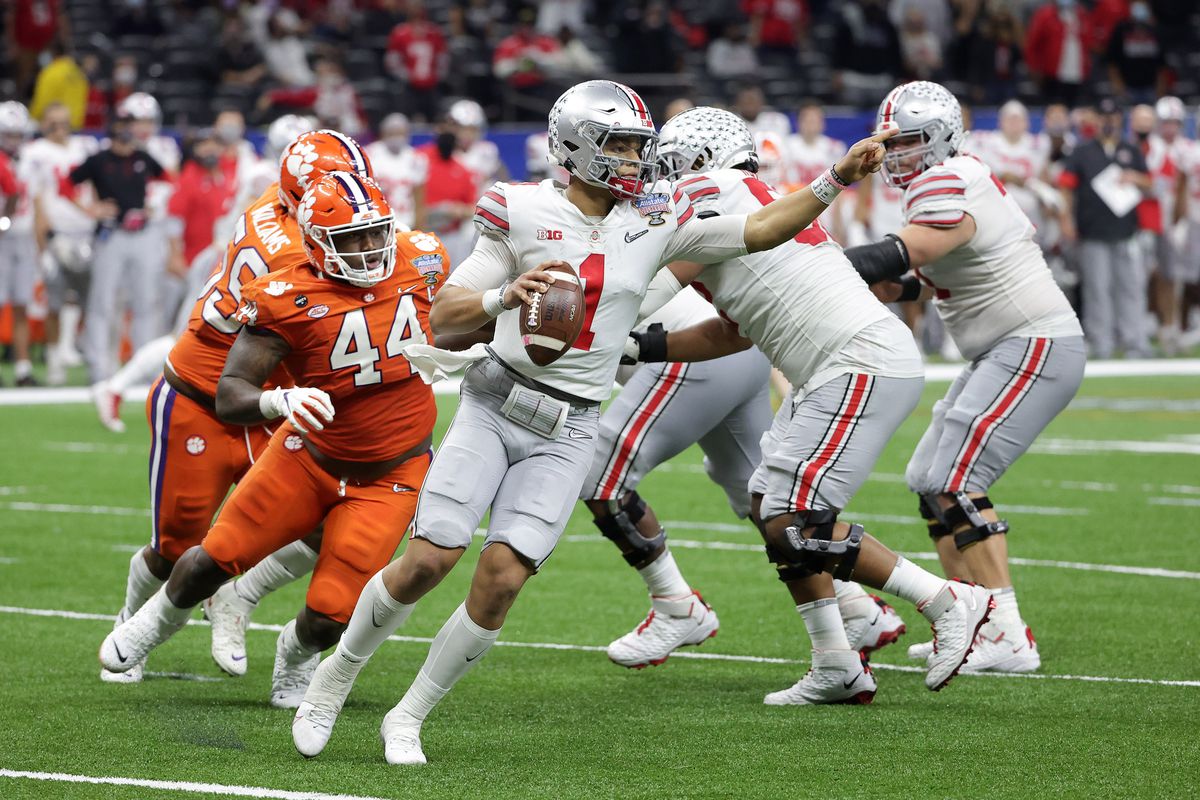 • The virus may not be done with college football, though college football would sure like to be done with it on Monday. That’s when the national title game is scheduled to be played. But there were reports Ohio State has some pretty significant coronavirus issues brewing. If their numbers fall below any of the thresholds established by the playoff committee, the game could be moved back a week as per guidelines established before the games began. (At least that might allow Kirk Herbstreit to attend.)

It makes one wonder. How long would the CFP organizers wait to play the game? Say Ohio State can’t go on Monday. And then Alabama has some issues. Would the game be put off another week or just canceled? Is February too late for a college football champion to be determined?

Ah, who am I kidding? If it took until the Sunday before the NCAA basketball title game before the teams could get on the field, it would happen. There’s too much money in play.

But we got to thinking about the award. I’m not sure there is another award that has fallen further in the nation’s consciousness, devalued not only by a fragmentation of awards but its own inability to change with the times.

The Heisman is supposed to go to the best college football player in the country. Yet it seems to be awarded annually to the best player on the best team, oftentimes that team’s quarterback. This year is an exception, though Alabama’s Mac Jones did finish third in the voting.

Think it’s hard for someone from the Group of Five to make the playoff? It is even harder for a player from those schools to become a Heisman finalist.

• We did watch the final period of the World Juniors hockey tournament championship game last night. The U.S. held off Canada and won, 2-0. The celebration was not only intense but obviously heartfelt.

Even now, that’s what sports is about. 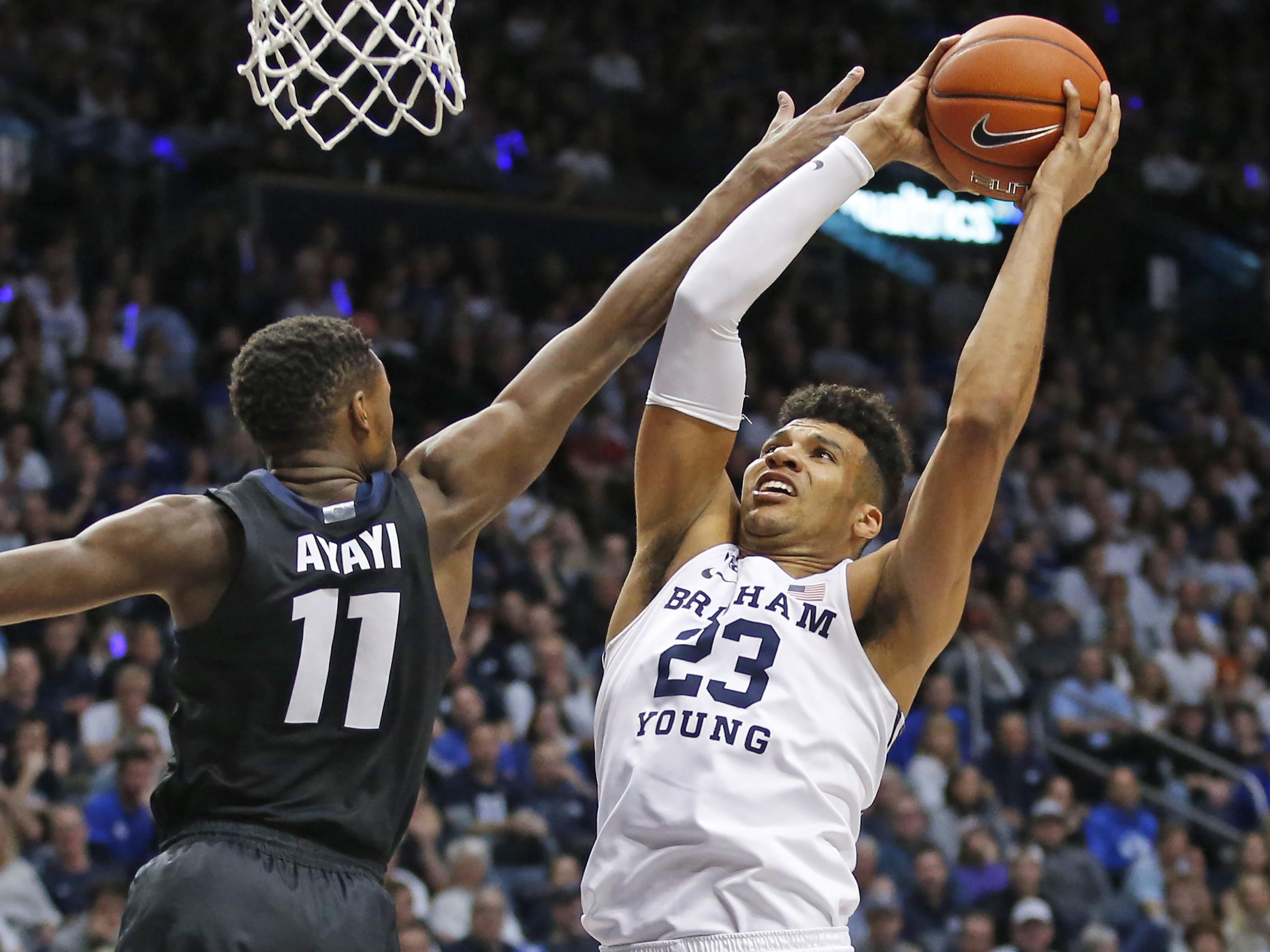 Gonzaga: The schedule change seemed to be in the wind early yesterday morning but the WCC didn’t announce it until after we had posted. Jim Meehan took care of the news with this story, which includes some comment from athletic director Mike Roth. … Jim also has a story on a few GU alums moving around among overseas professional teams. … The Zags consistently appear atop national power rankings. … Elsewhere in the WCC, BYU is just happy to be playing no matter who it is. … Santa Clara would love to get back on the court. … San Diego has had to postpone four more games. 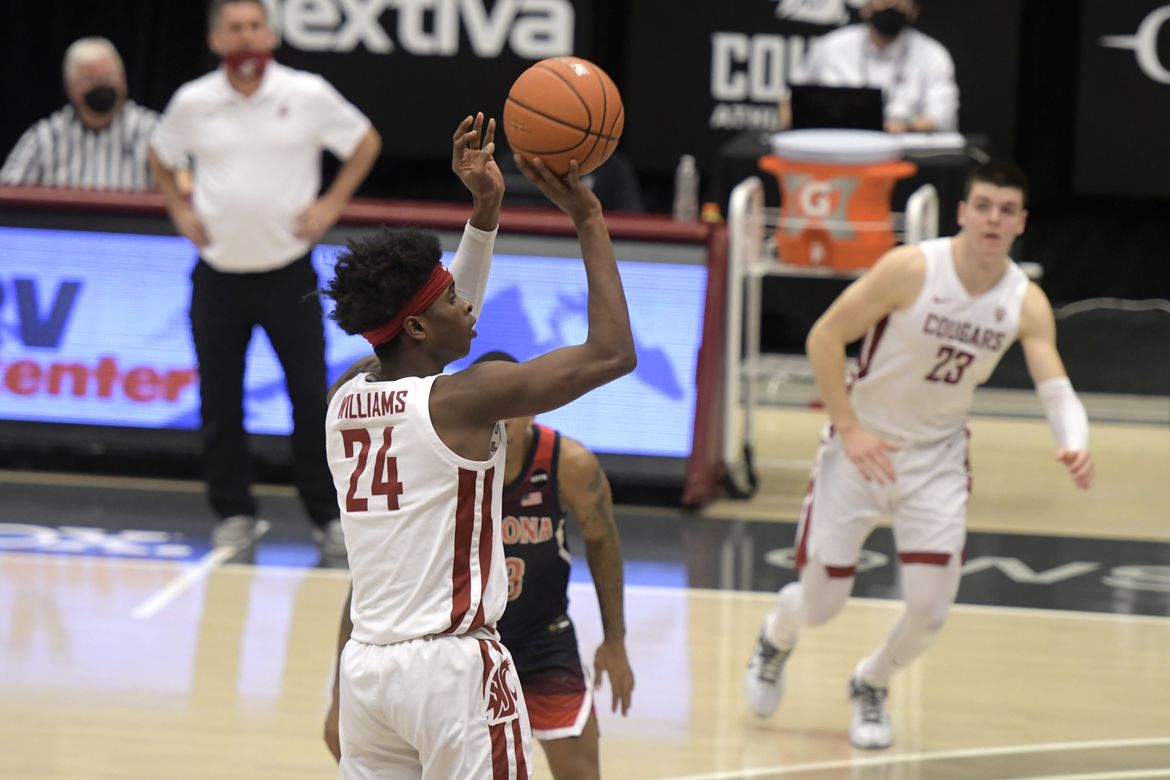 WSU: When a team misses nearly have its free throws and loses a game in double overtime, the charity-line shots become big news. As they are in Pullman currently. Theo Lawson has this story explaining how the Cougars are addressing the issue. … COVID-19 has taken a bite out of the schedule of the women’s team. But there has also been a makeup date announced. … Larry Weir spoke with Matt Chazanow for the latest Press Box podcast. … Around the Pac-12 and college football, 2021 is, in Jon Wilner’s eyes, a key year for the conference in terms of national relevance. … Oregon State picked up a transfer and lost one. … Big news for Colorado yesterday. Linebacker Nate Landman is coming back for another season after his injury. … Utah is starting a scholarship to honor Ty Jordan. … It looks as if Jedd Fisch is going to rope in a veteran defensive coordinator. Maybe that’s why Arizona seems to be keeping players all of a sudden. … In basketball news, Washington has added to its roster as it tries to rebound from a slow start. … Now Oregon State’s men are on a virus-caused pause, joining the school’s women. … Colorado has been hit hard by other’s problems. … UCLA has to adjust to the loss of Chris Smith. … Utah has made a lineup change. 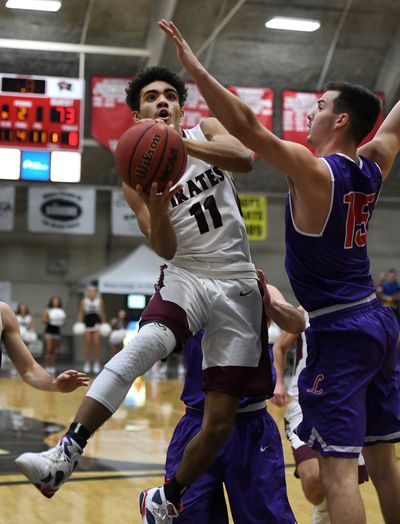 Whitworth: The Pirates’ athletic programs have been paused all school year but they are about to get underway. Dan Thompson delves into the schedules as the basketball program kicks off its season tonight.

Chiefs: Dan also spent some time recently talking with former Spokane players as they prepare for the truncated NHL preseason.

Indians: Former manager, and Los Angeles Dodgers’ legend, Tommy Lasorda was released from the hospital. He’s seems to be on the mend.

Seahawks: There’s a pretty good shot Jared Goff won’t be able to play Saturday after having thumb surgery in the past 10 days. But don’t get too happy. Remember when the Giants arrived in Seattle and had to use a backup quarterback? That loss cost the Seahawks the top seed in the NFC. … L.A. won’t announce a starter until game time. The same may happen with Jamal Adams. … K.J. Wright just keeps rolling along.

Sounders: There is a report Brian Schmetzer and the Sounders have reached agreement on a new contract.

• The NCAA has decided each school has to play at least 13 games this season to be eligible for its tournament. I’m beginning to think some schools are going to have trouble meeting that threshold, considering how many are in some sort of coronavirus pause these days. Maybe the future will be better. Until later …