A GRIP ON SPORTS • It should be an enjoyable weekend. After all, it’s a weekend. In January. Which means football, basketball and a bunch of gloomy weather. That’s a recipe for fun if you have a decent TV, reliable cable and some time off.

• Before we take our usual Friday morning look at what’s ahead, a look back is in order. We did watch hours and hours of college basketball last night.

Our impressions? Gonzaga was more than BYU expected, Washington State would be really, really good if it had a true point guard and the Pac-12 is going to be a crapshoot all season.

– The Bulldogs are impressive on film. But the speed at which they play isn’t something that is abundantly clear just watching, mainly because they seem to be so effortless while blitzing past the defense. Things that look like they might work after watching video fall apart in reality.

BYU found that out in the first seven or eight minutes Thursday evening. The Cougars adjusted, somewhat, but by the time they did it was too late. The game was not over but it was decided. 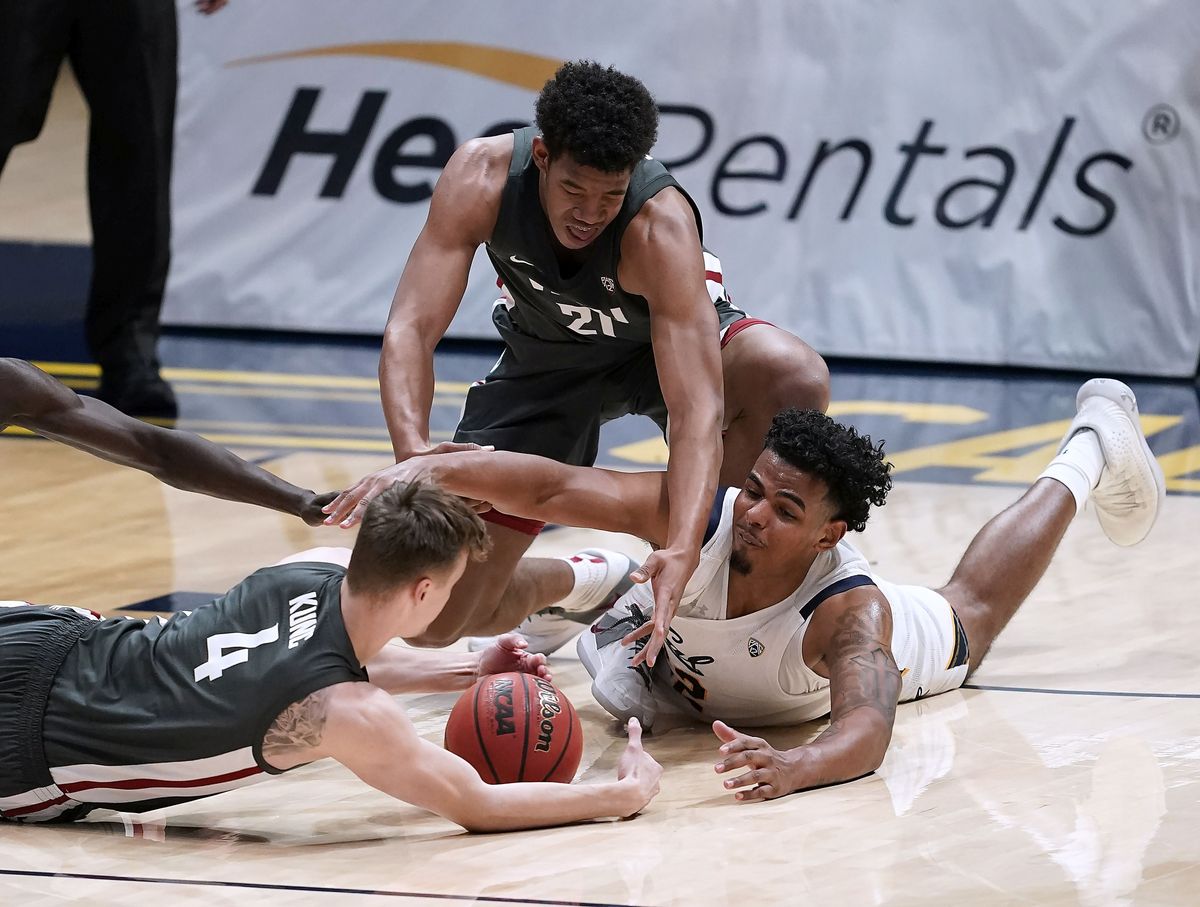 – Isaac Bonton played his best game of the season last night for Washington State. He’s a huge reason why the Cougars won at California. But that being said, he’s still playing out of position. And it showed as the game wound down and WSU tried, successfully, to protect a double-digit lead.

The final few minutes included way too many Cougar possessions that were, if not out of control, then a bit too frantic. And the point guard is in charge of that – for good or bad.

As the game finished, Bonton seemed to be almost in a personal battle with one of the Bears, a situation that can only help the trailing team if WSU loses track of the ultimate goal: run the clock and win the game. It didn’t matter last night as Cal is, quite possibly, only better than UW in the conference hierarchy this season. But it could matter a great deal down the road.

– Oregon loses again in Boulder. Good USC shows up down the stretch and the Trojans win in Tucson. UCLA is not the same without Chris Smith and barely gets past a shorthanded ASU team. Washington State defends so hard it should be in almost every game. COVID-19 is a wild card.

Heck, the only constant in Pac-12 basketball this season is Washington. The Huskies have fallen and can’t get up. How’s everyone feeling about that Mike Hopkins contract these days?

• A couple of thoughts about the weekend’s sports schedule:

– The Pac-12 didn’t do Washington State any favors Saturday: The Cougars’ start time against Stanford, in what could be a key measuring stick of how far they have come, conflicts with the Seahawks’ wild-card round game against the Rams. WSU starts at 2 p.m., some time midway through the first quarter of the Hawks’ game. Not good.

– The best college basketball game this weekend might just be on this morning. No. 11 Oregon vs. No. 1 Stanford from Santa Cruz. The game tips at 11:30 a.m. on the Pac-12 Network. The Cardinal owe the Ducks a little payback for the past three seasons.

– If you have nothing to do Saturday morning and don’t mind a little blood, turn on ESPN at 10. No. 4 Texas is playing at No. 14 West Virginia. It should be a battle. Literally.

– Then again, it’s hard not to watch the NFL. Besides the Hawks and Rams, Saturday’s matchups include Indianapolis at Buffalo (Phillip Rivers playing a playoff game in cold weather; what could go wrong?) and the Fighting Tom Bradys at Washington. Sunday features three more games, including Cleveland at Pittsburgh in prime time. They all should be fun.

• By the way, despite the easy nature of the victory, Gonzaga did not cover the spread last night. Call it a bad beat if you want, but it’s obvious the Zags’ bench players aren’t quite ready for prime time. And Mark Pope was looking to build a little late momentum for BYU to take into the weekend.

Of such things are back-door covers made. 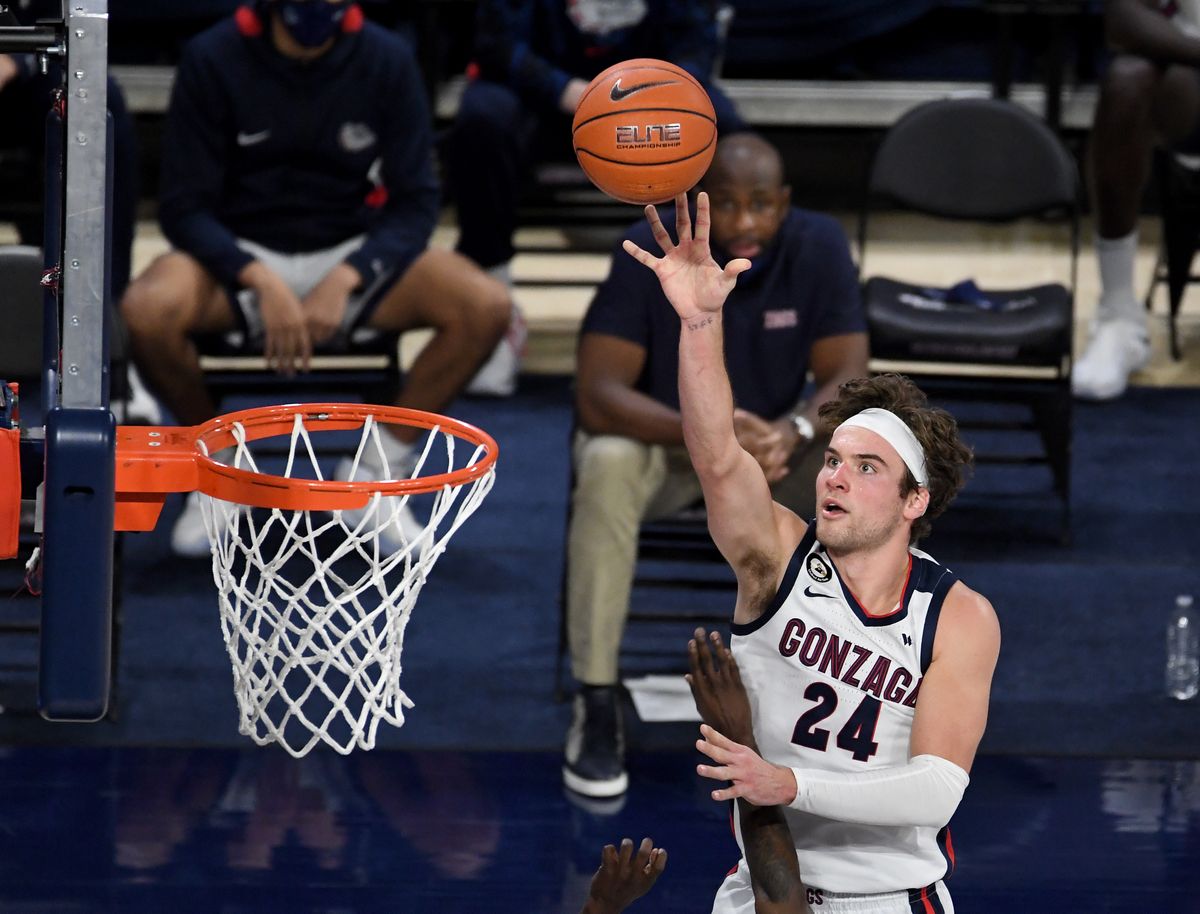 Gonzaga: As per usual, just about every aspect of the WCC win is covered by the S-R. Jim Meehan takes care of the basics, with his game analysis and difference makers. John Blanchette adds depth and context with his column. Colin Mulvany takes care of the art with his photo gallery. We try to add a bit of humor – and food criticism – with our TV Take. The visual flow of the game is documented in this recap with highlights. Solid and complete. … Jim also had a story before tip on three GU players nominated for the Wooden Award. … Also before the game, Larry Weir talked with KXLY sports director Keith Osso about the Zags and a lot more in the latest Press Box podcast. … Any coverage of the NCAA bracket or power rankings will include some comments about Gonzaga. It’s a given this season. … Elsewhere in the WCC, Portland had a solid nonconference showing. And a great first half at USF. The second half? Not so good. The Dons rolled 88-64. 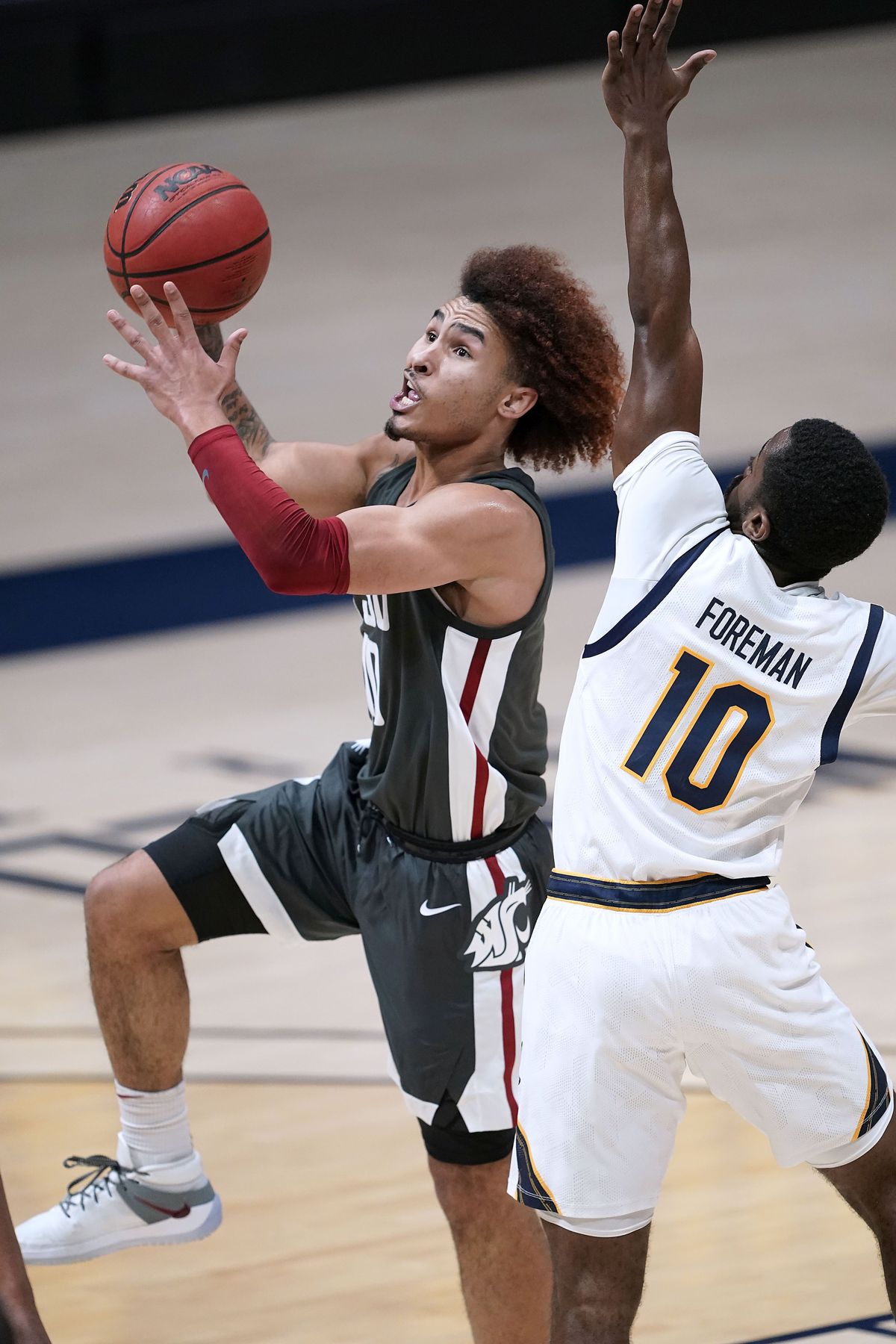 WSU: Theo Lawson was in Berkeley last night – stay safe Theo – and has this game story. … Around the Pac-12 and college basketball, the start to this season – and last night’s game – is about as bad as it can get for Washington after its loss to Stanford. … Oregon State actually has it worse without even playing. The virus is so rampant some thought must be given to shutting down the season. … Oregon might want to consider petitioning to have Colorado kicked out of the conference after another loss in Boulder. … Arizona couldn’t hold off Evan Mobley and USC down the stretch. The Wildcats don’t lose at home all that often. … Arizona State isn’t Arizona State right now. UCLA isn’t what it once was, but unlike ASU, that can’t be changed. … In football news, a couple players have left the Washington program. … Oregon’s defensive coordinator interviewed for the Boise State head coaching position yesterday. … Oregon State will have a lot of seniors returning for another year. And a few new players coming in. … Arizona has an entirely different staff and some new players. … Colorado is dealing with a poor end of the season.

Whitworth: Two games in two nights. Two close losses. The season hasn’t begun as well as the Pirates would have liked. Dan Thompson has the coverage of Thursday night’s double-overtime loss to visiting College of Idaho.

Preps: There is a way back to athletics, as Dave Nichols explains in this story. But one high school athletic director told me yesterday the new guidelines also brought a host of questions, including the status of sports before students are allowed into schools by individual districts. Such issues will have to be worked out before competitions begin. 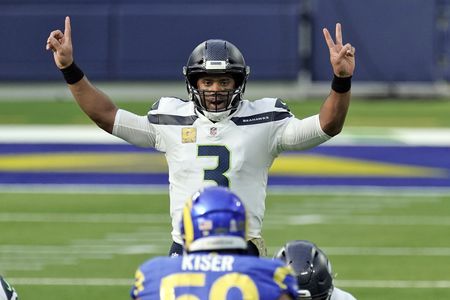 Seahawks: What gives Russell Wilson an edge? His quest for knowledge. … He’ll have to be good to great for the Hawks to win in the playoffs. … There is a lot to watch Saturday against Los Angeles. … Hey, there are grades for the entire regular season. … A couple of key defensive players are questionable but everyone is expected to be ready. That includes Jamal Adams. … Believe it or not, Luke Willson is back. … The Rams’ Jared Goff feels if he’s needed tomorrow, he’ll be ready to play. Pretty remarkable considering he had surgery on his thumb less than two weeks ago.

Mariners: Roenis Elias is back in the organization. That is all.

• My schedule today is relatively clear. Grab the mail. Exercise a little. Pay a bill or two. Nap. Make dinner. Maybe fiddle with the barbecue. Nothing pressing or demanding. A typical 2020-21 Friday, actually. Until later …