A GRIP ON SPORTS • Maybe it’s only fitting. Tommy Lasorda, the former Spokane Indians (and Los Angeles Dodgers) manager died late Thursday. He was 93 years old. He was not only a Hall of Fame manager but a master storyteller as well. Just about every Spokane baseball fan around the Lilac City back then has one about the gregarious manager. So do we.

• Our story, however, has nothing to do with Spokane. When I met Lasorda, he had already managed the Dodgers in two World Series.

It was 1979 and I was at Dodger Stadium to write a story about Dave Patterson, a rookie pitcher with Los Angeles. 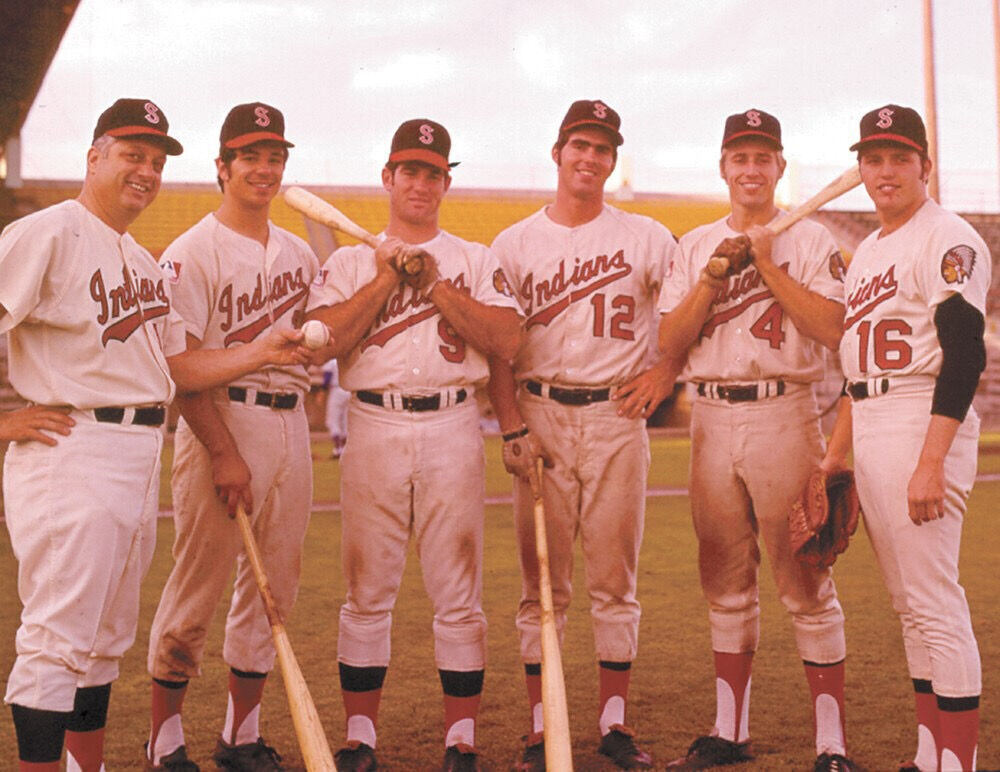 Patterson was a revelation. In the midst of a disappointing season for Lasorda and the Dodgers, the right-hander, drafted out of Cerritos College three years before, was holding his own in the bullpen, en route to a 4-1 record and six saves.

Orange County Register sports editor Hal Snyder sent me to do the story, mainly because Dave and I were road roommates together in 1975 as freshmen at UC Irvine. At least on the trips when Dave didn’t bring his wife.

Anyhow, I introduced myself to Lasorda that year, he made some joke about my last name and gave me a quote about how Patterson was the next Don Stanhouse or something. The next season, Patterson was back in the minors, never to see the bigs again.

In August of 1980, an emergency came up. John Strege, the Register’s Dodger beat writer, couldn’t make a trip. A replacement was needed. Working the editing desk that summer, I was available. And, as my goal was to at some point become America’s premier baseball writer, I volunteered to fill in.

But no one else could do it. I packed quickly, grabbed my cheap manual typewriter, drove to Dodger Stadium for the Sunday game against the Cardinals and threw my bag on the pile with the rest of the sportswriters. After the game, we were off to Atlanta.

Anything notable happen? Well, the Dodgers won two of three against the Braves, I went drinking all night with Gordy Verrell, the dean of L.A. writers, and a couple umpires, including Joe West. I ruined one game story by sweating all over the paper as I typed in the Atlanta humidity. There was an incident in the Dodger clubhouse that Steve Garvey shared with Verrell. And I somehow locked myself out of my hotel room, clad only in my underwear. Pedro Guerrero came off the elevator as I stood in the hall, room-service tray held discretely in front of my tightee-whitees. He had the audacity to laugh.

Much of what was happening to me was worth laughing about. But not to Lasorda.

It was after the trip moved to Cincinnati that he decided to step in. As he told me later, he didn’t want to see a young Italian kid ruined by the wrong influences. Following an 8-5 loss to the Reds on Friday night, he instructed me to meet him in the hotel lobby. He was going to have dinner at his favorite Italian restaurant. He wanted me to join him.

And kid, he said, remember to wear pants. I did. 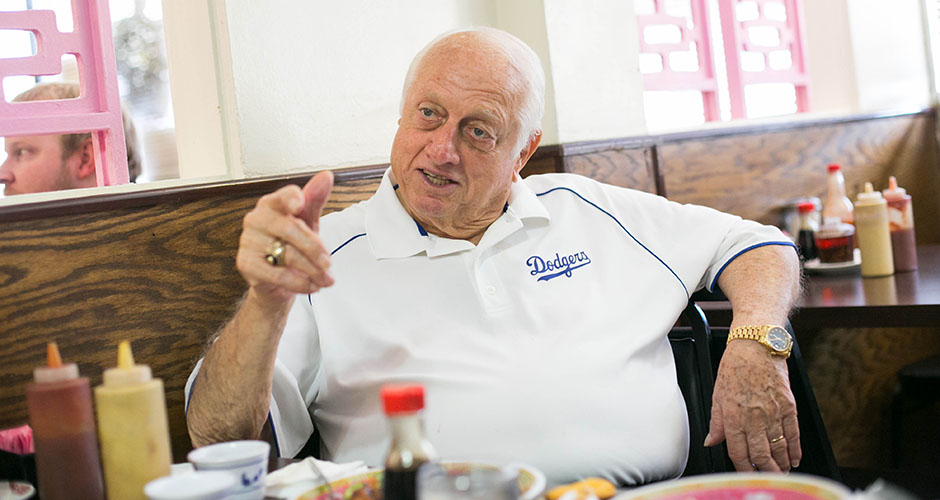 We walked from the downtown hotel to the restaurant. As we meandered in the warm, humid night, he peppered me with questions.

Wondered how an Italian kid could have red hair. I told him about my Irish mom. And her temper. He laughed. Wondered where my dad’s family was from. Sicily and Naples I said. We got to the restaurant, a narrow place tucked in a downtown building like Italian restaurants all over America. It was closed. But not to Tommy. He knocked. The owner opened the door, they hugged, introductions were made – it was after midnight – and we settled into a long, leisurely meal.

Tommy did most of the talking, but he was genuinely interested in my story as well. I told him about my grandmother coming over from Italy at 14, betrothed to a 60-year-old man in L.A. who died a couple months into their marriage. He had comparable stories.

I told him about her second husband, the hit man for the L.A. mob who had his head blown to pieces stepping off the streetcar in Pasadena. He had comparable stories.

I told him about my dad’s dad dying in an industrial accident when pops was nine months old and how my grandmother raised her five kids alone in a broken down Sierra Madre Depression-era home. He had comparable stories.

I told him about my dad’s time in World War II, how he outpitched Virgil Trucks in back-to-back games as the war wound down and how my mom nixed his opportunity to sign with the Giants. He didn’t have a comparable story, but did tell me how lucky dad was to avoid ending up with that team.

All the while we ate spaghetti and meatballs. Broke bread. And then, after a couple hours, he got to the point.

He was worried. About me. And being I was Italian – Sicilian, I corrected, making him laugh – he wanted to get me back on the right track. He was working me, I realized in the not-too-distant future. He didn’t want to see a young writer with such a great future go down the wrong road, hanging out with guys like Verrell and Mike Littwin and the like, making the wrong type of friends – and enemies.

Listen to Tommy, he inferred, and learn. And maybe someday I would be a great baseball writer. That was the lesson.

As we walked back to the hotel, he told me how great my writing was, how bright my future, how he, Tommy Lasorda, would help me reach my goals. In the lobby, I thanked him for the meal, the conversation, the time. We went our separate ways.

The Dodgers won the next day. They were 4-3 on the trip and had moved back in front of Houston into first place. In the postgame scrum, Lasorda called me his good luck charm and made it clear he was going to call my editor and have me replace Strege on the beat. Everyone, including me, laughed.

Kim met me at the LAX gate. We walked from there to our luggage with Steve Garvey. He did to her what Tommy did to me that night in Cincy, showing such an interest as to make her float down the walkway. By the time we got back into our Volkswagen for the drive home, she was in love. I understood.

Two days later I was back in the office, editing stories, the trip just a memory. It would be the only time I would ever travel with a big league club. My life was headed on a different path, with different signposts and different guides.

Even if it was only for one night in Cincinnati.

• Before we move on to other subjects, we want to bring your attention to John Blanchette’s column about Lasorda and his time in Spokane. The man’s luminescent personality brightened a few Inland Northwest summers some 50 years ago. And the light still shines today.

Gonzaga: The Bulldogs will play their first true road game tonight (5 p.m., KAYU and Root outside the Spokane area), though there is nothing like a “true” road game this season. Jim Meehan has a preview as well as the key matchup. We’ll watch and have a TV Take for you right after the game. … Elsewhere in the WCC, the BYU player who went down with an injury against the Zags looks to be out for a while. … The Cougars’ game with Pepperdine has been rescheduled. 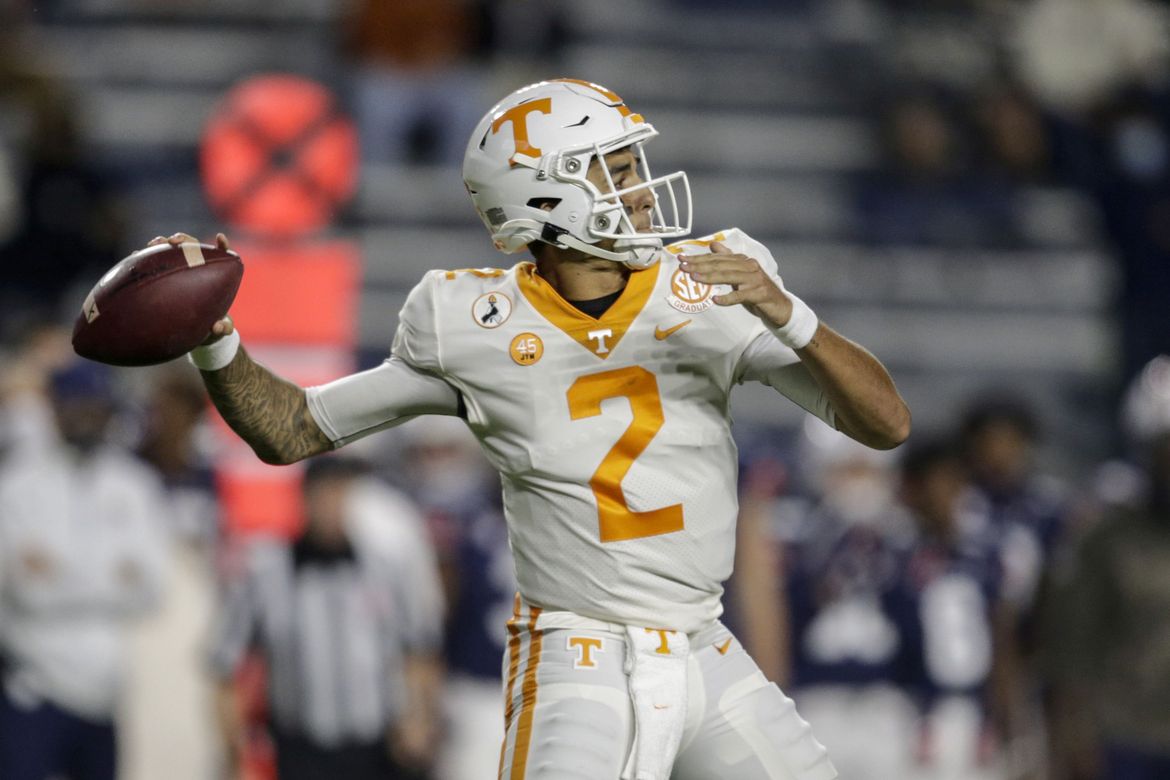 WSU: There will be an experienced quarterback vying for the starting job come spring (if there is spring football). Theo Lawson shares the news Jarrett Guarantano has transferred to Washington State. Guarantano started 32 games for Tennessee the past four years. … Around the Pac-12 and college basketball, Washington is looking for more scoring. … The UW women are looking to get back on the court down the road. … The top-ranked Stanford women used a second-half surge to defeat No. 11 Oregon. … The Ducks’ Kelly Graves has cashed in. … Oregon is at Utah with both teams looking to get back on track after recent losses. The Utes face a tough stretch. … Colorado is in the middle of a similar period. … UCLA expects Arizona’s best shot after the Wildcats lost to USC on Thursday. … In football news, Oregon has lost its defensive coordinator. Andy Avalos is headed to Boise State as head coach. … The Ducks have also lost a reserve linebacker. … Jonathan Smith is happy with where the Oregon State defense is headed. … At least one person believes USC is in a good place.

Chiefs: The Western Hockey League has committed to playing a 24-game schedule. How and when that will occur is still to be determined, however.

Preps: As Washington high schools try to figure out how to safely hold athletic competitions – Arizona cancelled all winter sports seasons this week amid a growing COVID-19 outbreak – Dave Nichols talked with Larry Weir about the issues everyone faces. It’s the centerpiece of the latest Press Box podcast. Seahawks: Just when we thought the Hawks’ offense would be completely healthy to face Los Angeles’ tough defense, Rashaad Penny is listed as questionable with an injury. … If you want a defensive turning point, look no further than the loss to the Bills. … Bobby Wagner is an All-Pro for the sixth time. Next stop, Canton. … One key area that doesn’t get enough credit is the group of people who test the Seahawks daily. … Speaking of injuries, will Jared Goff play today? The guess here is yes.

Mariners: There are a bunch of stories about Lasorda, especially in the Los Angeles area newspapers. We wanted to share a few.

SuperSonics: There is only one right choice for NBA expansion.

• Infectious energy. It’s a term that has applied to many people who have passed through my life. But none more so than Tommy Lasorda. It’s why he was so successful as a manager. Until later …