A GRIP ON SPORTS • It’s time for a little truth telling. Though the truth we are about to cover isn’t shocking in any way.

• There is no doubt this pandemic-rattled season there are two levels of college football. There is Alabama. And there is everyone else. 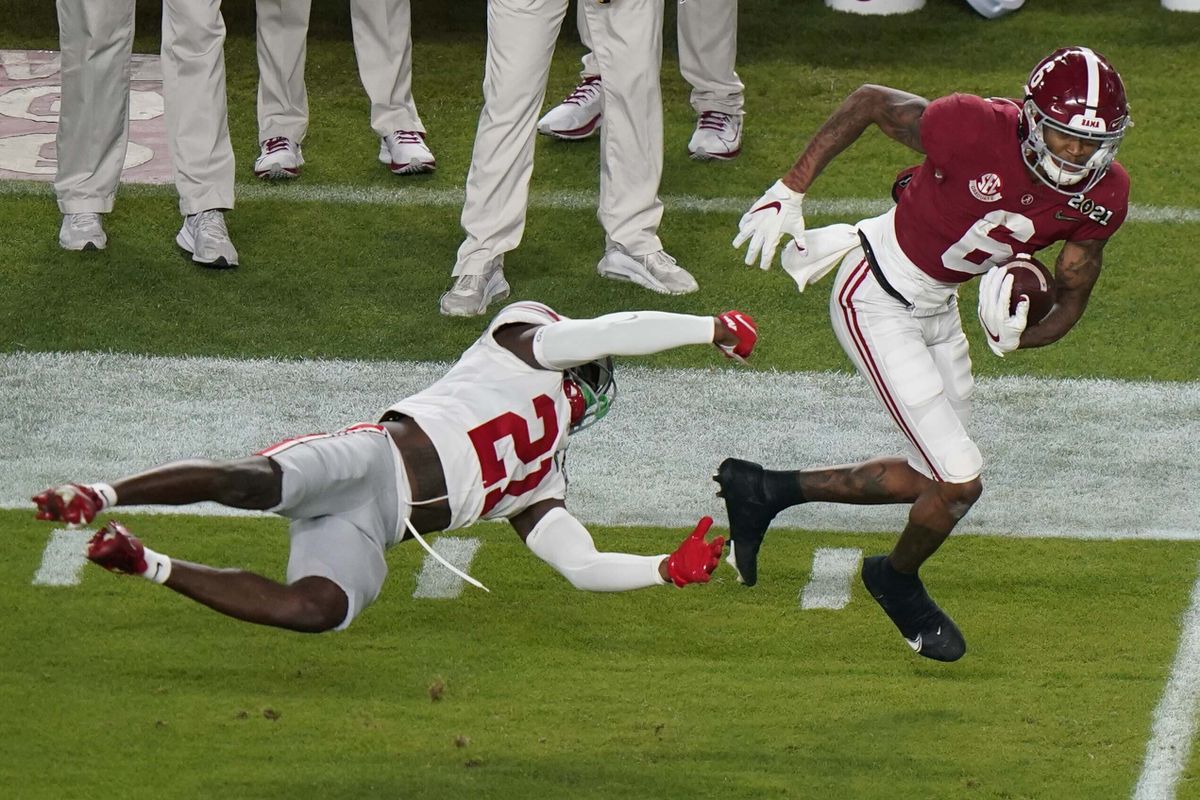 The Crimson Tide swamped Ohio State 52-24 last night to win another national title – don’t fall for the canard that the school has won 18 of them; many of those are just of the let’s-claim-them variety. But the truth of the matter is Nick Saban’s program is head-and-shoulders-and-waists better than any other in the nation.

Not every year, thank goodness. But six times in Saban’s 14-year tenure at Alabama, the Tide has won the national title. That’s pretty darn good. Heck, in eight of those 14 years, Alabama has lost zero or one game.

It is the best program in college football. And it’s not all that close.

– Sports gambling is legal in some form in 19 states and Washington D.C. And that number is only going to grow;

– Professional gamblers thrive on inside information;

– The line for last night’s game jumped toward Alabama – it started at 6.5 points and ended at 9 – as the game drew nearer;

– Ohio State announced just before game time three starters, including two on the defensive line, along with 10 other players, were not going to play.

There is good chance there was a correlation between the money dumped on Alabama and the injuries. Someone knew the extent of the Buckeyes’ COVID-19 issues and other injuries.

That’s a problem. And will be more of one as legalized gambling becomes even more prevalent over time. At some point there is going to be a scandal, a selling of information kept secret because college coaches don’t want to give up an advantage.

The NCAA and/or the Power 5 conference commissioners need to step in before that happens. They need to be proactive, something neither are good at. Take the temptation away by mandating injury reports like the NFL. No one would have advantage if the playing field is leveled, and neither would anyone be able to financially prosper by selling secret information.

It’s not that hard. Make releasing the injury information part of the scholarship agreement. That allows schools to skirt any privacy concerns. It also lets a ray of sunshine into the training room and that can’t be a bad thing. 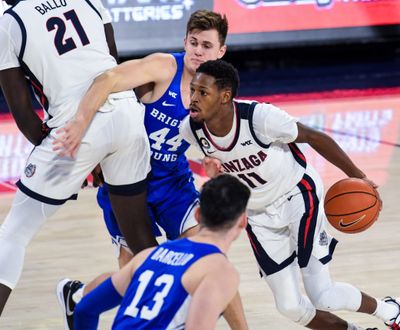 Gonzaga: So Mondays are busy for Jim Meehan. He talks with Larry Weir for the latest Press Box podcast. … He checks the rankings to make sure the Zags are still No. 1. … And he waits for the West Coast Conference to release its weekly awards, which, once again, featured two GU players. … David Stockton has signed with the Memphis G League franchise. Jim has more on that as well. … Baylor shouldn’t pass Gonzaga in the polls unless the Zags lose. … The Gonzaga women moved up to 20th in this week’s AP poll. Jim Allen has more on that and on Jenn Wirth being named the WCC player of the week. … Surprisingly, the women are not included in this national power ranking. … Elsewhere in the WCC, former BYU coach Dave Rose is recovering from a recent stroke. 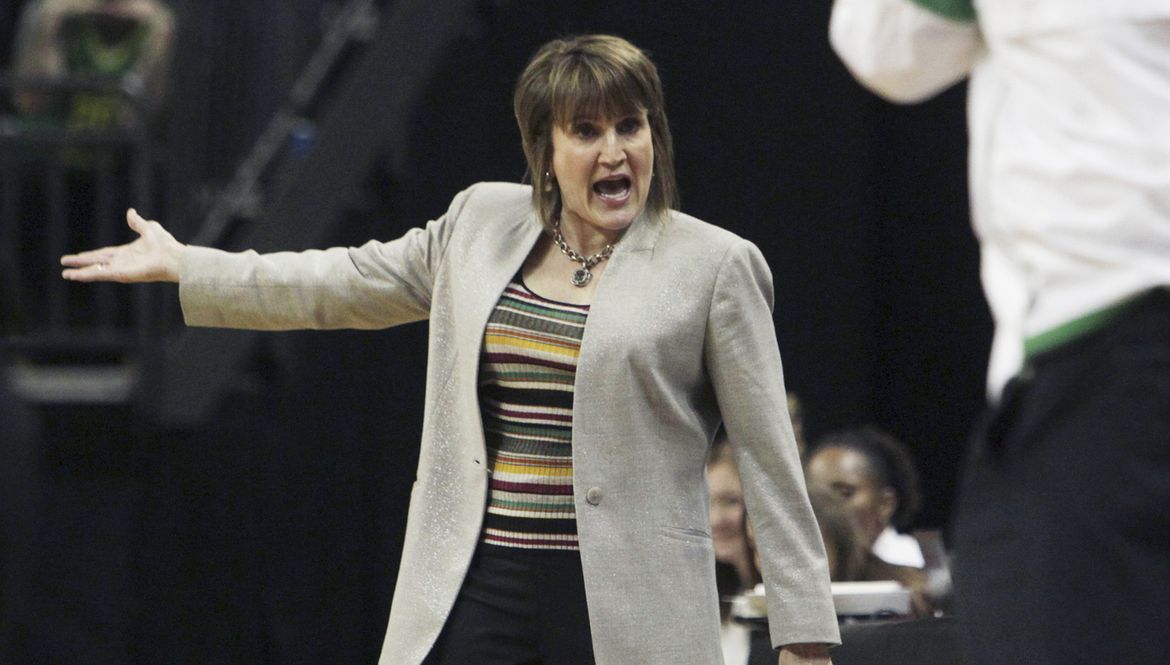 WSU: The Washington State women’s basketball team was the only Power 5 school never to be ranked by the Associated Press. Until yesterday. Jim Allen has this story about the Cougars hitting the poll for the first time. … Around the Pac-12 and college basketball, with the polls out, we can pass along one example as well as a power rating for the conference teams. … Colorado ended a long drought in Salt Lake City by topping Utah. The Utes aren’t in panic mode. … Arizona might be after losing a top player for the season. … Arizona State’s women are still dealing with coronavirus issues and have had to postpone more games. That impacts Oregon and Oregon State. … In football news, the final poll is out and of course Alabama is No. 1. After that, though, there are a lot questions. … Washington has some questions to clear up, including at quarterback. … Utah’s roster will change some, including at running back. … Arizona State is included in a few lists of next year’s top 25. Not this one though. … Arizona is rebuilding its roster and trying to keep a senior or two. 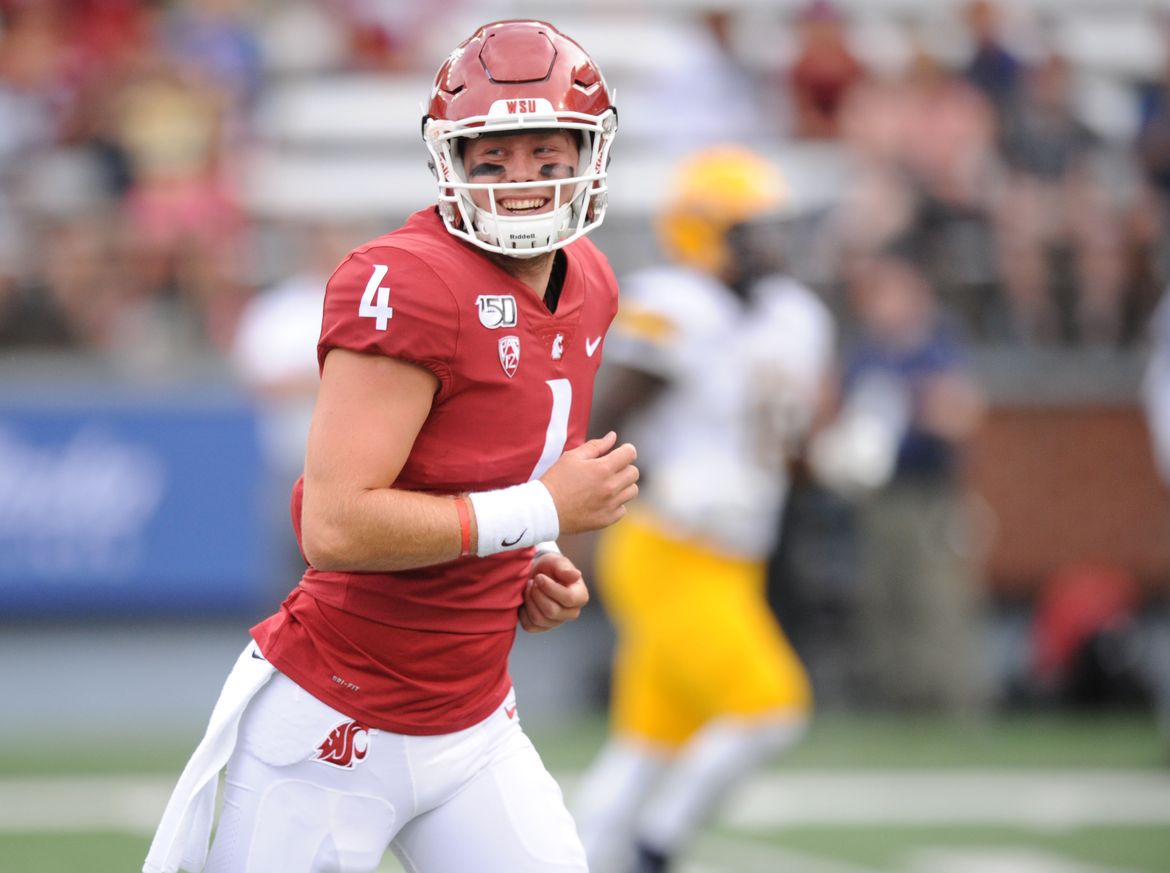 EWU: Gage Gubrud is going to try to re-emerge as a CFL quarterback. Ryan Collingwood has this piece on Gubrud signing with British Columbia.

Chiefs: The WHL is going to play at some point. Just how that will happen is still not clear. But Dan Thompson tries to figure out as much as possible in this story.

Seahawks: Pete Carroll is aware Russell Wilson needs help. And Carroll has a plan to help him. Run the ball more. Loosen up defenses. One other thing. Carroll also believes Brian Schottenheimer is the guy to do just that. I’m not sure many fans feel the same way. … Carroll would love to see most of the Hawks’ 24 free agents return. … Seattle was the only NFL franchise to not have a true positive COVID-19 test. … Jamal Adams will have a couple of surgeries. … It was a good season, yes, but there were issues.

Mariners: It wouldn’t hurt the M’s to talk with Trevor Bauer’s agent. But signing him may not make sense right now.

• I’m not saying the wind is blowing hard today but I do believe I just saw Christopher Robin’s umbrella race by my window. Followed by Winnie the Pooh. Add in the rain and a pandemic and we have the type of Tuesday that ensures I never leave the house. Until later …