A GRIP ON SPORTS • Nothing better than sitting down to a day of college hoops. It is what Thursdays in January are all about, right? And, with the weird virus-caused schedules, there are even more to watch. Unless, you know, games are cancelled and then others are moved.

• For once, though, a last-minute change is not just palatable but goes does with gusto. See, if Gonzaga’s home game today against Pepperdine hadn’t been moved from 2 p.m. to 6 p.m., so that it could be on ESPN’s main channel, then it would have been impossible to watch both the Zags and the Cougars on this stay-indoors Thursday. No, it’s not some sort of school holiday. At least I don’t think so. But college isn’t college right now, with classes being held remotely. So games can be scheduled at about any time.

Like 2 p.m. That’s when Washington State and UCLA tips off in Pauley Pavilion. And it isn’t even the first Pac-12 game of the day. That honor goes to Colorado, which hosts California at 11 a.m. (our time, noon in Boulder) on the Pac-12 Network. What a country.

By the way, the Cougars’ game is on FS1. Stanford at Utah is at the same time on ESPNU. Washington at USC plays out at 5:30 on the Pac-12 Network and Arizona’s visit to Oregon State finishes the conference’s night at 8 on FS1.

• We had a couple more thoughts on Pete Carroll flexing yesterday and showing offensive coordinator Brian Schottenheimer the door.

We don’t think Carroll is going to hire Doug Pederson, the Puget Sound native who led the Eagles to a Super Bowl win, despite Pederson’s proven ability as an innovative offensive mind. What sounds like a positive is probably a negative in Carroll’s view.

And we wonder how Russell Wilson feels about all this. Specifically, if he wasn’t consulted and/or on-board, could Wilson, who is starting to grow a bit long in the tooth, ask for a change of scenery? Don’t laugh. Players want to win, sure, but Wilson’s obsession with his legacy has seemed to grow the past few years. The two – winning and legacy – are intertwined in the NFL, so Wilson’s goals and the team’s goals have been joined at the hip.

Does he view Carroll’s run-first-and-foremost philosophy a way to reach new goals? Or does he see it as a detriment? It matters.

• We love stories about local athletes making good. A good example of that occurs today with Ryan Collingwood’s feature on the Groves brothers at Eastern Washington.

We’ve known Tanner and Jake (and their parents Randy and Tara) for years. We even spent a fun, successful summer traveling with Jake as one of our players.

Seeing a young man realize his dreams is a big part of why, after we retired from writing full time, we decided to spend our free time coaching youth and high school sports.

Athletic dreams are important. So are interpersonal relationships. Serving as coach allows both to be nurtured. 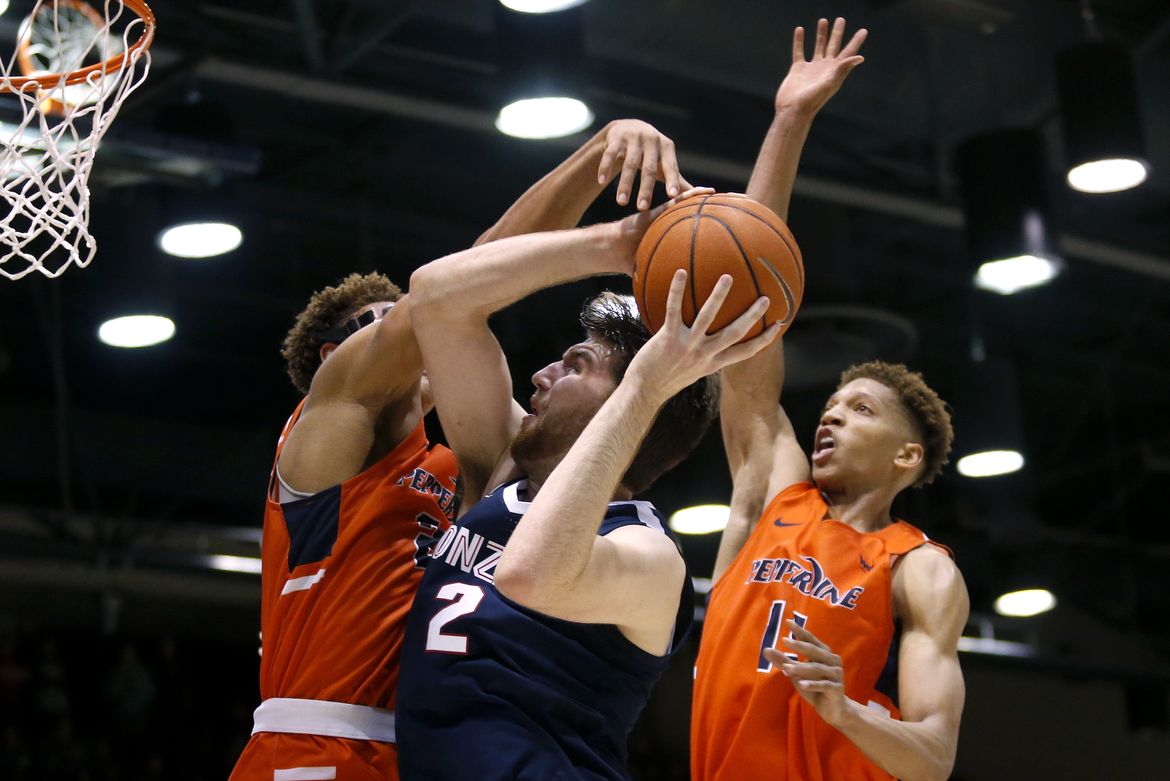 Gonzaga: There was a school of thought in some quarters Pepperdine would be one of the biggest threats to GU’s West Coast Conference dominance this season. It hasn’t worked that way thus far in this topsy-turvy year. But, as Jim Meehan illustrates in his game preview and key matchup, the well-rested Waves are a wild-card. And the Zags better be ready. … If this were a normal year, would could give you a first-hand view of transfer Abby O’Connor’s impact with the Bulldog women. But it isn’t and watching on TV just isn’t the same. So we’ll have to direct you to Jim Allen’s story on O’Connor, who only became eligible to play in December. … Jim also has a preview of tonight’s road game against Santa Clara. … Larry Weir spoke with Steven Karr about GU for the latest Press Box podcast. … Doug Haller has one of the best stories I’ve ever read about the U.S. 1984 Olympic basketball tryouts (and I’ve read a lot). But the one answer I’ve yearned for has never been answered. How did Leon Wood make the team over John Stockton? … The top-ranked Zags are favored by a lot tonight. … Elsewhere in the WCC, Pacific is finally back on the court, ready to face Santa Clara. … BYU starts its toughest week of the year at Saint Mary’s tonight. 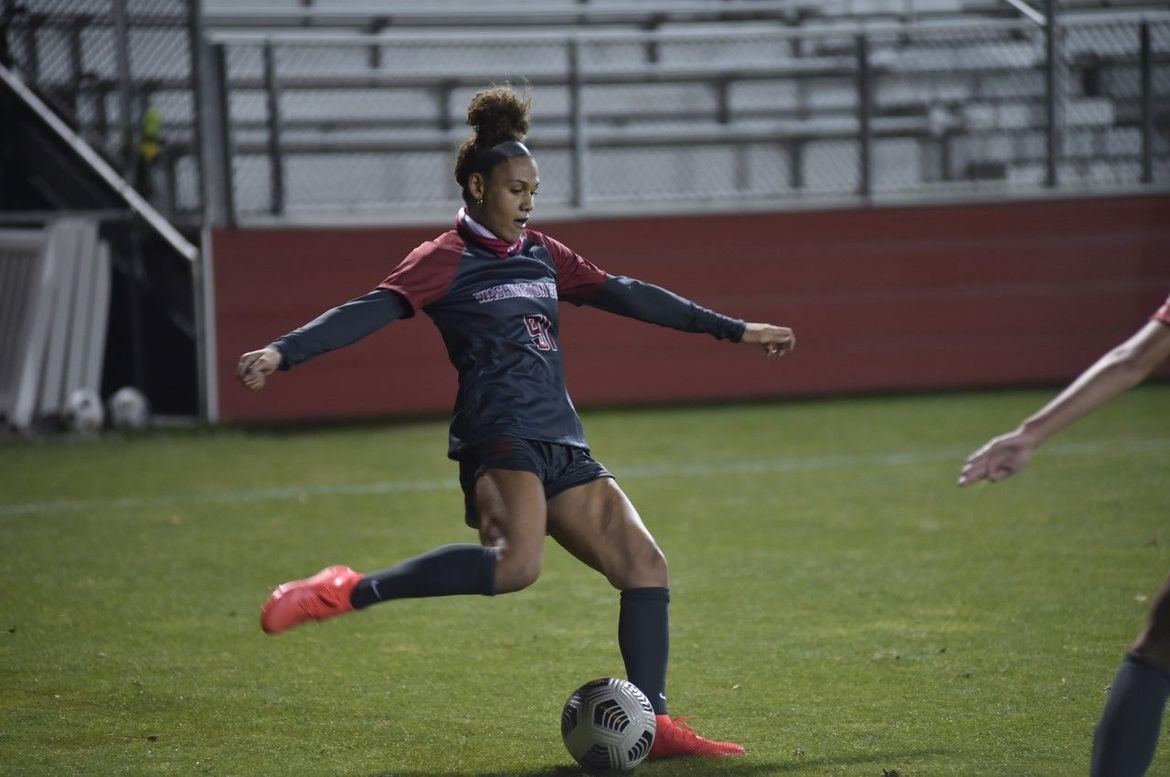 WSU: There is a good chance today the Cougar basketball team will start four freshmen for the first time. Theo Lawson has an account of what that rare count might mean for Washington State. … Theo also kept his eye on the NWSL draft yesterday as two of the Cougar veterans, and one player who never played a match for them, were chosen. Freshman Tiffany Rodman will head to the pro ranks as the second choice, while Brianna Alger and Makamae Gomera-Stevens will return despite being picked in the third round. … UCLA is undefeated in conference play and yet its shooting hasn’t been stellar. … Around the Pac-12 and college basketball, Oregon’s schedule has been disrupted and now will include two games at UCLA. Maybe that way the Pac-12 doesn’t have to reimburse the Bruins for their travel costs. … USC would like to see more 3-pointers fall. … Washington has made an offensive adjustment to help with that. … Oregon State is back on the court and will host a depleted Arizona squad today. … Utah is relying on an import to keep its attack humming. … California is easy to overlook. Colorado tries not to. … The Stanford women just keep rolling on the recruiting front. … In football news, two brothers will be leaving UCLA at the same time. … Washington will lose a veteran receiver. … It never seems to end. Oregon State begins offseason workouts next week. … Don Brown brings an attack mentality to the Arizona defense. … Who will Colorado pick to fill the same defensive coordinator position? … Who will Oregon use next season in the secondary? … Finally, we mentioned sports betting this week. It looks as if Arizona is going to join the gold rush. 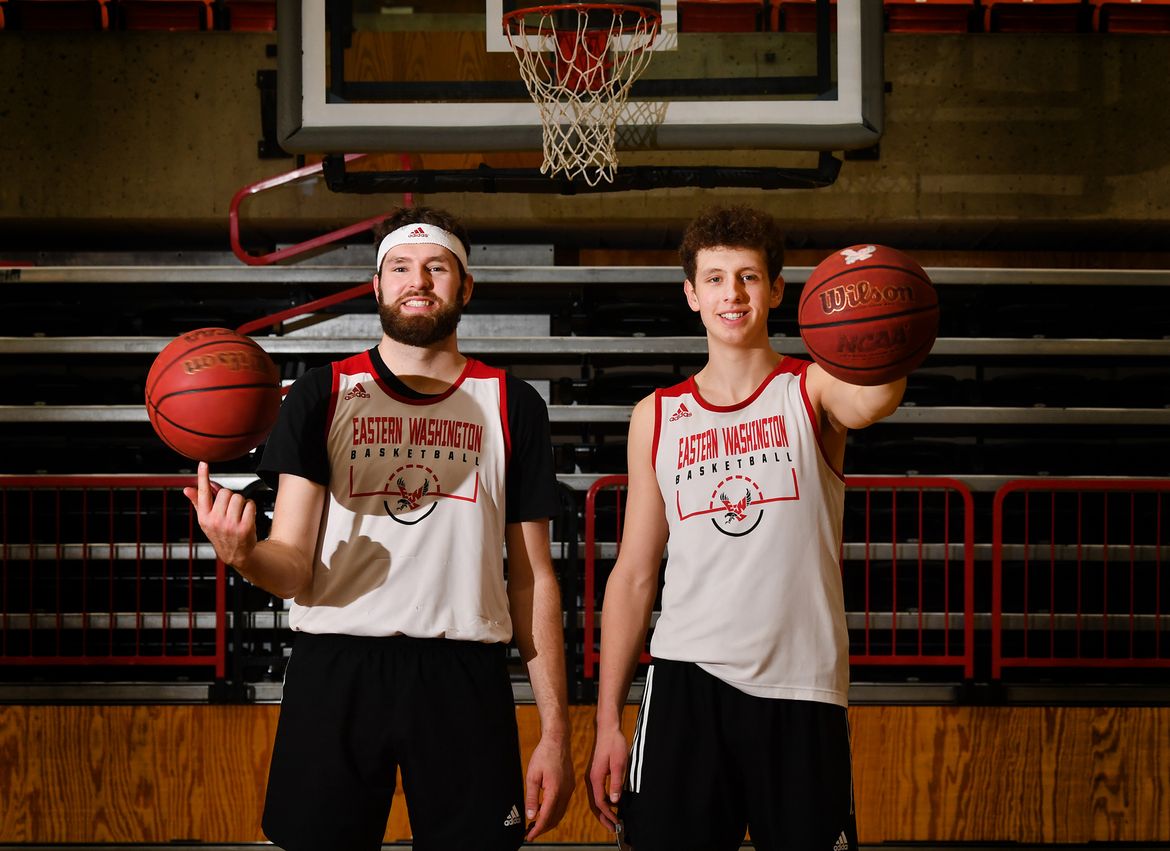 EWU: We mentioned it (and linked it) above, but here again is Ryan’s story on the Groves. … Around the Big Sky, Montana State has figured out some roles. … Montana is just another tough challenge for Northern Arizona in a season full of them. … Portland State is ready to begin football practices.

Whitworth: The Pirates picked up their first win of the season and it came at Division II Seattle Pacific.

Chiefs: With the WHL season still in flux, a handful of Spokane players will be getting their game time elsewhere. Dan Thompson explains in this story.

Seahawks: Matt Calkins has it right. Wilson’s cooking days are over. It’s Pete’s way or the highway. … Want candidates for the OC spot? Here are some.

Mariners: The annual winter caravan is going to be virtual this season. Sadly, there will be no cute pictures of a young child meeting a major league player for the first time.

• Happy to say one of the three people in our household is vaccinated. The healthiest one, who also happens to work on the front lines against the virus. Honestly, I can’t wait until my golden ticket is called. Hopefully, I’ll have more luck with that than Lotto. It can’t be any worse. Until later …