A GRIP ON SPORTS • There was a heartwarming video making its way around the Interweb last night. It showed Tom Brady and Drew Brees talking on the Superdome turf, while Brees’ children pestered them to play catch. It was a slice of Americana, as well as a valedictory for at least one of the two best quarterbacks the NFL has produced.

• Brady and Brees were talking because Brady’s Buccaneers had just ended Brees’ Saints season, 30-20, in the final NFC divisional round game of the weekend. 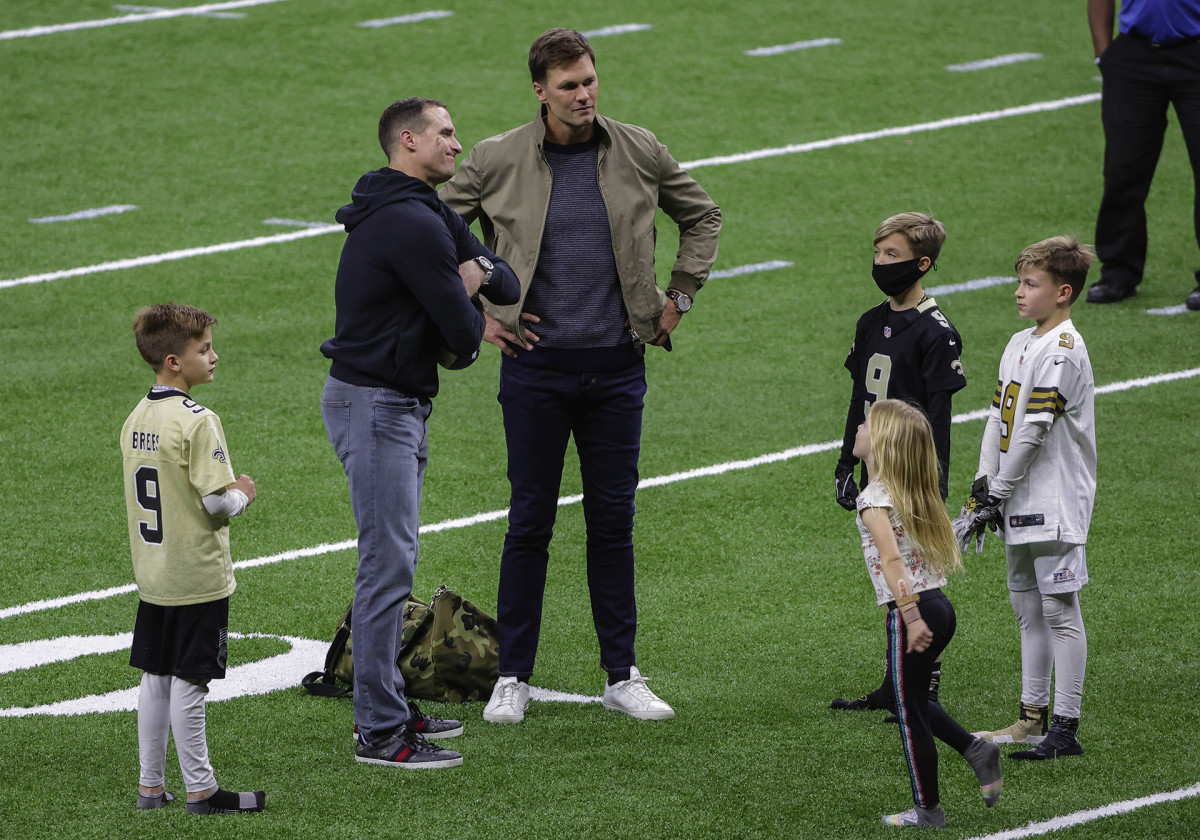 Neither over-40 quarterback was exceptional, though Brady didn’t make any mistakes and, it what may have been his final game, Brees did. Lots of them. That was the difference.

The Saints were built to win this season. Their roster is filled with high-priced talent and the bill comes due next season. There will be a purge. A rebuild. And there is little chance the 43-year-old Brees will want to endure it. Retirement beckons.

For Brady, it’s Green Bay that beckons. The Bucs and Packers will match up for a Super Bowl berth on Sunday. Tom Brady, Aaron Rodgers, the frozen tundra. How cool.

But no one who saw the video of last night’s postgame encounter is thinking of that right now. They are thinking of how time has taken over once again.

For more than two decades Brees and Brady have slung the ball around. They helped change the league. They won many a fan a fantasy title. And they are winding down.

Brees won’t be around next season. Brady may be, but who knows? Heck, Rodgers is in his late 30s and though he’s having another superlative season, who can predict how long he will want to lead Green Bay – or how long Packer management will want him.

Time is undefeated. Against that foe, no quarterback ever has been.

• Speaking of quarterbacks, is there a rift developing between Russell Wilson and the Seahawks? There sure seems to be.

Usually, Wilson is all in with what’s happening in Seattle. But the recent dismissal of offensive coordinator Brian Schottenheimer seemed to poke a nerve.

Wilson spent time last week meeting with the Seattle media and making sure they understood he didn’t have anything to do with the change. Heck, it wanted to make it clear he wasn’t for it. That he had wanted Schottenheimer back. And, reading between the lines, he was hurt he wasn’t consulted before a change was made.

None of that is unusual for the usual NFL successful veteran quarterback. But Wilson isn’t usual in any way – except salary. He rarely ventures off a script that is so syrupy sweet it makes your teeth hurt. It’s always all about pulling together and doing the right thing. Except, in this case, the right thing is hiring an offensive coordinator he approves of – and that allows Russ to, you know, cook a bit.

He wants to win above all. So does Pete Carroll. But, for maybe the first time in his career, Wilson has a differing view of how to accomplish that. At least he has expressed a differing view in public. For someone who seemed to have majored in public relations at North Carolina State, Wisconsin and Seahawks University, that is significant.

It will be interesting – to say the least – how this offseason unfolds.

Gonzaga: Jim Meehan takes his usual day-after look at the Zags’ win. Randy Bennett thinks it is going to take an A-plus game for someone to stop GU. … Elsewhere in the WCC, San Diego hadn’t played in almost three weeks. The Toreros first game back was a loss to Santa Clara. … BYU is happy to back home and playing its first game in Provo in 2021. 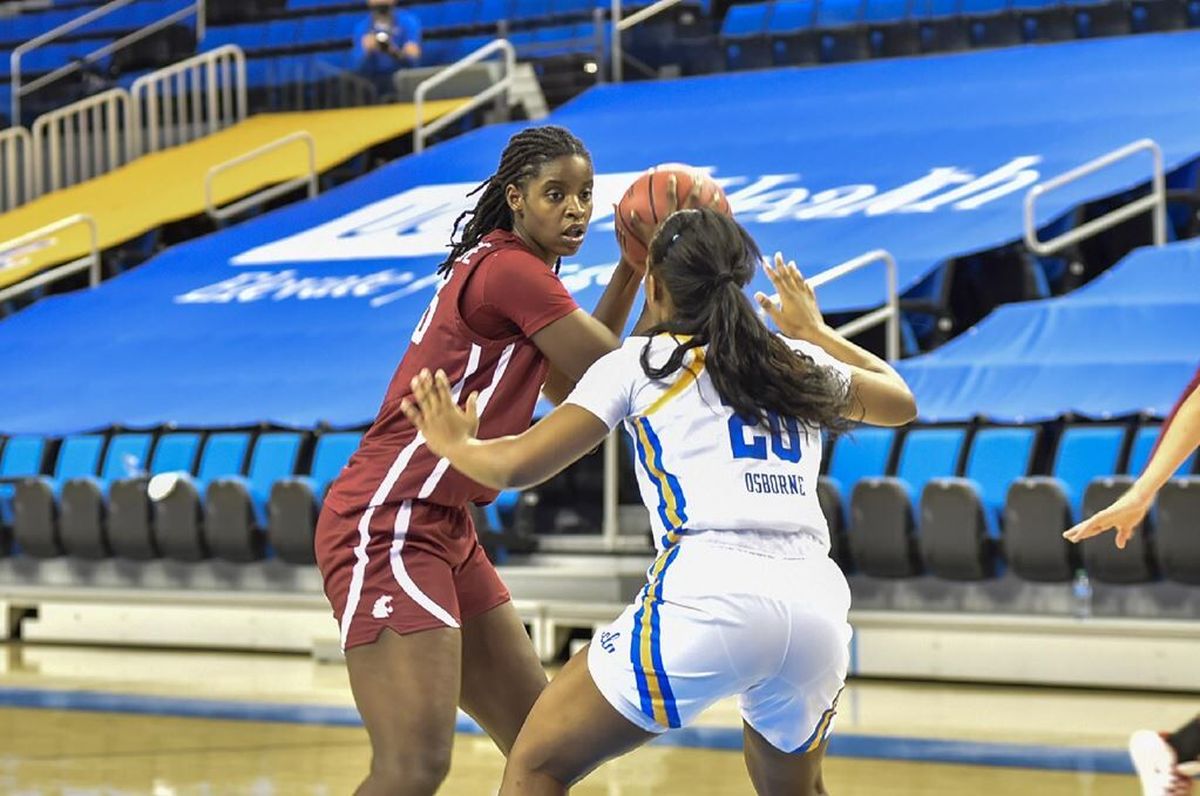 WSU: The Washington State women were ranked for the first time ever when they headed on their Southern California road trip. All the voters may see is they lost twice, including yesterday’s overtime defeat at eight-ranked UCLA. But looking deeper, the Cougars may have shown, even more than in their wins, they belong among the nation’s best. … Around the Pac-12 and college basketball, there was a huge upset in women’s college basketball Sunday. No. 1 Stanford traveled to Colorado and lost in overtime. The Buffs got close a couple times last season and finally broke through. … Each night a new hero emerges for UCLA. … Colorado’s men expect to have an injured player return soon. … Is it possible for Washington to win a game this season? … In football news, Urban Meyer is off the board. Maybe USC can relax. … Washington will have some continuity in its offensive backfield. … The roster churn at Colorado continues.

Seahawks: If Carroll wants to run it more, he needs to give Wilson the Packers’ offense. … Tampa Bay and Kansas City moved on yesterday, though, surprisingly in one instance, it was ancient quarterbacks leading the way.

• If you are wondering why I didn’t write anything related to today’s holiday honoring Dr. Martin Luther King Jr., there is a simple explanation. I didn’t feel competent to address in a wise manner issues that have taken over the spotlight in the past year. My life experiences have given me empathy for all but in no way give me standing in such matters. Enjoy the day in a manner that is appropriate for you. You don’t need any input here. Until later …