A GRIP ON SPORTS • It’s a day when the changing of the guard is the most important thing. In a sports context, however, not much of that will be happening at Washington State. And that’s a good thing for the Cougars.

• Abraham Lucas is going to playing on an NFL team’s offensive line some day. Just not next season.

Which is a good thing for Washington State. Our Theo Lawson reported yesterday Lucas, the Cougars’ right tackle and the rock their offensive line rests upon, will return to Pullman in the fall instead of declaring for the NFL Draft.

With Lucas’ decision, WSU will return 10 of 11 offensive starters – right guard Josh Watson has played enough football and wants to get on with his life; he has a degree and wants to be a firefighter. That’s pretty much the definition of continuity, a key element of any college offense’s success.

Oh sure, not every player who started in 2020 is guaranteed to start in 2021 (and no, we are not singling out freshman quarterback Jayden de Laura who had four up-and-down starts). But they can trot out the first day of spring football knowing what the guy next to them can, and cannot, do. So can the coaching staff. That’s crucial.

If someone else emerges and wins a spot, all that means is Washington State is better at that position than it was last season. No one would consider that a bad thing.

The most important players who decided to return are the two most talented, running back Max Borghi and Lucas.

We all see every Saturday (sadly, only once in the truncated 2020 season) what Borghi brings. His skills are obvious. Speed, power, deception and toughness. A pretty nice set of abilities for a running back.

Lucas’ strengths are a little more hidden. Such is the nature of being an offensive lineman. But few who have played his position at Washington State can match his foot quickness, agility and athleticism. His strength has improved each year he’s been in Pullman. He’s good enough the Cougars never have to give him any help in pass protection and they can count on him to complete his run-block assignment, no matter how tough or complicated.

That’s for the future to decide. But for 2021, the Cougars are just happy he’s back.

• Speaking of the Cougars and the offensive line, longtime line coach under Mike Leach, Clay McGuire, has a new gig. USC hired him Tuesday to fill the final open spot on its coaching staff. McGuire left Washington State a few years back to return to Lubbock – he played for Leach at Texas Tech – but lost his job in a year after a head coaching change. Since then he’s been at Texas State, which isn’t anything like being at Southern California. Or Washington State for that matter.

McGuire’s connection with the Trojans? Offensive coordinator Graham Harrell, another former Leach player at Tech and a coaching brother of McGuire in Pullman.

• The WIAA leadership decided yesterday to switch spring and winter sports on its upcoming schedule. It’s an obvious and correct move in that most spring sports are listed as moderate risk and would have a better chance of starting on time March 15. Winter sports, including basketball and wrestling, are considered high risk. Waiting until April 26 to start gives them a better chance to, you know, actually occur.

But it’s not a done deal in the Spokane area. And not just because of COVID-19, though that will always be the final determinate. The area’s numbers will dictate whether any sport will start.

The WIAA earlier gave each district and/or league the discretion to change sports’ seasons, and some districts have announced moves that parallel what the WIAA announced Tuesday. The Greater Spokane League, however, has resisted.

There is a school of thought in the GSL that spring sports need to be protected at all costs. The reasoning is based on spring sports seasons being the only ones dropped last year when the pandemic hit. (Yep, it’s been almost a year folks. Feels longer, doesn’t it?)

That’s admirable but seems a tad misguided. Yes, it is important to safeguard spring sports. Those athletes – baseball and softball players, track stars, etc. – deserve a chance to play more than anyone. There is, however, a chance by sticking to the previous schedule, winter sports will be aced out this year when both winter and spring athletics could happen.

It’s a conundrum all right. But keep this in mind. Spring sports, in “normal” years, always start by March 15. So there will be no weather-related change if spring sports move to that section of this year’s academic schedule. And winter sports, with its high-risk nature, have a much better shot of occurring if they start April 26.

Heck, thinking really outside the box here, part of the reason basketball and wrestling is high risk is the indoor nature of the sports. In late April, basketball and wrestling would have the opportunity to practice and play outdoors if need be. In a year like this one, such odd-ball thinking might be the only way to allow all high school athletes a chance to compete. Gonzaga: Jeremy Eaton’s health issues came to light late last week and, as can be expected, the GU community jumped in head-first to help. Jim Meehan has a story concerning the former player’s cancer prognosis and how other Bulldogs are chipping in aid and comfort. … Jim also took some time yesterday to delve into Kansas’ opinion of the Baylor vs. Gonzaga argument. It is a subject we covered extensively yesterday in this space. … Spokane was set to once again be an important site in the 2021 women’s NCAA Tournament. But, once again, that’s a non-starter. The tournament will be at one site. Jim Allen has more. … The NCAA announced yesterday the men’s tournament will have a compressed schedule in Indiana. … Elsewhere in the WCC, San Diego has come up short a lot this season. The latest recipient of the Toreros’ largesse? That would be Loyola Marymount. WSU: Besides the Lucas news, Theo also has a story on a player the Cougars are losing, safety Tyrese Ross. … With Lucas and Borghi coming back, the Cougars should have been a winner in this look at Pac-12 schools and early entrants. Oh well. It’s just Washington State. … Around the Pac-12 and college basketball, can what’s gone wrong with Washington actually be fixed? … The Huskies are at the bottom of everyone’s power rankings. They will host Colorado tonight. … There was a huge upset last night. Red-hot USC traveled to Corvallis and was ice cold. Oregon State defended well and defeated the Trojans. … Utah will bring a large foreign contingent into Pullman this week. … UCLA’s defense needs a boost. … The Arizona/Arizona State rivalry has been given a boost by Bobby Hurley. … In football news, Washington is looking for a new defensive coordinator. Pete Kwiatkowski is set to move to Texas. … Oregon State has lost its best players to the NFL. … Utah hopes to have fans back in its renovated stadium this fall. … Arizona’s new receiver coach has a plan.

EWU: Larry Weir spoke with athletic director Lynn Hickey yesterday for the latest Press Box podcast. It’s guaranteed to be better than the one Larry is putting together for today. Indians: If there was one constant in my high school, college and young adult baseball fan life, it was Don Sutton. The Hall of Fame right-handed pitcher seemed to be with the Dodgers (and Angels and Brewers) forever. Then he was an announcer with the Braves, which brought him into our living rooms via TBS. The former Spokane Indian died Tuesday.

UFC: Michael Chiesa is getting the opportunity to showcase his abilities on a premier UFC event tonight. Ryan Collingwood checked in with the Spokane fighter and has this story.

Seahawks: Don’t expect the Hawks to be out looking for another tight end this offseason. They may have to make due with who they have now. … There is a new position in the front office. 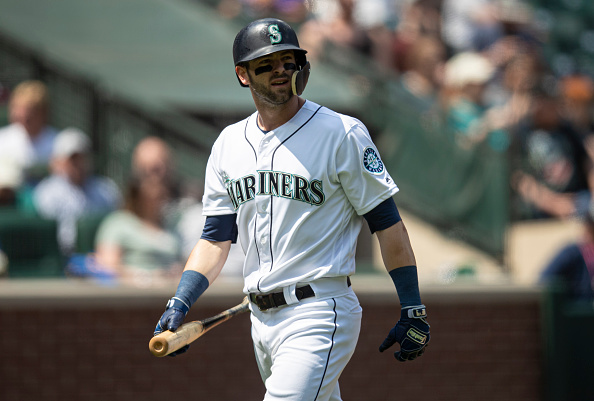 Mariners: Jerry Dipoto spoke with the media yesterday. He didn’t say 2021 was the year the playoff drought would end, something that seemed to be hinted at when the rebuild began back when my hair wasn’t completely gray. Yep, M’s fans will have to be patient again and not expect big things. But 2022. That might just be the year. … The M’s signed a big-name free agent recently. Maybe you’ve heard of him. Mitch Haniger. OK, so he’s not a huge name and he wasn’t a free agent. But if he returns from more than a year of injury and hits like he did before then, it’s like signing a big-name guy. Isn’t it?

• Close readers of this space will have already figured out this news by one sentence above. I’ll be talking with Larry this morning for his next Press Box podcast. You get to listen to my scratchy voice. Until later …