A GRIP ON SPORTS • As our nation made its usual four- or eight-year pivot yesterday, the Pac-12 Conference decided it was a good time to announce it was pivoting away from longtime commissioner Larry Scott. That’s not news you want overshadowed, is it?

• Long before Scott took the reins, “media savvy” isn’t a term that was ever applied to the West Coast’s premier conference. And, as yesterday’s news illustrates so vividly, it still isn’t, even if Scott claimed for years he was not only a commissioner but a media company CEO as well.

Wait, maybe that explains it.

We’ve shared our thoughts on Scott’s more-than-decade long tenure leading the Pac, so there probably isn’t a need to regurgitate that bile again this morning. Besides, Jon Wilner summed up Scott’s legacy well in his column, which included this succinct summation:

Scott was a good choice in 2009. An outside-the-box pick, for sure, but also a strong wind of fresh air, something the conference offices needed at that time. But even hurricanes dissipate. And they are usually followed by short bouts of good weather before stifling humidity returns. The Pac-12 office has been stagnant for years, sucking out way too many resources for the return the conference schools were receiving.

It is time for change.

And the CEOs, as Scott loved to call the school presidents and chancellors, are ready. His contract runs through 2022. But he’ll be gone this summer, after helping his successor’s transition.

Hopefully, whomever the conference picks – Washington State president Kirk Schulz will play a large role in that as part of the executive committee – won’t need much help. After all, if you are going to change everything, including the address, why is there much of a need for a transition?

And that better happen. The conference office doesn’t need to be located in the Bay Area any more. Well, maybe the area (it is centrally located), but certainly not in San Francisco proper. There has to be less-expensive alternatives.

That’s for another day. Today we want to look back at the breaking news. And how opinion-makers throughout the nation perceived the change in direction. You know, the one without the Bernie Sanders’ meme or Garth Brooks singing.

Maybe it was a good day to release the news after all. The last few years of Scott’s tenure seemed filled with pitfalls from media contracts to football issues to dithering on the name, image and likeness debate. There are some comparisons to be drawn with other, more nationally relevant, occurrences.

Which makes us wonder. Maybe we all should vote on who becomes the next commissioner. That would give the conference a smooth, simple process, wouldn’t it? 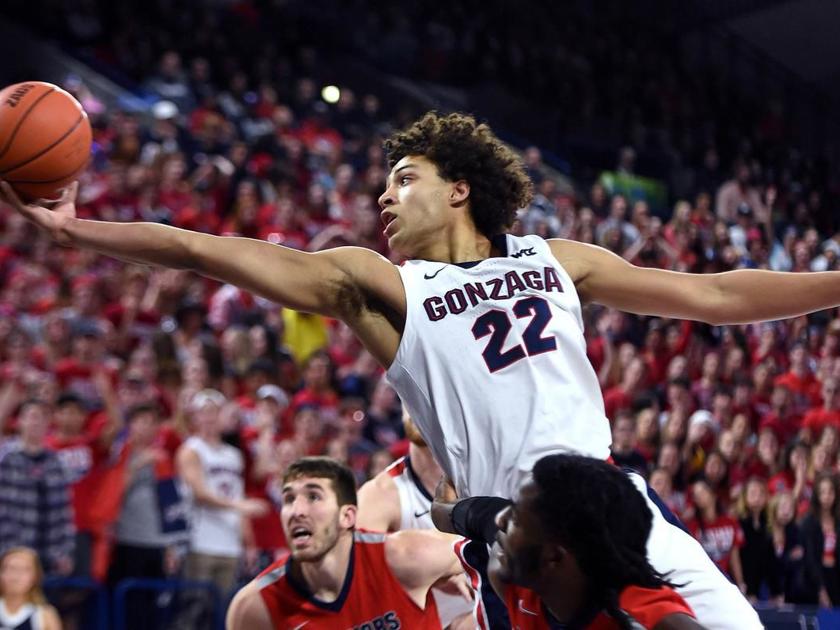 Gonzaga: It’s official. The Zags will play Santa Clara at home Feb. 6, making up for a game that was postponed earlier this month due to COVID-19. The new date means Gonzaga and the Broncos will meet twice in less than a week. Jim Meehan has more in this story. … Anton Watson’s stat line against Saint Mary’s is a big part of this power ranking. Who would have thought? … Elsewhere in the WCC, I pride myself on my historical knowledge of West Coast hoops, but even I forgot about Tony Ingles’ short tenure as BYU’s head coach. … The current person in that position has a history as well. Mark Pope’s current team has helped its NCAA resume lately. WSU: It was obvious punter Oscar Draguicevich III and kicker Blake Mazza are close – the former will be in the latter’s upcoming wedding – but so close they both are leaving Pullman at the same time? Yep. Mazza announced yesterday he’s transferring. His somewhat stunning decision comes less than a month since Draguicevich declared for the NFL draft. Theo Lawson covers the latest news in this story. … WSU football is just part of what Larry Weir and I talked about Wednesday. You can listen to Larry’s latest Press Box podcast here. … It may be later than usual, and there will be facemasks in play at some venues, but the Cougars and every other four-year college volleyball program in the area gets started soon. Jim Meehan has a preview. … The Cougars host Utah tonight with the Utes playing better but still looking to put together a complete game. … We covered the conference’s biggest news above, but there is more. Around the Pac-12 and college basketball, this is just another reason why games are played. Washington looked as if it was en route to a winless season. Until last night. The shots fell and so did Colorado, 84-80, in Seattle. The Buffs struggled from long range. …The Washington women are on a coronavirus pause that hits Oregon State first. … Relentless is a label any player would love applied. It seems to apply to the UCLA offense as well. … USC is just the opposite at times lately. … Why, with the basketball rivalry game tonight with Arizona, would Arizona State fans put up a billboard like this? It is the definition of bulletin-board material for the Wildcats. … In football news, Jon Wilner takes a look at next season and identifies favorites. But the only prediction I’m willing to bet on is it will be a hard year for prognosticators. … Washington’s fortunes may be tied in a big way to whomever Jimmy Lake decides will be the next defensive coordinator. Our friend Christian Caple talked with outgoing DC Pete Kwiatkowski and got a reason he’s leaving. Other did as well. … Oregon State’s offensive line was better than expected. … The Beaver defense will have more experience next season. … An Arizona football administrator has left Tucson. … Arizona State made a change on the defensive side of the ball.

EWU: The Big Sky is playing back-to-back games in conference, leading to some interesting weekend adjustments. And weird travel. The Eagles are in Greeley this week for two with Northern Colorado, starting tonight. Ryan Collingwood takes a look. 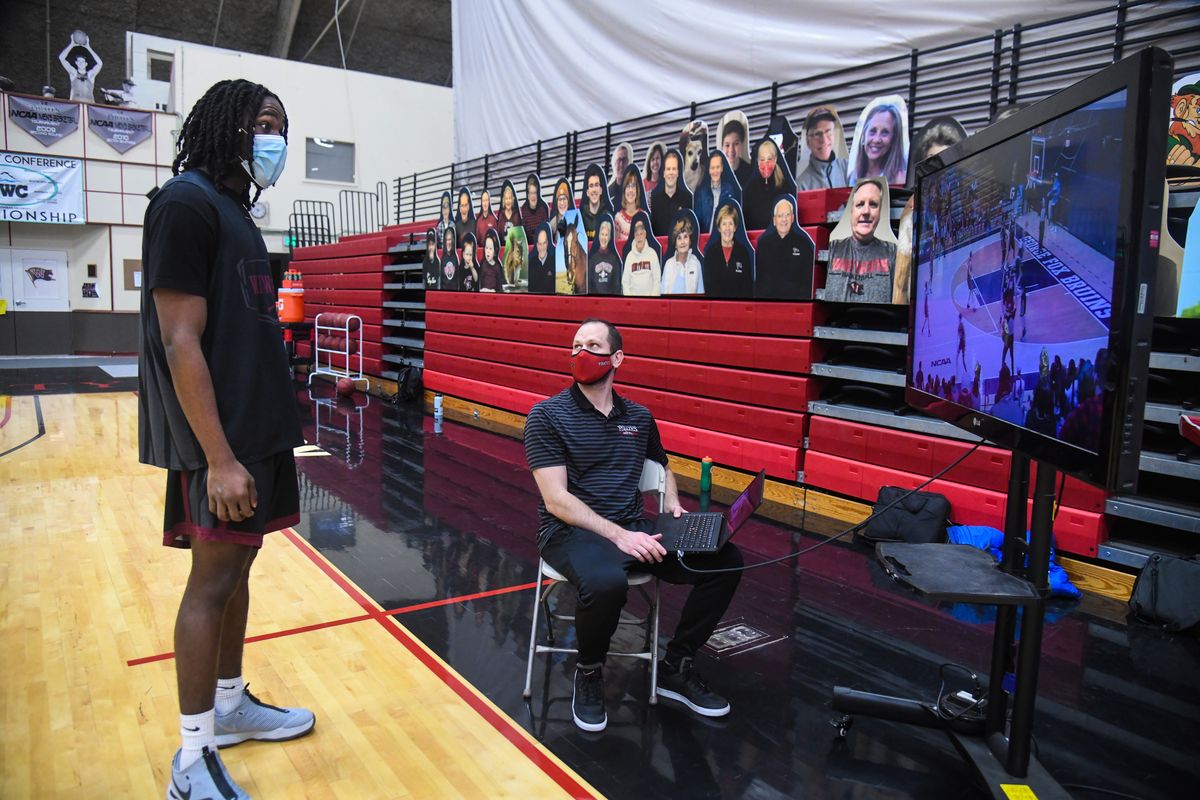 Whitworth: Non-Division I schools are always working on tighter financial margins than their better-financed top division brethren. In a pandemic, it’s gotten even worse, as have the roadblocks such schools must navigate to even compete. Ryan looked around at all the differing levels of competition and found everyone, from the Pirates to community colleges, is having a tough time not just getting games in, but practices as well. It’s a big problem in Oregon. … Whenever Whitworth plays, a senior transfer is on the court. Dan Thompson talked with Miguel Lopez, who has a rare distinction among Pirate players. … Dan also lets us know the Pirate football team is practicing, prepping for its four-game winter schedule.

Preps: With the WIAA flipping seasons around this week, the Northeast A League has settled on a calendar it hopes will allow every sport to compete this year. Dave Nichols has all the details in this story.

UFC: If you were wondering, Michael Chiesa dominated yesterday, something that should move him up the welterweight contenders’ list.

Seahawks: No, the Hawks haven’t picked a new offensive coordinator yet. But one person with local ties seems out of the picture while other names pop up. … Whomever is hired, they will want a more productive third receiving option.

Mariners: Ryan Divish has a few more notes out of this week’s media availability. And yes, the M’s will have a six-man starting rotation. We are getting closer to the time when my fanciful idea of having a 12-to-14-man staff in which everyone pitches three innings per game over and over becomes a reality.

• I know it’s only Thursday, but for some reason I can’t wait for the weekend. Not because of sports as the NFL playoffs lost their luster when the Hawks forgot to show up against Los Angeles. Mainly, I’m looking forward to the quiet. It’s been a long slog of week in the Grippi household already. A pause will really refresh. Saturday, hurry up. Until later …