A GRIP ON SPORTS • We have a habit on Friday mornings of looking forward to the weekend. (To be honest, we do that on Monday, Tuesday, Wednesday and Thursday mornings as well, but in this case we are referring specifically to this column.) But in basketball season, we have to, by rule, look back on last night’s college hoops as well before we can gaze into the crystal ball. We also have to say a few words about the death this morning of Hank Aaron, still our all-time home run king.

• We mentioned in yesterday’s column Utah had been playing better recently, but the Utes were still looking to put together a complete game. Mission accomplished.

And, of course, Cougar fans had to witness it happen in Pullman. 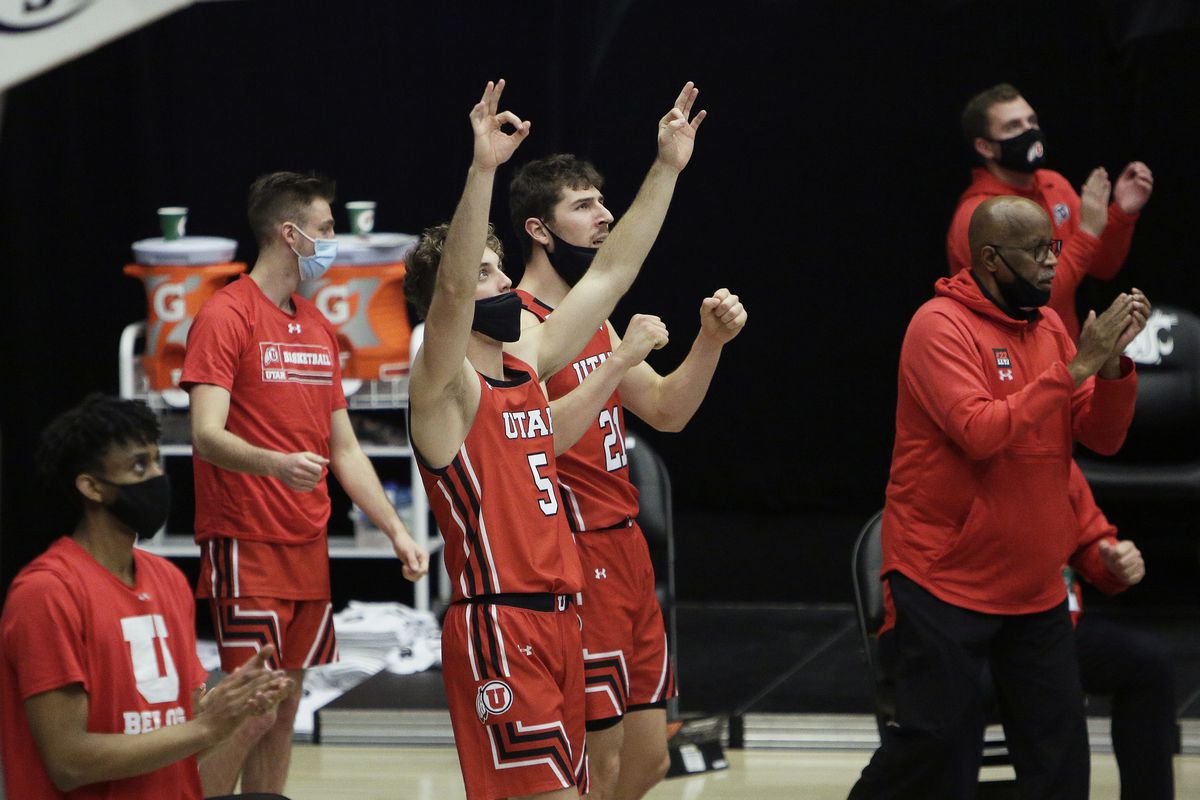 Washington State hasn’t been playing at the same level it exhibited earlier in the season, especially on the defensive end, and it showed in the Cougars’ 71-56 loss.

Two major things went wrong for the Cougs and they are not good enough to overcome both happening on the same night. The first was the defense, which had Kyle Smith fuming in the opening 20 minutes. The other was an off night offensively for the team’s engine, Isaac Bonton. The guard scored four points, more than 17 below his conference average and way too few to give the offensive-challenged Cougars a shot.

The hard part of the weekend for WSU actually comes Saturday evening, when it hosts Colorado. The Buffs, one of the conference’s better teams, is coming off a loss to Washington, which was not only a major upset but also upsetting to a team that has legitimate NCAA Tournament hopes.

• Eastern Washington also has hopes of making the NCAA tourney, but the Eagles will have to start winning games like Thursday night’s if they want to get there.

Road games in 2021 aren’t what they usually are in the sense of fan interaction, which, hypothetically, should even the court. It was in Greeley for Eastern, even down to the final seconds, tied at 76. And then the Eagles flinched. To be specific, Jacob Davison flinched.

The game was in his hands. There was contact. He lost the ball. Then he was whistled for a foul. Northern Colorado’s Matt Johnson hit both free throws and that was that.

All the work of rallying from an 11-point second-half deficit was undone. And, at 2-2, the Eagles are in the middle of the Big Sky pack, a muddle that is getting even more so with each passing weekend.

• OK, what’s on the television this weekend, which promises to be a cold one in the Inland Northwest?

Will Green Bay head to another Super Bowl? Or will Tom Brady work magic at Lambeau and carry the Buccaneers to the promised land? On the AFC side, the question isn’t who will win – today anyway – but rather who will play quarterback for Kansas City.

If it’s Patrick Mahomes, then the Chiefs will be headed back. If not, Buffalo will be the conference’s representative. That’s not just my opinion, it seems to be accepted fact throughout the NFL universe. And who are we to argue with such certainty?

We do know, for sure, it’s a great way to spend a Sunday afternoon. But what about Saturday?

There’s golf from the California desert, where green grass and sunshine is all the rage. And there are many, many college basketball games to watch, even if No. 1 Gonzaga’s latest mismatch on KHQ isn’t your cup of coffee. (For the record, GU hosts Pacific at 7 tomorrow night.)

The most intriguing game of the day is on CBS at 11 a.m. Second-ranked Baylor should win at Oklahoma State, but the 9-3 Cowboys, led by freshman Cade Cunningham, have an opportunity to make another statement to the selection committee. And help Gonzaga solidify its top ranking even more.

The game I don’t want to miss occurs at 4 on CBS Sports. Saint Mary’s travels across the bay to San Francisco. It’s a rivalry that’s been pretty tight (and nasty) the past few years. This one shouldn’t be any different.

• There is breaking news this morning, news we cannot ignore.

Hank Aaron, the greatest home run hitter in history, and one of baseball’s all-time greatest players, died this morning. He was 86.

There are few professional athletes in my lifetime that played their sport, and lived their life, with more quiet grace. 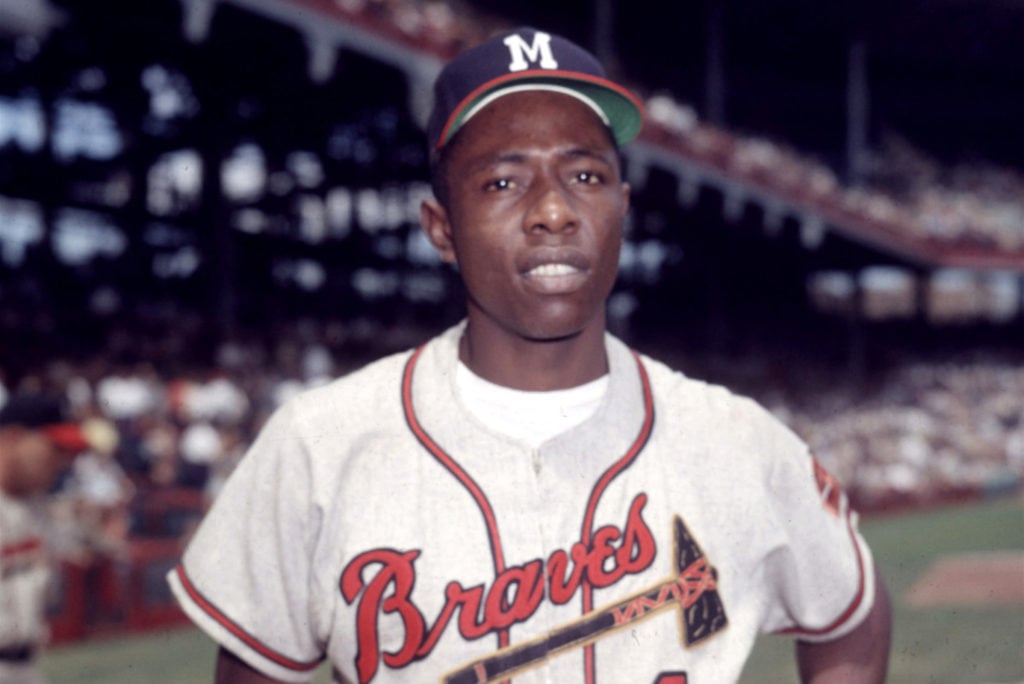 Aaron was the quintessential quiet man, one who let his bat do all the talking. Hammerin’ Hank was just that, a guy who hammered baseballs out of the park, jogged around the bases and disappeared into the dugout. He did that 755 times in his career, the most ever when he retired and still the most without artificial aid via chemistry.

His 715th home run, against the Dodgers’ Al Downing, is still seared into the memory of any baseball fan of a certain age. As is the recollection of the hell Aaron went through as a black man, in Atlanta, tried to rundown Babe Ruth’s longtime record.

Death threats were a common occurrence – honestly, what is wrong with people? – as was dealing with a media frenzy that, though mild by today’s standards, was unprecedented at the time.

He rose above all of it, just as he had reason above the poverty of his boyhood in Mobile, Ala. And he did all of it with class.

There is no baseball player I respect more. He wasn’t my favorite – many, including the record-breaking home run, came against my preferred team – but he earned respect by his performance, his consistency and his stately manner.

He was a role model in the best sense of the word. And he will be missed. 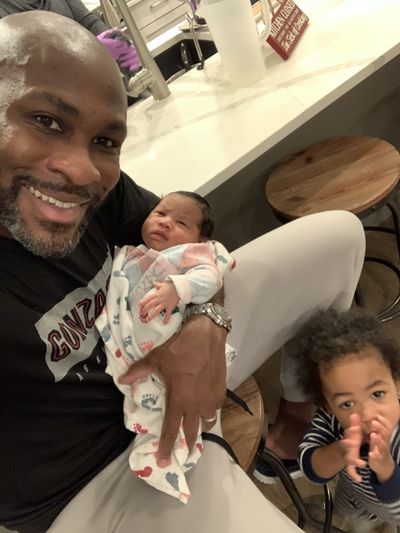 Gonzaga: The Zags had a break from games last night (the men’s was scheduled, the women’s was coronavirus related) but that doesn’t mean everyone connected to the programs was not busy. In fact, men’s assistant Roger Powell Jr. was really busy. He and wife Tara welcomed their fourth child, Faith, into the family earlier this month. Jim Meehan has a fun, uplifting story about the recent arrival. … Larry Weir’s latest Press Box podcast features Tom Hudson as they talk GU basketball. … If you had to bet which currently undefeated college basketball team will finish the regular season that way, would you put your money on Gonzaga? Sure. … The NCAA Tournament will feature true S-curve seeding. Well, true as the organization can make it considering some of its rules. … Elsewhere in the WCC, Matt Haarms didn’t miss a shot as BYU dominated Portland. … Pepperdine was near-perfect in a home win over Pacific. … San Francisco routed Santa Clara. … Saint Mary’s handled Loyola Marymount. 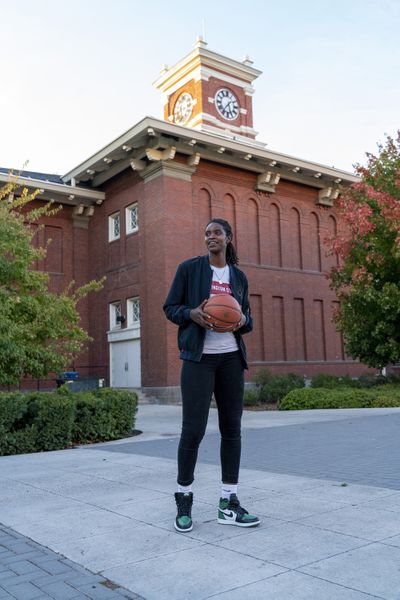 WSU: We discussed the Cougars’ loss from last night in the opening of the column. Now you can read Theo Lawson’s report from the game. … The best story from Pullman yesterday, however, is based on Theo’s interview with outgoing kicker Blake Mazza, who opens up on why he’s headed home. … The WSU women, who have a chance to pop back into the rankings if they sweep the Oregon trip this weekend, have a local player on their roster. Well, local as in high school, but Bella Murekatete has traveled a long road to Pullman. Ryan Collingwood has this story. … We have a handful of columns to pass along on Larry Scott’s firing, but of course we will begin with John Blanchette’s piece in the S-R this morning. He’s right. The hard part is getting the next hire right. … The three CEOs in charge of that, including WSU’s Kirk Schulz, made the rounds yesterday, leading to columns from Jon Wilner, John Canzano, Larry Stone and more. In fact, I don’t recall the conference every receiving more coverage of a personnel move. Usually such moves are met with collective yawns. Not this year. … Around the Pac-12 and college basketball, the budget shortfalls on campus, every campus, will be substantial. … Just before USC and Stanford were scheduled to tipoff Thursday afternoon, the game was postponed. COVID-19 issues in the USC program. … Oregon will be missing two starters when it faces Oregon State. … UCLA has barely won its last two games against lower-division foes but the Bruins have won, including last night against California. … Gee, a Pac-12 coach upset about a no-call late in a one-possession conference game. And it is Arizona that is the recipient of the non-whistle. How odd. But what is shocking is Arizona State’s Bobby Hurley spoke about it. A lot. There should be a fine. Maybe Larry Scott can pick up the tab. … In football news, it’s been a tough couple of years for Utah’s athletic director. … Arizona State has added another assistant coach with NFL experience. … Oregon received good news about a returning player. 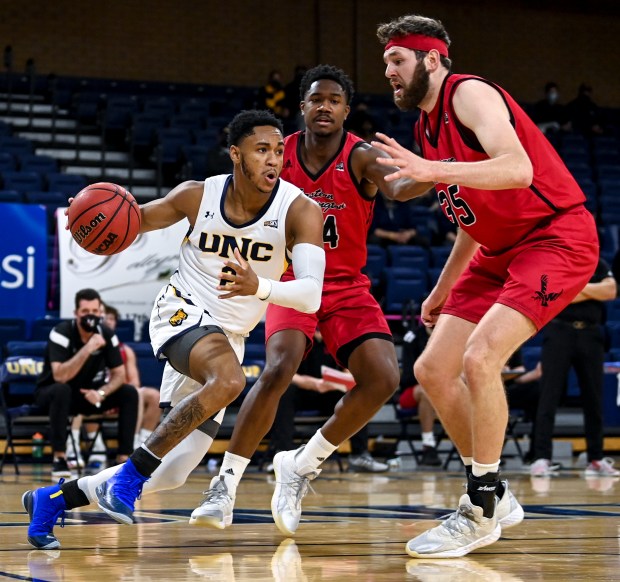 EWU: Ryan also has coverage of the Eagles’ loss in Greeley. … The women’s four-game winning streak was snapped as UNC won late as well in Cheney. … Elsewhere in the Big Sky, another school has opted out of football. Northern Colorado announced yesterday it won’t be playing this spring. … Montana State is avoiding the muddled middle by winning. The Bobcats defeated Northern Arizona. … Montana picked up a win against Sacramento State. … Weber State pounded Southern Utah early.

Preps: If 2020 and 2021 (thus far) have taught anything, they have taught we have to stay flexible when it comes to sports at all levels. Dave Nichols talked with athletic directors in the area recently because high schools have had to be more flexible than most.

Seahawks: Either the Hawks are casting a wide net in their search for an offensive coordinator or folks are just throwing names out there. … Don’t expect a lot of changes on the offensive line. … Jamal Adams has already had surgery.

Mariners: Marco Gonzales is not a fan of the six-man rotation. He also wants to win – now. Maybe those views are related? … The bullpen is being rebuilt again.

Sounders: Seattle has signed a deal with Joao Paulo as Jordan Morris seems to be in Wales.

• We spent a little time recently discussing the spread of legalized sports gambling in the U.S. and how that should force college athletics to makes some rule changes – though it probably won’t happen until there is a scandal. Anyhow, Washington is contemplating allowing the practice in this state. The reason, like always, is there is (tax) money to be made. Until later …