A GRIP ON SPORTS • Bill Walton admitted it last night while broadcasting Washington State’s loss to Colorado. When his play-by-play partner chastised him for not paying enough attention to the on-court action, Walton dismissed his concerns. “It’s a TV show,” the former UCLA All-American said. He’s right. That’s what college basketball has become these days.

• And the games are TV shows without studio audiences. Heck, some networks add the sports equivalent of a laugh track, piping in crowd noise that doesn’t exist (we’re looking at you Fox). 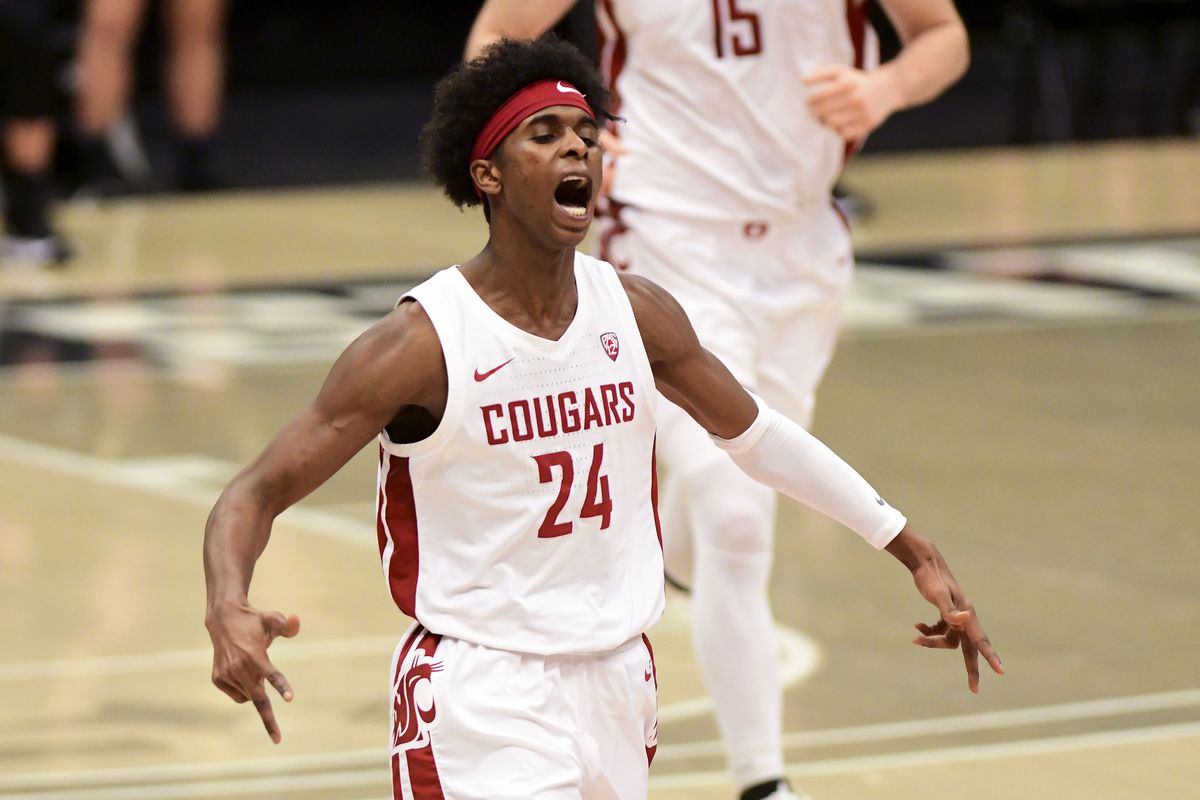 As much as the players want to play (and they do), as much as the coaches want to coach (and they do), the main reason college hoops is still occurring at the highest level is to fill TV time. To supply inventory. To make the networks and the schools much-needed money.

If ESPN (and Fox and CBS and others) didn’t need college athletics to sell advertising, and wasn’t willing to pay top dollar to have it, there probably wouldn’t be a college basketball season this year. To quote “The Right Stuff,” Tom Wolfe’s book about the early space program: “No bucks, no Buck Rogers.”

Or Aaron Rodgers either, as the programming needs extended to the professional ranks as well.

Which would diminish our free time considerably. Though, without sports and the ensuing contacts, the nation’s COVID-19 issues might be less prevalent. Sadly, definitive proof either way is impossible to access, as the country’s response has never been robust enough to offer statistical proof either way.

So the games go on. And we are lucky enough to watch No. 1-ranked Gonzaga play as it did last night.

The Zags, playing in front of cardboard cutouts and a few members of the media, rolled over a Pacific team that looked for all the world as if it had turned a corner a week ago. Not anymore.

Not after the Bulldogs toyed with them for 40 minutes. Then again, Gonzaga has being doing that to most everyone. Did you know GU has won 46 of its last 48 games, dating back to early last season? Heck, only a road loss to BYU keeps the Zags from having won 39 consecutive games. That’s Blue Blood territory.

Then again, Gonzaga is a Blue Blood these days. Actually, this season, many of the modern Blue Bloods – Kentucky, Duke, North Carolina, Michigan State, et al – aren’t doing that well. And then there is GU, just rolling along.

It sure is entertaining, isn’t it?

• The University of Michigan did something yesterday that had to send shivers throughout the college sports world. The school completely shut down athletics after the discovery a new strain of COVID-19 had invaded campus.

Washington reported its first confirmed case of the newer, easier transmitted variant this week. There was a thought that some form of it is also spreading through California after that state was overwhelmed recently, though that hasn’t been confirmed by testing.

The Michigan response may well be a harbinger of things to come in college athletics over the next few weeks. That’s the thing about this virus. Just when everyone feels they have a handle on how to safely handle its threat, it seems to figure out a way to say, metaphorically speaking, “hold my beer.” And numbers grow. 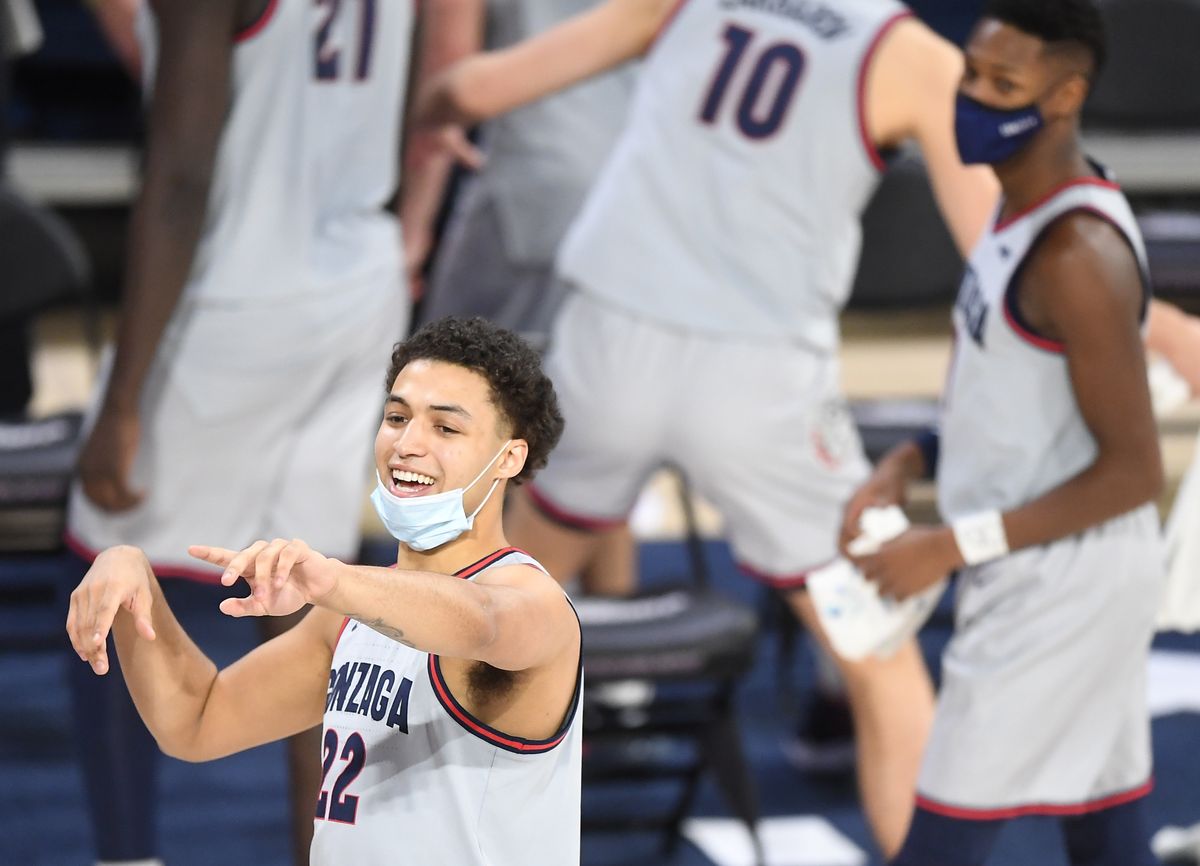 Gonzaga: The rout was not only complete, it just seemed to continue to grow, even when the Zags went to their bench. Depth is not a problem on Hamilton this year. Jim Meehan has his game analysis and the difference makers. … Tyler Tjomsland has a photo gallery from his perch above the court. … We did what you may have done, watched on TV, and then wrote our TV Take. … I can personally vouch for that the person who put together the recap and highlights did it under extreme distress, though it doesn’t show. … The women were supposed to play rival BYU yesterday. COVID-19 took that out. They will play at Portland today. Jim Allen has a preview. … Elsewhere in the WCC, San Diego broke a losing streak by getting past last-place Portland. … Pepperdine and BYU battled, almost literally, before the Cougars prevailed 65-54. … Saint Mary’s started fast then held off USF. 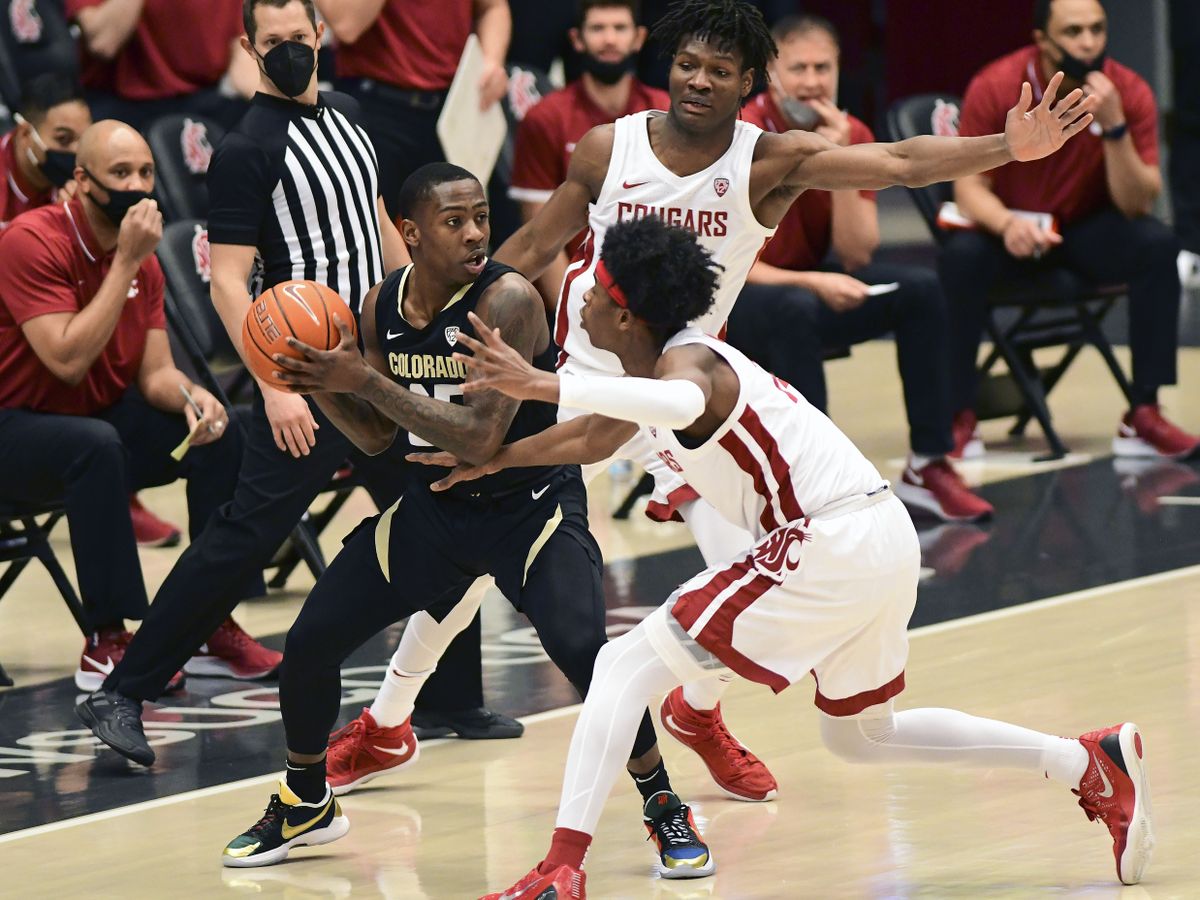 WSU: Watching the first part of the Cougars’ game with Colorado last night, the simple observation was Washington State was playing its best stretch of basketball of the season. Less than an hour later, the Cougars were in the midst of one of its worst. To quote Steve Martin, “what happened?” Theo Lawson tries to explain in this game story. … The Buffaloes’ rally did wonders for Colorado’s expectations of the next few weeks – and down the road. … Eyebrows raised by this Theo story. How the heck did Gunner Cruz make a decision about his next school, Arizona, so quickly if NCAA members are not supposed to make contact with possible transfers until they are in the portal? Maybe the organizations rules are just applied differently south of Casa Grande. Anyhow, the Wildcats are thrilled to have the quarterback. … The women face off against an Oregon State team today that hasn’t played many games recently. … Around the Pac-12 and college basketball, could Colorado athletic director Rick George be the conference’s next commissioner? He seems to fit the criteria laid out recently. … Former commissioner Larry Scott was good for Utah – and no one else. … Washington finally won after it decided to spread the scoring around. Now can the Huskies continue that strategy against visiting Utah? … Hey, Oregon State is on a roll. The Beavers have won three consecutive games, including pounding Oregon on the boards Saturday night in a 75-64 victory. The shorthanded Ducks had no answer. … Stanford slipped past UCLA in overtime. And we mean that literally. … USC’s Evan Mobley kept the Trojans from an upset at California. … Arizona State will make up its postponed game against Utah. … In football news, Oregon’s defensive coordinator hire caused ripples throughout the conference. … One of the Ducks’ better running backs is leaving. … A former Arizona player has found a home. … Clay McGuire will have to find a new one in Los Angeles. Good luck. 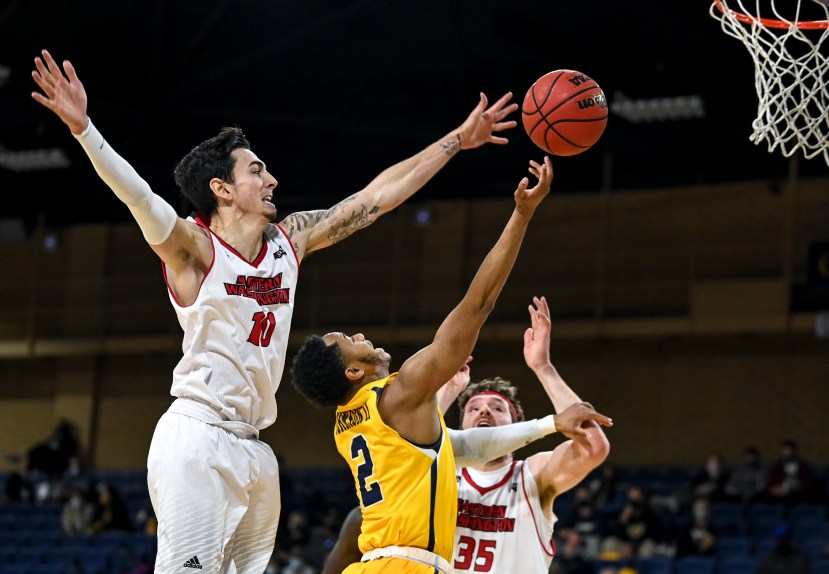 EWU: With the way Montana State is playing (keep reading), Shantay Legens called Saturday’s game against Northern Colorado in Greeley a “must-win.” The Eagles did. Ryan Collingwood has how in his story. (By the way, the outstanding photo comes from the Greeley Tribune.) … Elsewhere in the Big Sky, after a weekend sweep of Northern Arizona, Montana State is 6-0 in conference for the first time since 1987. … The Bobcats are the only conference school to sweep. Montana lost to Sacramento State, Portland State routed Idaho State and Southern Utah held off Weber State in Ogden. … Jeff Choate is going to miss Bozeman.

Whitworth: The Pirates have won four consecutive games, including their first two Northwest Conference matchups, after last night’s 83-63 win over Puget Sound. That victory is part of our local roundup.

Seahawks: The Hawks need to make a decision concerning K.J. Wright’s future. Whatever it is, it will shape the linebacker corps next season.

Mariners: Tommy John surgery takes a while from which to recover, but one Mariner reliever is ready to show he has. … Hank Aaron’s career is something to marvel at and to study. So is this Further Review page from our Charles Apple.

• Who are you rooting for in the NFL playoff games today? It’s probably hard to make a decision. Is it possible for both NFC teams to lose? No? OK, I’ll go with the Packers then, as one of my oldest friends is from Milwaukee and it would make him happy to have his team back in the Super Bowl. As for the AFC, give me the Bills. It would be such a throwback to when I was a younger, in-shape guy to have Buffalo lose another Super Bowl. Until later …