A GRIP ON SPORTS • Four weeks into January, what have we learned about 2021? To answer that question we take you back in time 50 years, when The Who were all the rage. And Peter Townshend told us to “meet the new boss, same as the old boss.”

• C’mon, we get fooled all the time. We think some arbitrary change, thanks to the man-made construct of time, will make everything better. Hah.

Let’s check in with the West Coast Conference and its men’s basketball schedule.

No San Francisco. No Santa Clara. Now, no Saint Mary’s. The Gaels put their activities on pause yesterday, meaning all three Bay Area schools are on the sidelines just as California loosens its COVID-19 restrictions. That is an interesting disconnection right there.

Will it continue for another month? The NCAA is banking (literally) on that answer being “no.” Otherwise, the organization may just have to get on its knees and pray.

• By the way, if you read the entire lyrics of “Won’t Get Fooled Again,” you might wonder if anything at all has changed in half-a-century. Other than our hairlines and waistlines, of course.

• The Zags will play tonight. At least the game is still scheduled. They are in San Diego, where it is perpetually 73 degrees. There are worse places to be in late January, that’s for sure.

One we can think of is Boulder, where the Cougars played last night without its starting backcourt. But they are not blaming COVID-19 for Isaac Bonton being left home or for Noah Williams getting sick at halftime. Nope. The old-fashioned flu was cited for the reason.

No reason was reported for Eastern Washington moving its games with Sacramento State back a day, from tonight to Friday. The Big Sky teams will now meet on back-to-back days, playing at 6 p.m. tomorrow night and again at 11 a.m. Saturday. That type of schedule will be sort of a flashback of AAU summer travel tournaments for the Eagles and Hornets.

• A dozen days from now we will finally be done with the NFL season. Kansas City and the Fighting Tom Bradys will have played in the Super Bowl, not only ending the professional football year but the unrelenting hype as well.

It’s almost impossible to avoid. I tried sticking my fingers in my ears yesterday and saying “la-la-la-la-la” really loud, but, nope, some Patrick Mahomes hype seeped through.

And it’s only going to get worse.

There is only one thing to do. Buy a bunch of chicken wings. Some celery. Bob’s blue cheese dressing. A half-rack of Diet Pepsi – or two. And sit in front of my television set for the next 250 or so hours, eating, drinking and gorging on the buildup. You know, just like I did a year ago. And the year before that. And … heck, you get the picture. The Super Bowl. The old and new boss. 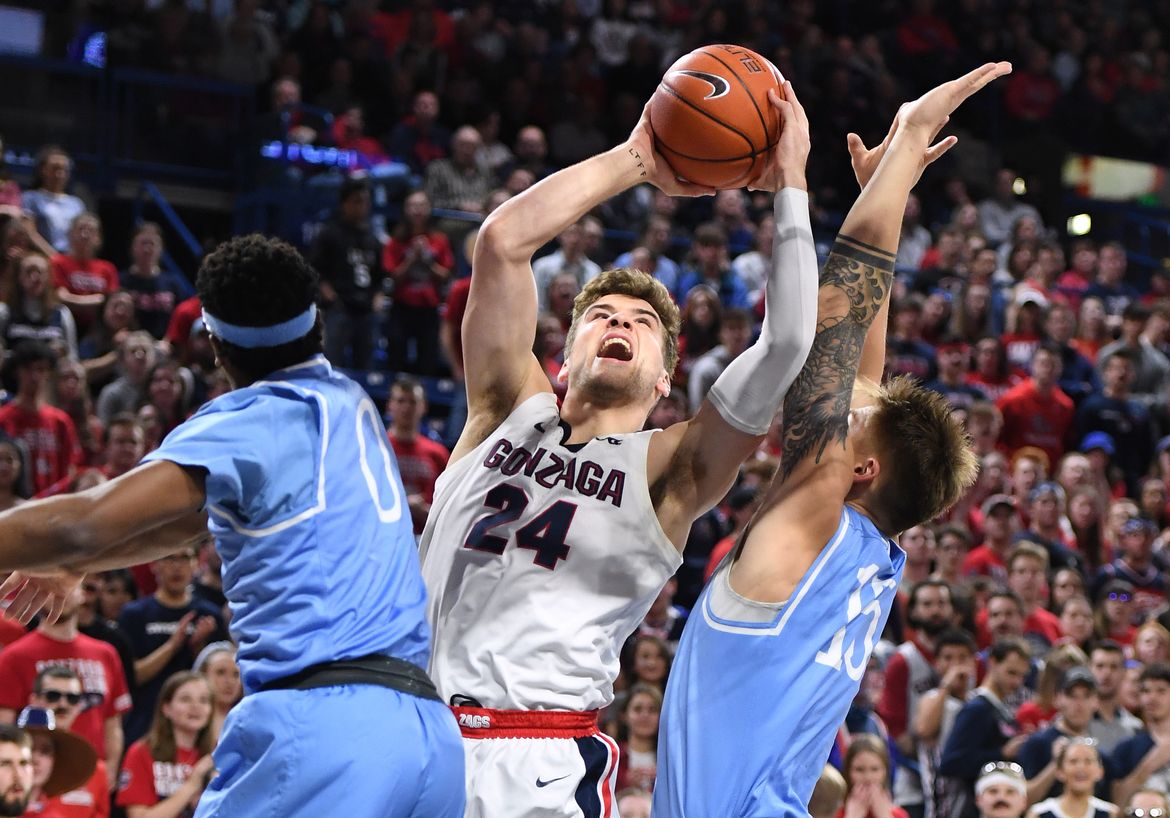 Gonzaga: Few West Coast schools have been hit as hard by the virus as San Diego. The Toreros have hardly played at all. The only question tonight – 6 p.m. on ROOT – would seem to be if the Zags can cover the four-touchdown spread. Jim Meehan has a preview of the game as well as a look at the key matchup. … Jim Allen sets the stage for the women and their trip to California as well. They begin tonight in Stockton against Pacific. … Back to the men, Corey Kispert made the cut for the Julius Erving Award. Jim Meehan has that story. … Gonzaga is still atop these power rankings. And these as well. … Elsewhere in the WCC, Pepperdine and BYU met in an afternoon game Wednesday, the second of two consecutive games against each other. This time the Waves rallied to win. 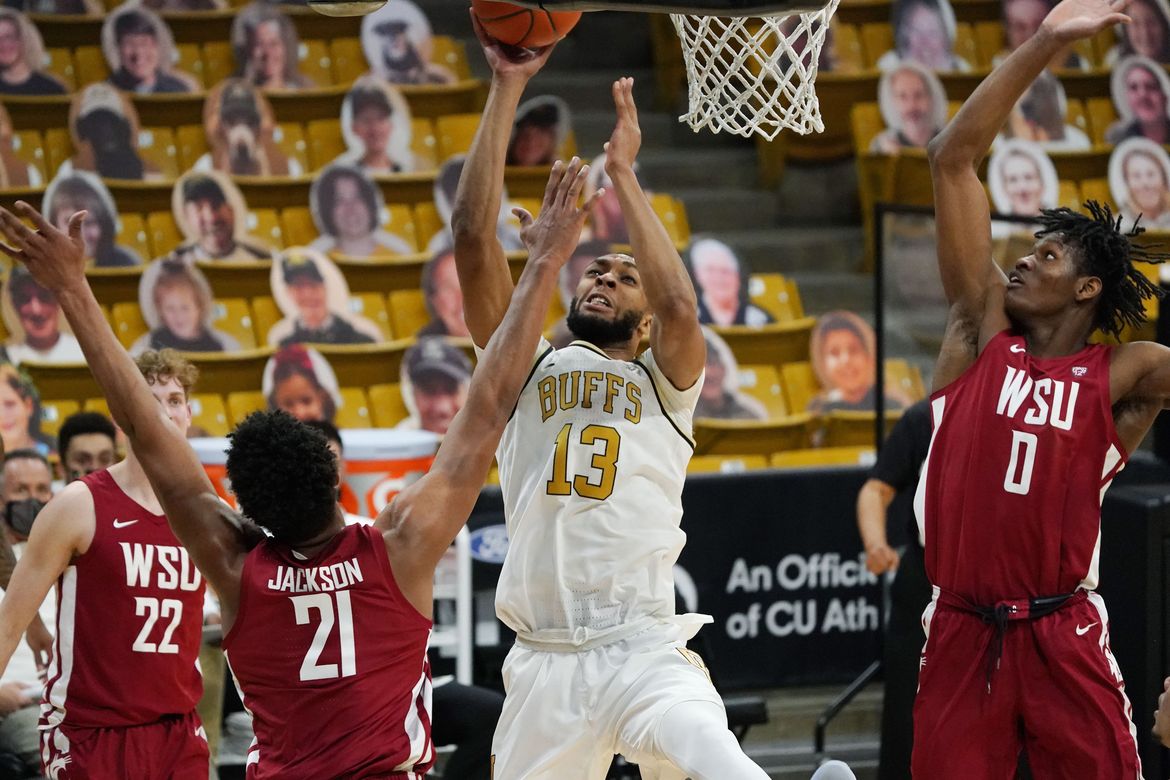 WSU: The Buffs are tough at home no matter how well the visitors are playing, so Washington State was in for a tough game no matter what. Subtract its leading scorer – Bonton – and the mountain was just too high. Theo Lawson has this game story. … The women were at home, hoping to end a 67-game losing streak to Stanford. (Yes, you read that correctly.) John Blanchette was there and though the Cougars didn’t come close (the Cardinal won 71-49), John has a column that shouldn’t be missed. … We mentioned our surprise the other day when the Cougars were not included in the rising section of Jon Wilner’s stock report. He has fixed that oversight. … Around the Pac-12 and college basketball, Oregon State’s rebounding is a key to its success. … Utah and Fresno State worked out their basketball differences. … Larry Krystkowiak has been around Utah a long time. … USC’s Evan Mobley is still getting better. … Arizona faces inside-oriented Stanford tonight. … Arizona State and California meet. … In football news, Wilner has a projection concerning the next season’s all-conference teams. … Washington has controlled Northwest recruiting. … An Oregon State player is retiring for medical reasons. … Two more reserves are leaving Oregon as others take advantage of their extra season. … The game against Texas A&M should help Colorado’s bottom line. … It’s a busy time at Arizona State. … The Sun Devils worked quickly to fill its coaching vacancy.

EWU: Bryan Harsin’s Auburn staff has quite a few Eastern connections, most notably Jeff Schmedding, the University High graduate who was the Eagles’ defensive coordinator not all that long ago. Ryan Collingwood has more in this story. 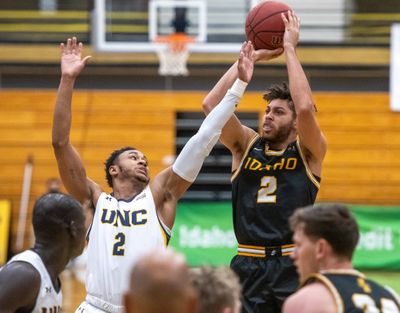 Idaho: It’s already been a long year for the Vandals. But it’s been a fruitful one for walk-on Damen Thacker, as Peter Harriman tells us in this piece.

Seahawks: Larry Weir and SWX sports director Dennis Patchin talked yesterday for the latest Press Box podcast. They talked about the Hawks’ new offensive coordinator and other subjects. … The team shed all remaining connections with Chad Wheeler. … What do we really know about the new offensive coordinator? We do know Waldron is a crucial hire for the team – and for Russell Wilson.

Mariners: Jarred Kelenic spoke with the media yesterday. … Kyle Seager is in a weird place. He knows this is his last season with the M’s. … The franchise announced its minor league managers and coaches.

Sounders: The MLS may not be starting on time due to contract negotiations. … Seattle is working on signing another backup goalkeeper. … FIFA is working toward announcing the cities that will host the World Cup matches in 2026.

• There is one thing I’m not missing on TV today. No, I don’t mean Gonzaga’s game tonight at the University of San Diego. I’ll be watching that, and writing about the broadcast, because, you know, it’s my job. For pleasure, however, I’ll watch some of today’s golf from Torrey Pines. I always love watching the professional golfers play courses I’ve played, albeit 40-some years ago. I lost a lot of balls at Torrey Pines back in the day, almost all of them right of the tee boxes. But the ocean views. The golf balls were worth the price of that admission. Until later …