A GRIP ON SPORTS • A big part of Saturday morning’s column was devoted to how change has been the constant in sports the past year. How’s this for validation? The coronavirus forced the women’s game between Whitworth and Pacific Lutheran yesterday to be postponed. At halftime. Now that’s different. But there was some semblance of normalcy, brought to us by Patrick Reed and college basketball officiating.

• Where to begin? How about with the one play yesterday that had us saying, “yep, that’s the Pac-12 basketball officials we know and love.” Well, not really. But something sort of similar to that.

The call we’re referring to didn’t actually occur in a Pac-12 game, but it came courtesy of Michael Greenstein, who works more games in that conference than any other. And it disqualified Jalen Suggs from last night’s rout at Pepperdine. Suggs hardly played in Malibu, picking up a couple of first-half fouls that cut his time, then being hit with two more fouls in six second-half seconds that sent him to the bench again.

With the game in hand, however, Mark Few sent the freshman on the court late to give him a chance, presumably, to learn how to play with that millstone around his neck. And Suggs did it well, working hard defensively and being more cautious on the offensive end. But, with about 80 seconds left, he couldn’t resist standing his ground and accepting an obvious charge. Except Greenstein called him for a block, emphatically pointing to the floor, indicating Suggs had his feet in the restricted area.

It looked so obvious on TV, we ran the replay back multiple times. And here is what we saw: Suggs stepped forward, at least six inches outside the restricted area, and planted his feet, establishing his initial legal guarding position. He accepted the contact with a minimum of movement. Greenstein, replay showed, wasn’t looking at Suggs’ feet. His eyes were up, watching the drive. And yet he pointed to the floor forcefully, selling a call that was as phony as the home warranty those annoying robo-callers want me to buy.

With less than two minutes remaining, Few could have asked for a replay review. It’s his right under the rules. But why do that when the call didn’t matter? All it would have done is embarrass a veteran official who will be participating in many crucial Gonzaga games down the road.

Those of us watching at home, however, knew the truth.

• The same might be said of Reed and his latest run-in with golf’s trust-the-players rulebook.

What happens if a professional player has proved untrustworthy? He’s not given the benefit of the doubt.

Which brings us to Reed, who has been accused of the same type of problems in college and on the PGA Tour. He was playing in the San Diego tour stop yesterday. Leading it by a good margin, actually, when he pulled a shot into the rough around the 10th green.

The CBS replay showed the ball bouncing once and settling into the high rough. It was going to be a tough third shot for Reed. Except it wasn’t. Nope. He moved it, telling the late-to-the-party rules official he had determined it was embedded and, under the rules in force after a rainy Friday, he was just asking for the official’s confirmation.

Reed even pointed out the hole the ball had made – before he moved it, of course.

Uh, that’s not how it should be done. In his defense, Reed said he was told by everyone around the green the ball hadn’t bounced, so he just assumed it had flown straight in and embedded. If that’s the case, tournament organizers need to offer free eye exams to the folks working that area. Even in real time, it was obvious the ball bounced at least a couple feet in the air before nestling down softly.

Heck, even Reed admitted it’s nearly impossible for a ball to embed if it bounces. But, he assured the post-match media scrum, he was told it hadn’t bounced.

Why is that important? In the rough, even under Saturday’s relaxed rules, a bad lie has to be played. An embedded one can be lifted and dropped, usually resulting in a better shot.

In other words, if the ball wasn’t embedded and it is treated as such, that’s cheating. No self-respecting golfer would ever open himself or herself to accusations of cheating. Once again, for whatever reason, Reed did. 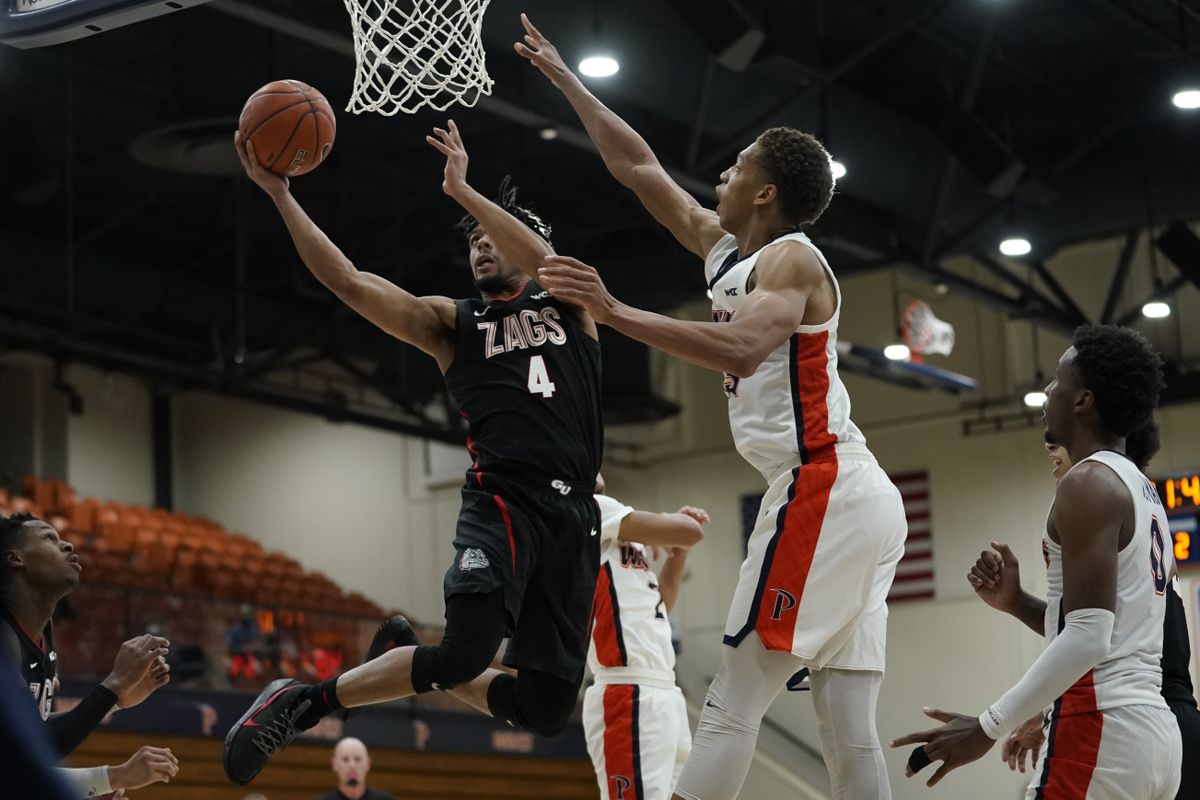 Gonzaga: A slow start. A big run. A blowout win. Yep, that’s been the formula for the Zags lately. And again Saturday night. Jim Meehan has his game analysis and the difference makers. … John Blanchette has a column on the defense, which asserted itself during the game-changing run. … We watched on TV, passing along the ESPN announcers’ view of events. … There is also a recap with highlights. … The women were in California as well, once again routing Saint Mary’s. Jim Allen has that coverage. … Elsewhere in the WCC, if you were sitting around, waiting for Gonzaga’s game to start last night, you might have checked out the end of regulation of Pacific’s battle at BYU. And saw the Cougars miss a couple of free throws that would have ended it. Instead, BYU finally prevailed in double overtime, avoiding a loss that probably would have crippled their NCAA at-large hopes. 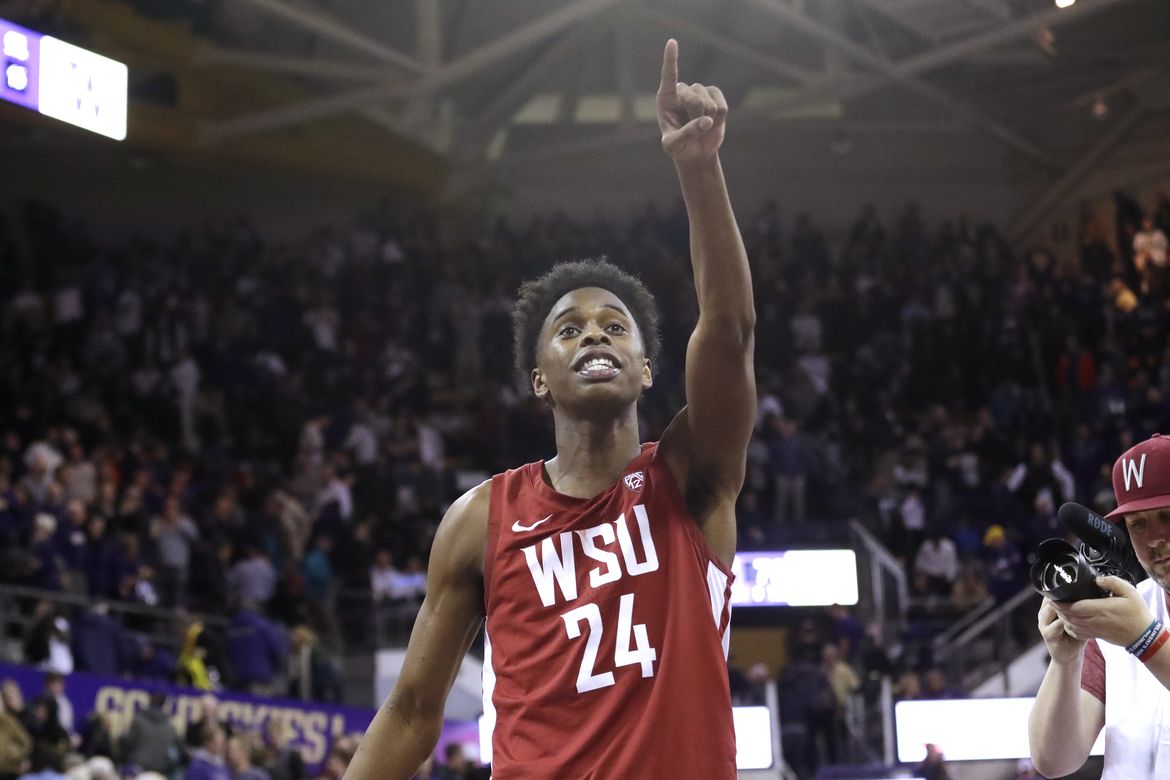 WSU: The Cougars are in Seattle getting ready to play Washington tonight. A couple weeks ago, this one seemed like a Washington State lock. But the Cougars’ issues and the Huskies’ recent bounce-back have made the outcome in doubt. Theo Lawson previews the game. … The Cougar volleyball team finished off a weekend sweep of Arizona State. … Around the Pac-12 and college basketball, should the conference play a postseason tournament? … UCLA held off Oregon State in Pauley in a game that didn’t feature anything out of the ordinary. … The same can’t be said about Colorado’s home loss to Utah. The Buffs led by 19 with 8 minutes, 30 seconds left and lost 77-74. Wow. … Arizona State got back on the winning track with what has to be considered an upset of Stanford. … Arizona had little trouble with California, which was to be expected. The Wildcats dominated. … In football news, a local running back is transferring from Michigan home to UCLA. … Two Bruins played well in the Senior Bowl. … The Arizona strength coach is one of Jedd Fisch’s key hires. 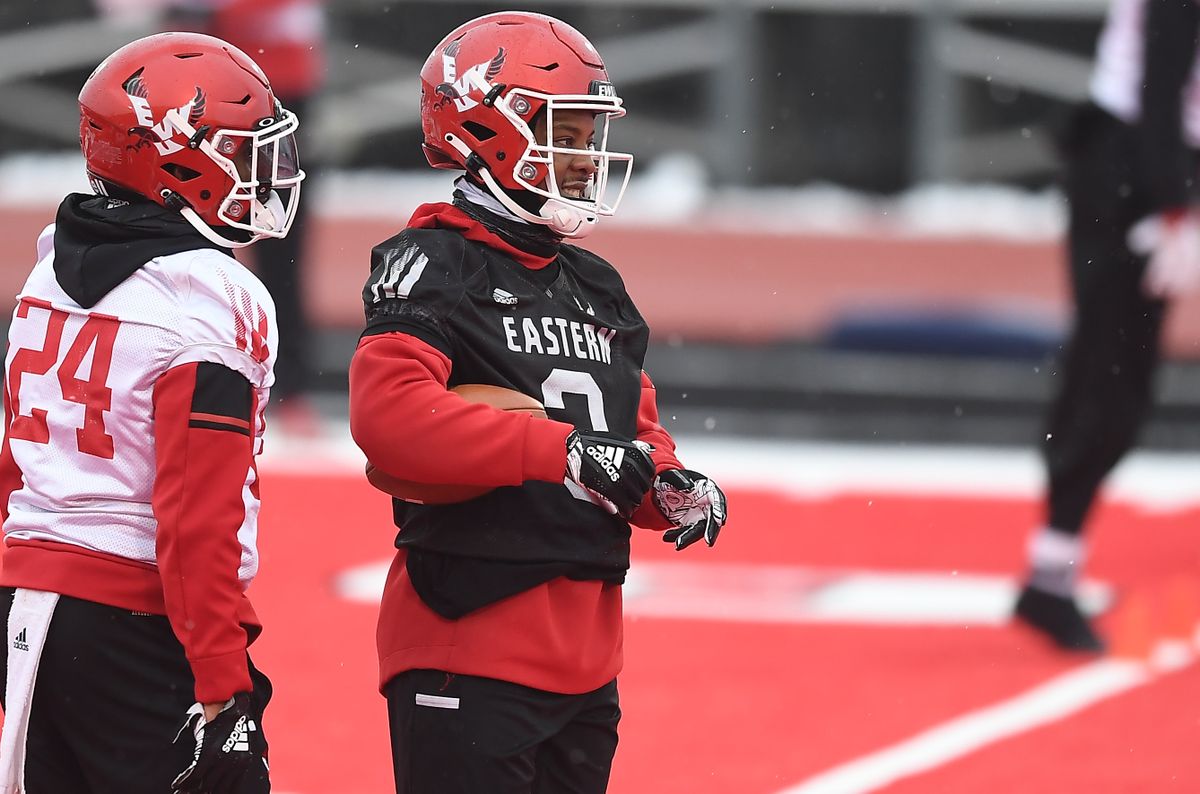 EWU: It’s the last weekend in January. So of course in this topsy-turvy year Eastern is beginning football practice. Ryan Collingwood was in Cheney on Friday and has this story on five things to watch this weird spring season. … Tyler Tjomsland was also in attendance and has a photo gallery. … Around the Big Sky, Montana State’s athletic director needs to make the right football hire.

Idaho: There are five things to watch concerning Vandal football as well, courtesy of Peter Harriman. … The basketball team was blown out at Weber State once again.

Whitworth: As we mentioned above, the Pirate women were halfway through their game with Pacific Lutheran in the Fieldhouse when it was called off due to COVID-19 issues. 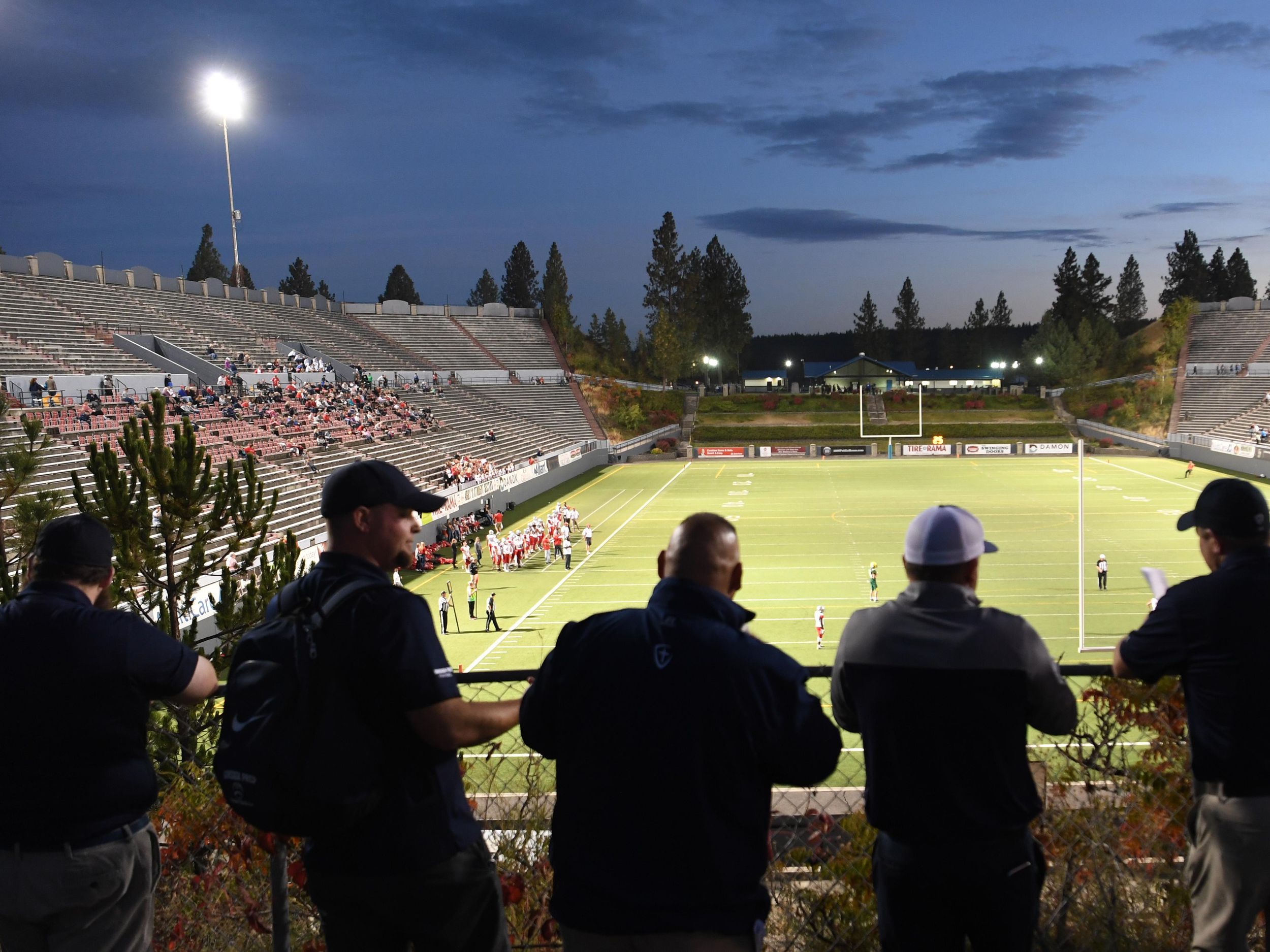 Preps: Venerable Joe Albi Stadium is going to be rebuilt and repurposed soon. The school district has filed for building permits for the project. Amy Edelen has this story about the process. … After a long wait, it looks as if West Side schools will get their sports underway. … The Times released its annual list of the best state football prospects. There are no GSL players on it.

Seahawks: The Los Angeles Rams wanted to get rid of Jared Goff so badly, they packaged him with a bunch of draft picks and sent him off to Detroit, receiving Matthew Stafford in return.

Sounders: Somehow I forgot to link this signing yesterday. My bad.

• This last day of January, 2021 is going to be a day of rest. And of eating well. That is all. See you Monday morning. Until later …