Karli Ingersoll is realistic. There is a coronavirus vaccine, but the owner of Lucky You Lounge knows that it’s going to be a while before her concert venue and restaurant will host recording artists again.

“We’re not in that phase yet,” Ingersoll said from Lucky You in Browne’s Addition. “There’s talk about venues operating at 25%, but I think you need to be at 100% to make it viable.

“There’s also potential risk. Until the majority of people have gotten the vaccine, you run the risk of having people in a room with a band onstage. I don’t feel safe yet. There’s a safety issue, and there’s a financial issue.”

The latter has been a concern for Ingersoll, 34, and myriad club owners throughout the country. Mid-March will mark a year since venues have been closed due to the coronavirus pandemic.

Some clubs, such as the Pin, are closed permanently. However, there is some good news.

Keep Music Live, a COVID-19 fundraising campaign to raise money to support small, independently owned venues across Washington, has announced that applications for relief grants are being accepted. 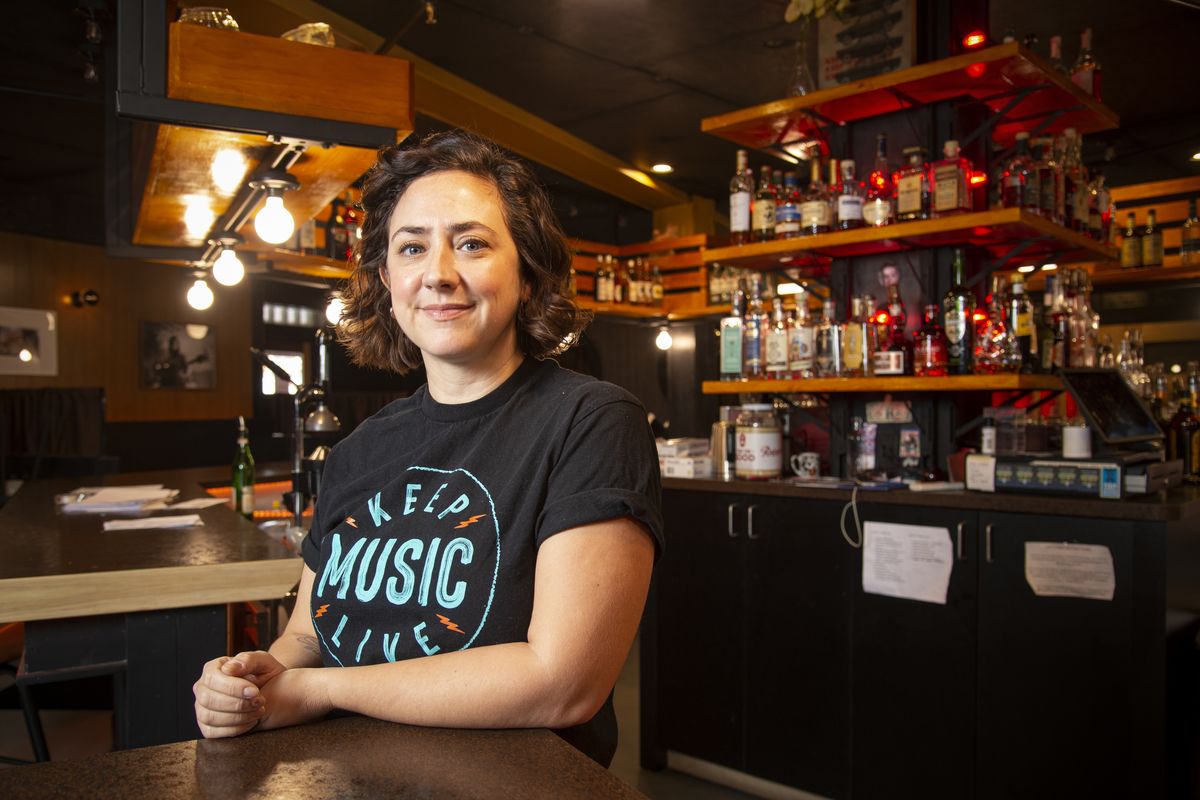 Owner Karli Ingersoll of Lucky You Lounge stands by the bar next to the performance venue at her closed business at 1801 W. Sunset Blvd. in Browne’s Addition on Jan. 27, 2021. (Jesse Tinsley/The Spokesman-Review)

Funds for Keep Music Live have been donated by more than 2,500 contributors, including individuals, foundations, businesses and organizations interested in preserving indie venues.

“We’re very excited about this,” Shannon Halberstadt, Keep Music Alive’s campaign manager and former executive director of Spokane Arts, said from her Seattle office. “This is something that’s going to benefit independent venues across the state from Seattle to Spokane. I’m so happy for venues in our city and for venues like Lucky You and the Big Dipper in Spokane.

“I know how great Spokane is from living there. I want to see the venues survive in Spokane. We’re doing all that we can to survive the COVID crisis. We’ve worked hard for months to be able to get this together. Now it’s time for the venues to apply for the grants, which they will get.”

Ingersoll and her peers will have until Tuesday to apply for two grants, which will be dispersed over the next two months. The criteria is an independently owned venue that provided live music at least three nights a week with a ticketed capacity of 1,000 or less and which was in operation prior to the mandatory closures 10 months ago.

“We’re going to apply for the grants, but I have no idea how much we’ll get,” Ingersoll said. “They (Keep Music Alive) don’t know, either. No one will know until all the applications are in. We have that, and then there’s the grants from SOS that will be coming in. All of that assistance is needed.”

Ingersoll is referring to the Save Our Stages act. Congress passed a COVID-19 relief bill for SOS in December. Legislation will allocate $15 billion in federal grants for independent music venues and other struggling arts venues.

“We all need it because venues are bleeding money,” Ingersoll said. “It costs so much every month with rent and utilities. But the money will come in, and it’s exciting, not just for Lucky You but for everyone who worked so hard to put this together.

“It’s going to help a lot of people. The grants we’re applying for will be a Band-Aid until the SOS money comes in.”

Ingersoll believes 2022 is probably when Lucky You and many venues open their doors since full capacity is the target.

“If we open at anything less, are we going to die quicker with a limited amount of people, or will waiting until we can be at 100% be best?” Ingersoll said. “That’s how I feel about it as a music venue.

“We opened the restaurant here last year in August. It was nice when we had the patio open, but we had to close (in October). I just think it’s going to be best when we have some consistency, 100% every day and night.”

Before Lucky You opens its doors, it will be opening some envelopes with much-needed checks.

“Unfortunately, we need that money,” Ingersoll said. “What we we’ve been going through is a nightmare. We were just about to start getting busy last March, and the pandemic hit.

“We’re in survival mode now. We’re doing all that we can to make it, and any grants we receive will be welcome.”