A GRIP ON SPORTS • On the anniversary of one of the top five home runs ever hit, we’ve decided to spend it celebrating baseball. The greatest sport ever invented.

• Or not. But today we’re going with that. Come October we might say football. Or basketball. Or maybe even golf. Today it’s baseball. And there is a lot to share.

Starting with the home run we referenced above. 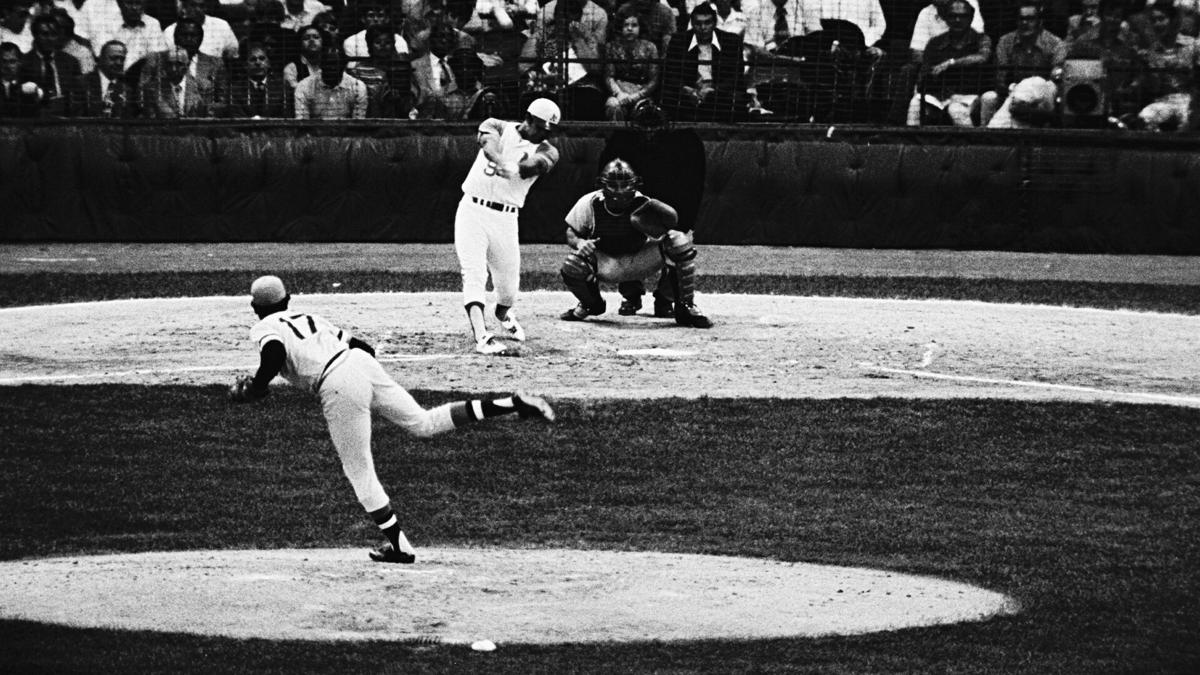 If you are of a certain age, say about to start receiving social security (as opposed to being infatuated with social media), then you know what I am talking about.

It was July 13, 1971, a simpler time. How simple? “Love Story” was the No. 1 movie in the nation. Enough said. It was also the day Reggie Jackson made the earth move, which just happened to be part of the name of the No. 1 song at the time.

Jackson, an Oakland A’s player then, stepped into the batter’s box to face Pittsburgh’s Dock Ellis, who is best known for admitting to throwing a no-hitter while under the influence of LSD. Or for grooving his pitch to Jackson. Goodbye Mr. Spalding.

Yep, Jackson hit a light tower in old Tiger Stadium. It was the only thing between the baseball and orbit, it seemed. And, no, there were no pyrotechnics, a la “The Natural,” or even a bat toss – though it would have been appropriate, maybe even then. Just the longest, loudest home run I ever saw up to that point in my life. All 14 years of it.

• Seeing Jackson’s home run was a baseball highlight for me at the time. One of many voyeur-like moments supplied by the game over the years. But not everyone just has to watch. Yesterday, a bunch of folks with Inland Northwest connections experienced highlights they’ve earned through their play. 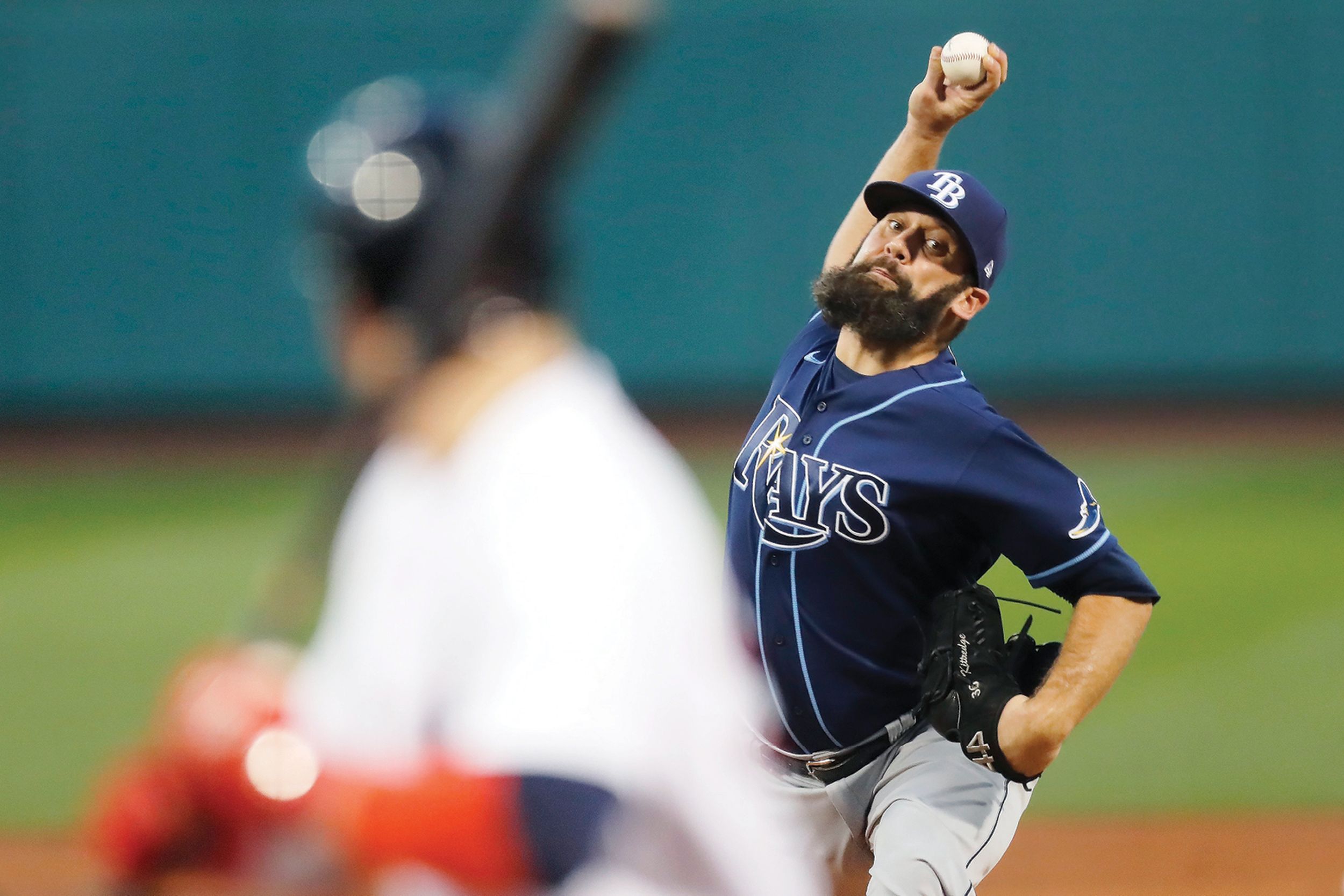 We start with a young man I used to watch pitch often, mainly because the pitches he threw for the Ferris High Legion baseball team used to end up in a catcher’s mitt I purchased, held by my son Jack.

American League All-Star manager Kevin Cash picked Spokane’s Andrew Kittredge, who pitches for Cash in Tampa, as a replacement for Seattle’s Yusei Kikuchi. There is no nepotism involved, as Kittredge, known affectionally as Bud to his Ferris teammates, has earned the spot with his best season as a major league pitcher.

How good has he been?

This is verbatim from the Associated Press report: “With a 6-1 record, two saves and a 1.47 ERA in 32 games, Kittredge has 43 strikeouts so far in 43 innings. He held opponents scoreless in 10 of his last 11 appearances.”

That’s incredible. Amazing. Impressive. As it is to see a pitcher from Spokane reach such heights.

• But Kittredge wasn’t the only local player to hear great news Monday.

We’ll start from across the border, where Kyle Manzardo learned how to hit baseballs, if not Reggie Jackson-like, then close. The left-handed hitting first baseman honed his skills in Coeur d’Alene, mashed the ball for Lake City High and then mastered his craft at Washington State.

Mastered it well enough to be drafted in the second round yesterday by Kittredge’s team, the Rays. He was the 63rd player selected.

Later in the day two Gonzaga University players, third baseman Brett Harris and shortstop Ernie Yake, were also picked, Harris in the seventh round by Oakland and Yake – a near-perfect baseball last name as it rhymes with “rake” – in the 10th by Minnesota.

Monday was a pretty big day for the Inland Northwest baseball players, that’s for sure. 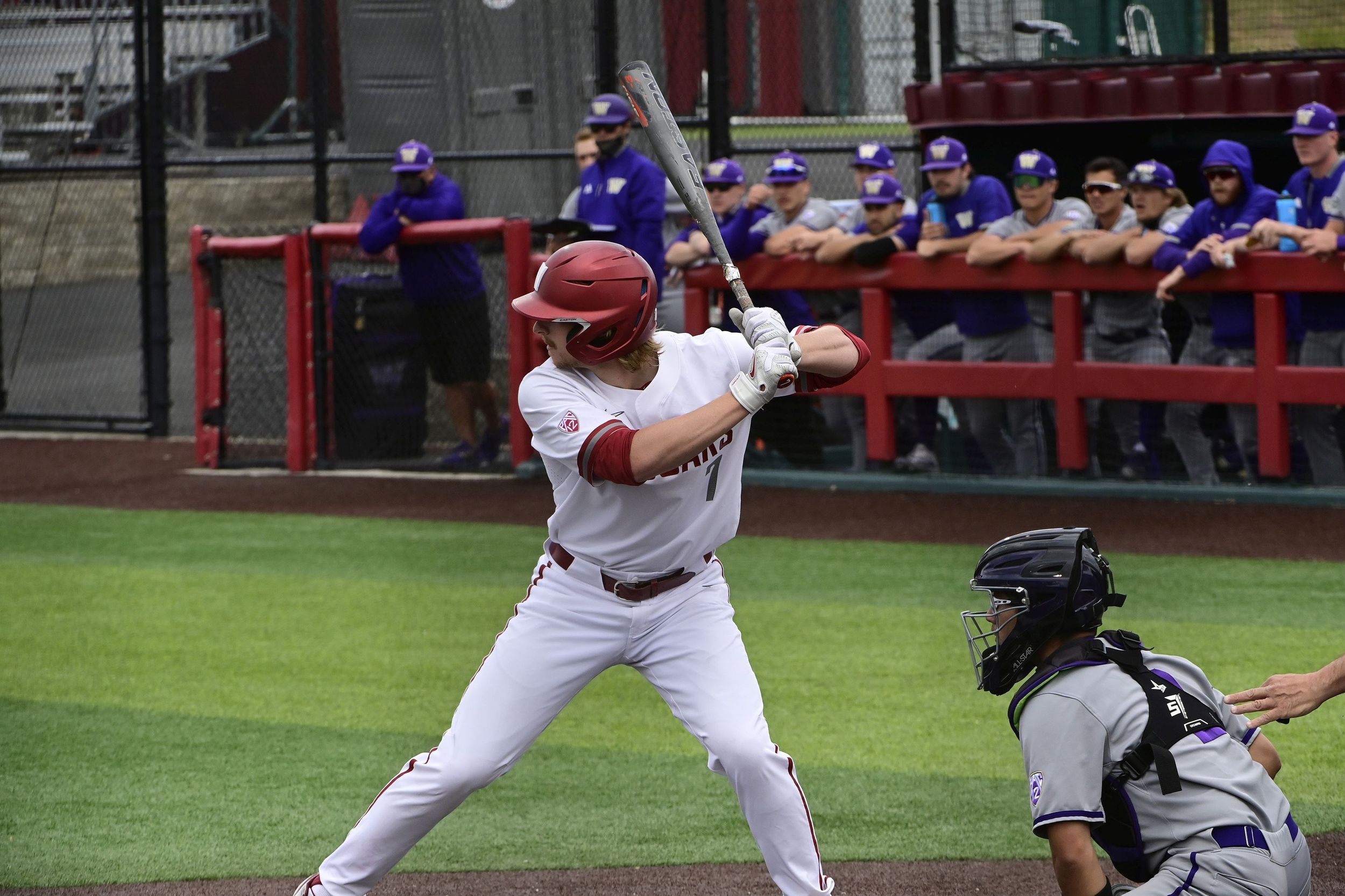 WSU: Of course Theo Lawson has an in-depth story about Manzardo’s selection. … Jon Wilner sees the Cougars finishing in the upper half of next year’s basketball standings. … Elsewhere in the Pac-12 and college sports, what will Oregon State’s football season look like? … Here’s another question: Who are Utah’s five most-important players?… The Beaver basketball team added another player to the roster. … UCLA hopes to add another national title banner to Pauley Pavilion’s rafters. I wonder if there is enough room. The Bruins would have a dozen of them. 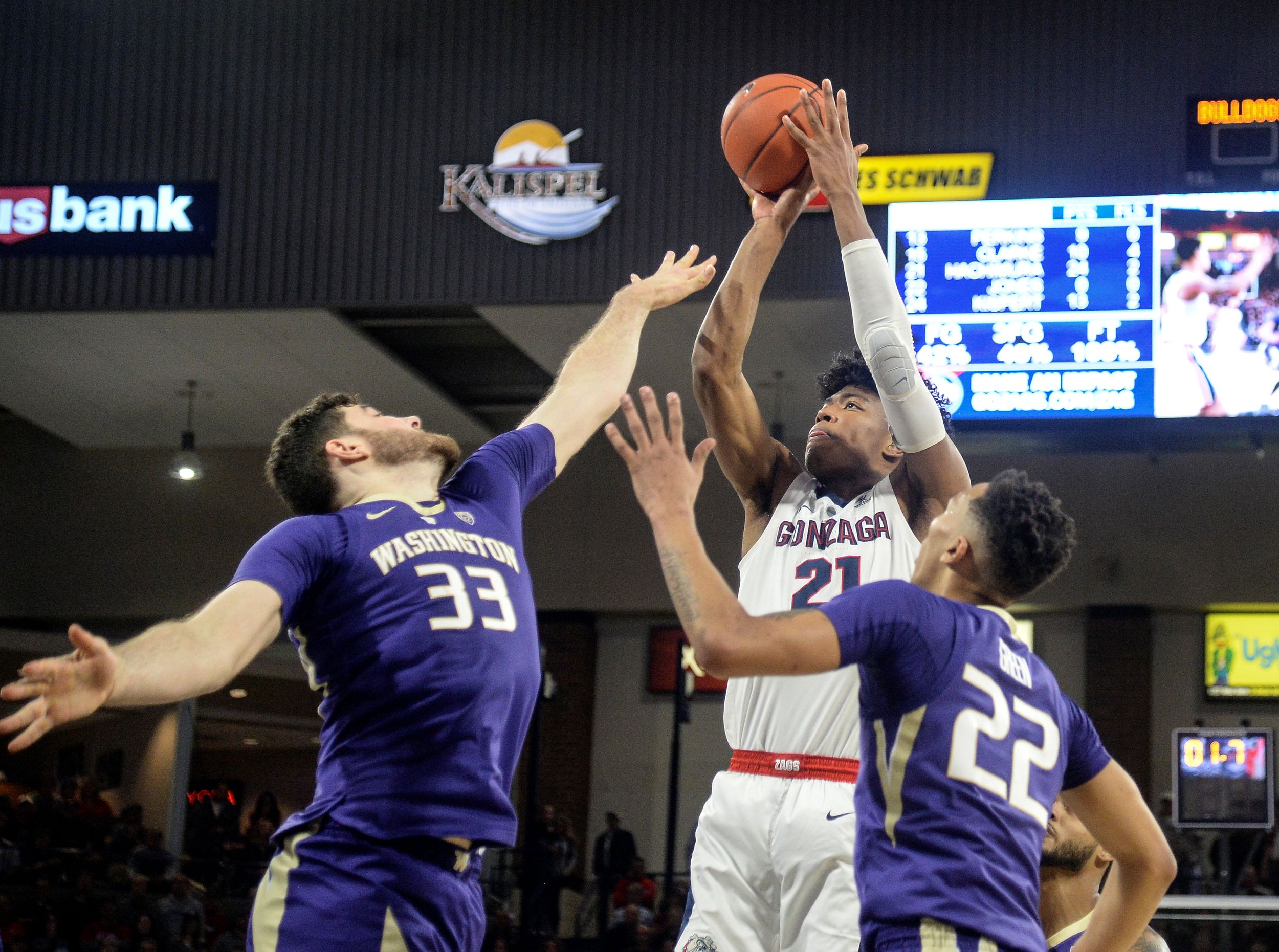 Gonzaga: Before we get to the two drafted baseball players, we have to give you your GU basketball fix, right? Jim Meehan has this story on next year’s nonconference basketball schedule, which is beginning to fill in. The dates for the games against Washington and Texas have been revealed. … Meehan also did what he does every Monday. He spoke with Larry Weir for the latest Press Box podcast. … Justin Reed takes care of the baseball draft news. … Back to basketball, the Athletic’s Brian Hamilton believes Mark Few is the best coach in college basketball. 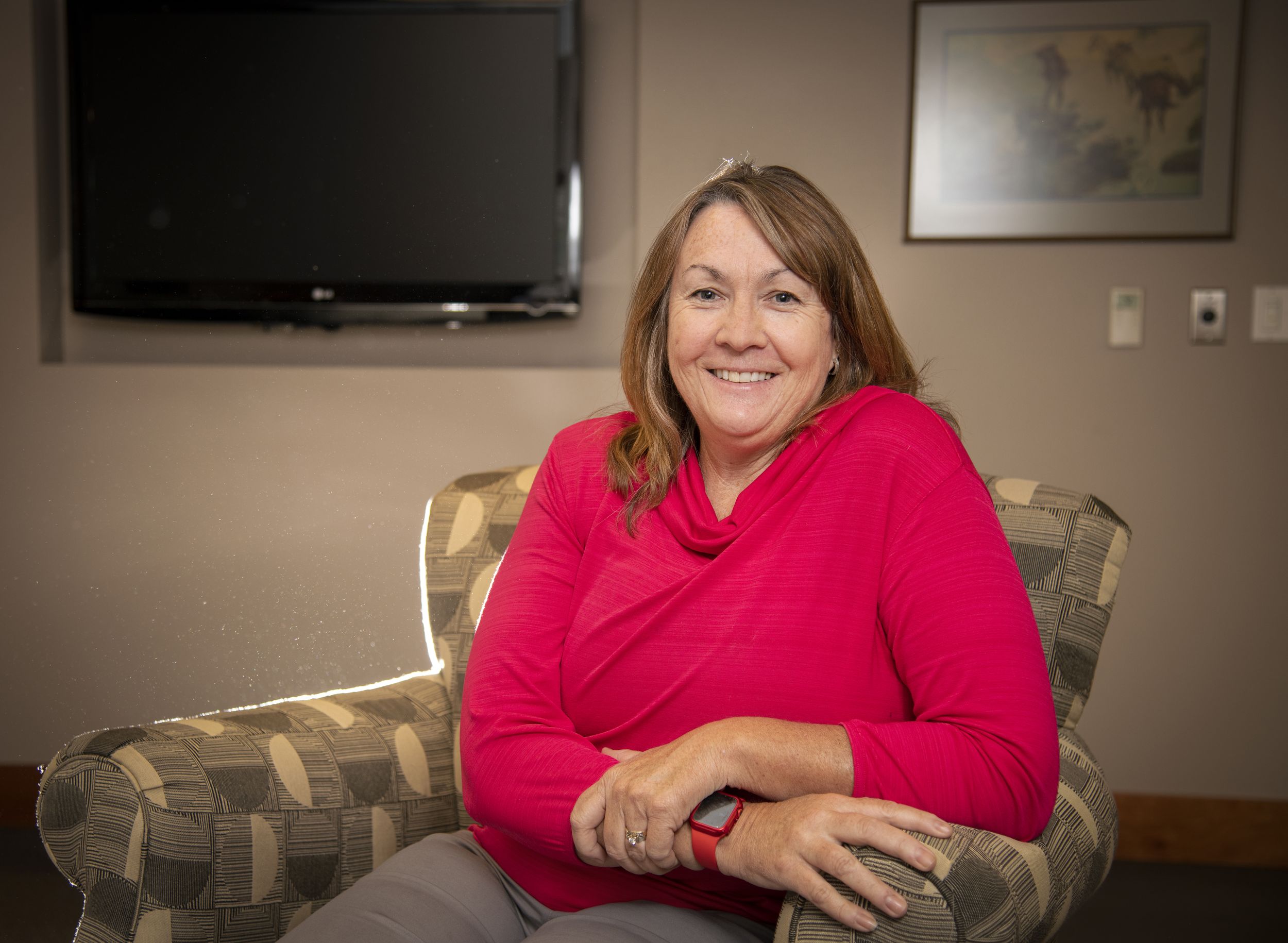 EWU: Wendy Schuller was fired recently as the Eagles’ basketball coach. She didn’t feel she deserved it – and felt there were ulterior motives behind athletic director Lynn Hickey’s decision to let her go. So she is preparing to sue the school. Greg Mason spoke with her and explains the why behind her recent legal claim.

CCS: There is even more baseball news. The Sasquatch team had a successful season and has been honored with numerous awards ranging from players to coaches. Those awards are all part of our weekly local briefs column. 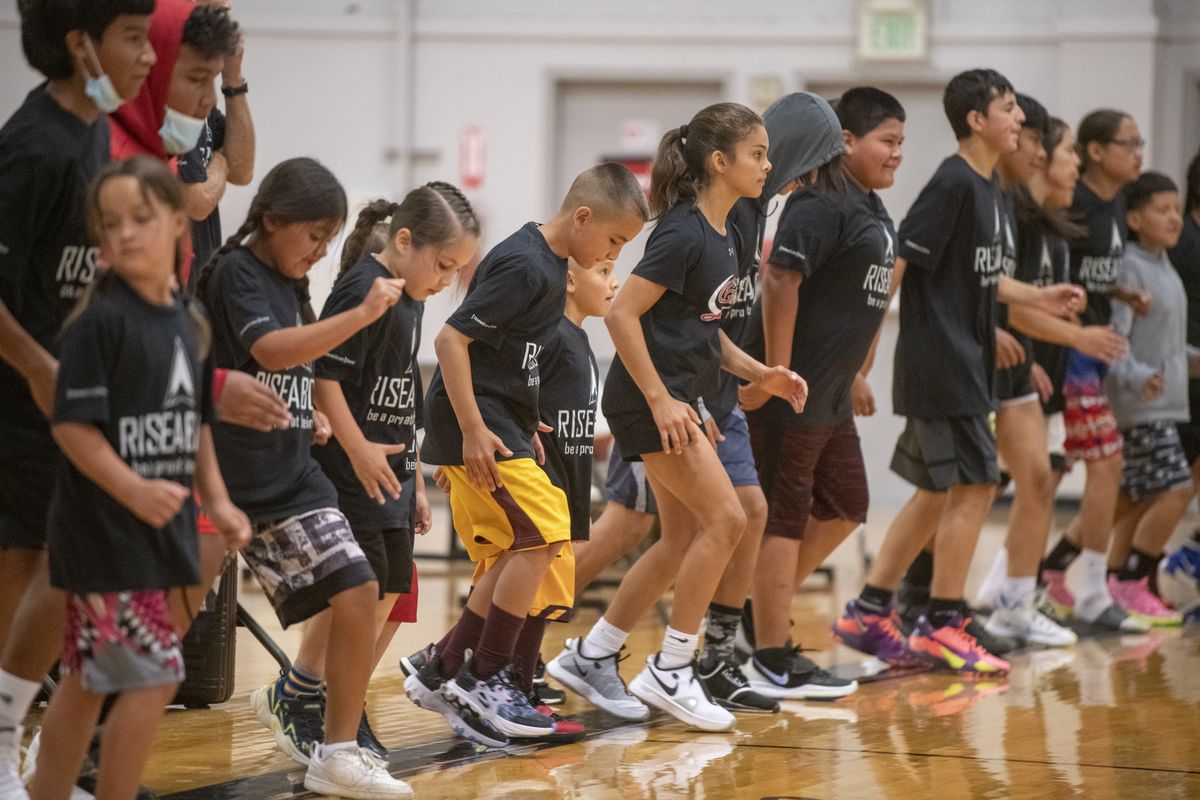 Preps: Basketball isn’t just about shooting and dribbling and passing. It’s about life lessons as well, something that was emphasized Monday at the Rise Above camp at Liberty Lake’s Hub Sports Center. Amber D. Dodd delves into the camp’s mission in this story.

Chiefs: The Portland Winterhawks are changing their logo.

Mariners: Jackson’s home run would have been more appropriate in last night’s Home Run Derby, won for the second consecutive time by the Mets’ Pete Alonso. … Kikuchi was cleared to play after what was reported as COVID-19 exposure-caused stint on the injured list but decided not to. … His rise to all-star status was a long time coming. … The M’s continued to take high school players in yesterday’s part of the draft.

Seahawks: Training camp dates have been set. There will be tickets available soon.

Storm: The Olympic break comes at a not-so-opportune time for Seattle.

Kraken: The team’s arena is nearing completion but, thankfully for hockey fans in Spokane, won’t be ready for the exhibition season.

• The sky is falling. The U.S. Men’s National Team lost its second consecutive exhibition game – this one 91-83 to Australia – in Las Vegas. Once again a former Washington State player was on the other side, though Aron Baynes played just 3 minutes in the win. By the way, Kim and I are traveling at the moment, so this column may show up earlier than usual at times. Nothing better than rising early, checking the Net for stories and listening to her sleep behind me. After 42 years of marriage (next month), it’s only gotten better to be with her. No matter where we are. (I think this is where I’m supposed to type #blessed but I’m not that hip.) Until later …