A GRIP ON SPORTS • There are mornings in which we sit in front of the computer screen hoping words will magically appear. Maybe about a dunk. Or a missed putt. Or even someone from the not-so-distant past. It never happens, of course. Instead, we start typing and before you know it, everyone who opens this link has something to complain about. It’s a gift.

• You see the picture at the top of this column? No, it is not the latest State Farm commercial. You won’t see Chris Paul putting this play on his highlight video either. You can, however, be sure Giannis Antetokounmpo savored it. For about an hour or two. 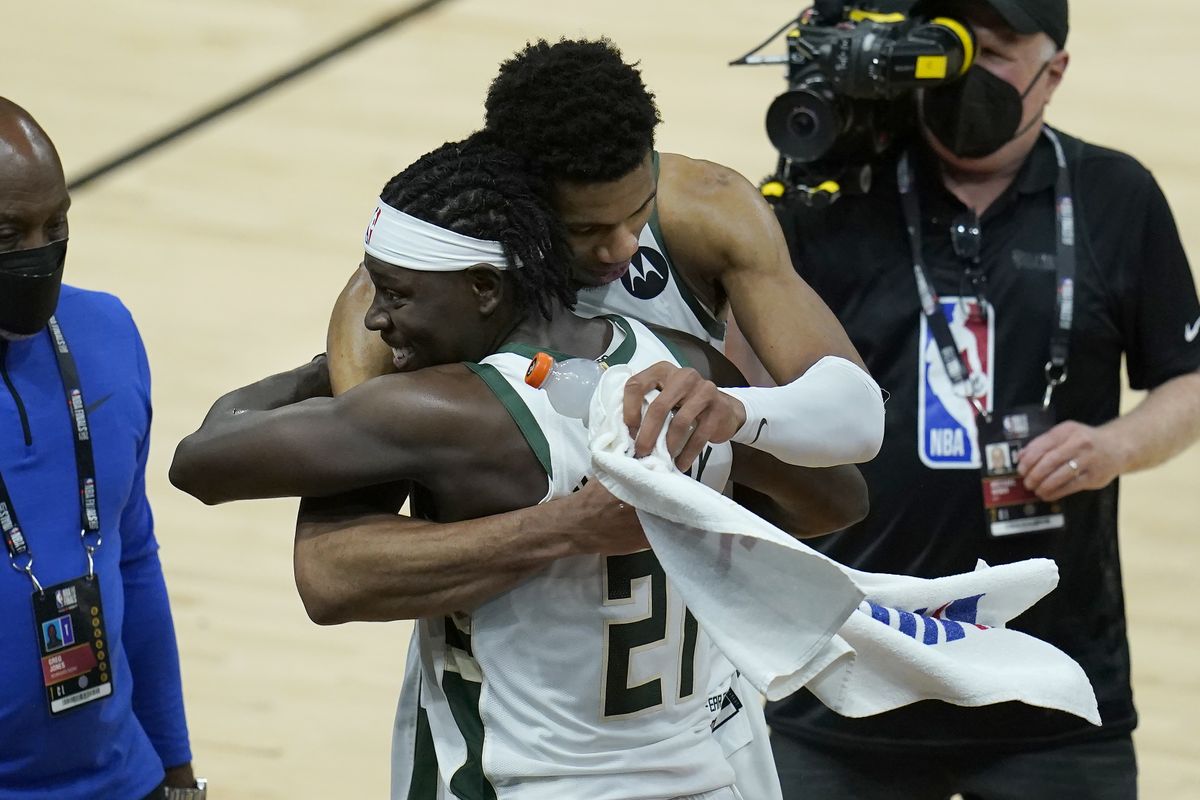 After all, the Milwaukee Bucks still have one more game to win. Their first chance will come Tuesday night. In Milwaukee. If Phoenix pulls that out, the series will head back to the desert for a decisive game seven on Thursday.

Though it is hard to believe there will be any play in either game that will excite your imagination more than the one pictured above. Sure, dunks in NBA games are about as common as crossovers, but Antetokounmpo’s was special. It not only clinched the Bucks’ 123-119 victory – and the 3-2 series lead – but it also highlighted Antetokounmpo’s incredible athleticism. Not many players can rise above the rim, gather in a pass, take a hit and throw down a teeth-rattling slam without, it seemed, even exerting himself much.

He is special. And the Bucks, one of the smaller markets in the NBA, are poised to reap the ultimate benefit of having him on their roster.

• Funny thing about golf. Especially major golf. You can be playing a great round. Everything is going just fine. Then one bad decision late in the round can unravel much of the day’s work. 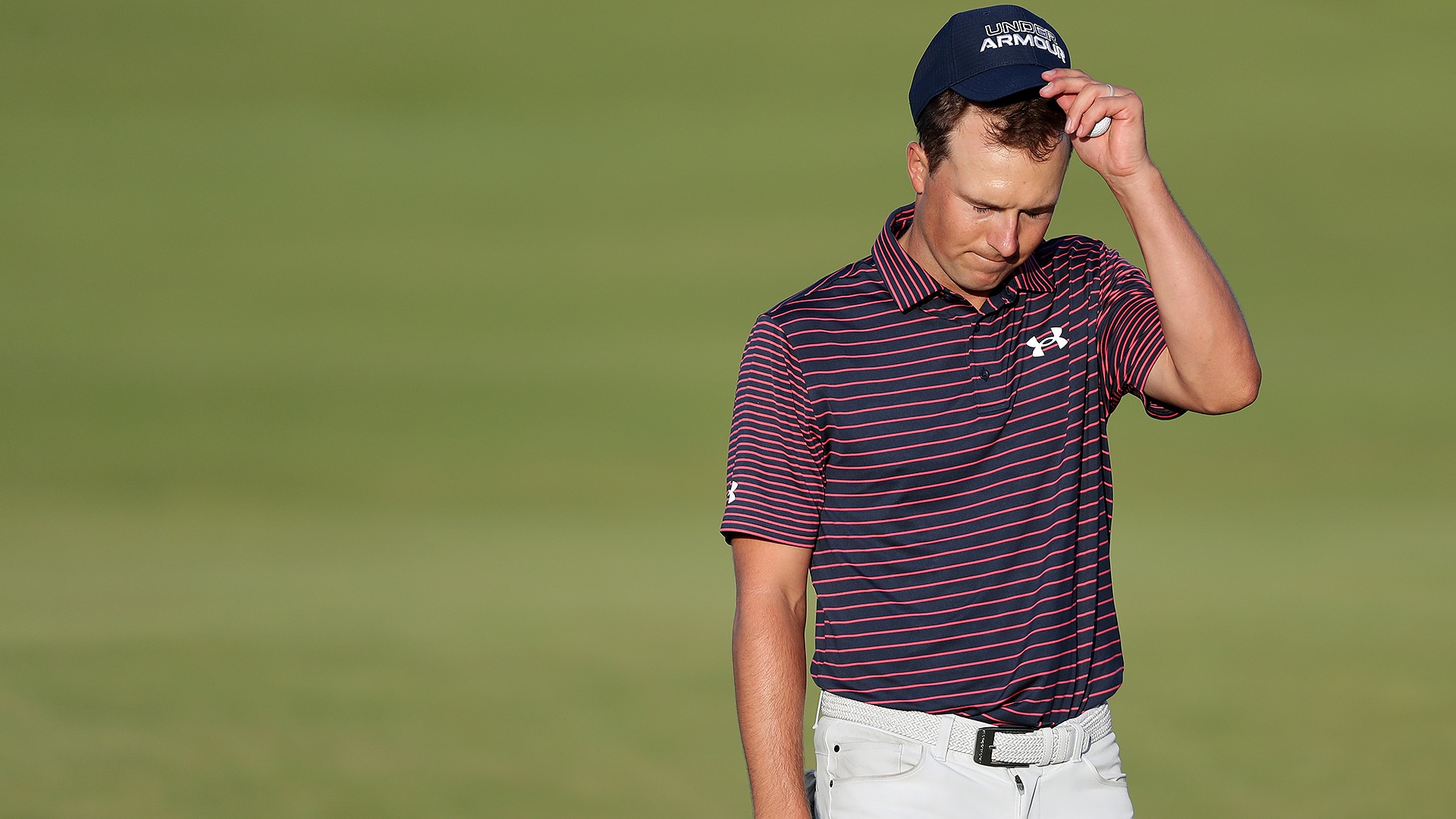 It happened to Jordan Spieth on Saturday. He was tied for the British Open lead when he took out driver on Royal St. George’s 17th hole. It was too much club. It’s not like he drove it poorly. He didn’t. Left the ball just short of the green in the fairway. But, with the hole up front, he was too close to spin the ball enough to get it close. So he tried to bump and run it up the slope.

He failed. He came up short. A bogey ensued. No longer leading, he headed to the 18th.

A couple shots left Spieth with a birdie putt. He missed it. No matter. Mark, take a breath and roll in the 18-inch putt left. Or make another mental mistake. He chose the latter, stepping up and trying to finish his round with a par. It ended on another bogey. From minus-11 to minus-9 in just a few minutes.

Momentum gone, Spieth entered today’s final round in third place. You should know soon if he was able to rally and win another major title. If not, he may have lost it with a couple of poor decisions Saturday evening.

• There was a time in this country when the three major sports were horse racing, baseball and boxing. A time not all that long ago. Only one of them, however, holds that distinction anymore and baseball is hanging on by the seams of its ball.

Horse racing is an afterthought. So is boxing, upstaged by MMA and other, more violent forms of people trying to hurt each other. But none of them, not even the UFC, has a history worth bragging about.

Boxing does. In fact, way back when, the NCAA used to sponsor a boxing title. And in 1950, the University of Idaho shared that title with its neighbors to the north, Gonzaga.

That Vandal boxing team is the thing of legends. Forgotten legends, mainly, but legends nonetheless. And it’s those legends Theo Lawson writes about on this Sunday morning. Men who grew up in the toughest parts of the state. Who lived through a depression and a world war. Men who put on boxing gloves and made their mark for UI.

Take some time this morning and read Theo’s story.

WSU: Earlier this week, we shared a link to Jon Wilner’s basketball-awards predictions in the Mercury-News. We share it again, but this time from the S-R, which will allow you to read it if you couldn’t before. Why? Mainly because we can – and because he thinks Kyle Smith will be the coach of the year. … Around the Pac-12 and college sports, the NIL rules are having an impact on the balance of power in college athletics. … Oregon’s quarterback is getting ready this offseason. … A former Oregon basketball player is getting ready for the NBA draft. … With the Olympics beginning this week, there are stories about Olympians from Oregon State and Utah. 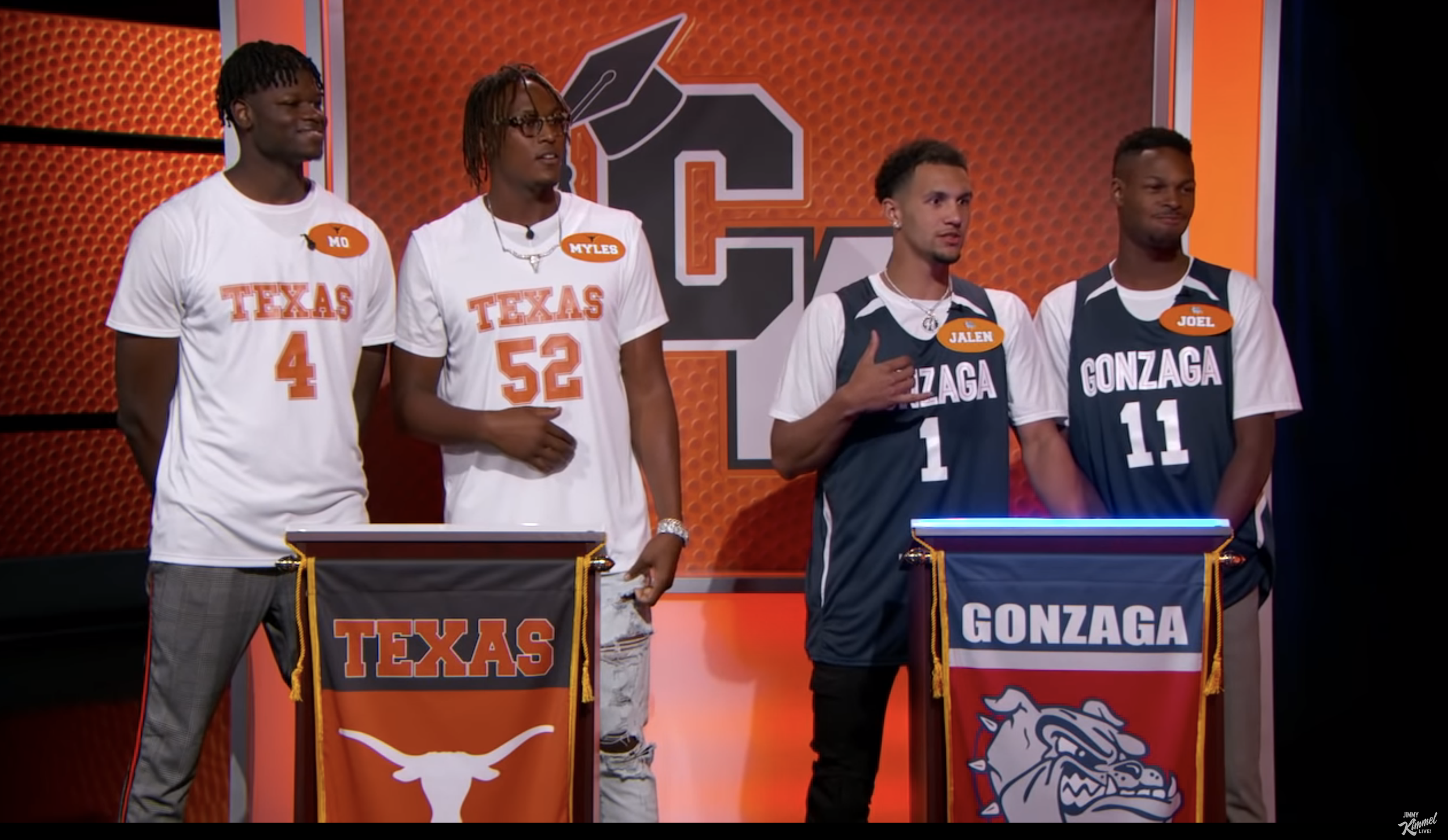 Gonzaga: Jimmy Kimmel’s late-night show knows a good thing when it sees it. And the Zags are a good thing. Jim Meehan shares the show’s latest stunt, a trivia contest that pitted a couple of former GU players, Joel Ayayi and Jalen Suggs, against a couple of Texas ones. Why Texas, we have no idea but the segment seemed fun.

Idaho: As we mentioned above, Theo has this story on Idaho’s national champion boxing team from 71 years ago. … Elsewhere in the Big Sky, Northern Colorado has decided on who will represent it at the conference media day.

Indians: Spokane fell 10-9 last night at Avista Stadium but for the life of me I can’t find Dave Nichols’ story. Or any other story, actually. Eugene’s sixth-run third inning proved to be the difference. 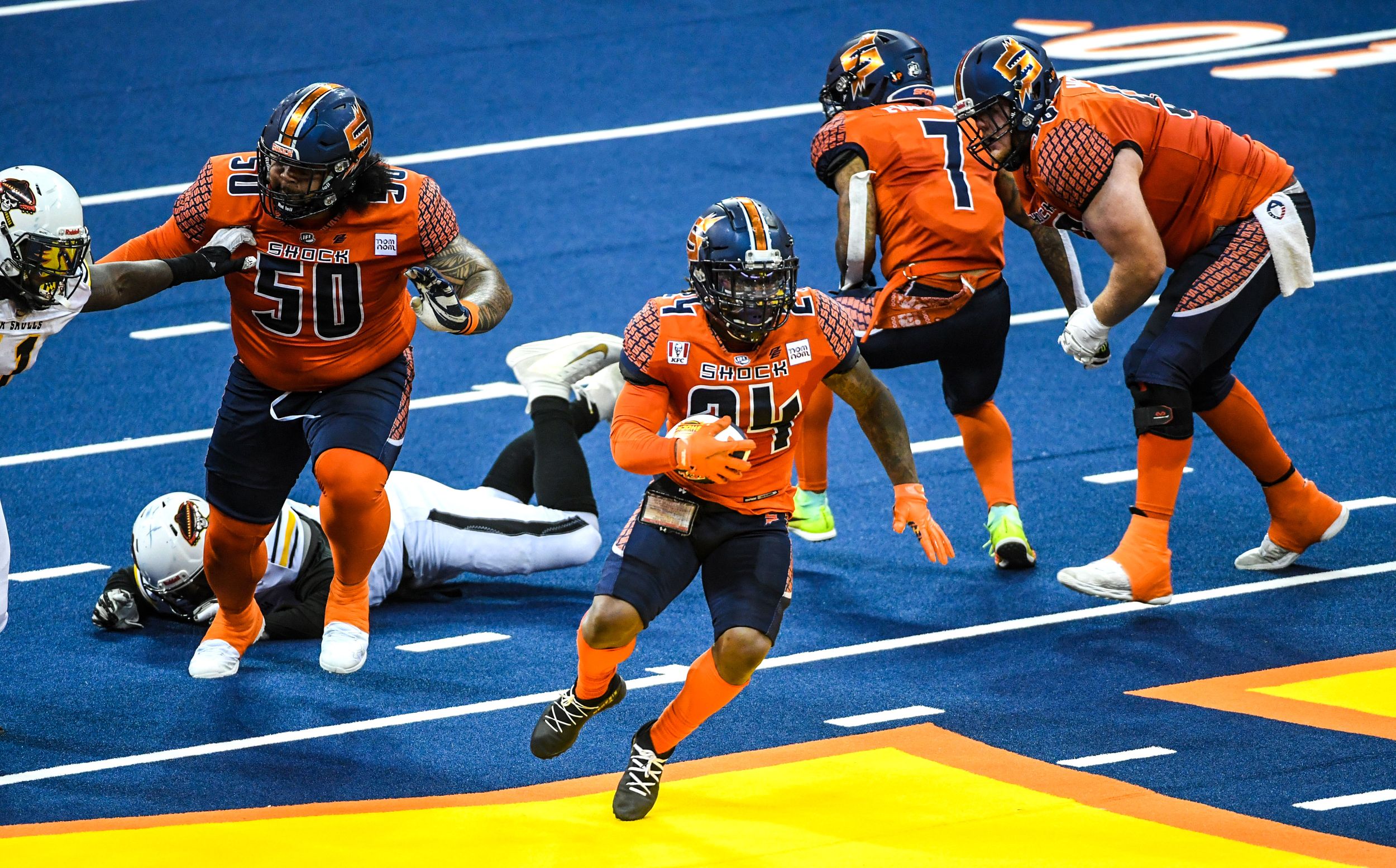 Shock: Another home game, another win for Spokane, this one 45-34 over Tucson. The Sugar Skulls, making their first appearance in Spokane, couldn’t contain Davonte Sapp-Lynch, who rushed for 60 yards and had a kickoff return for a touchdown that was almost that length. Justin Reed has the game story and Dan Pelle adds a photo gallery. … Around the IFL, an Arizona Rattler has bounced back from a bad injury to shine in the secondary.

Mariners: Yusei Kikuchi’s past couple weeks have been a whirlwind. Named an All-Star. Being put in the Covid protocols. Pulling out of the All-Star game. Finally getting to take the mound last night in Anaheim and getting knocked around by the Angels. The M’s lost 9-4. … Jarred Kelenic was able to snap his long hitless streak.

Sounders: Everyone else in the MLS played yesterday – Portland was one of those who won – but Seattle takes the spotlight against Minnesota today. The Sounders will once again be relying on its youngsters to come through.

Kraken: The NHL’s expansion playbook has changed over the years and that helps new teams like Seattle be competitive right off the bat.

Golf: A 62 is a good score any day on any golf course. When you shoot a 62 in the second round of the Rosauers Open Invitational at Indian Canyon it’s actually a great score. Jim Meehan tells us how Colin Inglis did just that to lead the tournament heading into today’s final round.

• If you didn’t get a chance to read the Spokane Chronicle back in the day, you have your chance now. For the past week, the old afternoon paper has been available in an electronic edition on this website. And this feature has been a part of it. A small part, sure, but as Rob Curley’s column today relates, just having an afternoon newspaper, even an electronic one, is noteworthy these days. Until later …