A GRIP ON SPORTS • Sometimes a star explodes onto the sports scene. Other times it’s a quiet emergence. The latter seems to be happening in the world of golf these days.

• Collin Morikawa is 24 years old. And the winner of two major golf titles. How many sports fans, even those who pride themselves on seeing the future in every way, even knew he was a year ago?

The answer to that rhetorical question is either “not many” or “no one,” depending on how generous you want to be. 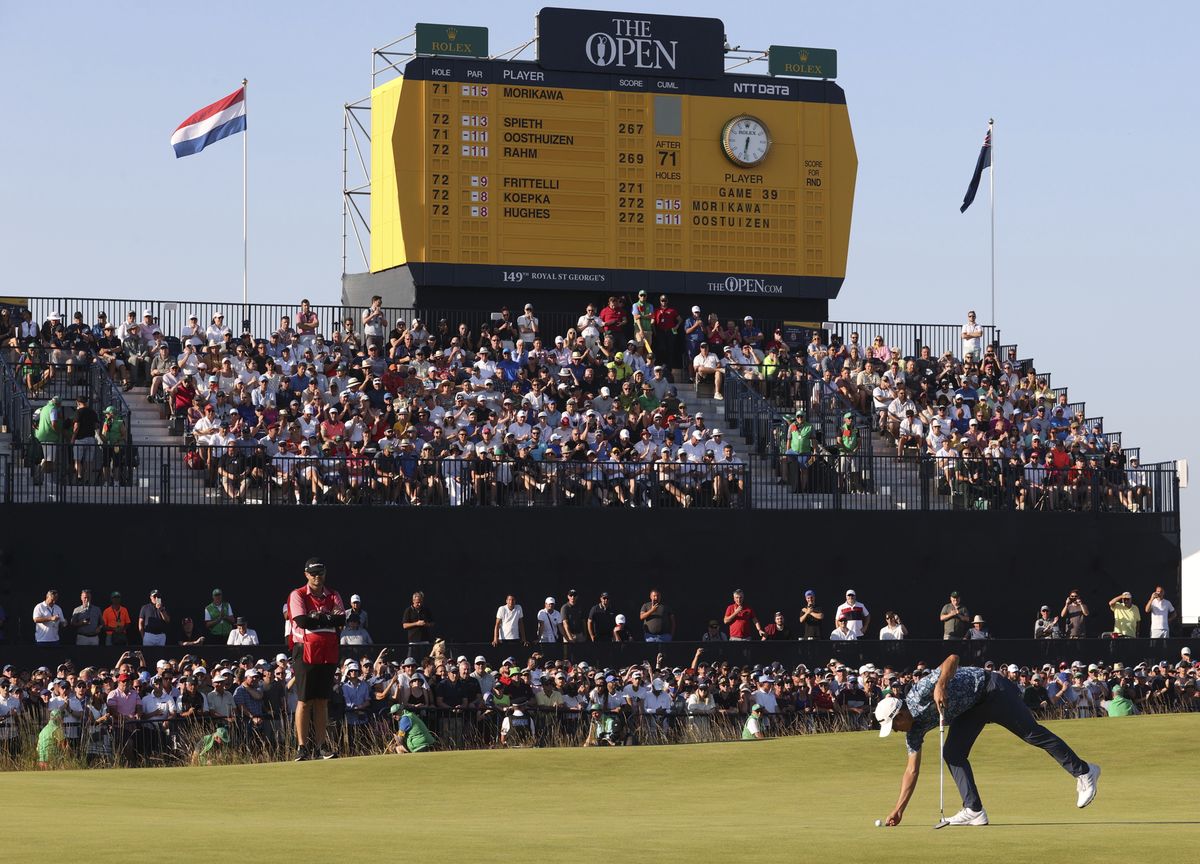 Include his former California golf teammates, you get the former. And maybe there is a special category for the Golf Channel intelligentsia. After that, we’re at a loss.

Yet, there Morikawa was late Sunday afternoon, walking down the 18th fairway in the British Open, holder of a two-shot lead and about to join Tiger Woods in one of those records we only know of because, well, you know, people love records.

They are the only two folks ever to win the PGA and the Open before turning 25. That’s pretty impressive. But how about this? Morikawa also is one of two men to have won two majors in his first eight tries. The other? The British Open’s favorite American, Bobby Jones.

You know, the guy who built Augusta National and started the Masters.

And here is Morikawa, the unassuming Southern California kid, joining that select company. This one was different than his first major title, 11 months ago in San Francisco in the midst of the pandemic. When he won at the Olympic Club, the only spectators were those folks who were working the tournament. The quiet surroundings, those same Golf Channel intelligentsia told us, helped a youngster like him. As did playing on a course he had played a zillion times while at Cal. 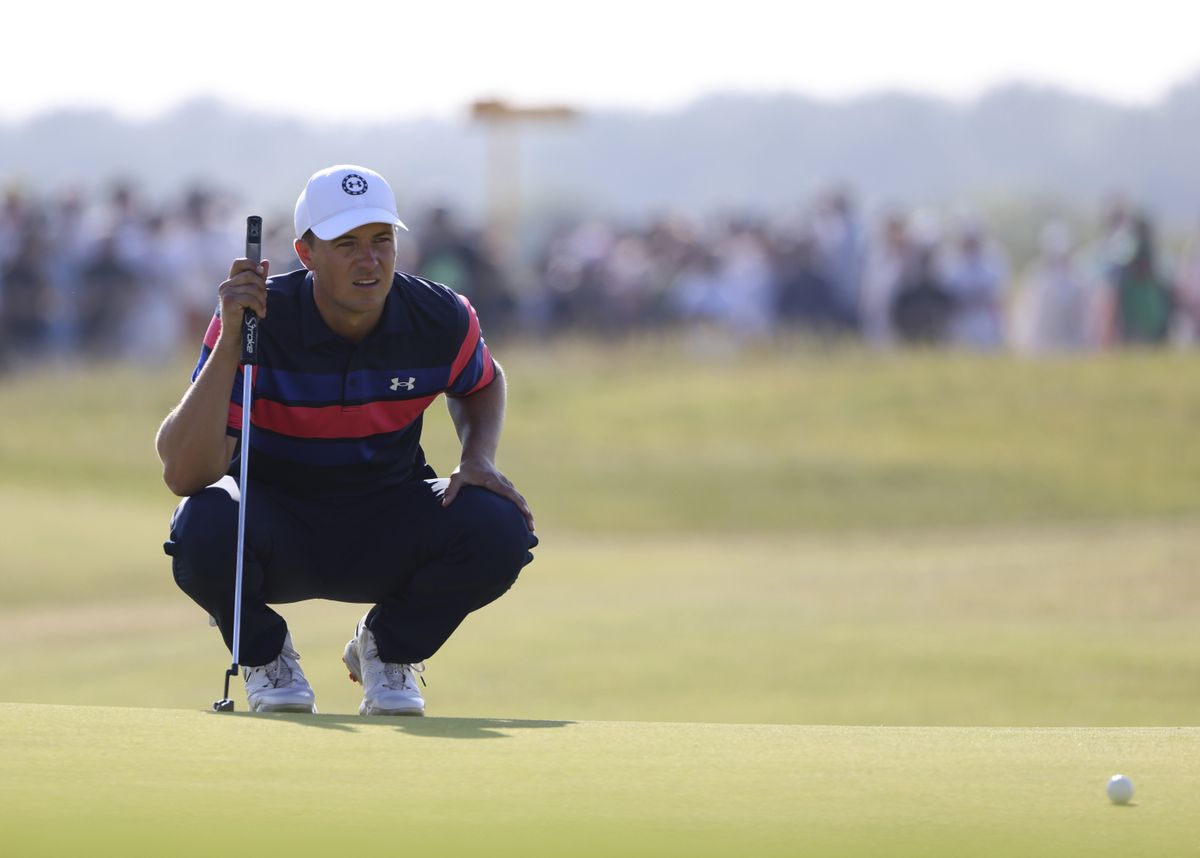 Maybe they were right. But this time there were 30,000 fans in attendance. And not many of them were cheering on Morikawa, who was playing Royal St. George’s for the first time this week. The two men he was battling, Jordan Spieth and Louis Oosthuizen, were more to their liking. Mainly because they knew who they were, as both had won this championship before.

But neither were as rock solid as Morikawa. He found the rights spots off the tee. He hit his irons with precision. And, most importantly, he led the tournament in putting. That’s a winning formula no matter your age.

His final 31 holes, he avoided making a bogey. That’s also part of a winning formula. Royal St. George’s quirky bounces and hidden bunkers never seemed to bother him. In that regard, he seemed twice his 24 years. And like a person destined to win a few more major trophies by the time he is actually 48.

• By the way, Morikawa is also the first person to ever win two majors in his first chance at them.

• While we’re talking golf, we must forget the biggest local tournament of the summer finished up yesterday at Indian Canyon.  Colin – with one “l” – Ingles held off all challengers, amateur and professional, to win the Rosauers Open Invitational.

Our Jim Meehan was there and has this story. Libby Kamrowski was also at the Canyon and adds a photo report.

WSU: Around the Pac-12 and college sports, Colorado’s inside linebackers are part of the reason the Buffs are no longer under the radar. … Utah recruits Texas as well as any school.

Indians: Eugene’s bats were potent throughout the six-game series in Spokane that finished up Sunday. But that doesn’t mean the Indians weren’t in games. Take yesterday for instance. The Emeralds broke out to an early lead, Spokane rallied but finally fell 11-9 in a nearly five-hour, 10-inning marathon. Dave Nichols certainly put in a full day covering the game. 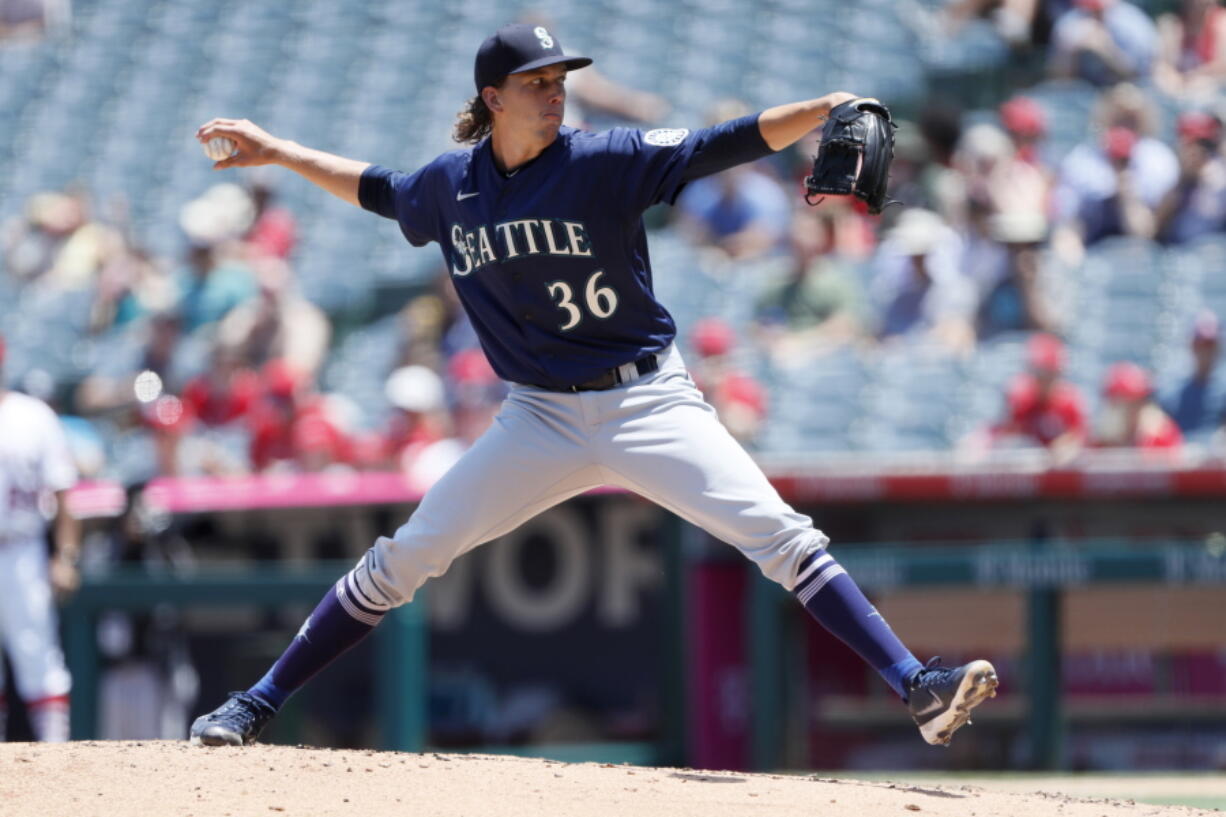 Mariners: If we were in the state of mind to write a long treatise on baseball this morning, we would have spent a bunch of time focusing on Logan Gilbert. We weren’t and we didn’t. But we will say this. Gilbert seems as good as advertised and that’s rare among Mariner prospects. He was tough again yesterday in the M’s 7-4 win in Anaheim. … The virus is showing up again off and on with the M’s. This time it is outfielder Jake Fraley who is headed to the injured list as he’s not only testing positive, he also has symptoms.

Sounders: The unbeaten streak is over. Minnesota scored late and held off Seattle’s pressure for a 1-0 win in Minneapolis. … The U.S. National Team won its Gold Cup group with a 1-0 win over Canada. It’s on to the quarterfinals.

Kraken: Another possible subject this morning if we hadn’t been bludgeoned to near death with computer issues – or I knew a bit more about the NHL? The stars left unprotected in the expansion draft. The list was released yesterday. Seattle has a lot of younger, decent players to choose from.

• We had some real issues this morning. But as my dad used to say, no one wants to hear about the labor pains. All they want is to see the baby. This child arrived late and after a lot of screaming. Until later …