A GRIP ON SPORTS • Fifty years ago we watched, mesmerized, as two Hall of Fame players, Kareem Abdul-Jabbar and Oscar Robertson, led the Milwaukee Bucks to the NBA title. Last night it just took one future HOFer to earn the franchise’s second one.

• Giannis Antetokounmpo’s performance Tuesday night wasn’t just special, it was also the highlight of his career. And we can say with some certainty, it always will be. 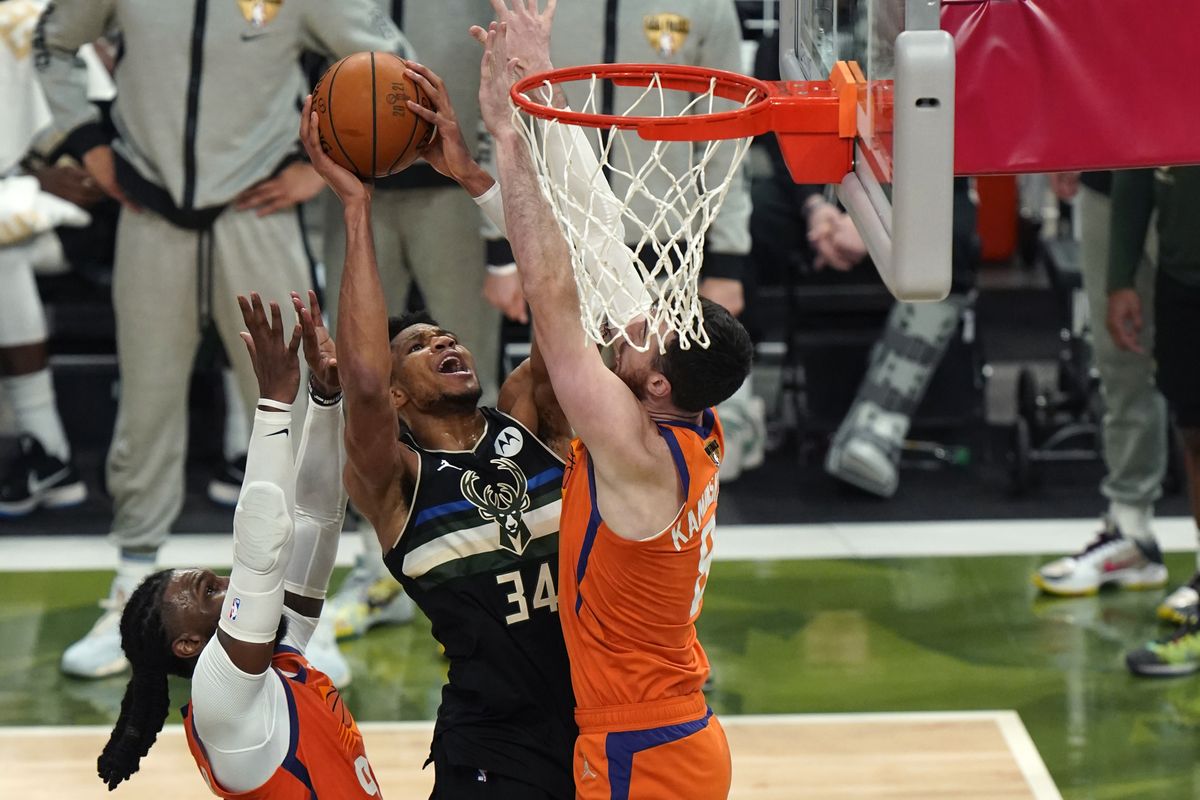 It is the stuff of which legends are made, not just because of the numbers but because of what it brought to Milwaukee.

A championship a half century after the city’s last one.

The performance got us thinking back to 1980, when the Lakers made the finals against Philadelphia, led by a rookie point guard, Magic Johnson, and a veteran center, the same Abdul-Jabbar that had led the Bucks to the title nine years previous. But Abdul-Jabbar was not available for game six that season, so Johnson took his place. Literally. He jumped center. Dominated the middle. And his 42-point, 15-rebound, seven-assist performance cemented the legend that is Magic. And won the Lakers their first of five titles in nine years.

From that point on, Johnson’s name would always be in the conversation among the greatest players ever.

Maybe Antetokounmpo’s should be as well. He’s a little more seasoned then Magic was then, sure, but he was less of a finished product when he entered the league eight seasons ago. Now he’s hit the pinnacle and carried the Bucks with him.

It was a performance for the ages.

• We thought we had a little more time. But we don’t. The Olympics are underway. And the opening ceremonies still haven’t happened yet. 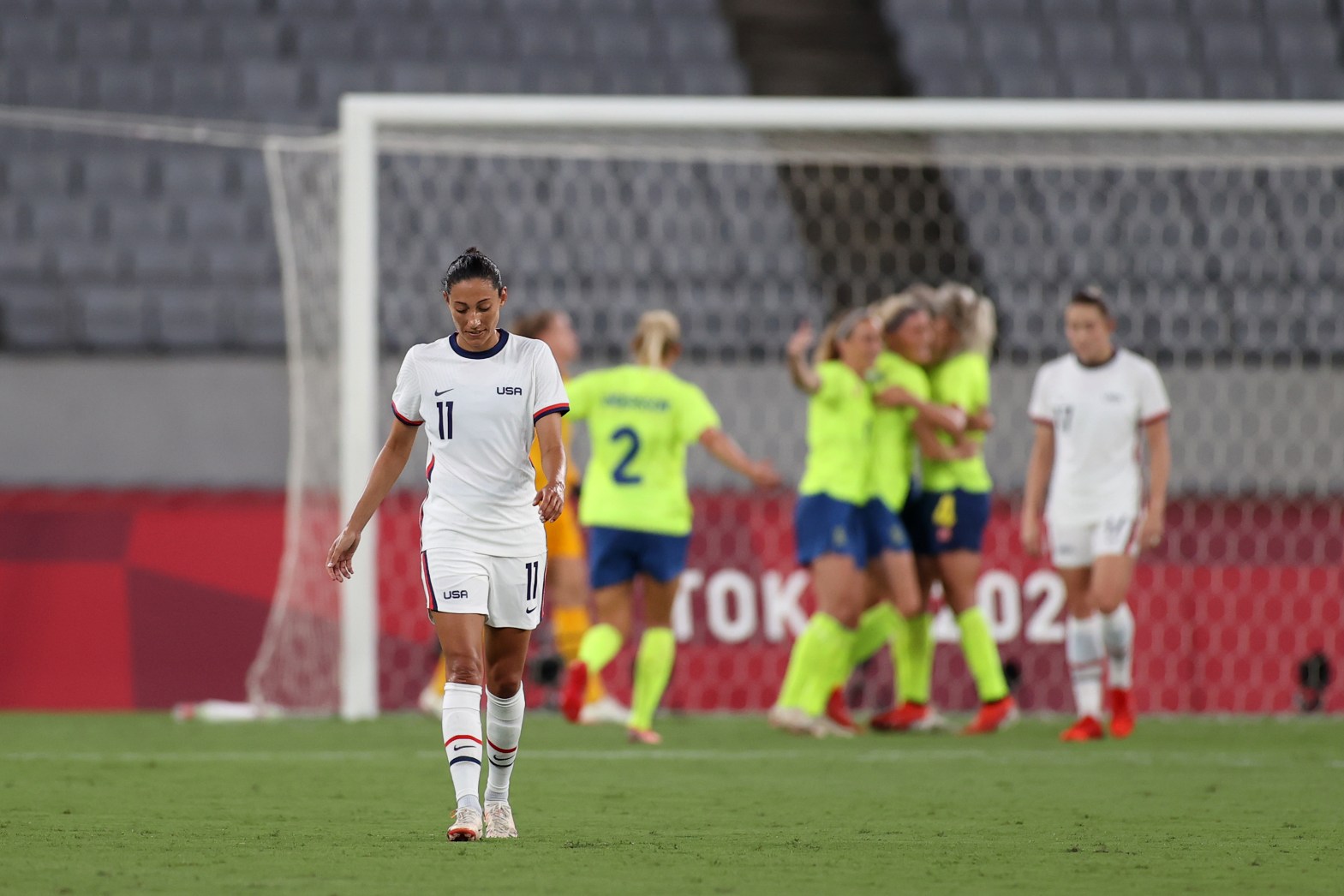 You would think we would remember. But we don’t. Every four years, or five in this case, the Olympics’ first competitions surprise us. The opening ceremonies aren’t really the opening ceremonies, if you know what I mean. Not when the U.S. women’s soccer team has already suffered an ignominious defeat – 3-0 to Sweden – and the softball team has posted a 2-0 win over Italy.

The games – lowercase as opposed to the uppercase Olympic Games – have already started.

• The Kraken will begin to build its roster tonight during the NHL’s expansion draft. And we will begin to see what type of philosophy the organization will have concerning player personnel.

In the past, expansion drafts were basically teams picking up has-beens or never-weres.

Remember the players the Mariners took in the 1976 expansion draft? OK, Rupert Jones was their first selection. Any M’s fan worth their garlic fries would know that. But who was second? (We know, only because we were both alums of UC Irvine and I caught Gary Wheelock once or twice.) Sure, the latter part of the draft included such notables as Julio Cruz and a whole bunch of players who were with Toronto for years, but for the most part back in the day expansion drafts were just about filling rosters.

The NHL has changed that dynamic, starting with Las Vegas’ entry into the league in 2017. The Golden Knights were able to build a roster that made it all the way to the Stanley Cup finals that first season, something unheard of in previous expansion seasons.

Which puts pressure on the Kraken to get it right. Las Vegas’ success has shown it is possible to win right away. Maybe even made it the expected norm. A norm that hangs over Ron Francis and Seattle tonight.

Olympics: As we said, the U.S. women’s soccer team opened the Games with a stunning defeat. Sweden has been its nemesis for a while now and added a little salt to the seeping wound in the opening round. … Could COVID-19 still force an end to the Games? Yes, it is possible. But not likely.

WSU: Around the Pac-12 and college sports, does Washington recruit well enough to contend for a national title? … Stanford has dominated Oregon State recently. … The last Colorado position preview? That would be the safeties. … Arizona State quarterback Jayden Daniels is going to make a lot of watch lists. … Arizona is going to have practices open to the public. … In basketball news, former Stanford coach Trent Johnson has a new gig. … In NIL news, it looks as if the going rate for Alabama quarterbacks is nearly a million dollars.

EWU: The Rams released former Eastern receiver Nsimba Webster on Tuesday. … Around the Big Sky, the conference basketball schedules were released yesterday. We have stories from Montana, Montana State, Idaho State and Weber State to pass along.

Indians: Tri-City scored all of its runs in the sixth inning and edged the visiting Indians 5-4 on Tuesday night. Dave Nichols has all the details in this story. 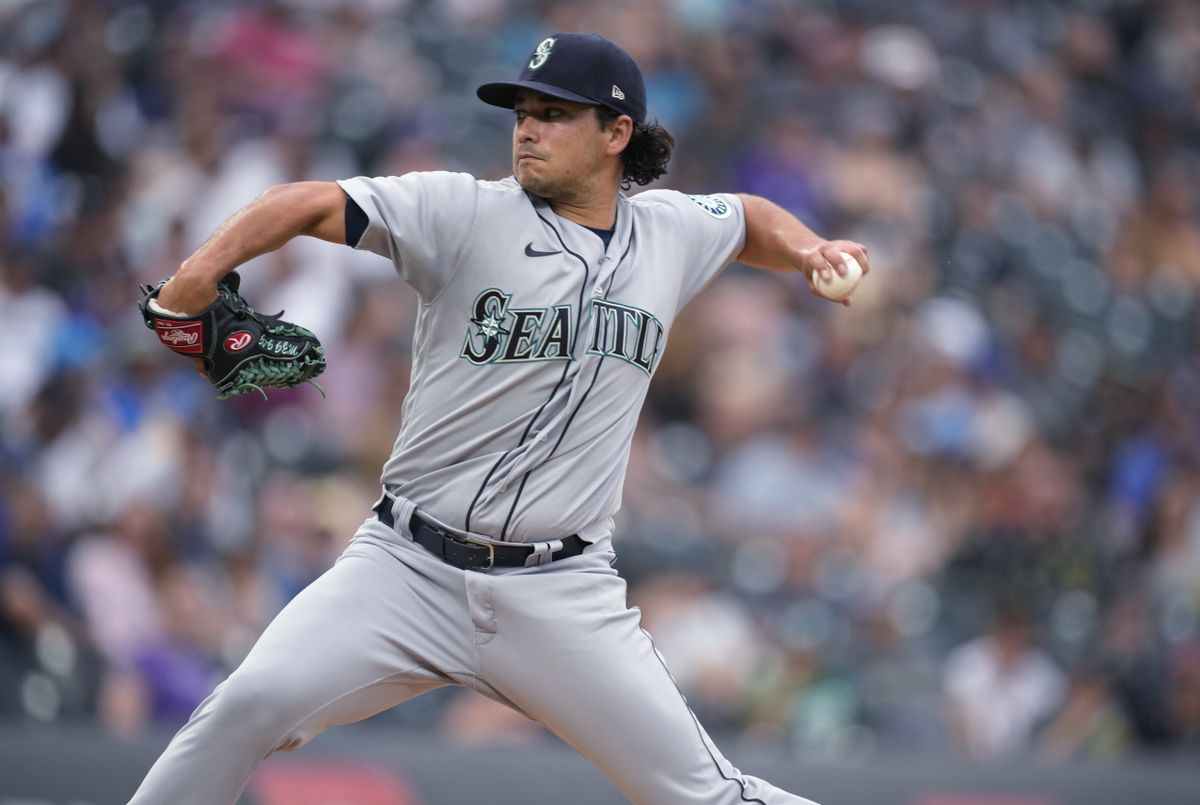 Mariners: Marco Gonzales has been in a funk lately. He snapped out of it last night in Denver, pitching the M’s to a 6-4 victory. … Mitch Haniger was the American League player of the week, prompting more trade speculation. … What if the M’s had decided to keep plugging along in 2019 instead of taking a step back? … Jake Fraley has ticked off Scott Servais.

Seahawks: K.J. Wright may yet return to the Hawks. … The roster countdown continues.

Kraken: There will be some players with local ties available tonight. Dan Thompson lists them in this story. … The draft will be presented from Lake Union, which means the stunning Seattle skyline will also be a star. As will the set. … Who might the Kraken take? Here’s another guess.

Golf: If you love Bandon Dunes, you may love hearing about this. Or not. Who wants the courses to become too popular? Not me.

• We checked in with Antetokounmpo’s performance from time to time last night, but also watched a little Olympic softball and the Yankees’ win. You know, a typical July television night. And yes, that was sarcastic. Until later …