A GRIP ON SPORTS • Forget about all those competitions that have already happened. The Olympics officially begin today. The opening ceremonies are going on as we type. And for the next couple weeks, the world’s eyes will be firmly focused on Tokyo.

• The question is, this time around, whether those eyes will be searching for reasons to celebrate or reasons to worry. After all, this is the first time in the more than 100 years of the modern Olympics the games are being held in the middle of a global pandemic. 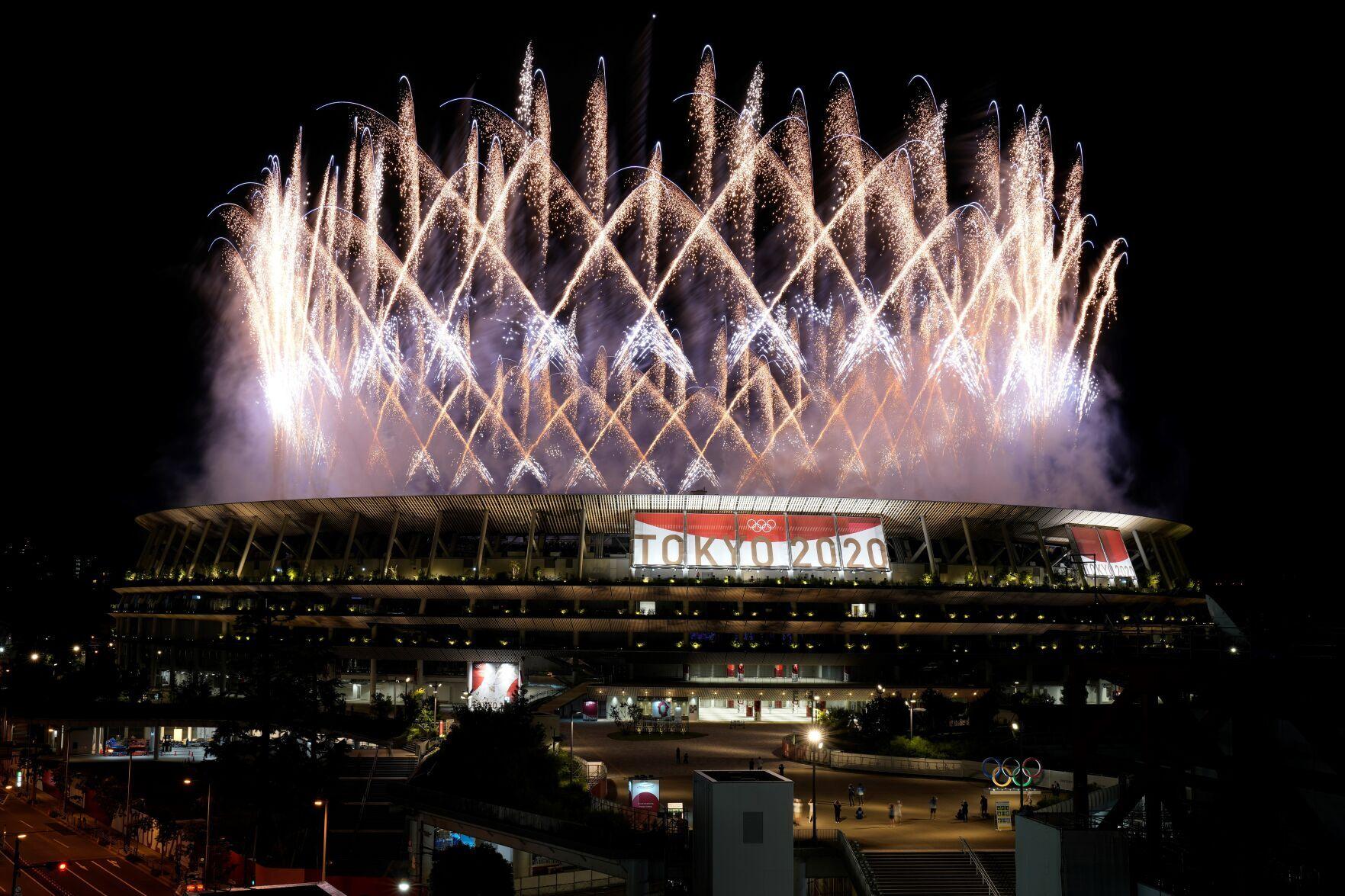 Will we see performances burned into our memories or a superspreader event that burns down any chance the world has of emerging from the nightmare of the past 16 months? Lucky for us, we won’t get the answer to that latter question until the former is addressed.

As athletes from around the world parade into a fan-less stadium, the games have a somewhat normal feel. After all, this is the time for those who have worked their entire life to be there to celebrate the accomplishment. To look around and think “I’ve made it.” Even if the “it” is different than usual.

A few athletes will know that. Those who have been to the Summer Olympics before and, in the U.S.’s case, one who has also been at a Winter Olympics.

One of the two U.S. flag bearers – the Storm’s Sue Bird is the most notable one – has been an Olympic competitor. Only it was in speed skating. In 2014.

This time around, Eddy Alvarez is representing the United States in baseball. He also becomes only the 11th American athlete to have been in both iterations of the games.

Such an accomplishment is worth celebrating no matter the circumstances. Or the down-the-road worries.

• If you want to see the best of Gonzaga basketball this upcoming season, it might behoove you to buy a townhome in Las Vegas. Instead of, you know, buying season tickets to games in McCarthey. 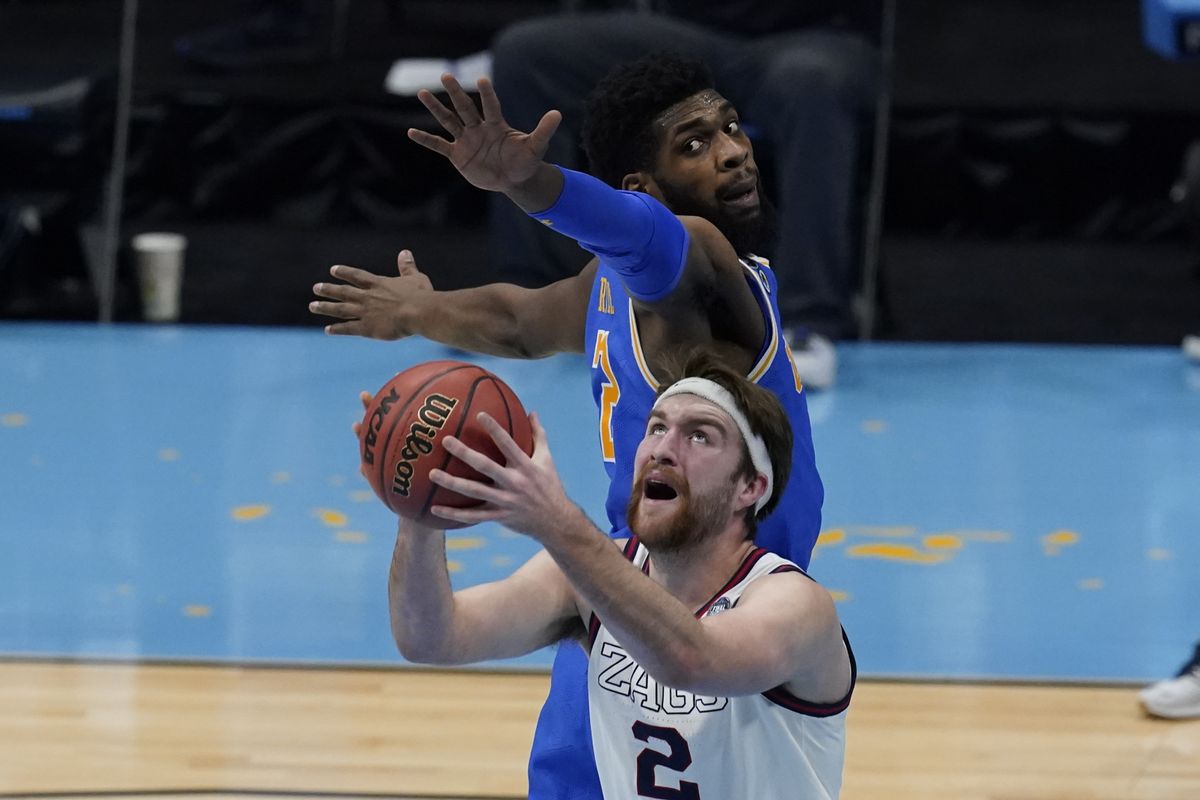 With Thursday’s announcement GU will face UCLA – a rematch of last season’s best game – in Vegas Nov. 23, paired with the previously announced matchup with Duke in the city three days later, the best of Gonzaga’s nonconference schedule is in Nevada.

Unless, of course, neither Texas (set to visit Spokane Nov. 13) nor Alabama (Dec. 4 in Seattle) rise to the top of the polls.

Add in a game with Texas Tech on Dec. 18 in Phoenix, and the Zags’ pre-WCC schedule is the best it has ever been. But, besides Texas, the teams visiting McCarthey aren’t among the biggest challenges. So mortgage the house, pack your bags and hit the roads. It should be worth it.

• The Mariners started their season-defining showdown series with the Oakland A’s last night the way they started this season. With a whimper.

The offense not only disappeared against Sean Manea, the M’s seemed to refuse to make contact. The A’s left-hander struck out a career-high 14 in Oakland’s 4-1 victory.

By flashing back to their early season hitting woes, the M’s wasted another outstanding start from Chris Flexen, who may be the best off-the-trash-heap pickup Jerry Dipoto has ever made.

Now if he can find another bat or two before the end of the week, that would be nice.

Olympics: As we said, the opening ceremonies are going on as we write. You’ll be able to watch them tonight in prime time. … The number of athletes who have had to drop out due to COVID-19 continues to grow. 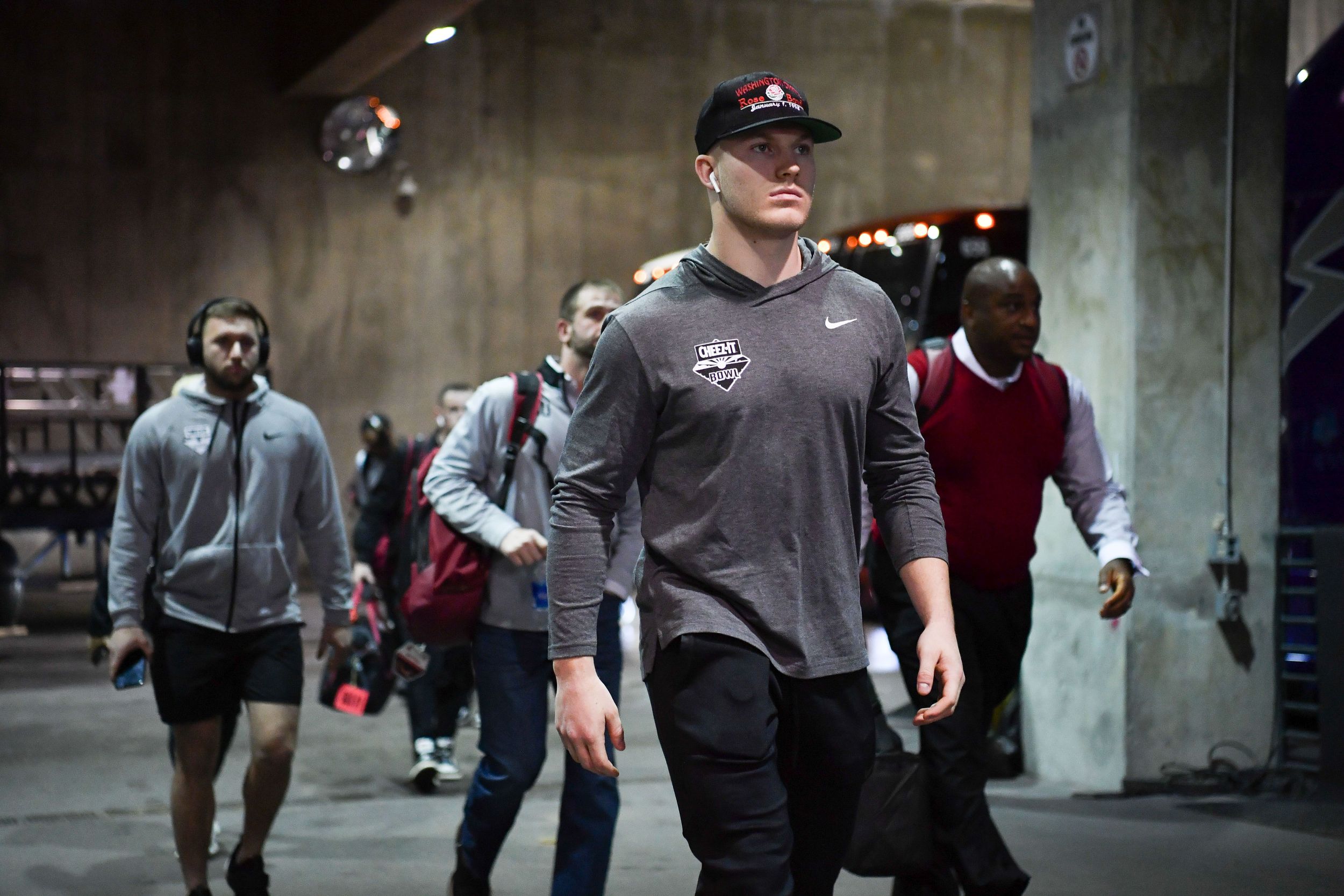 WSU: You want the good news first? OK. Max Borghi, named to the Biletnikoff Award watch list yesterday, is also available for rent. You can buy a Cameo from Borghi and all the proceeds will go to his offensive line. Not only is the running back talented, he’s smart too. Theo Lawson has both stories. … The fallout from Nick Rolovich’s decision not to be vaccinated boiled over a bit Thursday. Our Greg Mason delved into the WSU policy and that of other local universities as well as talking with Washington State faculty about Rolovich’s decision. … Elsewhere in the Pac-12 and college sports, commissioner George Kliavkoff told ESPN yesterday the conference is considering a forfeit policy similar to one the NFL instituted this week. Of course, unlike the NFL, there will be no forfeiture of pay because the players don’t get any. … Is realignment going to happen again? And if it does, could the Pac-12 actually benefit? The Pac-16 does sound pretty cool. … The Biletnikoff Award watch list includes a player from Oregon. … Oregon State will be going for consecutive wins against the Ducks. … It’s time to run down Colorado’s opponents. First up, Northern Colorado. … Kedon Slovis has a chance to make some money. … Herm Edwards is under some heat as an investigation of the Arizona State program continues. … In basketball news, Oregon gave Dana Altman another year on his contract. … Oregon State has a player with a strong background. … Arizona added an alum to its staff.

Gonzaga: We mentioned the scheduling news from yesterday. As per usual, Jim Meehan was all over it. … Alek Jacob was happy to hear his phone ring. And when the call came from San Diego, he was even happier. Justin Reed has the story of the Zag pitcher’s draft day.

Preps: It’s not often there are two former Spokane high school players in the majors at the same time. And when two – Ferris’ Andrew Kittredge and Mt. Spokane’s Drew Rasmussen – end up pitching on the same team, that’s really out there.

Indians: Tri-City scored in the bottom of the ninth and edged visiting Spokane 2-1 last night. Dave Nichols has more in this game story. 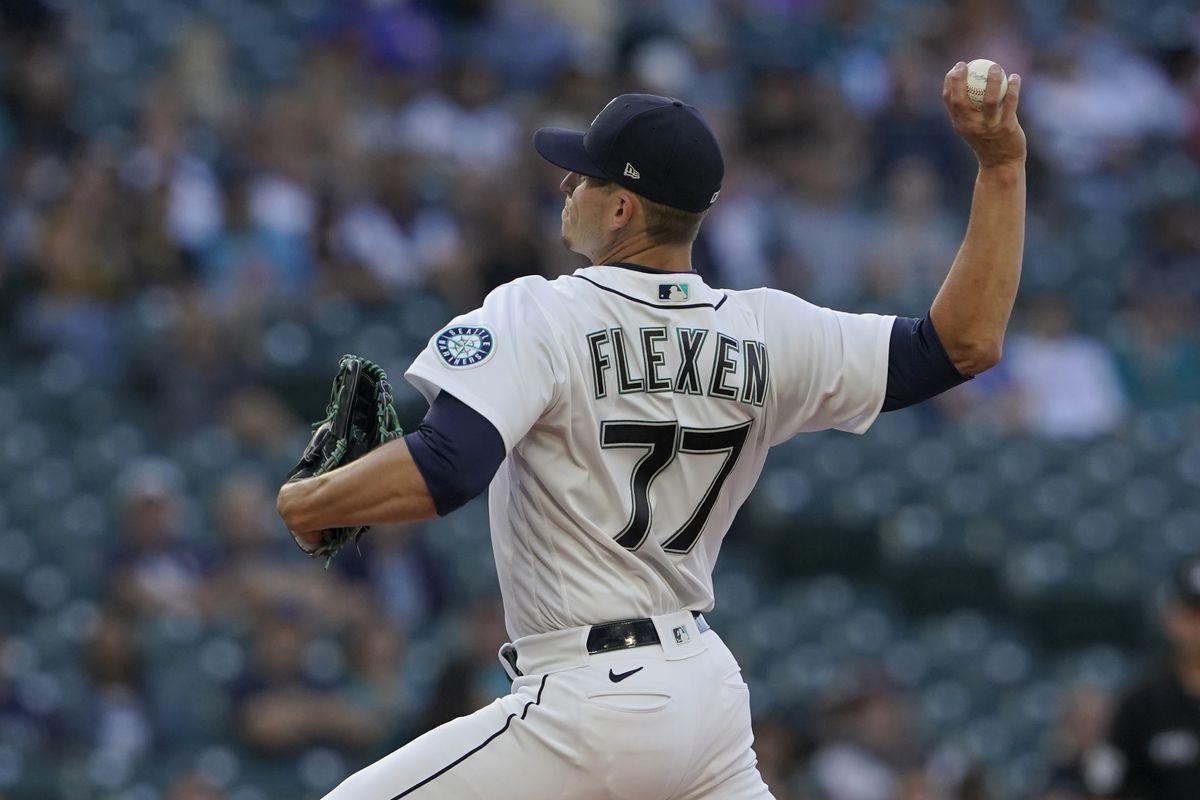 Mariners: We mentioned the 4-1 loss above. If the M’s fail to gain ground this week, will Dipoto start looking to next season? … Darren McCaughan will have a role in this one, no matter what, after his pitching debut in Colorado. He’s part of the reason the M’s returned home smiling.

Sounders: Raul Ruidiaz has tried it before. He’s tried to catch the keeper off his line with a long drive. Last night in Austin it worked. And Seattle took a 1-0 decision in a match it played five teenagers.

Kraken: Seattle built a foundation with the expansion draft. But more roster work needs to be down. … The next phase is another draft, this one of the youngsters. … The schedule isn’t easy, partly because the franchise had to build in some extra time on the road to make sure its arena is done.

Seahawks: The roster countdown continues. … The NFL’s COVID-19 vaccination policy is drawing fire from some players. But the players’ union is on board.

• We’re early today because we are in Las Vegas ourselves. If that sounds a bit counter-intuitive, we get it. But we’re not here to be out late gambling or to get in line for Gonzaga tickets. Nope. We’re here for the early morning basketball games. Though late-afternoon ones are better. Until later …