After nearly three decades with the storylines and characters at the heart of his “Newirth Mythology,” local author Michael Koep is one major step closer to sharing the series with fans in a new medium: television.

“When the first book was published, I always knew that I wanted to see it make it to the screen,” said Koep, a Coeur d’Alene native.

After a series of surreal and traumatic events, psychologist Loche Newirth finds himself hunted when he stumbles across a painting that opens a window to the afterlife. Mysterious forces gather on all sides seeking to control the art, chasing Newirth from the relative security of Upper Priest Lake across time and space. Impossibly lost, Newirth begins to record his experiences in hopes that his mentor, Dr. Marcus Rearden, might interpret the revelations he is struggling to bear.

At first, Koep experimented with the idea of writing the screenplay himself but soon decided he’d much rather bring together a team of specialists because screenwriting, he said, is “a whole different set of skills.”

Over the past year, Koep has onboarded a production team including director Lisa Demaine (“Lucifer”) and writer and producer George Strayton (“Oktober Faction”). Although the project is still in the early stages of development, showrunners hope to begin shooting in August 2022.

Strayton fell in love almost immediately when a friend called with a one-sentence description of the series.

“Before the call was even over, I was on Amazon ordering the books … and now I own about 15 copies,” he said, explaining how before the day was out, he’d also purchased the digital and audio versions. “I couldn’t put it down. It’s really rare to come across something that’s such, to me, a masterpiece that has not already been made.”

From the start, Strayton felt drawn to the main character, Loche, a therapist with the heart of a poet intent on healing the world.

“I wanted to go on this journey with this character discovering his own artistry within him,” he said. “Because he doesn’t realize it, but his poetry has the ability to change the world. And … I believe in that, that the arts do change the world.” 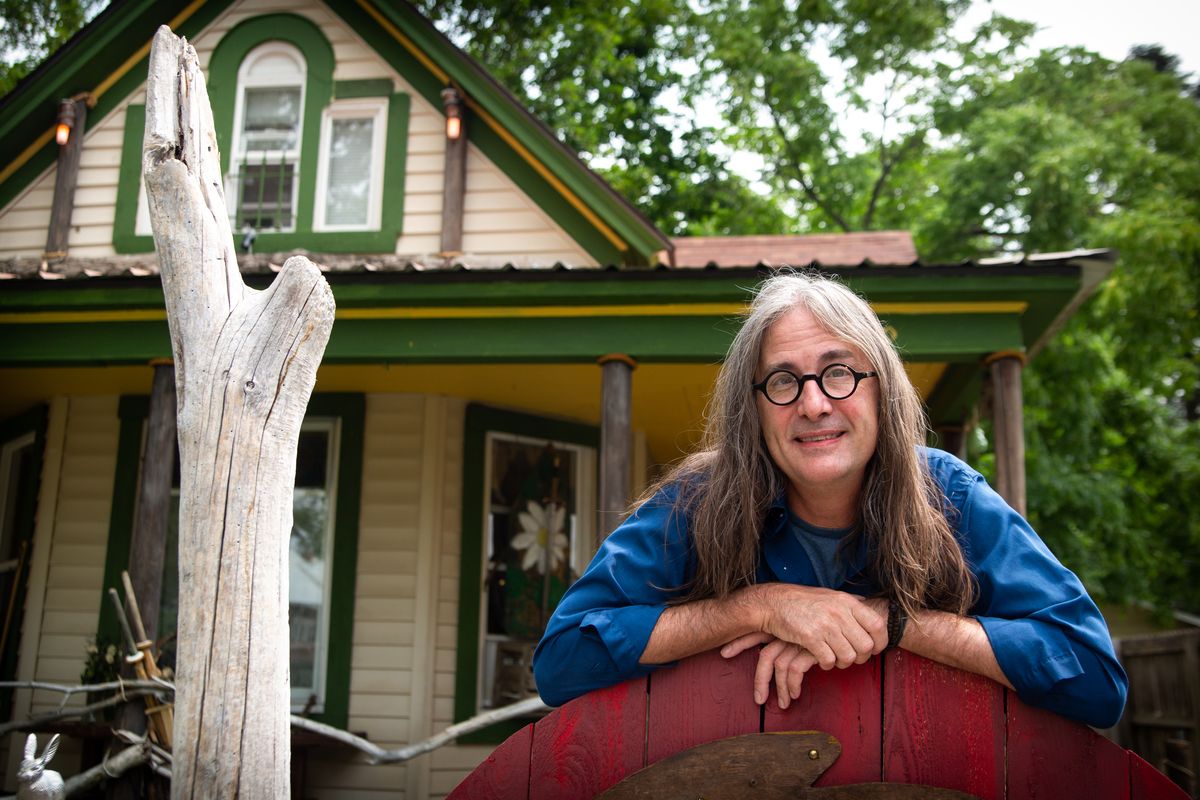 Born and raised Coeur d’Alene author Michael Koep is something of a modern-day Renaissance man — he is well-versed in writing that includes poetry, sound engineering and music as well as archery. Koep’s trilogy, The Newirth Mythology, is being adapted for a television series. (Libby Kamrowski/ THE SPOKESMAN-REVIEW)

Koep flew down to Los Angeles shortly after the team’s first brainstorming session to meet with Strayton and start “mining” the text.

“We sat there and drank vodka sodas all day long, then met the next morning and did the exact same thing – nonstop talking,” Koep said.

“As an author, you seldom find somebody who you can pass your infant to and go, ‘You’re in good hands,’ ” he said. “And that’s what it feels like.”

This past month, Koep was able to bring Strayton up to the Inland Northwest to begin plotting possible shoot locations for the TV adaptation. So far, the team has visited sites in Sandpoint, Coeur d’Alene and Upper Priest Lake.

The choices, they explained, will come more into focus this fall and winter, but one location has been more integral than any other. Koep found the spot – a patch of land only reachable by boat in Upper Priest Lake – just after publishing the trilogy.

“At the mouth of the thoroughfare, since the mid-’90s, there’s been a little cabin out there that I have always thought of as Loche’s, where he writes, and he goes a little bit mad and yet doesn’t,” Koep said.

Then last year, boating past the cabin, one of Koep’s producers said, “Why don’t you leave a copy of the trilogy for them? See what happens.”

“So I grabbed a box set, wrote a little note and tiptoed over to drop it on the porch,” Koep said. “Three days later, I’m getting this animated phone call, starting a relationship with the person that owns ‘Loche’s cabin’ … and guess what? We’re staying there tonight.”

Koep’s “Newirth Mythology,” beginning with “The Invasion of Heaven,” is available at Auntie’s Bookstore.