A GRIP ON SPORTS • Many days during the summer there is little to discuss in this space. Folks, this isn’t one of those days.

• There is so much to chat about, in fact, we spent some time lying in bed overnight trying to figure out which subject to tackle first. And which subjects to tackle at all. The final decision came down, as it always does, to which matter the most to you. At least our perception of that. 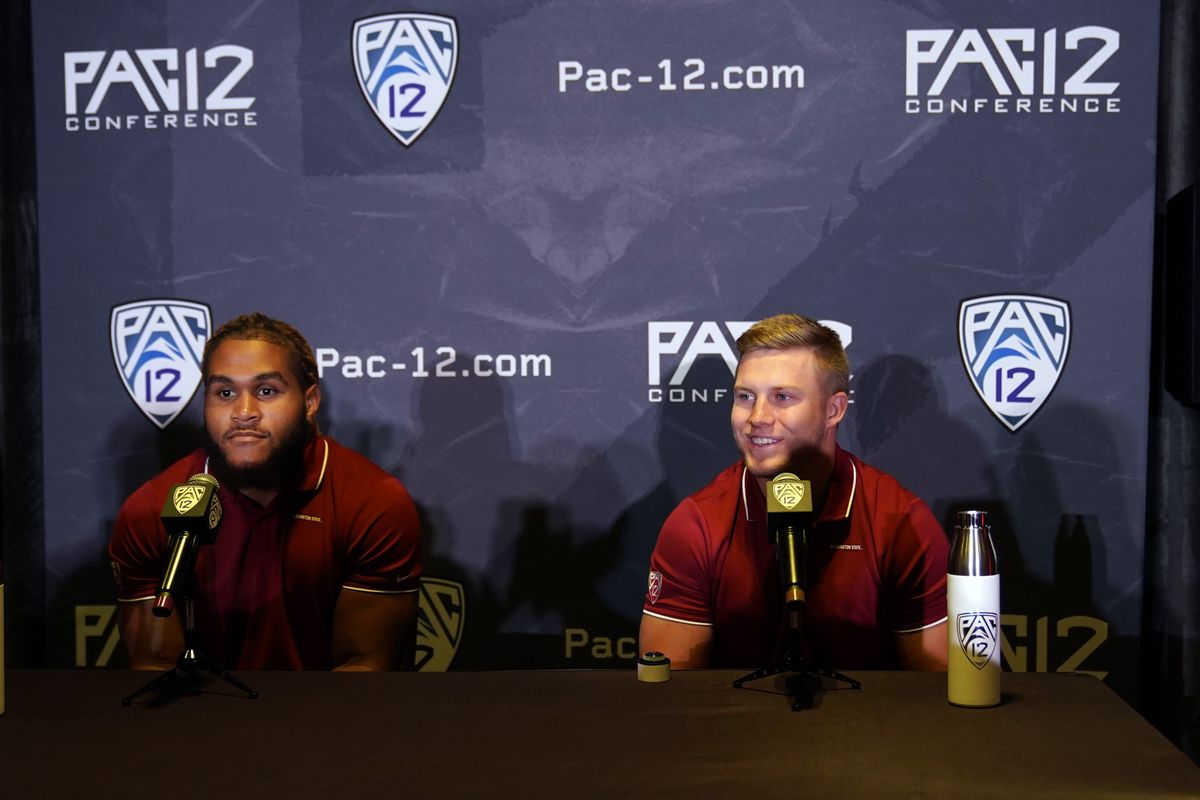 So we start with Washington State and the Pac-12 football media day.

Where the Cougars were picked to finish last in the North. And a little time had to be spent worrying about the school’s future within a conference landscape that continues to change. All the while the conference’s football coaches spoke about the nation’s ongoing – and once-again worsening – COVID-19 pandemic and bragged about their team’s vaccination rate.

All but one, that is. Washington State’s Nick Rolovich tried to point out the Cougars were moving along the vaccination trail, but he kept getting sidetracked by ornery varmints asking about his decision not to join some 75 percent of the team – so far.

On a day most schools were celebrating their players being named to the preseason all-conference teams – WSU had Max Borghi and Abraham Lucas on the first team – or their chances to win the title, the Cougars were dealing with an issue that seems contradictory to the mission of the university. An issue that has wrapped the school in an unnecessary veil of smoke the past week or so. 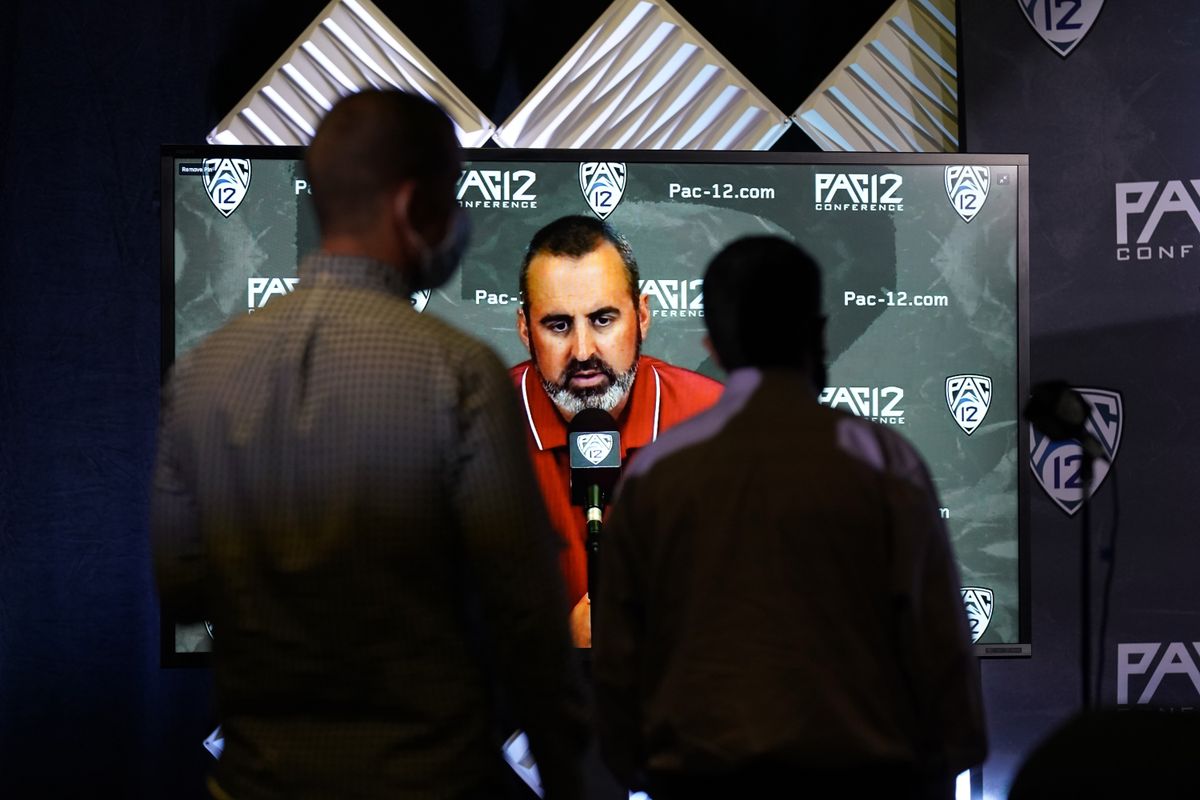 Athletic director Pat Chun was in Hollywood (unlike Rolovich, who had to attend remotely due to his decision not to be vaccinated), mainly, it seemed, to offer damage control.

“Everyone in and around WSU follows the science,” he told Theo Lawson. “We know vaccines are safe, they’ve proven effective, we know 99 percent of those hospitalized with COVID illnesses are unvaccinated. We urge all Washingtonians to get vaccinated.”

Everyone would seem to include his football coach, so he’s obviously letting us know Rolovich has a scientifically based reason behind his decision. Which is fine. Sadly, there are some folks who can’t take the vaccine, even if they want. And it’s the responsibility of the rest of us to help them stay safe. By following the science.

With that in mind, we anticipate Rolovich modeling the safest behavior while leading the Cougars, from doing his best to keep his distance and mask when needed, to, you know, not blowing an air-horn among a crowd at an Indoor Football League game.

After all, everyone at WSU follows the science.

• Enough of that. Let’s turn our attention to the little franchise that couldn’t.

Explain to me again why we suffer through year after year of unsuccessful Mariner seasons? Masochism? Gullibility? Habit?

Two nights ago, the M’s rallied for one of the most exhilarating wins in franchise history. Down 7-0 early, they just didn’t quit and ended up riding a Dylan Moore grand slam to an 11-8 victory over the hated Astros.

Oh, yes. The Astros. The team that cheated to win a World Series. The team that just happens to be in first the M’s division, the American League West. And Jerry Dipoto’s recent trading partner.

After a win like Monday’s, one would have expected Dipoto to swing a deal. A deal that would have boosted the Mariners’ chances to make the postseason for the first time in a couple decades. Instead, Dipoto sent the club’s successful closer, Kendall Graveman, across the field, bolstering Houston’s chances while getting in return an infielder, Abraham Toro, who is seen as a possible replacement for Kyle Seager. Next year. When the franchise cuts the veteran third baseman to save his salary.

The reaction in the M’s clubhouse? They basically called it something Toro’s namesake would do in a field. Their anger, as passed along in Ryan Divish’s story, seemed palpable.

And out here among the fans? If social media is any indication, they aren’t happy either. Even considering Dipoto said the move was just the first in a series and then made that ring true by trading for a starting pitcher – Tyler Anderson – later in the day.

Toro did his part to help Dipoto’s cause by crossing the field, putting on an M’s uniform and hitting a two-run pinch-hit home run. But like the perception of Tuesday’s trade, it may be too little, too late. 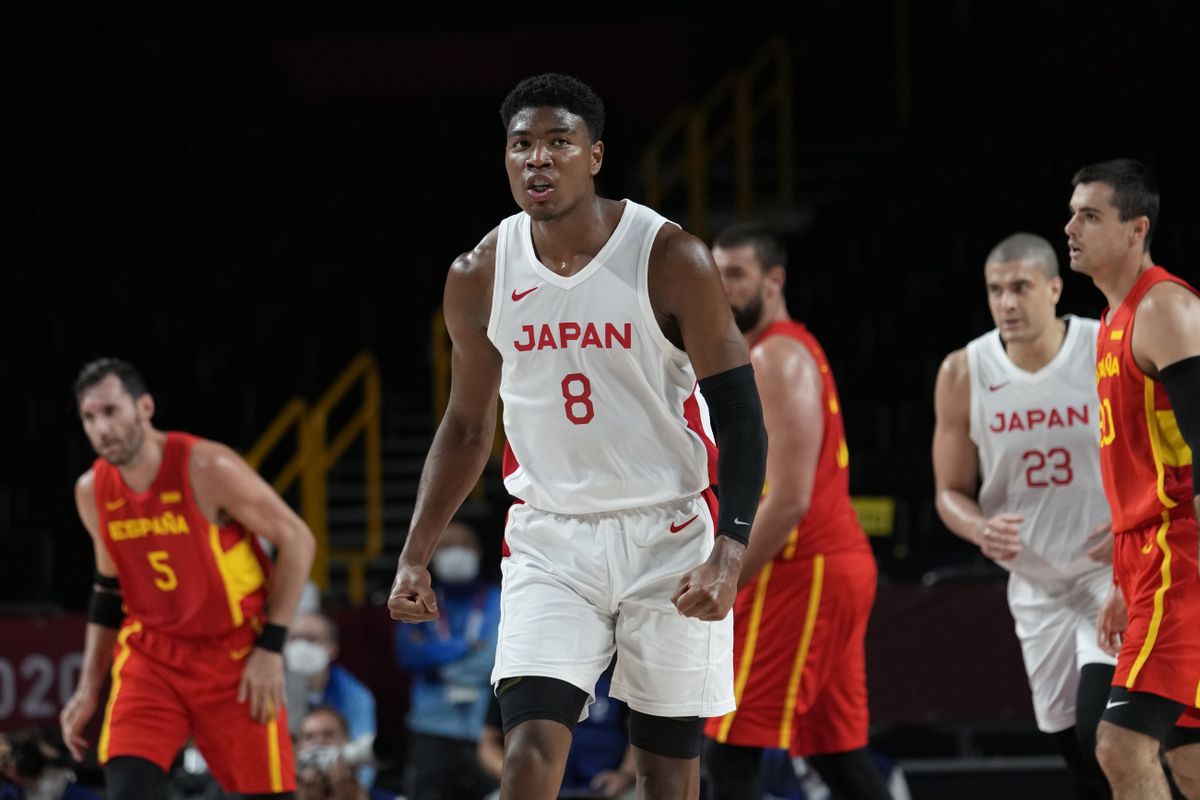 Olympics: There are many days the Simone Biles’ news, capped this morning by the announcement she won’t compete in the all-around competition, would have been the focus of the column. … We mentioned yesterday Japan defeated the U.S. 2-0 to win the softball gold medal. But there was more to it. … The swimming finals never disappoint, even when someone like Katie Ledecky is disappointed. … Rui Hachimura is one of Japan’s most visible athletes in a troubled Olympics. 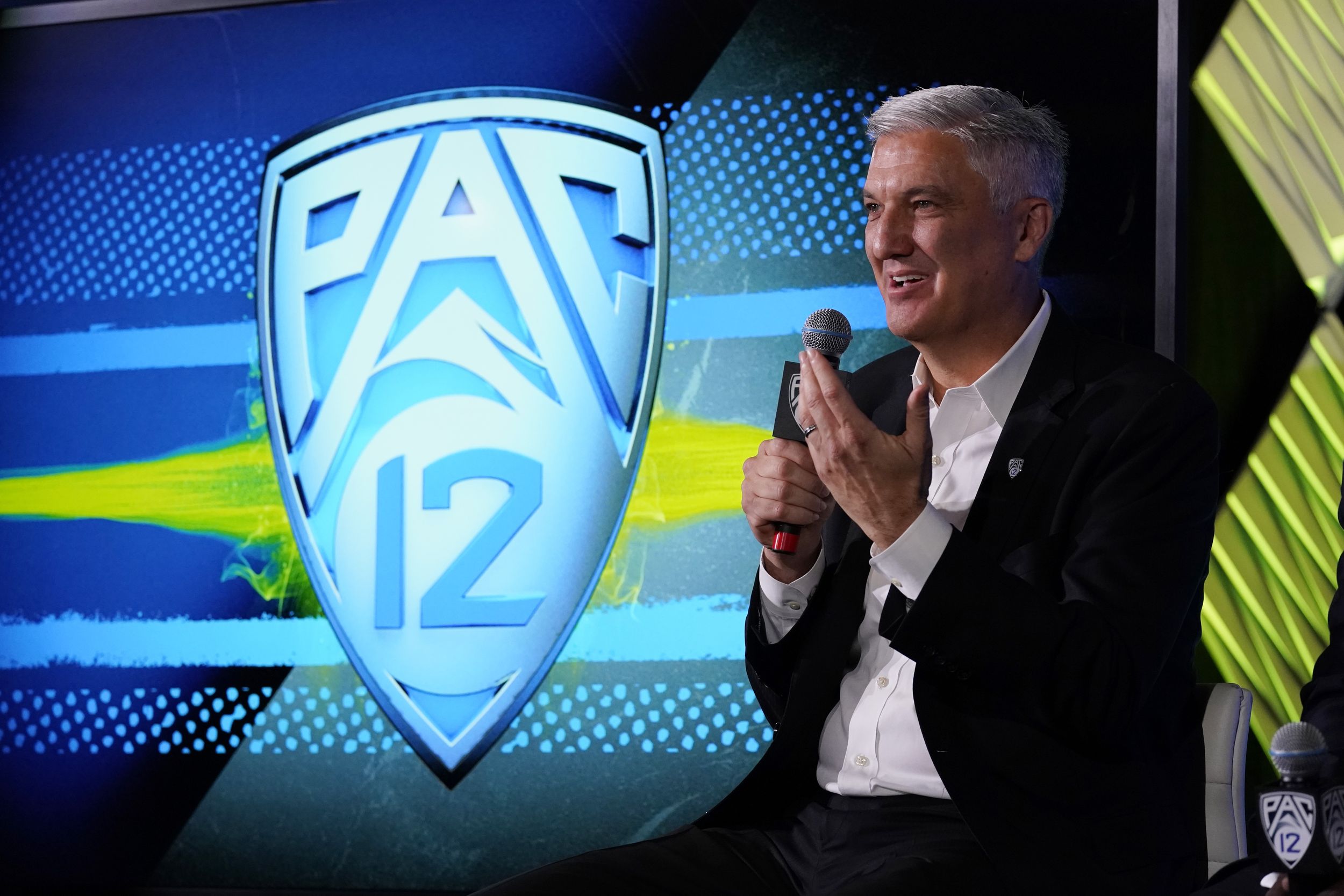 WSU: Theo made the trek to Hollywood – I’m sure he would have been happier watching the Giants defeat the Dodgers a few hundred miles north – to cover the media day. He wrote on Rolovich’s appearance. He shared a transcript of everything the coach said. And he put together a notebook of interesting items, including realignment and the conference. … We linked these stories yesterday, about the preseason polls and another honor for Abraham Lucas, but we wanted to link them again. … Shawn Vestal weighed in with his opinion of Rolovich’s decision. … Elsewhere in the Pac-12 and college sports, realignment, and commissioner George Kliavkoff’s thoughts about it, seems to be the No. 1 story from yesterday’s festivities. The conference seems to be in a wait-and-see posture. … We have stories to pass along from just about every school in the conference. We’ll start with Washington, with Jimmy Lake bragging about the Huskies’ vaccination numbers. But second behind Oregon? That didn’t go over well. … Oregon State still needs to decide who will start at quarterback. … Oregon is expected to win the conference title. The Ducks will need to be healthy for that to happen. … Utah was picked to finish second in the South. Does that make the Utes an underdog? … There aren’t huge expectations for Colorado. Still, the Buffs expect to exceed them. … California’s Chase Garber might be able to cash in, especially if the Bears can cash in too. … Stanford needs a defensive lineman to step up often. … Is this the year UCLA finally moves up the standings under Chip Kelly? … Kedon Slovis is ready to take the next step for USC. … Arizona State’s NCAA issues have cost the Sun Devils an assistant coach (for now) and maybe more (later). … There is a new vibe at Arizona and Jedd Fisch is the reason.

Indians: Another home game, another come-from-behind victory for Spokane. Dave Nichols has the story about the latest one, 8-6 over Vancouver. 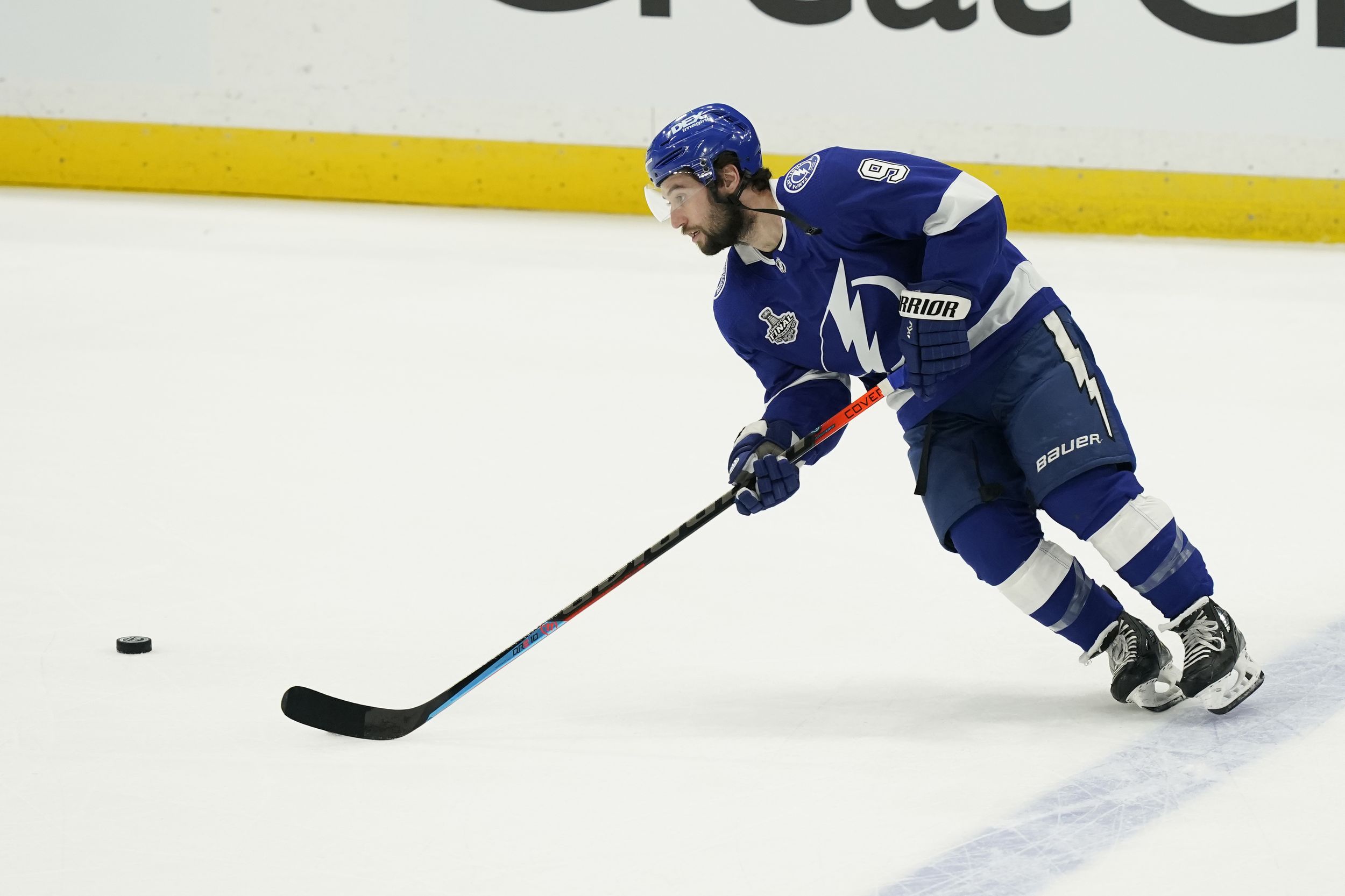 Chiefs: Tyler Johnson is headed to Chicago. The former Chief has been traded from Tampa Bay, which he helped win two Stanley Cup titles, to the Blackhawks.

Mariners: The trade was the big news from Tuesday but the game also mattered, of course. … Larry Weir spoke with a Keith Osso and Alyssa Charlston about the M’s and other subjects in the most recent Press Box podcast. … The Mariners made a front-office hire yesterday as well.

Seahawks: The roster countdown continues to its logical conclusion. … Training camp is about to open. Jamal Adams will be there. … Aldon Smith should be as well.

• We mentioned our frustration Tuesday with how NBC has decided to broadcast these Olympics. Today we pass along this story on the ratings. It seems many of you agree with me. It’s not a lot of fun to watch the games this way. Until later …