A GRIP ON SPORTS • There is something important about heading home. Whether it is from vacation, as we are doing, or from years away, as we hope Corey Kispert will be able to do some day, it is special.

• There is no doubt the birth of the Seattle Kraken was a watershed moment in the State of Washington’s athletic history. The NHL is one of the nation’s four most important professional leagues and, after years of discussion, hockey is part of the Northwest landscape. But it also underscored what is missing. What has been lost. What needs to return.

In 1979, the Seattle SuperSonics won the NBA title. Gus Williams. Dennis Johnson. Jack Sikma. Fred Brown. Paul Silas. Lonnie Shelton. A team for the ages. In the 1990s, the Sonics had Shawn Kemp and Gary Peyton. And a Finals loss to Michael Jordan’s Bulls. 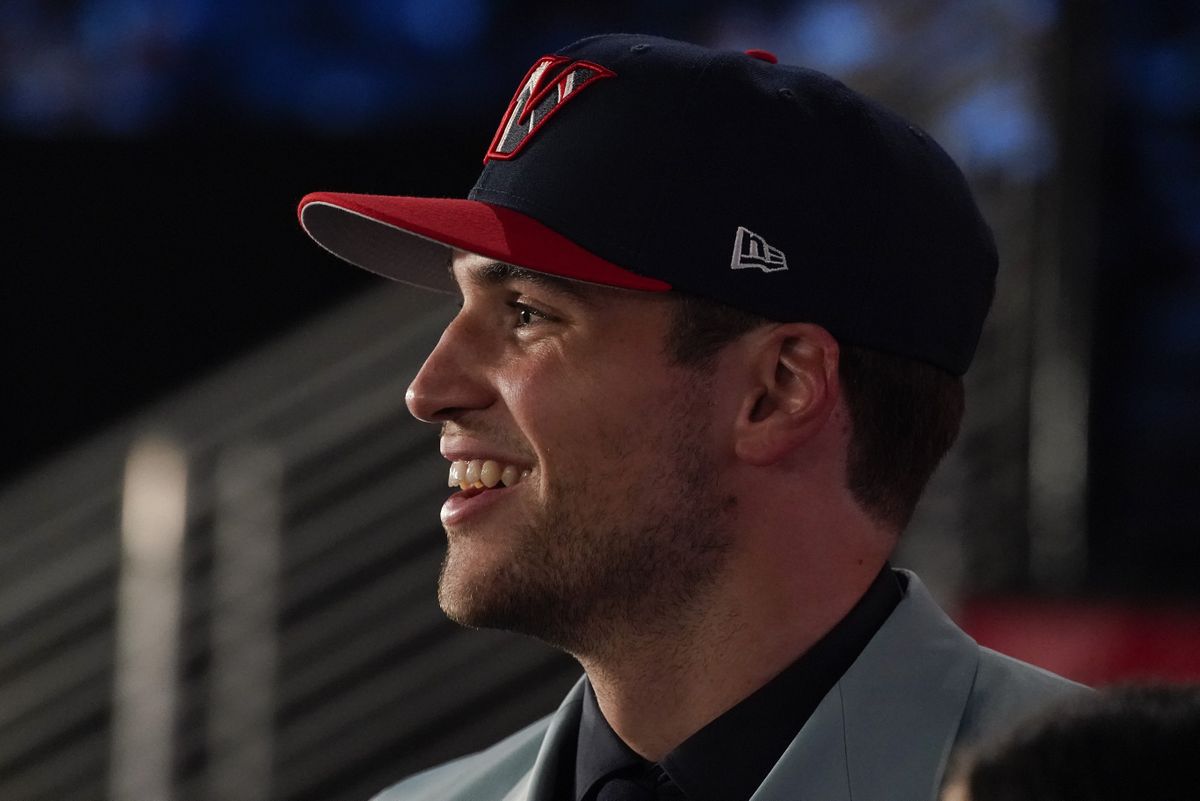 Then came 2008. The move to Oklahoma City. The end of the franchise, of professional basketball in the state. Seattle has been without ever since.

But it won’t be forever. Maybe even not another decade. The city has shown it supports pro sports, from the always competitive Seahawks to the woeful Mariners, from the MLS’ best franchise, the Sounders, to the Kraken, who seem poised to have a financially successful first season.

The NBA has to have noticed. And, after COVID-19, the league needs money. Or at least wants it. Where else to get it than through expansion. To Seattle.

Which brings us to Kispert.

Last night he realized a life-long dream. He was a first-round pick of the Washington Wizards, the team that is losing its heart – Russell Westbrook – to the Lakers but still has its soul – former Gonzaga standout Rui Hachimura.

It’s a pressure-free spot for Kispert to show he belongs at the game’s highest level. A great place to contribute with his outside shooting without having to shine of the defensive end every possession. A great place to build a workmanlike NBA career.

And then, when the NBA gets its act together and awards Seattle an expansion franchise, return home.

It would be a storybook chapter in a storybook career. After all, Kispert grew up in Shoreline, just outside Seattle. Played his high school hoops at King’s, a private school that won back-to-back 1A State titles. Moved on to Gonzaga, where he evolved into a college star, the leader of the nation’s best team for most of his junior and senior seasons.

Now comes the NBA. And maybe, down the road not too far, he’ll be able to return to the Northwest. As a visitor. Or, maybe, as the face of the newest NBA franchise. Now that’s a dream that needs to come true, not just for Kispert but for all of the state’s basketball fans.

• Jayden de Laura’s upward trajectory at Washington State stalled one cold February night in Pullman. The Cougars’ starting quarterback was pulled over by the Pullman police and cited for misdemeanor DUI charges. The incident led to a suspension, a spring without football and, ultimately, a trial in Whitman County District Court. 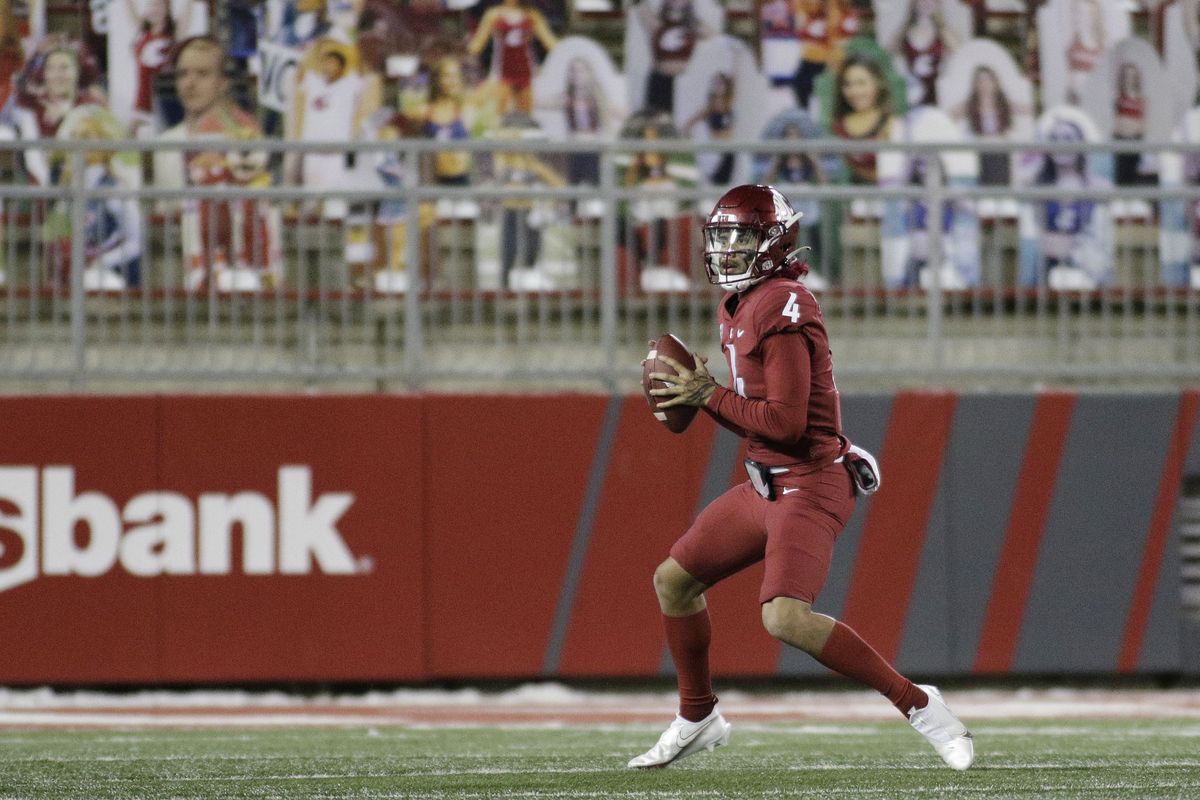 Thursday he was found not guilty of the charge. It is time for the freshman to return to his football dream. And to give him his reputation back.

One of the hardest things for people to remember these days is the fundamental fact of American law: Everyone is innocent until proven guilty in a court of law.

De Laura was arrested, sure. He was suspended by the school because whatever he had done that night merited it. He did not break the law, as Thursday’s verdict confirmed, but he had broken rules and made poor decisions. He’s not the first college student to do such things. Won’t be the last. A suspension was within Nick Rolovich’s purview. It was warranted. Until the legal system did what it does.

Now it’s de Laura’s chance to show what he learned. To show what he can do with the experience. And, certainly, to show his skills on the football field.

It’s the way this is supposed to work. 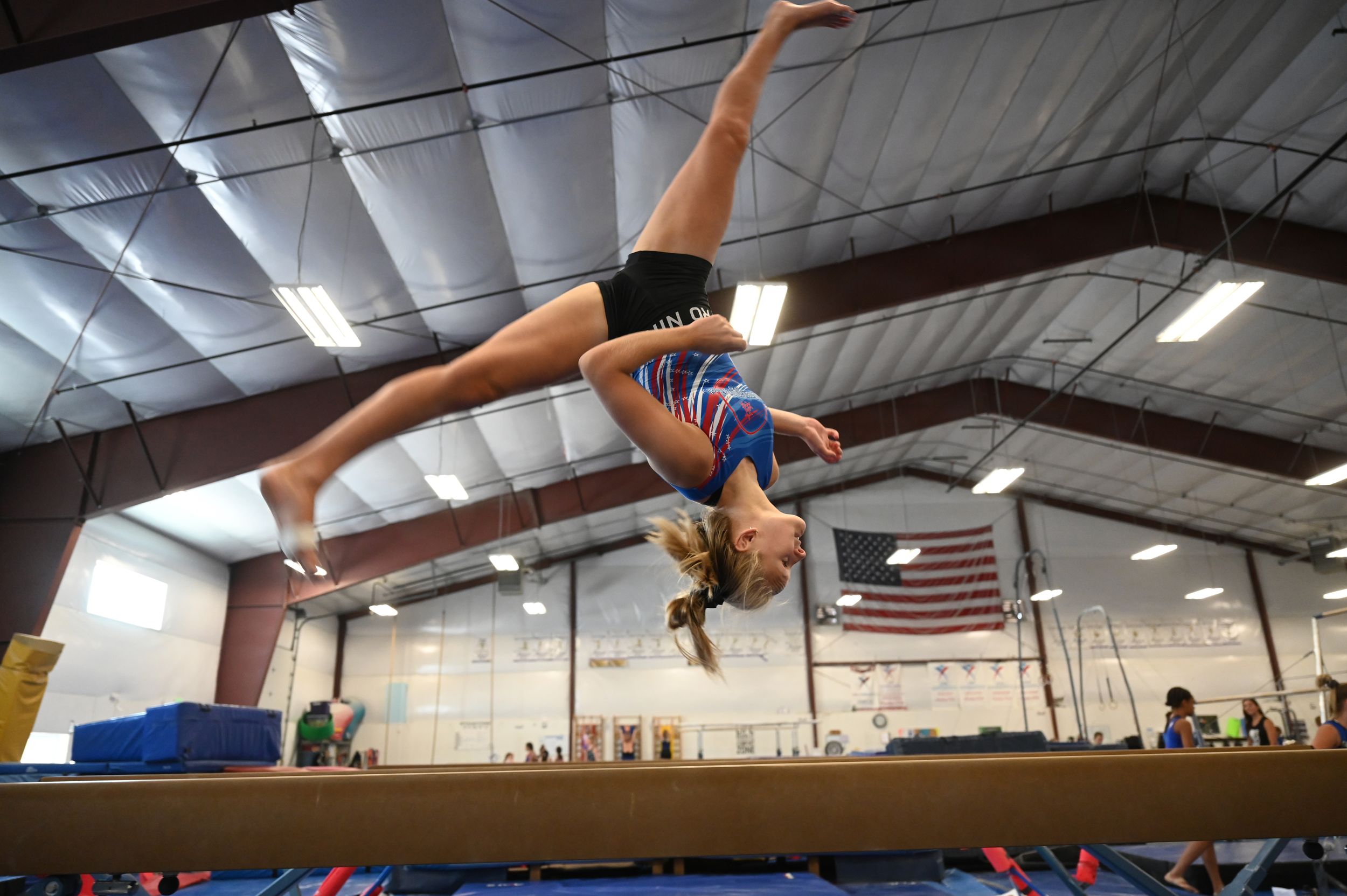 Olympics: Local gymnasts spoke with Amber D. Dodd about Simone Biles’ decision to withdraw from competition. … We usually cover Fridays what’s on the television for the weekend. So we will today as well. It’s the Olympics. That’s about it. … Russian athletes are competing in the Olympics on their own. The Russian Olympic Committee has been banned due to state-sponsored drug use. That circumstances make a lot of athletes nervous. And sure they are facing cheaters. It reminds us of when the East Germans were accused of such things and U.S. swimmers were chastised for complaining about it. They were right. … Despite poor ratings, NBC will make money. … Neither tennis gold will go to a favorite. … The U.S. women stayed alive in the soccer competition. 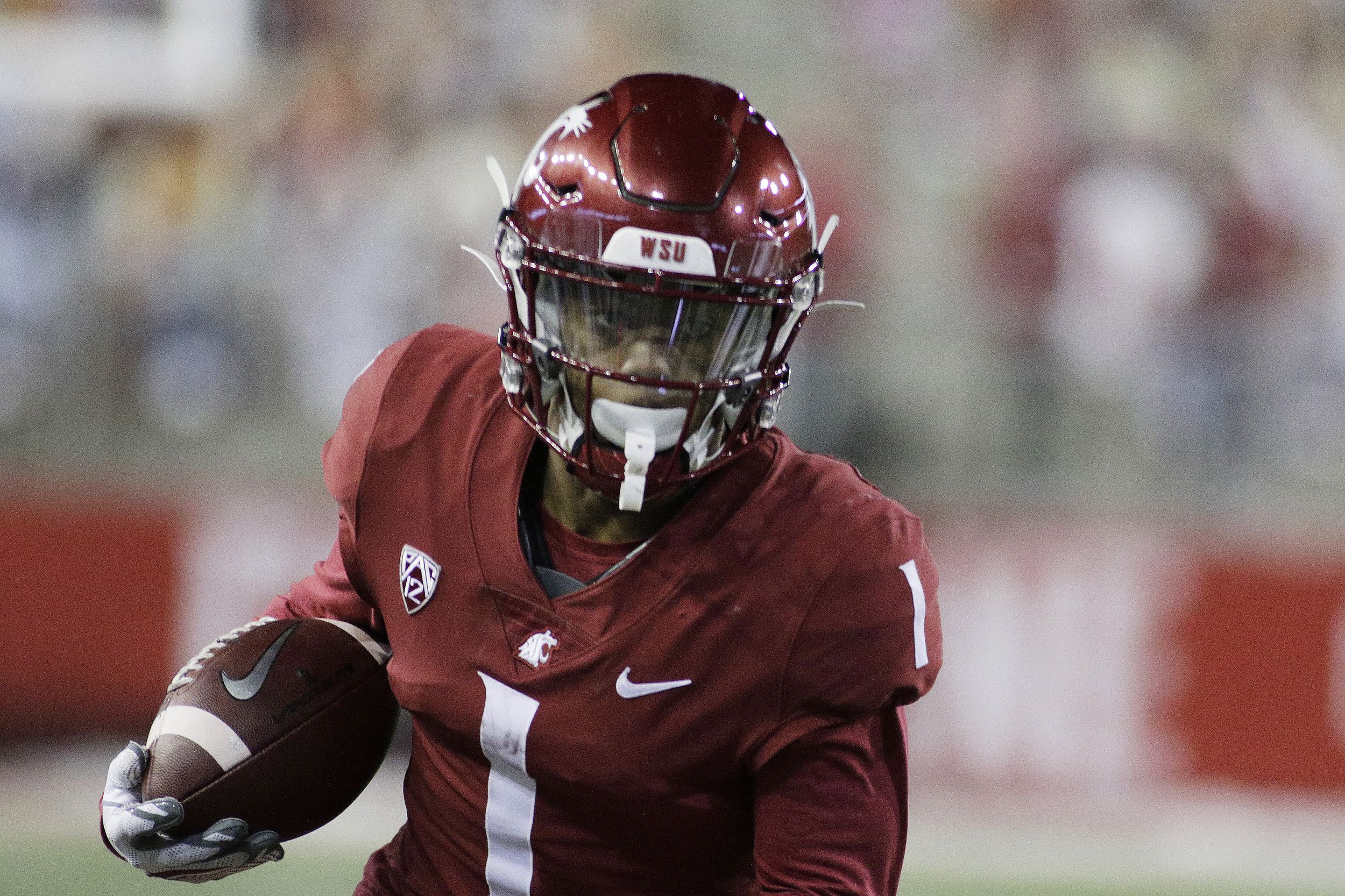 WSU: Of course Theo Lawson has the story of de Laura’s eventful Thursday. … He also has the news Travell Harris has earned a spot on the Hornung Award watch list. … Just a couple months ago it looked as if Kim Aiken Jr., the former Eastern Washington basketball player, would be helping the Cougars. Not now. Theo has that story as well. … Elsewhere in the Pac-12 and college sports, a lot is happening at Washington. … California is ready to bounce back. … So is Colorado’s Nate Landman. … Utah feels some disrespect. … Hey, Washington State folks. They will be serving beer at UCLA games while fans watch Dorian Thompson-Robinson play. … Arizona still has to decide who will be its quarterback. … Arizona State has lost a defensive lineman to the portal. … Evan Mobley went third in the NBA draft. The USC player was the highest conference player picked. … Ziaire Williams of Stanford ended up with the Grizzlies. … Oregon’s Chris Duarte went in the lottery portion of the NBA draft. … Arizona State’s Josh Christopher was picked late in the first round. … Colorado’s McKinley Wright III signed right after the draft ended. 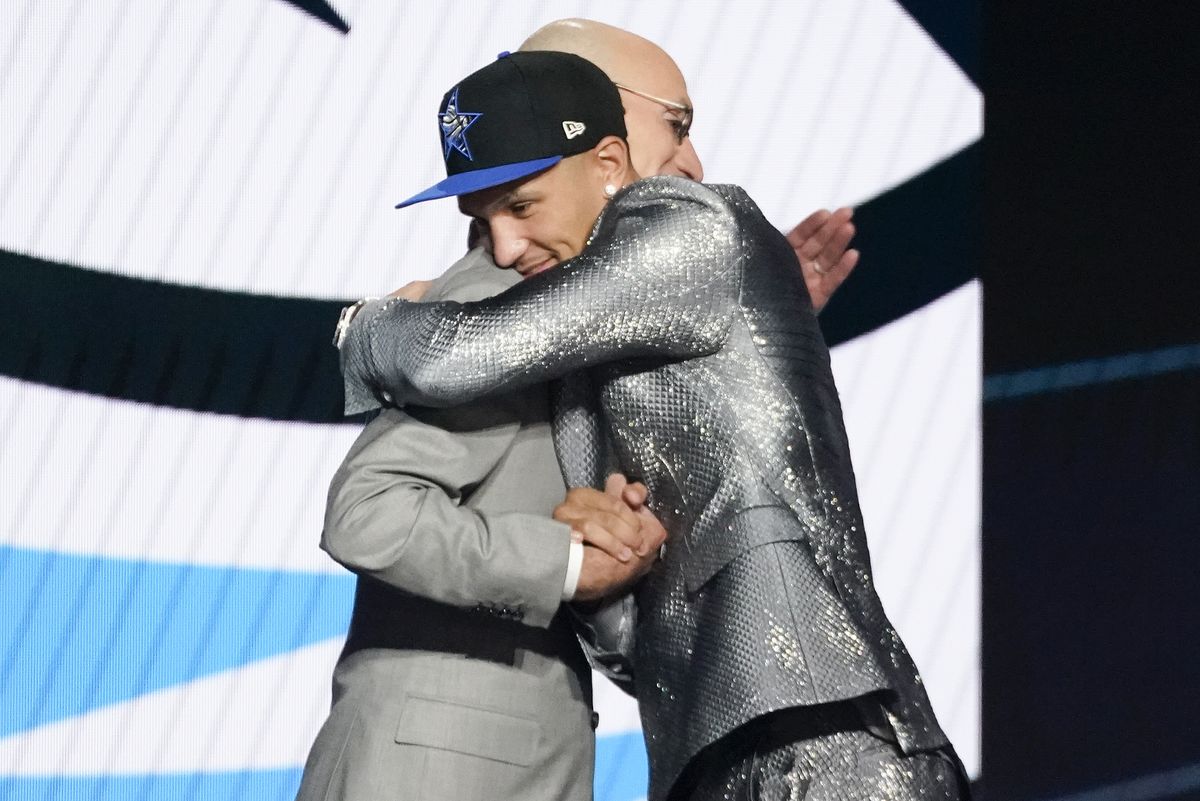 Gonzaga: Kispert wasn’t the only former GU player to be drafted. Jalen Suggs fell to the fifth spot – most had him going fourth to Toronto – and Orlando. Jim Meehan covers both, as well as Filip Petrusev’s second-round selection by Philadelphia and Joel Ayayi’s free-agent signing with the Lakers. … Jim also shares the news Suggs has signed an endorsement deal with Adidas.

CCS: One of my favorite basketball people in Spokane, former women’s coach Bruce Johnson, will be enshrined in the school’s hall of fame Saturday. Chuck Stewart has more in this story.

Indians: If you love offense, and rallies, High-A baseball seems to be the place to be. Dave Nichols has the coverage of Spokane’s 11-10 comeback win over Vancouver on Thursday night. … He also has a story on a new player joining the Indians. 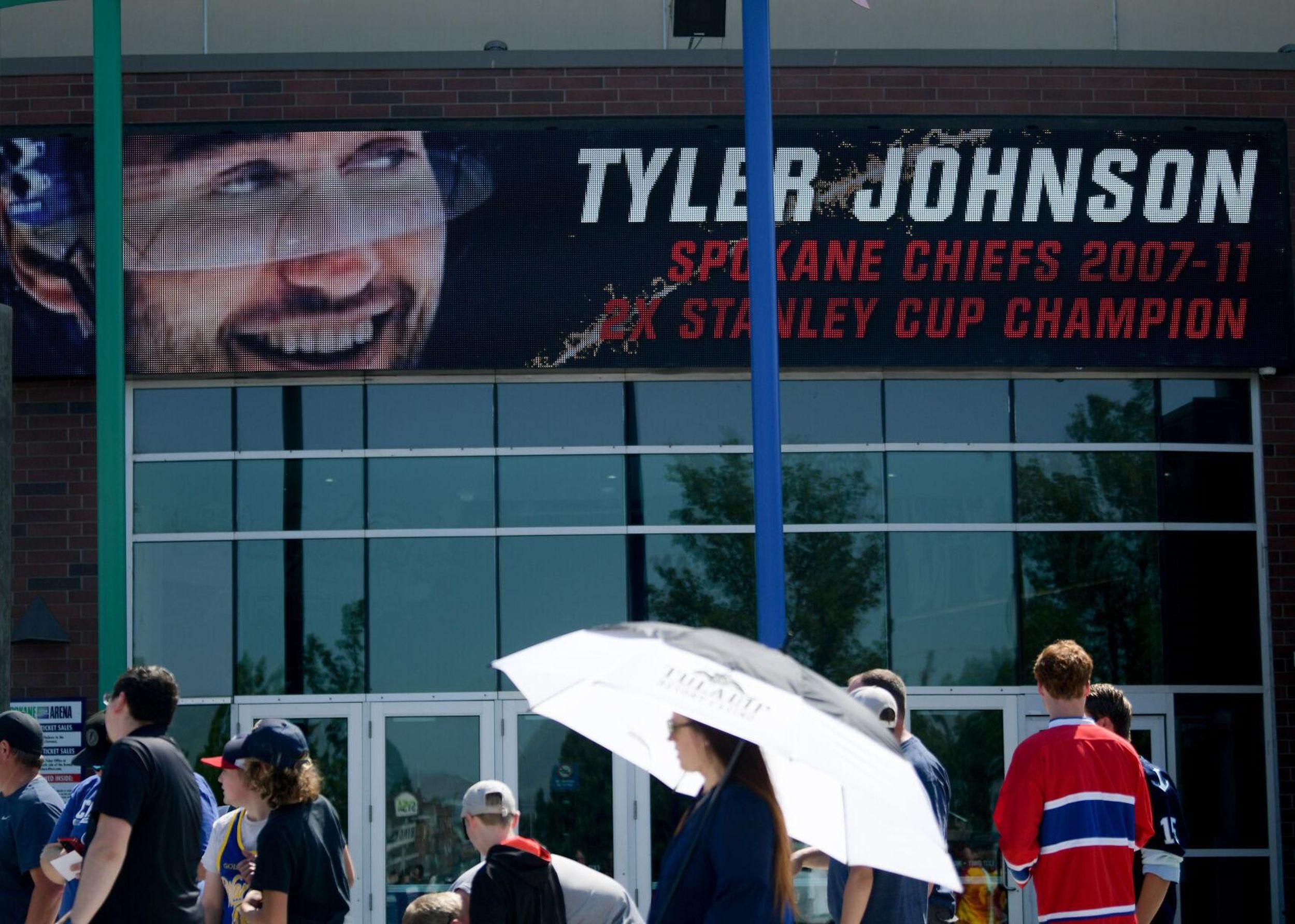 Chiefs: Tyler Johnson grew up in the Valley. He played for the Chiefs. He’s gone on to NHL fame. And now he’s brought the Stanley Cup to Spokane after winning it for a second consecutive season with Tampa Bay. Gene Warnick has this story.

Mariners: Maybe Jerry Dipoto had a plan after all. Free-agent-to-be Kendall Graveman is gone. He’s been replaced by former Tampa closer Diego Castillo, who will be under club control for a few more years. … Hector Santiago has been hit with another suspension. This one is a big deal. It’s PEDs. And it’s 80 games.

Seahawks: A couple days into training camp and the lack of K.J. Wright seems to be centerstage. … His replacement is healthy. And ready. … Freddie Swain wants to stand out as the third receiver. … Rashaad Penny feels like he’s back in high school.

Kraken: The team seems to have figured out where it wants to go with its roster.

• We’re heading north. Back into the heat. California’s central coast is the best. Spent hours yesterday wandering up and down the beach, then had a great lunch looking out over the ocean. I’ve changed my mind. I’m going to buy Hearst’s Castle – the state will sell it to me for $100,000, right? – and retire there. But only if it has interweb access, of course. I have to keep writing this column every day. Until later …