A GRIP ON SPORTS • Here we are. June. The first month of summer. And the Seattle Mariners are a game above the break-even mark. How is this happening?

• According to the people who know these things, the temperature around here is expected to hit the 90s for the next few days. That’s unusual for this time of year. But no way it is any more unusual than what’s happened to the M’s. 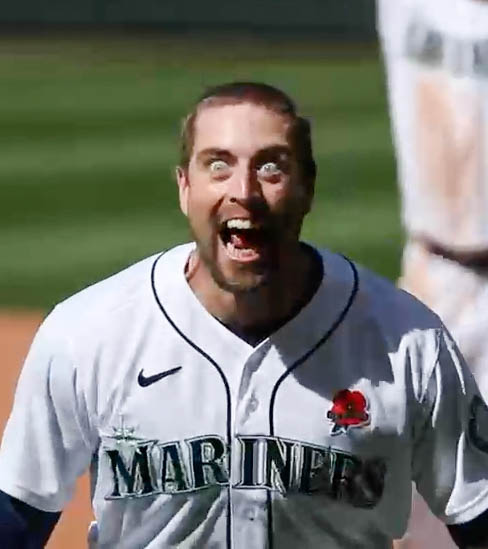 With yesterday’s walk-off, 10-inning win – supplied by a sacrifice-fly from Rasputin, aka Tom Murphy – over Oakland, Seattle has won five consecutive games and is 28-27. That’s good enough for third place in the American League West.

If the season ended today … well, we would all be sad because it means COVID-19 has come roaring back or some other similar calamity has happened. Still, the M’s would be outside looking in when it comes to the playoffs. And yet 2021 would be considered a success in some regard.

After all, with the lineup still hitting just a hair over .200 and a pitching staff held together with chewing gum, sunscreen and Scotch tape, the Mariners are somehow 3.5 games ahead of the Los Angeles Angels, the poster boys of disappointment.

No really. It’s not the Mariners in that role. Or the Phillies. Or anyone else. The Angels have under contract such players as Mike Trout, the game’s best for the past few years. And Shohei Ohtani, the best this season. And Anthony Rendon, one of the best third basemen. And a pitching staff that should be better than it is.

Yes, Trout is hurt. Nursing a strained calf that may keep him out of the lineup for the month. But still there is more firepower in the Angels’ lineup than Seattle’s. And yet here we are.

Mirrors? Magic? Wild-eyed craziness? A product of the schedule? Yes. And no. There is still no way this collection of players can compete for a postseason berth, the only goal Seattle fans really have. Even when the pitching staff returns to full strength. But wins like Sunday’s are fun to experience, especially considering the face Murphy made for the cameras after his game-winning home … oops, fly ball to right.

Just think what he might do if he actually hit a grand slam or something to win a game. Or if the M’s made the playoffs.

• Yes, it’s June. Graduation month. The first calendar month of summer. And the home of many major tournaments.

At the college level, spring sports finish with world series in softball (starting this weekend) and baseball (the playoff road begins this weekend as well) as well as national championships.

In pro sports, the NBA and NHL will not finish their postseason tournaments until July – thanks pandemic – but the month will be filled with exciting games. At least one hopes so. (We also include baseball in that statement, but with the way teams are hitting, who knows?)

At least the individual sports will have some highlights, starting this week in San Francisco. The women’s U.S. Open will be held at the Olympic Club, with the world’s best golfers trying to tame one of its toughest tests.

The men will also be in California later in the month, with the U.S. Open down the coast at Torrey Pines. That event ends, as it always does, on Father’s Day, June 20. We would like a new tie and a Phil Mickelson win as a present, if that’s OK.

The French Open tennis will be done by then, though without Naomi Osaka, who withdrew yesterday. Whether she will play Wimbledon, which begins June 28, no one knows.

We do know one thing, though. The month will be hot. In more ways than one. 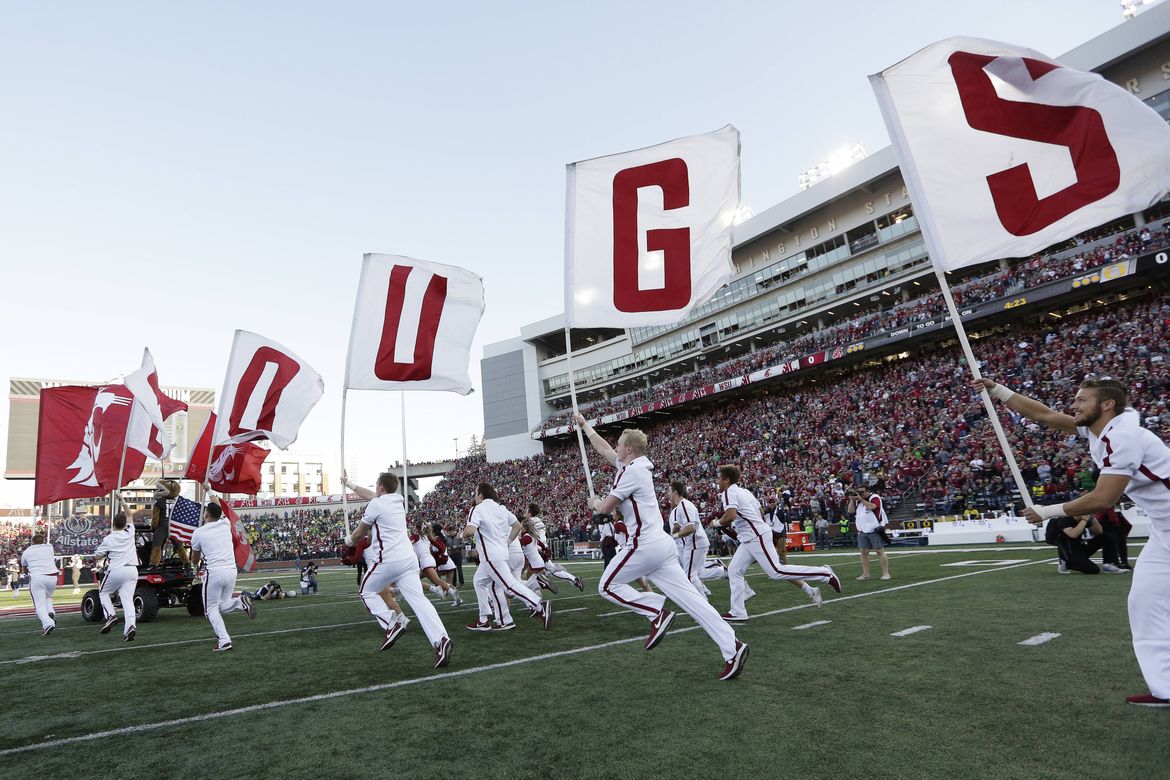 WSU: After months and months of not being able to visit with prospective students on campus or watch them compete elsewhere, Washington State’s football coaches are ecstatic to have things open up beginning today. Theo Lawson talked with coaches and recruits for this story as COVID-19-caused recruiting limits have finally been lifted. … Elsewhere in the Pac-12 and college sports, the return of a normal-ish recruiting calendar is important to every school. … It’s an important season for Clay Helton and USC. … Oregon is planning on rotating players through the defensive end spots. … A couple of new players are high on UCLA’s chances. … Oregon State, Oregon, Stanford, Arizona, UCLA and Arizona State are all playing in baseball regionals this weekend, with Stanford, Arizona and Oregon hosting. … In basketball news, the recruiting circuit returns for this summer. There is one difference. College rosters are overflowing for a variety of reasons, including the pandemic changes. … There is an unexpected opening at Oregon, however. … UCLA and Arizona will represent the conference at softball’s World Series. 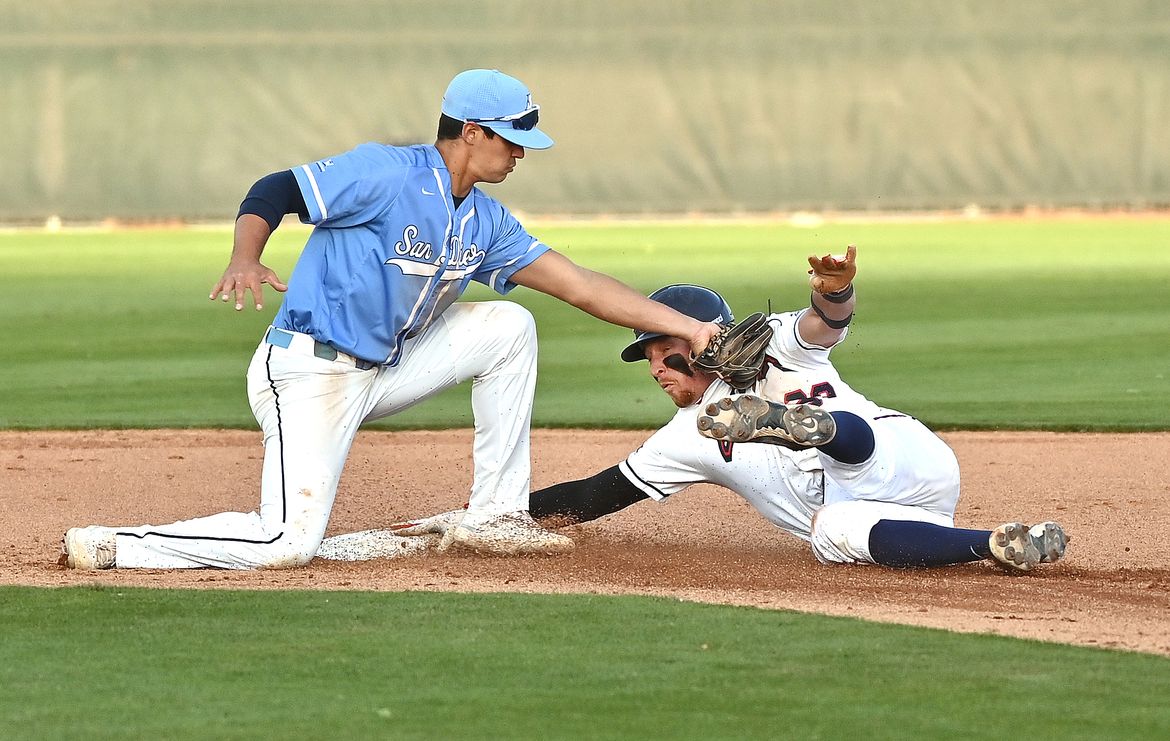 Gonzaga: No home regional. No second starter. No easy opener. And yet, the GU baseball team is looking forward to this weekend in Eugene. The Ducks will host the Northwest’s only regional, with Gonzaga as the No. 2 seed, its highest ever. The Zags will face LSU in its opener Friday night. John Blanchette has more in this story. … There has been a change among the Gonzaga tennis coaching crew. That news, and more, is contained within our local briefs. 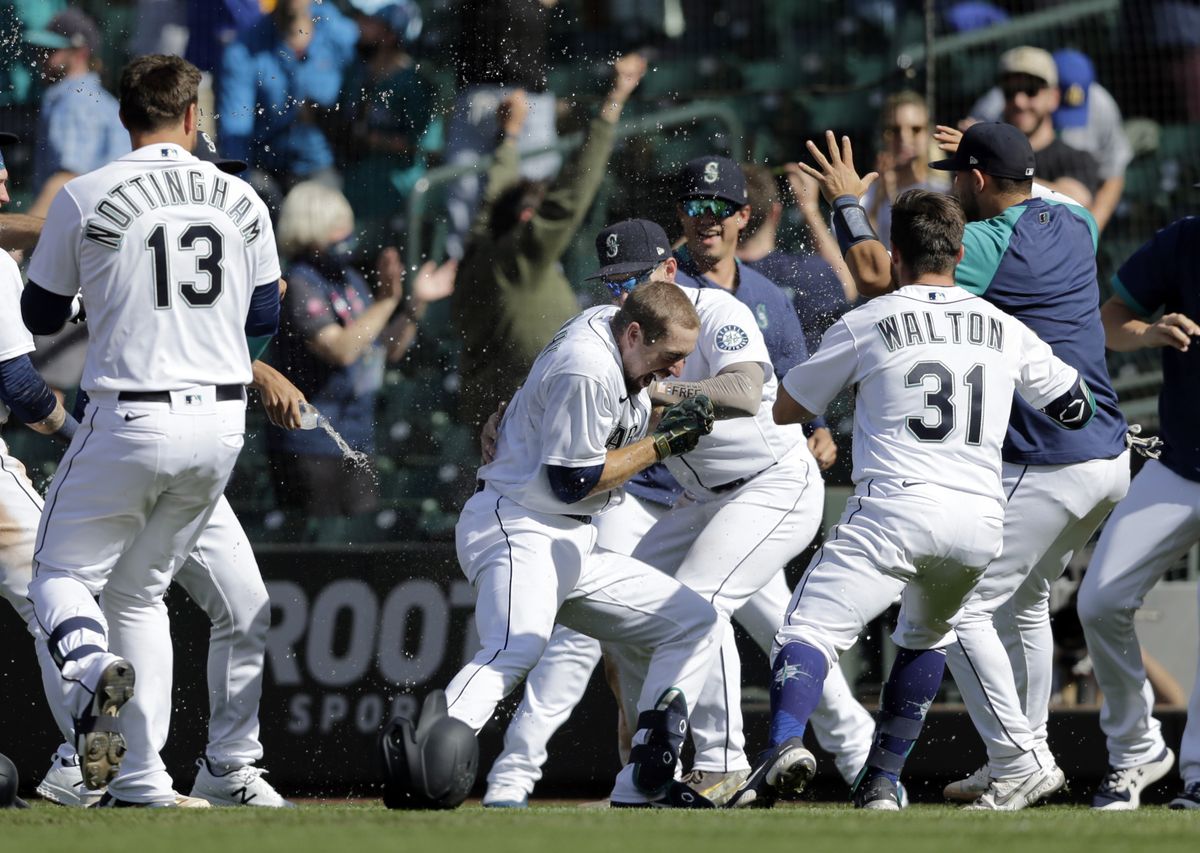 Mariners: Logan Gilbert started and pitched well. The bullpen faltered a couple times. And then the M’s found a way to win, 6-5, over the visiting Oakland A’s. … Marco Gonzales may be back this week. … Catcher Jacob Nottingham’s journey this season has held enough twists and turns to last a career. … Donovan Walton’s first big league home run inspired a celebration.

Seahawks: The Hawks have one undrafted free agent that may make a huge difference.

• We zeroed in on the age thing yesterday concerning Indianapolis 500 winner Helio Castroneves. Mainly because we’re old so we like to highlight the accomplishments of other … other … sorry, we forgot where we were headed. Anyway, good on Helio for winning at age 46. Now go win at 50. Until later …