Spokane Indians starting pitcher David Hill has had a tough journey to get to the High-A level.

A 2015 fourth-round pick of the Colorado Rockies out of University of San Diego, Hill has spent much of his seven-year professional career recovering from surgery. In 2016, he underwent neurogenic thoracic outlet surgery to relieve compression of the nerves below the neck. He missed the entire 2017 season.

“There was a time I didn’t know I was gonna be able to come back from that,” he said in May. “I was just trying to get back to a normal life.”

Hill was assigned to High-A Lancaster (California) at the start of the 2018 season but only made it through seven games before injury struck again. He missed the rest of that season and discovered during spring training in 2019 he needed Tommy John surgery. He’s only made 29 appearances since his draft year.

“I think anybody who gets injured, you know, it kind of hits your identity,” Hill said. “You know, baseball gets taken away from you and all of a sudden you start asking yourself, ‘Who am I?’ ”

Hill made his sixth start of the season for the Indians on Friday and he’s proving to the Rockies – and himself – that his perseverance can still pay dividends.

Hill went six shutout innings and the Indians found just enough offense to top the Tri-City Dust Devils 3-0 in the fourth of a six-game High-A West series at Avista Stadium.

The 27-year-old right-hander allowed just two hits and walked one with six strikeouts, throwing 52 of his 73 pitches for strikes.

“It doesn’t get much better,” Indians pitching coach Ryan Kibler said. “He had it all working. Fastball-change combination was outstanding.”

“(Catcher) Willie (MacIver) and I were on the same page and even when I, you know, when I missed, he gave me that look and was like, ‘Hey, you know, we’ll get it back,’ ” Hill said.

“Coming from where he comes from with the injuries and the 900-plus days without pitching in a game, he perseveres. Keeps the faith,” Kibler said.

At 27, he’s the elder statesman on the team.

“I think a lot of guys who went through what I went through probably would have got released in other organizations,” Hill said. “The fact that the Rockies have stayed with me for this long and they’ve been patient – it’s hard for me to not do the same.”

“It’s not just that he’s 27 years old,” Kibler said. “He displays his age in a positive way. Every single day, especially at 3 o’clock in the afternoon, or even at 11 o’clock at night in that locker room.” 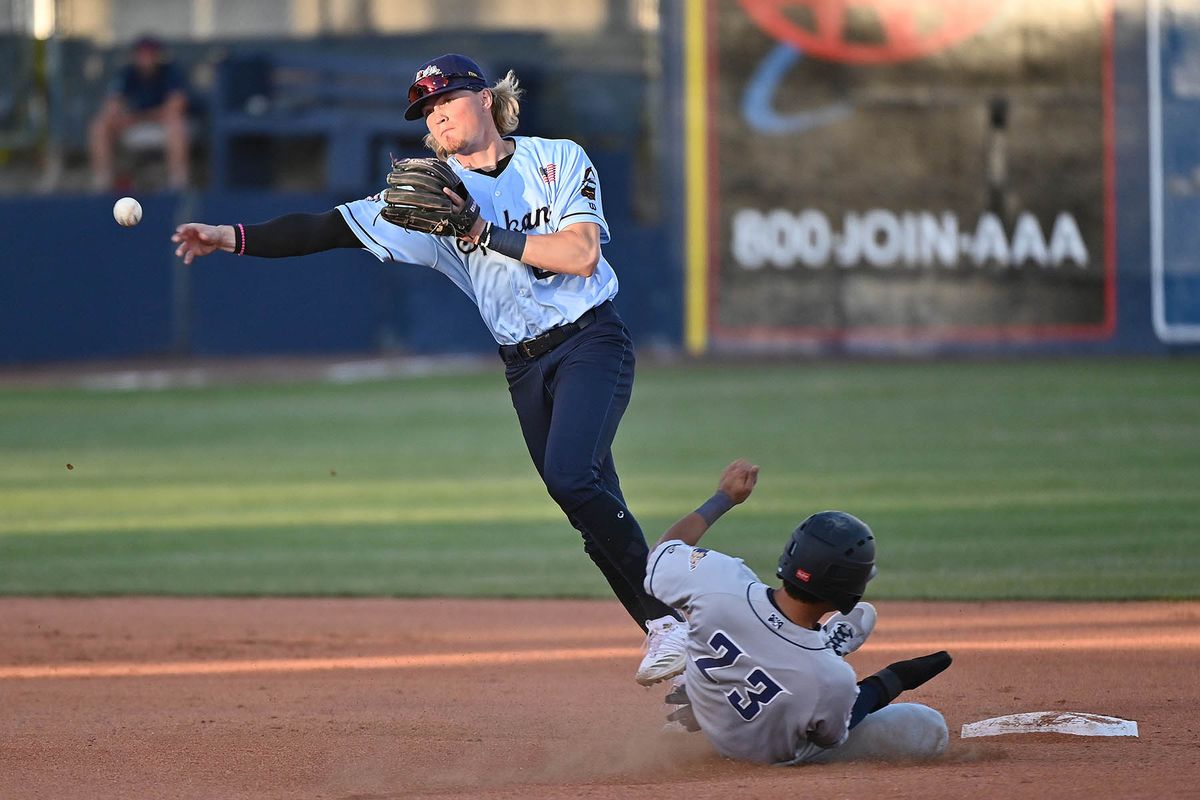 After stranding a runner at third on a pair of strikeouts in the first inning, the Indians broke through in the second.

Back-to-back singles by Michael Toglia and Kyle Datres plus a walk to Hunter Stovall loaded the bases with no outs.

LJ Hatch drew a one-out walk to force in a run, then Isaac Collins’ fly to medium left was enough to plate the second run of the inning.

In the seventh, Aaron Schunk led off with a single and stole second, went to third on a MacIver single and scored on a wild pitch.

Lackey earned his fifth save.