A GRIP ON SPORTS • Here it is, the fourth of June, the temperatures are roasting, the sun is shining and we’re thinking about … college basketball? OK, we’re also thinking about college baseball and softball too, but still. Is there no way to escape hoops?

• Sure, the NBA playoffs last into June. That’s a given, no matter the year. Though LeBron James’ latest quest for another title stopped last night. That’s neither here nor there, just a fact. 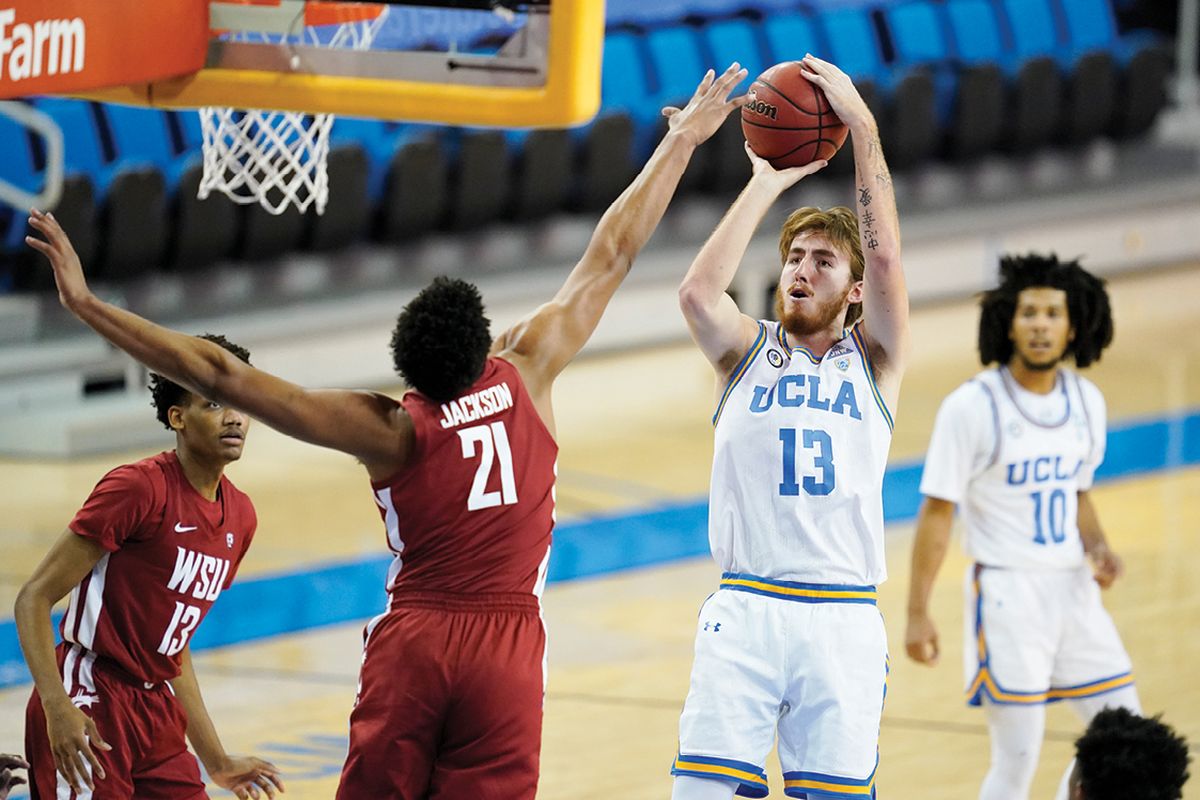 Here’s another fact for you, courtesy of Jim Meehan’s S-R story: Two incoming freshmen at Gonzaga and a sophomore-to-be at Washington State will soon be trying to make the United State’s U19 basketball team.

WSU’s Dishon Jackson and incoming GU players Chet Holmgren and Hunter Sallis will spend a couple days at the end of this month in Texas, vying with 24 other players for the 12 spots on Team USA’s U19 squad. The chosen group will head to Lithuania and compete in the World Cup in early July.

Now that would be a fun how-I-spent-my-summer-vacation essay to read.

It’s been more than a decade since a Washington State player has been part of the U19 squad (Klay Thompson and DeAngelo Casto were the last), which makes Jackson’s selection stand out a bit more. After all, with the success Gonzaga has enjoyed, and the recruiting stature of Holmgren and Sallis, their inclusion seemed pre-ordained. Last summer Jalen Suggs helped the U.S. team win the gold medal before heading to Spokane and helping the Zags reach the national title game. 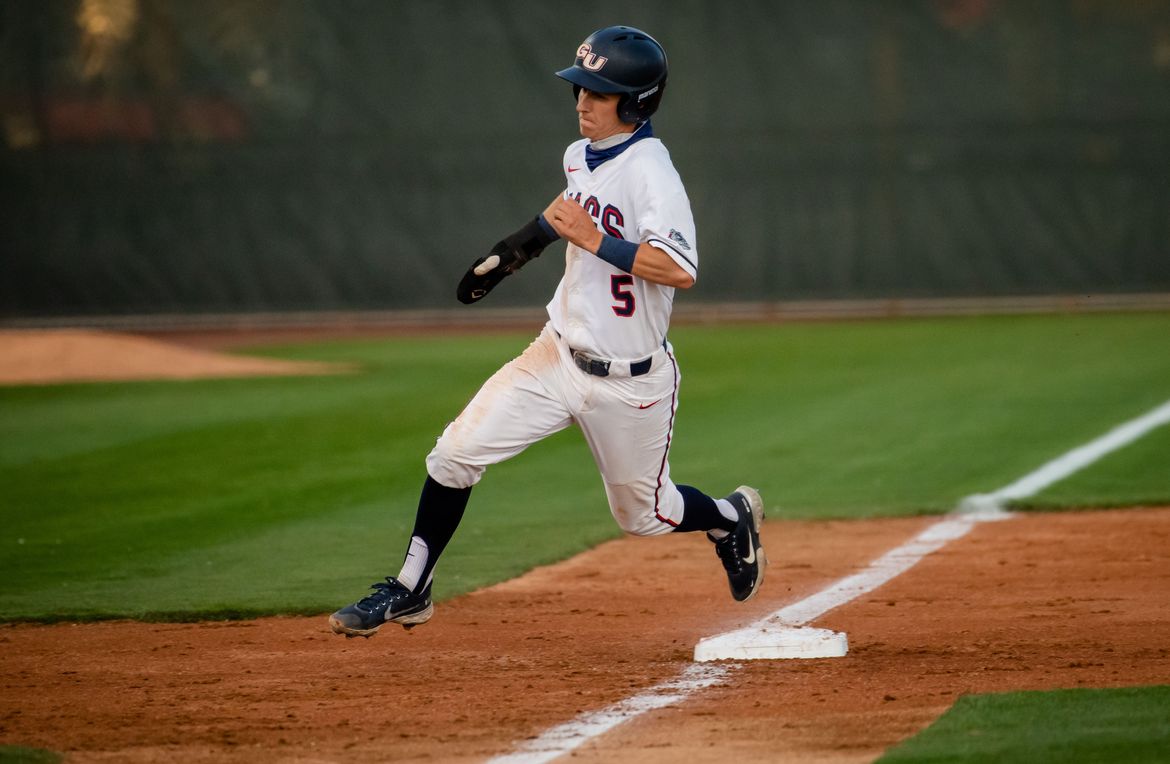 • Right now, however, Gonzaga is more of a baseball school. Mainly because it is baseball season. NCAA postseason baseball season, actually. And the Zags are in Eugene, where tonight they will open the regional against LSU, historically one of the sport’s top-tier programs.

This season, though, with All-Americans Alek Jacob and Brett Harris have helped Gonzaga earn a second-seed in the regional, with the Tigers, who finished 34-22, the third seed.

As one would expect, there is a preview, from Justin Reed, in this morning’s paper.

• One of the best parts of college sports occurs every time there is an upset. Thankfully, those happen more often at that level than pretty much any other one.

We were treated to one Thursday when James Madison, never anyone’s idea of a softball power, made its first college World Series game a memorable one. The Dukes upset top-seed Oklahoma yesterday, winning 4-3 in eight innings.

This isn’t just your run-of-the-mill upset. Not when the game, as all softball World Series games are, is played in Oklahoma City and the fans are packed with the Sooner faithful. And not when you consider how potent the Oklahoma lineup has been this season.

But one thing I learned well playing fastpitch all over the western United States and Canada for 15 years: The better pitching wins. And Odicci Alexander, who pitched the Dukes to Oklahoma City, was the better pitcher Thursday. She threw well enough to allow James Madison to celebrate and move into the winners’ bracket. 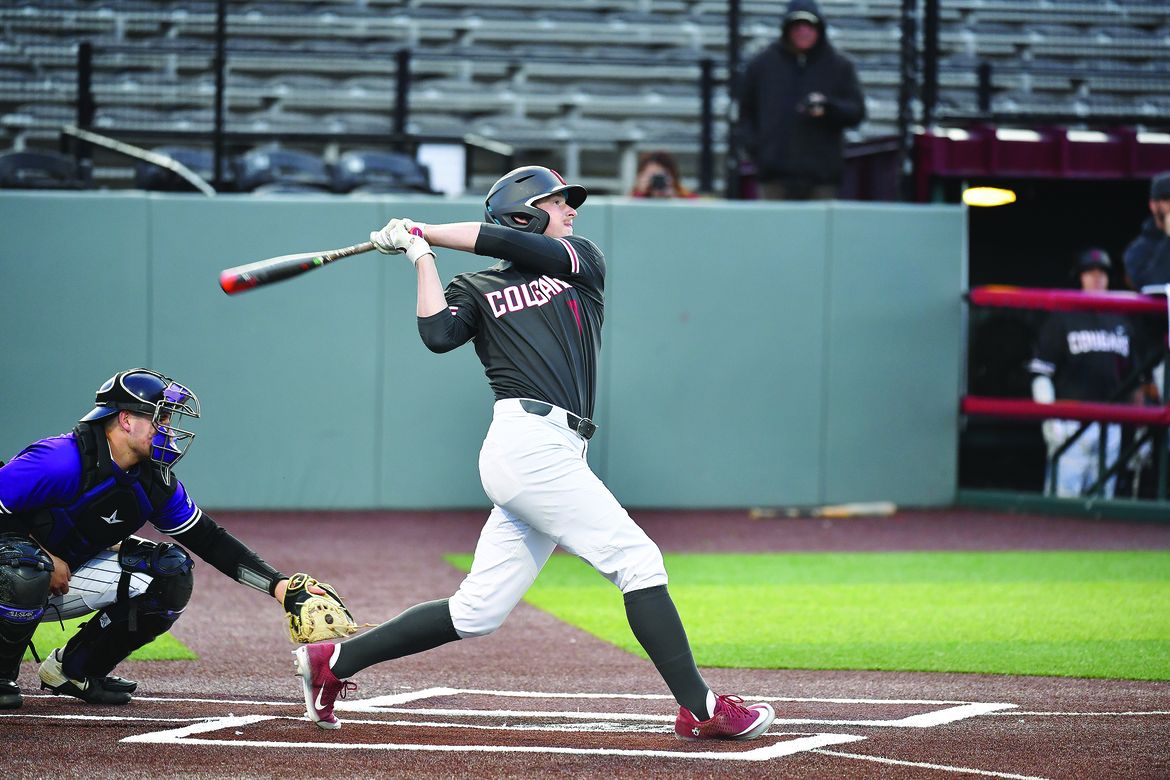 WSU: Not only can we pass along Jim’s story on Jackson’s U19 chances again, we can also highlight Kyle Manzardo’s first-team All-American selection. The Lake City High graduate earned the honor from Collegiate Baseball. … Elsewhere in the Pac-12 and college sports, when layoffs hit the conference’s media arm, the social media producers took the biggest hit. That, Jon Wilner believes, has cost the conference recently. … A Colorado player will join Jackson at the U19 tryouts. … Both Gach, who transferred from Utah to Minnesota for last season, has transferred back to the Utes. … Oregon received some good news. Eric Williams Jr. is coming back. … Oregon State may not be in the NCAA baseball playoffs if it weren’t for Troy Claunch or Justin Boyd. … Stanford hosts quite possibly the most-loaded of all the regionals. … Arizona State is in Austin for its regional appearance. … Conference champion Arizona is hosting a regional. … The conference made a stronger public commitment to wrestling yesterday. … Utah has a tight end that is different than other tight ends around the Pac-12. … Will Arizona State be as good as most people think? … Stanford and California have jumped in with both feet as football recruiting returns. … In the softball World Series, UCLA picked up a shutout win and Arizona was on the wrong end of a well-pitched game.

Gonzaga: The Zags’ possible run to Omaha begins tonight in Eugene. As we mentioned above, Justin has a preview. … And we also pass along again Jim’s story on the U19 selections.

EWU: This Athletic story has more on Cooper Kupp’s knee injury at the end of last season.

Preps: Dave Nichols has a pair of roundups, one on last night’s GSL basketball and the other on the other sports.

Indians: Dave was also at Avista Stadium where Spokane couldn’t muster a run and lost 6-0 to Tri-City. 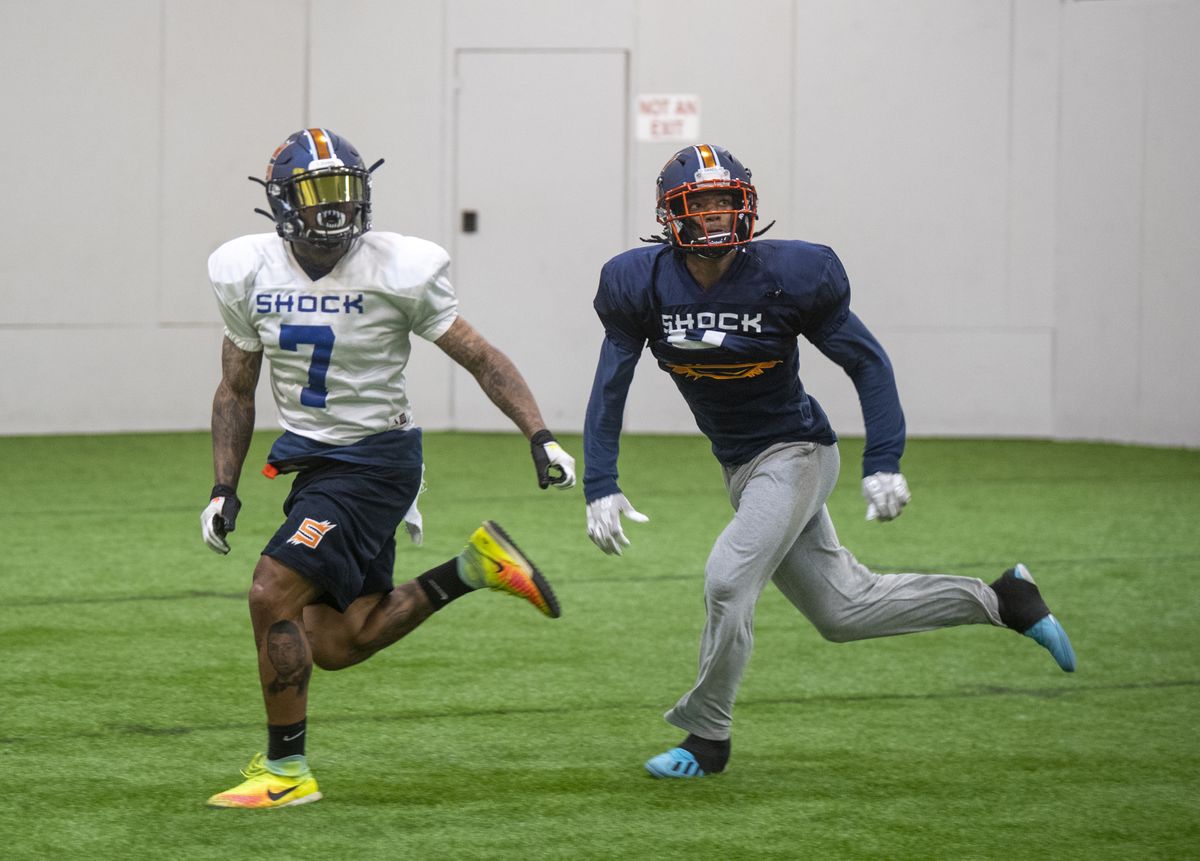 Shock: Spokane is in Arizona to play (checks notes) the Wranglers tomorrow night. (Arizona has three IFL franchises, with the Northern Arizona Wranglers the only winless one.) Ryan Collingwood has a preview.

Mariners: Jake Fraley hit his first career home run and the M’s went on to a 6-2 victory over the struggling Los Angeles Angels. … It doesn’t look as if Kyle Lewis will be back anytime soon.

Seahawks: What would it cost the Hawks to make a deal for Julio Jones? … No player in the recent NFL draft was more polarizing than Seahawks’ selection Stone Forsythe.

Storm: Katie Lou Samuelson is back with Seattle after a stint with USA Basketball. 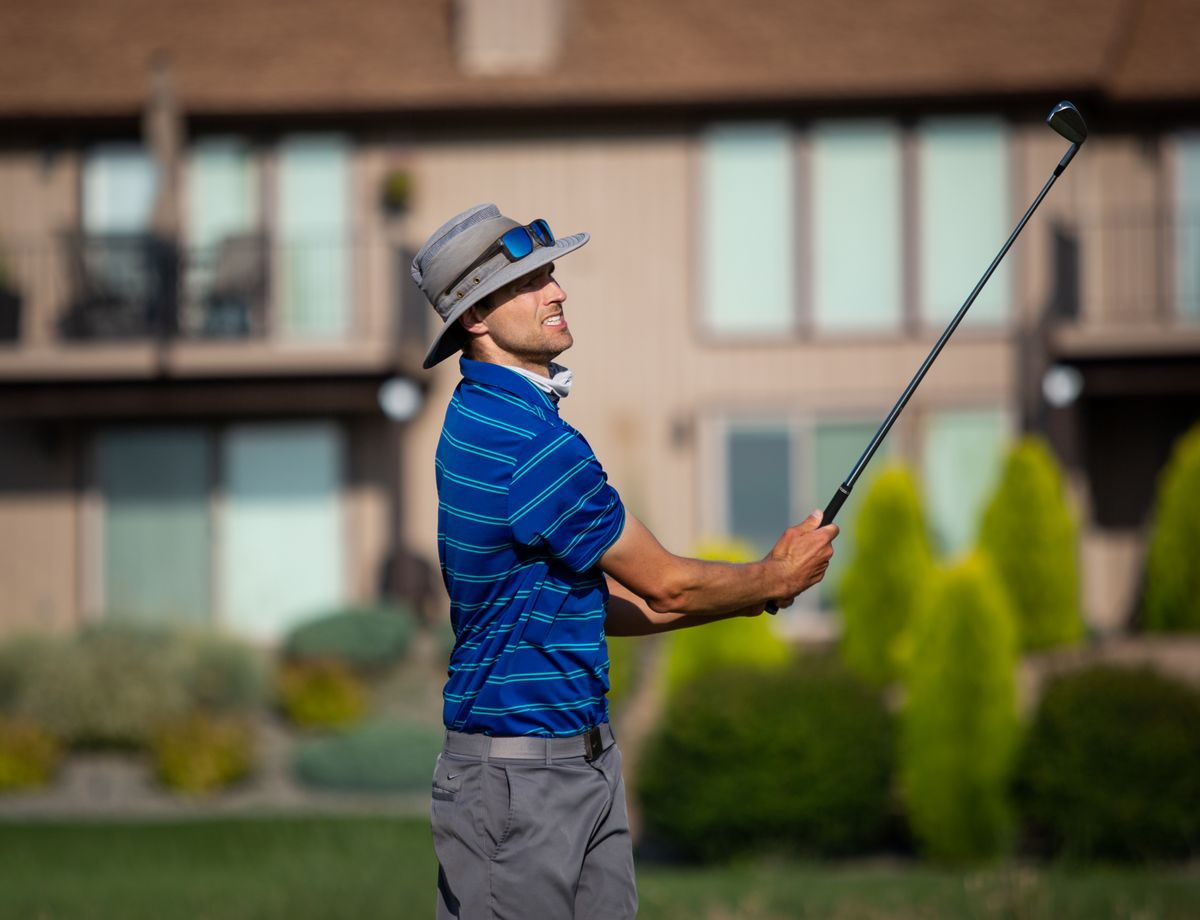 Golf: This weekend’s Lilac City Invitational will be played in cooler temperatures – Saturday and Sunday the highs are expected to be in the 60s – and windy conditions. But that won’t be the most challenging conditions Brad Marek and Joe Summerhays have faced recently. Both pros played in the PGA Championship a couple weeks ago, with Marek making the cut and watching Phil Mickelson’s improbable win up close. Jim Meehan has more in this column.

• The lawn needs to be mowed. The screen door needs to be fixed. The car needs to be washed. So today I’ll take a long nap and work on my procrastination skills sitting under the shade of one of our backyard trees. It’s what I do this time of year. I learned the skill from my dad, quite possibly the only lesson he taught to which I really paid attention. Until later …