A GRIP ON SPORTS • It’s Sunday morning. Nothing in the world of sports really stands out, so let’s take a trip around the dial together. Does that sound OK with you?

• Our trip around the dial last night included some college softball and baseball, which isn’t a bad way to enjoy a Saturday night. Having played both sports – and they are different sports, despite sharing some basic DNA – it’s always fun to compare and contrast the two. It always seems to come out in favor of softball. 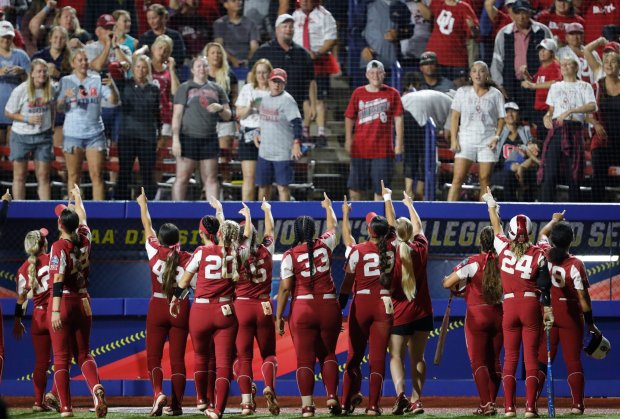 It’s just a personal opinion, but one game puts a premium on execution, of getting things right. The other is about swinging out of your cleats every single pitch. The former is faster paced and entertaining. The latter, these days, seems to drag interminably and features less in the way of action than cricket.

But it does seem odd to me that one college program – Oklahoma – should enjoy such a home-field advantage in the NCAA’s championship event. And enjoy it ever year. It’s weird and a bit unfair.

Now regionals, that’s another matter. Higher-ranked teams are supposed to enjoy an advantage. That’s one of the reasons Gonzaga was hoping to be able to host the regional this weekend. It didn’t happen. And last night the Zags’ chances of moving on in the NCAA tournament took a big hit when host Oregon knocked the ball around consistently. It’s almost as if the Ducks feel comfortable hitting in their home ballpark. Who would have thought? Oh ya, everyone.

• If it weren’t for snake-bit luck, the Mariners might not have any luck at all. Yusei Kikuchi is throwing well this season. So was Justin Dunn. Then, within the course of a week, the two starting pitchers are injured.

Dunn is already on the injured list. Kikuchi is headed there after being laid out by David Fletcher’s hard hit ball that nailed his right knee.

The M’s started this season with 26 players, the same as every major league team. They started Saturday’s game with just eight of those players still on their roster. The rest have either been injured, sent down or just plain released.

If you are counting at home, Seattle has already utilized 48 players, more than any other team in baseball. That’s not a stat in which you want lead the game.

• Our Jim Meehan has a Sunday story about Drew Timme and his offseason workout regimen. It’s the best read of the day. 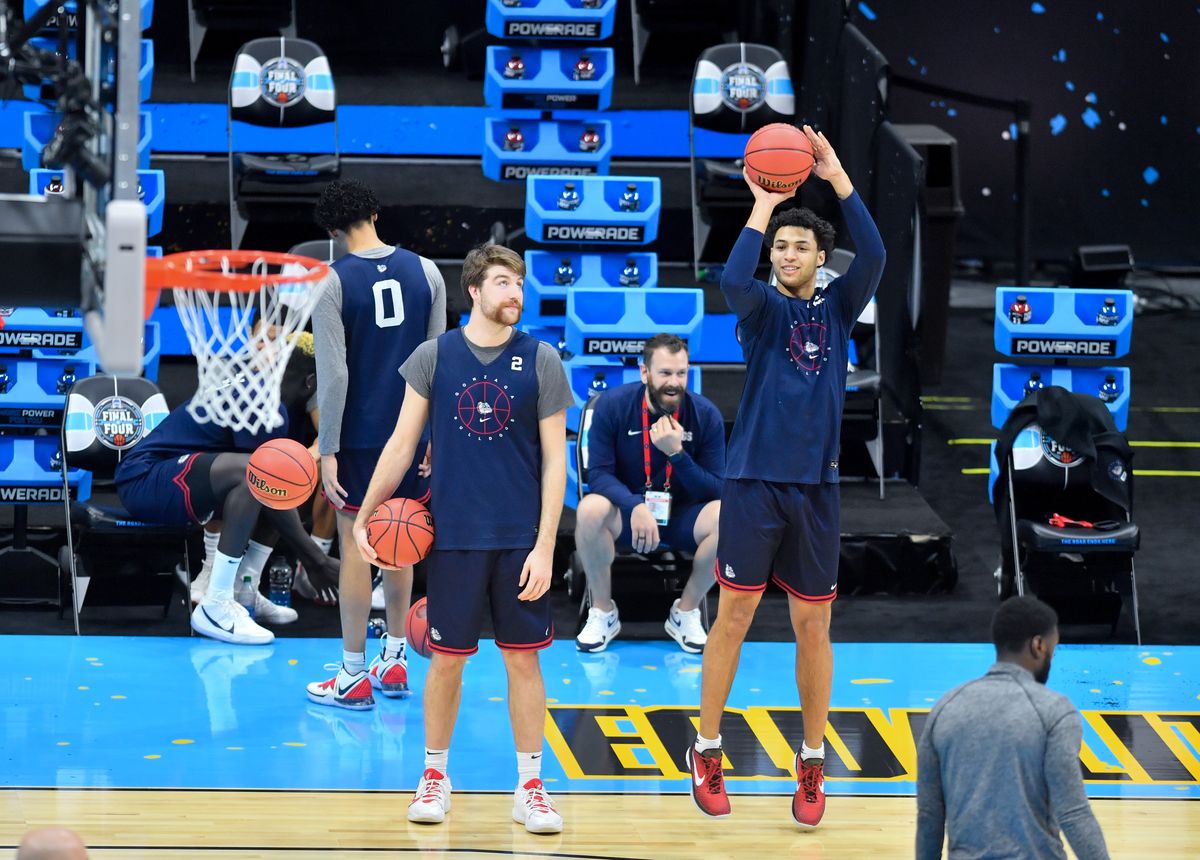 Timme is in Texas, his home state, adding to his offensive attack. He has a trainer he’s worked with for years. And he’s enticed his buddy, Anton Watson, to join him.

Having a personal skills trainer is not a new phenomenon in college basketball, but it’s not a time-honored tradition either. The past couple decades have seen a growth in such workouts, starting from the top of the sport (the NBA) and now having worked its way down to the foundation (youth players). Entire businesses are built on the premise people will spend money to improve their game – or their offspring’s. And they will.

The trend has been responsible for the offensive improvement in the game. And its influence is only growing. It’s going to be interesting to see where it takes us in a few more years.

• We didn’t get a chance to see it, but the Belmont, horse racing’s last Triple Crown race, was run yesterday. The favorite, Essential Quality, won. Three different horses won each of the Triple Crown races, though we still don’t know who won the first one, the Kentucky Derby, due to Medina Spirit’s failed drug tests.

The Belmont is one of those rare major sporting events whose interest is dictated not be the event itself, but by events leading up to it. If one horse wins both the Kentucky Derby and the Preakness, the Belmont is one of the more important occasions of the year. If not, the nation’s interest not only wanes but seems to disappear.

Yesterday was the latter.

WSU: Around the Pac-12 and college sports, David Shaw is ticked off. And the Stanford football coach doesn’t care who knows it. The subject of his ire? Fox, and by extension, all of the conference’s television partners. … Can Karl Dorrell have an even better second year at Colorado? … We cover Oregon’s win in the Gonzaga section right below, but other Pac-12 schools were playing in the baseball regionals yesterday. Oregon State stayed alive with a win over McNeese State in Lubbock. UCLA also won in a loser-out bracket game. … Stanford got lucky with two grand slams and edged UC Irvine. Arizona State lost at Texas. And Arizona shut out UC Santa Barbara. … There are no conference schools left in the softball World Series. UCLA lost to Oklahoma, ending the career of one of the sports best players. And Arizona lost 4-3 to Florida State, possibly ending the career of one of the game’s best coaches. 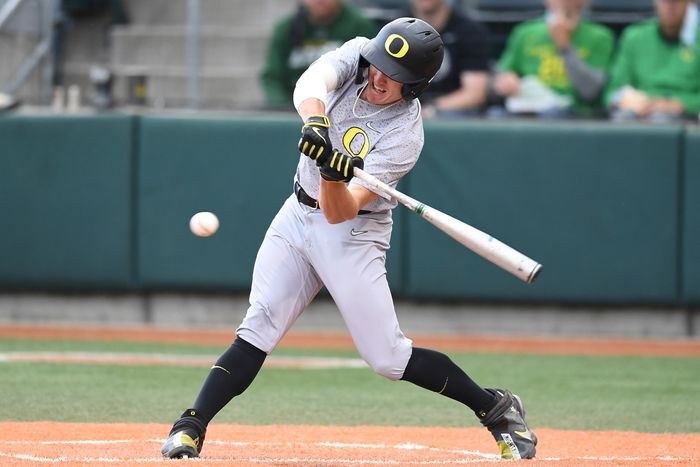 Gonzaga: We already mentioned, and linked, Jim’s story on Timme’s offseason but we link it here again. … The Zags will have to defeat LSU again early today to stay alive in the baseball regional after last night’s 7-3 loss to Oregon. If that happens, then there is a chance of two rematches with the Ducks.

Preps: The GSL played a rare Saturday basketball schedule yesterday and there were some upsets along the way. Dave Nichols presents this roundup. … Mt. Spokane defeated Gonzaga Prep in boys action.

Indians: Spokane (12-17) continues its long climb back to .500 after another win over Tri-City, winning Saturday 8-3. Dave has the game story. The homestand ends with a game tonight. 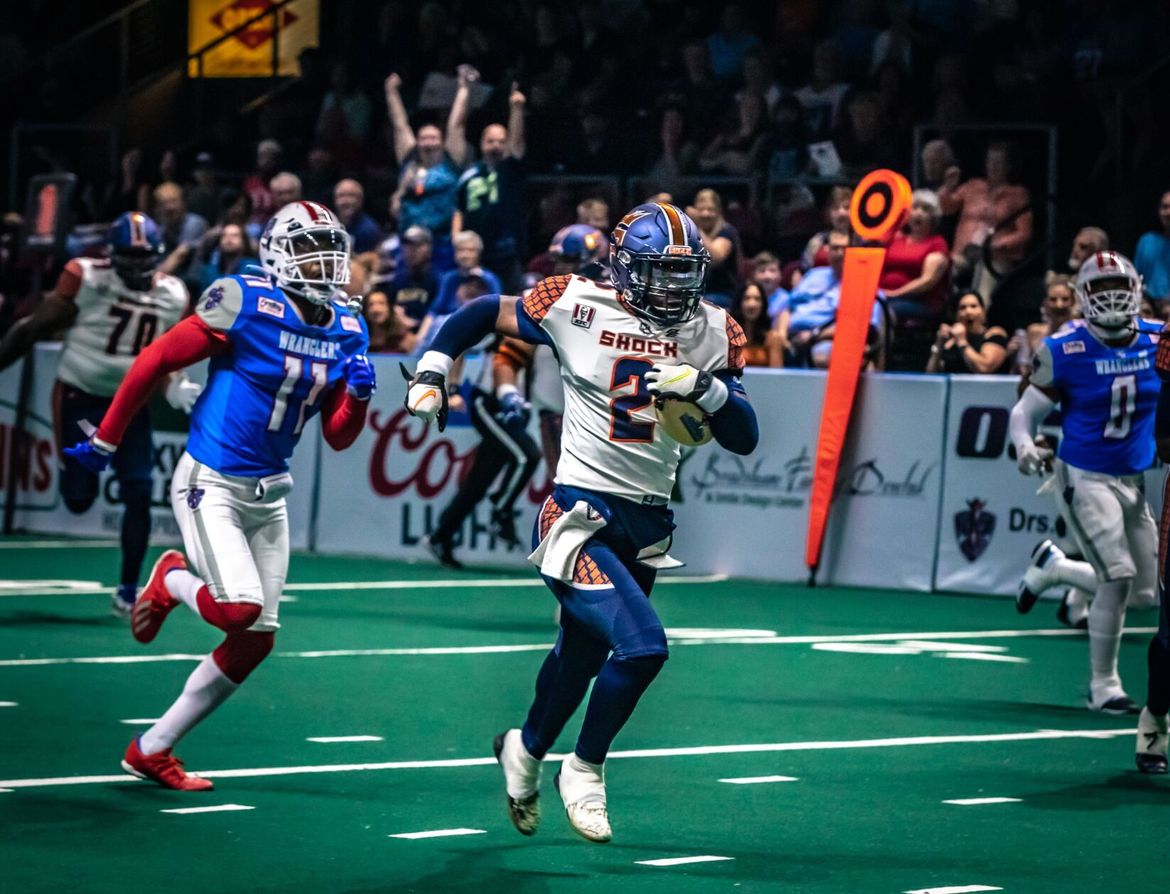 Mariners: As we mentioned above, Kikuchi was injured with the M’s leading. The Angels rallied against the depleted bullpen and won 12-5. … Jarred Kelenic hasn’t had a hit since May but Scott Servais, borrowing from Pete Carroll’s playbook, is optimistic it will change.

Storm: Dan Hughes is no longer the coach but his influence is still felt.

Golf: Brad Marek built his lead to four strokes after two rounds of the Fairway’s Lilac City Invitational. The final round is today. … Joel Dahmen is not only a great golfer, but he is a cancer survivor as well. … Jon Rahm cost himself at least $1.675 million by not getting vaccinated. He led the Memorial by six strokes after three rounds, only be forced to withdraw after a positive COVID-19 test. Rahm, who was exposed last week, would not have been in the PGA’s testing protocols if he were vaccinated and only would have had to withdraw if he showed symptoms, which he did not. Instead, he was tested and came up positive. The video of his being told after finishing his round was something.

Soccer: The decision has been made to build Spokane’s newest stadium downtown. And now the USL group, which said there was a possibility of a franchise here, is working on making that statement come true. Jim Allen has all the details in this story.

• Not sure how you feel, but we’re ready for a vacation. A few days off. Sitting around a campfire somewhere, staring at the Milky Way. Floating down a lazy river. Eating a fine meal at a fine restaurant. Walking through trees as tall as a Spokane skyscraper. Catching a movie late at night. Looking at our calendars, it’s not going to happen. Not now, not for a while. So we’ll head to the backyard, pick up all the wind-caused debris and sit under the spreading maple tree. Maybe even read some Longfellow. “Toiling, – rejoicing, – sorrowing, Onward through life he goes; Each morning sees some task begin, Each evening sees it close; Something attempted, something done, Has earned a night’s repose.” Until later …