The condominiums were sold prior to the building’s completion and the hotel portion of the property is attracting guests from Seattle, Portland and California , said Laura DeMott, One Lakeside general manager.

“Weekends are definitely filling up rather quickly. The summer is shaping up to be extremely busy for us, especially with North Idaho being fully open again and summer events in Coeur d’Alene being back on schedule,” DeMott said. “I think a lot of people are excited to drive over and spend long weekends and family vacations here.”

One Lakeside features one-, two- and three-bedroom suites with panoramic floor-to-ceiling windows and balconies providing views of downtown and Lake Coeur d’Alene. The hotel suites also include chef-ready kitchens with cookware as well as full-size washers and dryers.

One-bedroom units are typically going for $325 to $350 per night, depending on dates and availability, DeMott said. 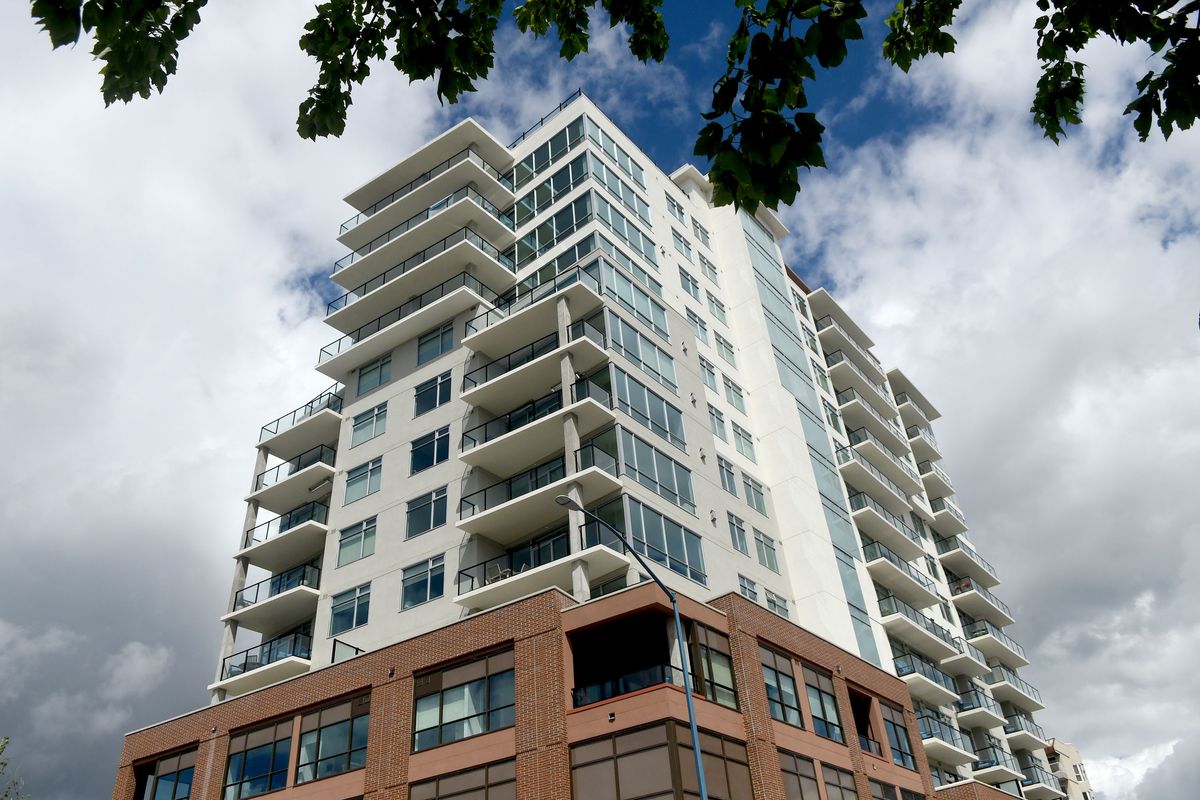 The dog-friendly property features an outdoor terrace with a dog run, patio seating and gas grills on the fourth-floor as well as a rooftop terrace with a hot tub, state-of-the-art fitness center and club room with a kitchen. Other amenities include high-speed internet, an energy snack station and private parking.

DeMott said the property is uncommon, in part, because of its design and close proximity to downtown Coeur d’Alene restaurants and amenities.

“It’s not your standard hotel by any means,” she said. “It’s kind of an urban lake house where guests can gather with family.”

OZ Architecture, of Denver, designed the property. Utah-based UPA Construction Group was the project contractor. Construction began on One Lakeside in 2018.

Austin Lawrence Partners initially proposed the One Lakeside high-rise in 2012, but construction took longer than anticipated because of a variety of factors, including a change in project contractors and supply chain issues during the pandemic, said Greg Hills, founder and managing partner of Austin Lawrence Partners.

After purchasing a lake home in Coeur d’Alene in 2002, Hills and his family spent several summers vacationing in city and fell in love with the area. Although Hills sold the lake home in 2008, he subsequently purchased the site that would eventually be home to One Lakeside.

“We thought we could do something interesting on the site. During the Great Recession, we were able to buy the site and start working on plans for it … We had planned to start it quite awhile go, but we got sidetracked with a bigger project in North Carolina,” Hills said. “Once that was just about done, we really ramped up (this project) and the timing ended up being really good. We’ve always loved Coeur d’Alene and thought this would be the type of building that would work well downtown.”

“I think it brings more of a current style to the inventory of product,” he said. “(One Lakeside) might be the only one with a rooftop deck, which is really quite spectacular. The views are quite beautiful.”