A GRIP ON SPORTS • Here we are, in the middle of the week in the middle of a typically overcast June and everything is different. Or soon will be over at the athletic offices of Gonzaga University. There is, however, some normalcy today, so we’ll pass that along as well.

• How has the Inland Northwest’s media landscape changed in the past four decades? The first press conference I ever attended in Spokane came a little more than 38 years ago. It occurred at the Spokane airport. It was for new Washington State basketball coach Len Stevens, replacing the legend, George Raveling.

No one at the S-R was available to go, so the new guy, one hired to work behind the scenes as an editor, was sent. That would be me. I showed up with a brand-new notebook, a borrowed recorder and little in the way of knowledge of WSU history. Heck, only one or two of the local TV stations sent someone. 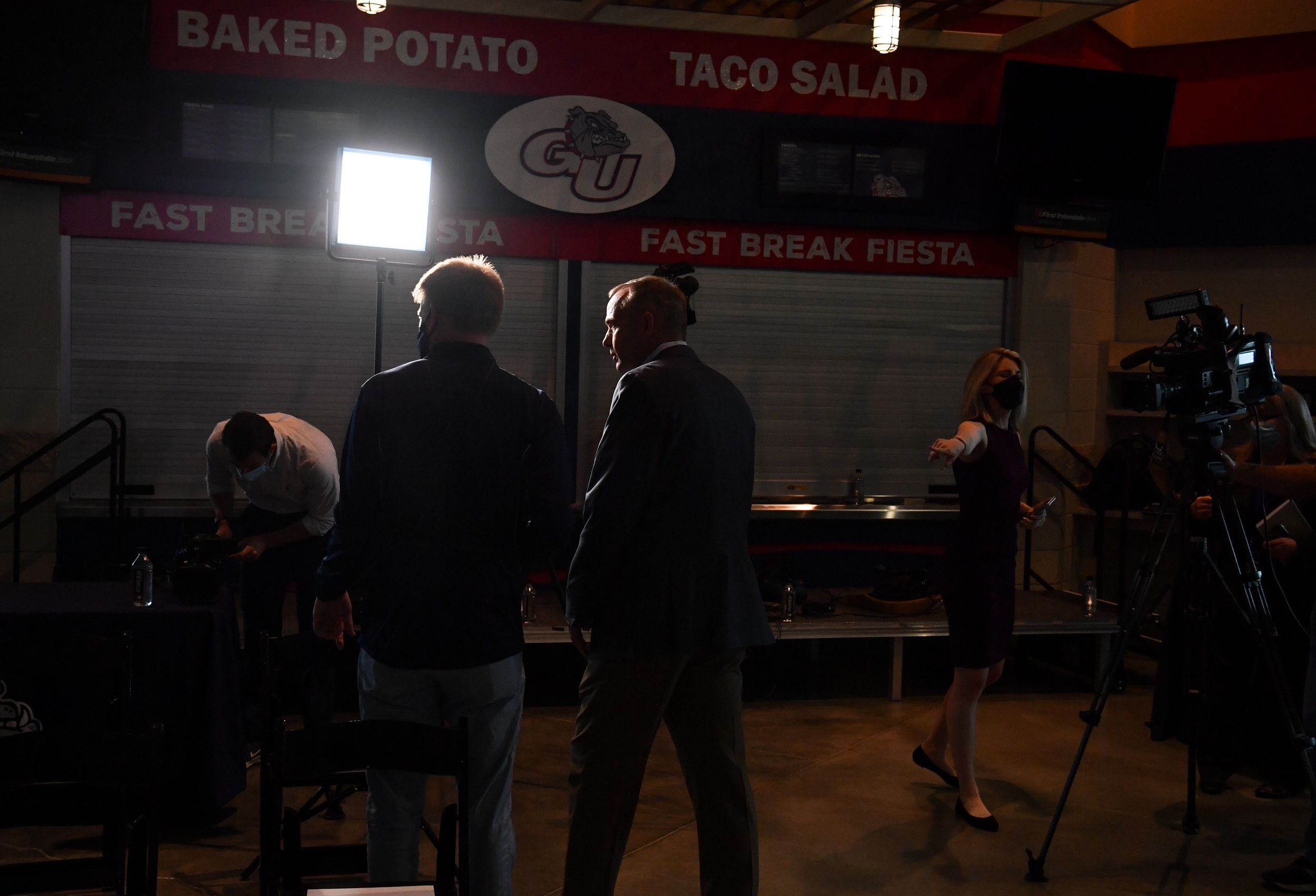 Contrast that with what happened yesterday at Gonzaga. Mike Roth made official what everyone knew. He was stepping down as the Zags’ athletic director. And his successor, Chris Standiford, was being formally introduced. The place was full, considering the pandemic’s last remaining restrictions. There were speeches, questions, individual interviews. TV coverage, newspaper reporters, Internet interest, a social media presence. An Event, with a capital E.

Times have changed. Everywhere, but nowhere more than at Gonzaga University.

Roth, as we opined yesterday, had an oversized part in that. His journey, as described expertly by John Blanchette, paralleled the Bulldogs’ rise to national prominence. Heck, the latter was caused in large part by the former. No less an expert than Mark Few feels that way and who are we to argue with a hall-of-fame caliber college basketball coach?

Now that journey comes to an end. The public part of Standiford’s begins. See, the next GU athletic director is no stranger to McCarthy Athletic Center or Hertz Field or any other part of Gonzaga’s athletic department. It’s probable everyone who picks up their newspaper today or watched TV last night saw Standiford’s picture and thought, “hey, I know that guy.” 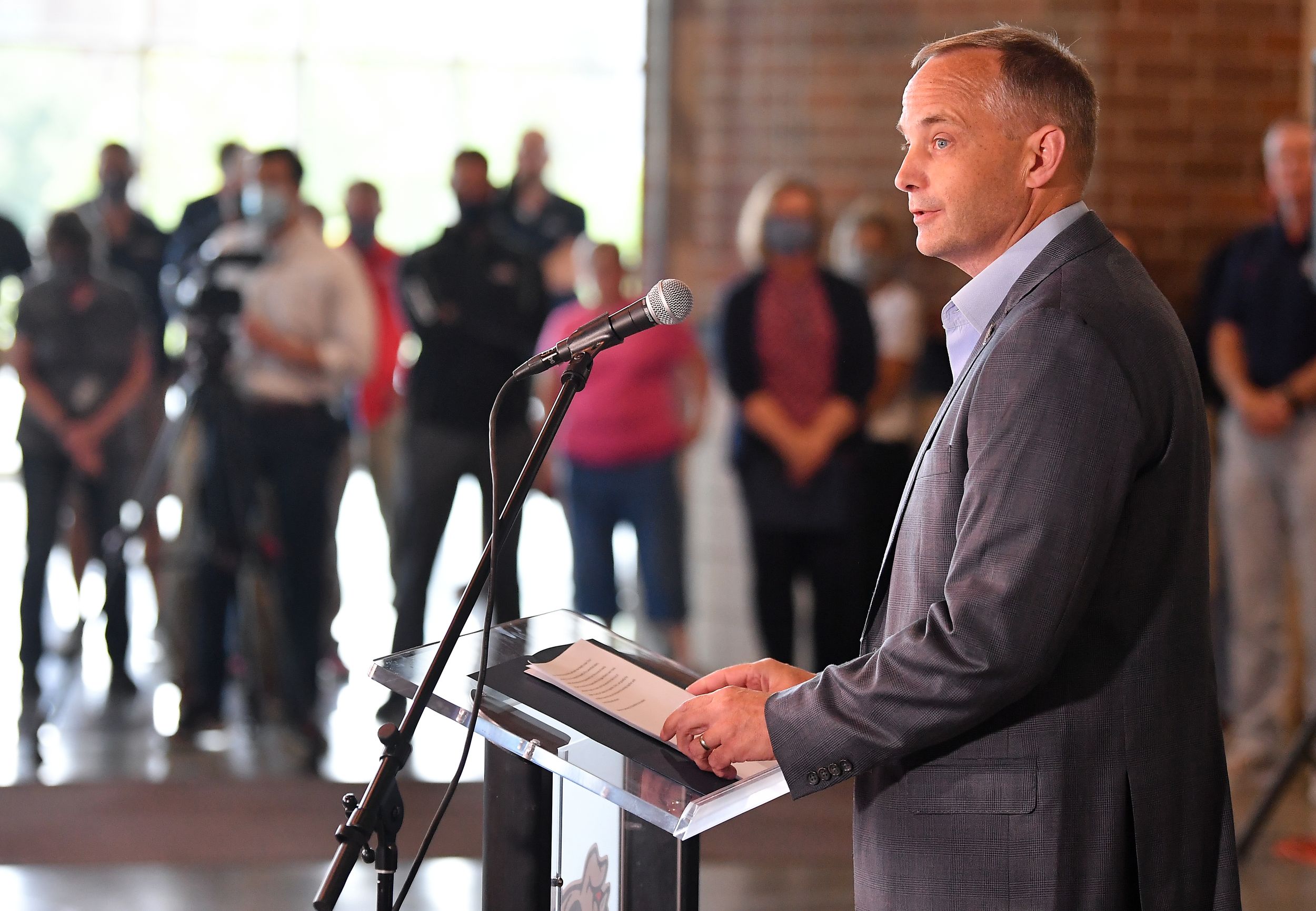 Though you may not have known his name. Or maybe you did, but just as Chris, the guy who always seemed to be in the background at every GU event. And, though I have no scientific basis for this, I’m sure he has attended every one of them since the turn of the century. He’s been at every one I’ve attended, that’s for sure.

And now he’s center stage, or will be Sept. 1, when he assumes control of Spokane’s athletic crown jewel. No pressure there. Just like there is no pressure replacing Roth, who just happened to help build something that has never happened before in college athletics. Lucky for everyone, Standiford has been around to witness it all. To learn, to help, to support.

And now to lead.

• The best franchises in baseball are consistent. Not just from day to day but from year to year. Oh sure, there are down seasons, seasons in which expectations are not reached, but over the course of years, there is a comforting form of sameness for fans to bank on. 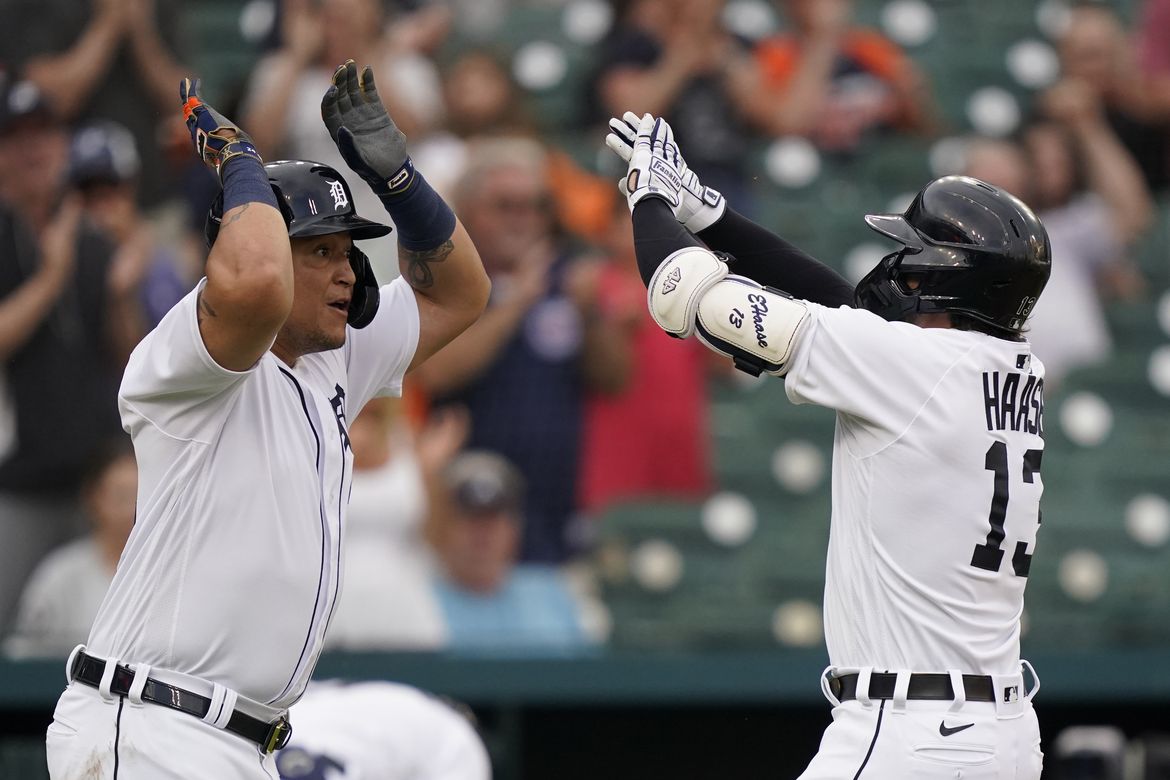 We’ve decided the Mariners are now in that category. One of the best franchises in baseball. They are consistently average. Oh sure, every once in a while there is a down year, when they are seriously below average, but those of us who root for the M’s don’t worry about those. We know in no time the Mariners will be back to being mediocre. At least there is no danger of them rising above that.

The M’s, circa 2021, are all about being mediocre. Winning a few games here that seemed unwinnable, losing a few there they seemed a lock to win. And nothing personifies that more than Seattle’s performance in its four games with lowly Detroit.

The Tigers, who have made it a habit to lose in the neighborhood of 100 games in non-COVID seasons recently, are actually within shouting distance of .500 thus far ­– if you have a really loud voice. Part of that is they have won all four times they have played the M’s, including last night in Detroit.

It’s comforting in a way. It’s June. Spring is winding down. Summer awaits. And the M’s are once again mediocre. The world is healing.

WSU: Around the Pac-12 and college sports, what should the conference do with its media rights? It’s the billion-dollar question, isn’t it? … Colorado’s quarterback competition will still be stiff. … There are a lot of new faces in Utah’s backfield. … Who will Stanford pick as its quarterback? … A former USC lineman is now headed to UCLA. … In basketball news, not only does UCLA have almost everyone back, the Bruins have a lot of recruits who came for the same reason. … Former Mt. Spokane runner John Dressel will take his final shot at the NCAA track and field championships with Colorado tonight. … In baseball, Stanford will travel to Texas Tech for its super regional. … Arizona will host and expects large crowds at Hi Corbett Field. 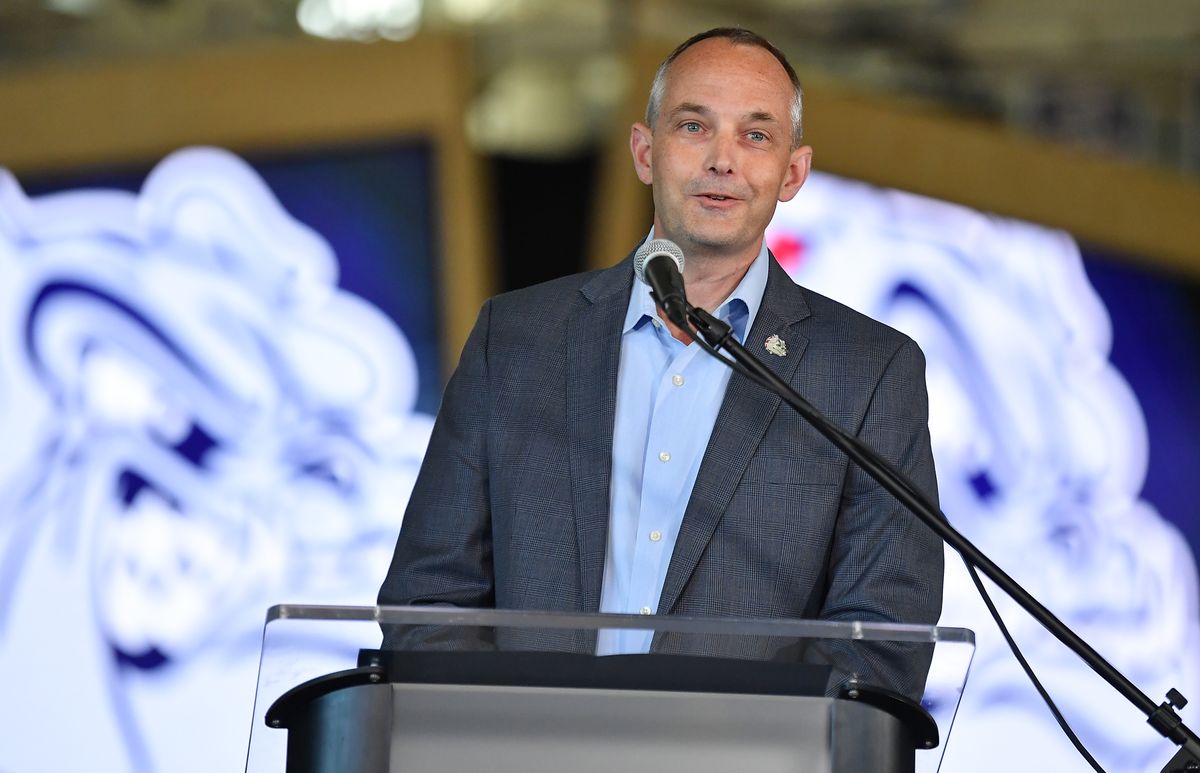 Gonzaga: We already linked John’s column on Roth, but we have more from Tuesday. … Jim Meehan covered the announcement Standiford will be the new athletic director. … Tyler Tjomsland has a photo gallery from Tuesday’s press conference. … Switching gears, Jim has a story on next year’s basketball schedule including Texas Tech in Phoenix. … John also has another column, this one on Gonzaga distance runner James Mwaura’s journey to the NCAA track and field championship, which starts tonight in Eugene. The championship seems at home there. … Elsewhere in the WCC, USF will also play in the same Phoenix tournament the Zags are in, facing Grand Canyon.

EWU: Around the Big Sky, Montana has strengthened its football roster. … Montana State found out three basketball players are coming back for an extra season.

Preps: There were GSL basketball games last night as well as other sports. Dave Nichols has a roundup. 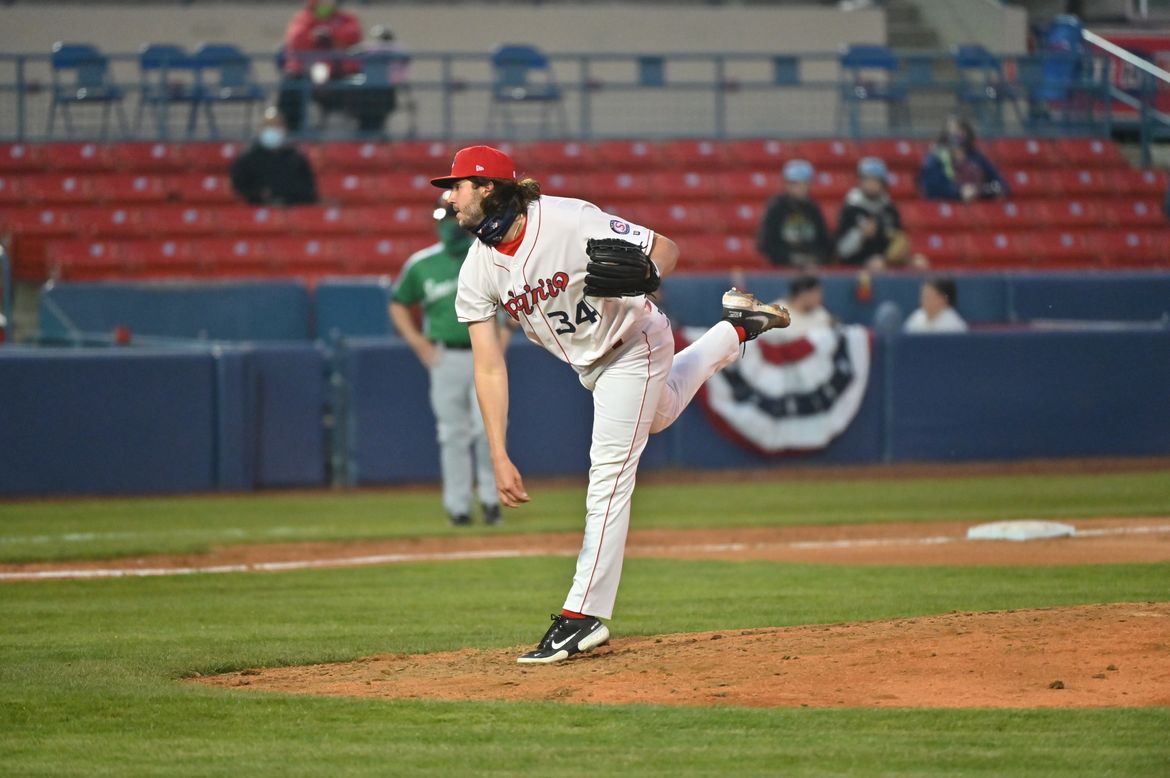 Indians: Dave was also out at Avista as Spokane opened a series with Vancouver. The Indians fell 8-6 as starting pitcher Helcris Olivarez struggled a bit. … Dave had a notebook before the game, starting with a high draft pick deciding to retire from the game. … Larry Weir’s latest Press Box podcast features a conversation with Mike Boyle. … Around the High-A West, Hillsboro will have more fans in the stands.

Shock: Speaking of notebooks, Ryan Collingwood has one about the Shock. He looks back to the win over Northern Arizona and ahead to the game this weekend with Sioux Falls.

Mariners: As we mentioned above, the M’s lost to the Tigers once again. Marco Gonzales didn’t have his best stuff. … Jerry Dipoto has no regrets about giving Jarred Kelenic a major league opportunity.

Seahawks: Russell Wilson and the Hawks seem to be getting back on the same page. So are all the veterans. … DK Metcalf is impressed with the new offense. He also wants to explore more than just the NFL.

Storm: Is Jewel Lloyd a legitimate WNBA MVP candidate? Yes she is.

• Today is an anniversary of sorts. A sad anniversary. It’s been exactly a year since our dog, Yogi, passed. The past 365 days haven’t been the same as the more than 3,000 that preceded them. Which is why I decided to find the column I wrote a year ago and link it. It’s my way of honoring my faithful companion who is no longer sitting behind me. And to connect with so many of you who have traveled the same path. Oh, and I have already turned, looked at his bed and asked if he wanted to join me as I get another cup of coffee. For old time’s sake. Until later …