Gonzaga men’s basketball coach Mark Few and National Collegiate Athletic Association President Mark Emmert, a Pierce County native who served as the University of Washington’s president before taking the helm of the NCAA in 2010, testified in a hearing convened by Sen. Maria Cantwell, D-Wash., who chairs the Senate Commerce Committee.

The panel is tasked with reconciling proposals to govern how student athletes can be compensated for the use of their name, image and likeness – known as “NIL” rights – including in games, on social media and through endorsements and merchandise sales.

“We are at a critical juncture in college athletics, and it really isn’t an exaggeration to say the future of college sports is in jeopardy,” Few told the committee. “We absolutely should have addressed these NIL rights a long time ago, and I’m embarrassed that we’re here having to deal with it right now.” 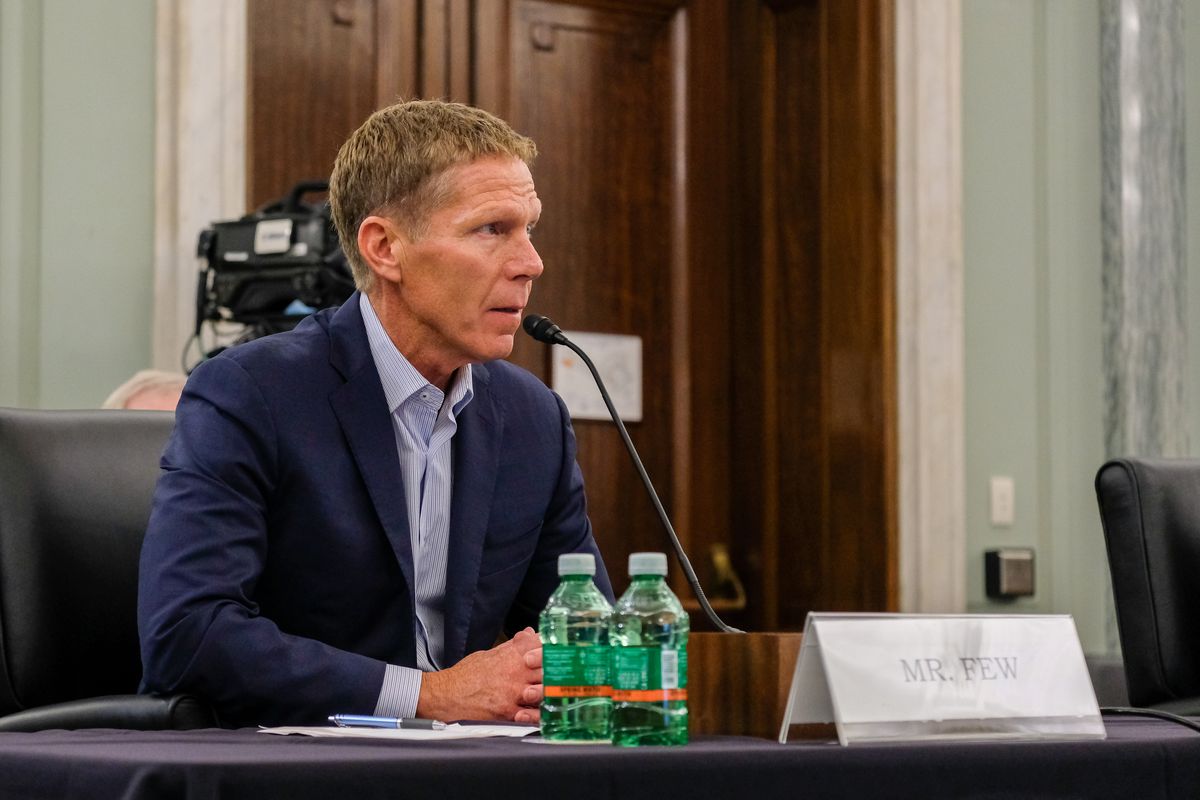 “These changes are long, long overdue,” Few said. “All athletes deserve to use their own name, image and likeness in commercial endorsements and on social media, and I am very much in favor of them profiting as much as they possibly can from this.”

Amid mounting criticism of the NCAA, schools and private companies making money from amateur athletes, a wave of state-level NIL laws has raised fears of an unfair patchwork of rules unless Congress acts swiftly to standardize how college athletes can be compensated. Since California’s Legislature opened the floodgates by passing a law in 2019, more than a dozen states have passed their own laws, driven in part by a desire to attract the nation’s top recruits to their universities.

Washington is not among those states, but Oregon’s Legislature is considering an NIL bill that would require schools to make royalty payments to each athlete for licensing deals. After the hearing, Few told The Spokesman-Review if Congress doesn’t pass a bill before July 1, when NIL laws are set to take effect in six states, it could hurt the ability of Gonzaga and other schools in the state to recruit the nation’s best players.

“With us being a state without NIL, it’s certainly going to impact recruiting in a huge way,” said Few, who has built Gonzaga into a top destination for elite high school basketball recruits.

As leader of the Commerce Committee, any federal NIL legislation has to go through Cantwell. While there is a wide consensus college athletes should be allowed pay – all six witnesses answered “yes” to that question Wednesday – lawmakers will need to sort out a number of issues, including what kinds of endorsements would be allowed and how to preserve the revenue-sharing system that lets revenue from the most popular programs – typically football and men’s basketball – subsidize other teams.

“Everybody wants to see NIL rights and see legislation,” Cantwell said. “The question is: How are we going to get that done?”

Sen. Jerry Moran, R-Kan., authored a bill seen as a basis for bipartisan compromise. The legislation would ensure students be paid while preventing schools from classifying them as employees, shielding the NCAA from potential antitrust lawsuits. Yet some senators signaled Wednesday a compromise could be tough to reach.

Sen. Richard Blumenthal, a Connecticut Democrat, promised to block any bill that is “weaker” than the law his state’s legislature passed Tuesday. Blumenthal is one of several senators who has drafted his own NIL legislation and suggested Congress should pass a broader “bill of rights” for college athletes, citing high rates of injuries and an HBO investigation that found 30 students have died during workouts since 2000.

“What we’re seeing is a chain reaction of states filling a gap in protecting people,” Blumenthal said. “If you listen to the athletes, what they will tell you is they want more than just to be shown the money. … They want a strong, enforceable standard for health and safety and educational opportunities, because the overwhelming number of athletes in this country will never make a lot of money off of NIL, but all too many of them will suffer life-changing injuries or deprivation of educational opportunities.”

The NCAA’s 1,200 colleges and universities are rushing to pass their own NIL rules before July 1, Emmert said, but, “this task is made virtually impossible by the many ‘name, image and likeness’ laws that are passed at the state level.”

“However well-intentioned the multiplicity of state laws are, they confuse rather than clarify the (NIL) landscape,” Emmert said. “This is why we are urging Congress to pass legislation to create a single, national NIL standard.”

Few made waves in October 2019 when he expressed support for letting student athletes collect compensation while saying California Gov. Gavin Newsom should “stay in his lane” and let experts work out the “incredibly complex issue.”

Critics of NIL laws worry they would disproportionately benefit star athletes who could capitalize on social media followings and high-profile endorsements while most athletes would see relatively little money.

Others are concerned about disrupting a model that sees football and men’s basketball programs at many schools subsidize other sports, including equal treatment for women’s and men’s sports as required by federal law in Title IX of the Education Amendments Act.

Gloria Nevarez, the commissioner of the West Coast Conference in which Gonzaga competes, wrote a March op-ed in the Capitol Hill newspaper Roll Call calling on Congress to “reject misguided proposals that would upend the collegiate model that provides opportunity to 80,000 female athletes per year in sports that cost more than the revenue they generate.”

With just three weeks until the July 1 deadline and the Democratic-led House and Senate focused on enacting President Joe Biden’s legislative agenda, Congress is unlikely to pass a federal law before the state laws kick in. Emmert is expected to come up with a temporary fix to let athletes collect pay without violating NCAA rules, which currently prohibit compensation for collegiate sports.