A GRIP ON SPORTS • There are about four weekends a year when it doesn’t bother us to be a bit sick. Not really bad, mind you, but just enough no one wants to visit and you can bail out of any sort of chores or responsibilities. A give-me-a-few-days illness. This is one of those weekends.

• And, you may ask, what those weekends correspond to? It’s simple. It’s the four weekends of the major golf tournaments. No, really. Why did you spit out your coffee?

Look, we understand watching golf for some is as exciting as sitting in the front yard watching the flowers reach for the sun. It’s just not like that for us. And the reason is simple: We can’t do what these guys can do. 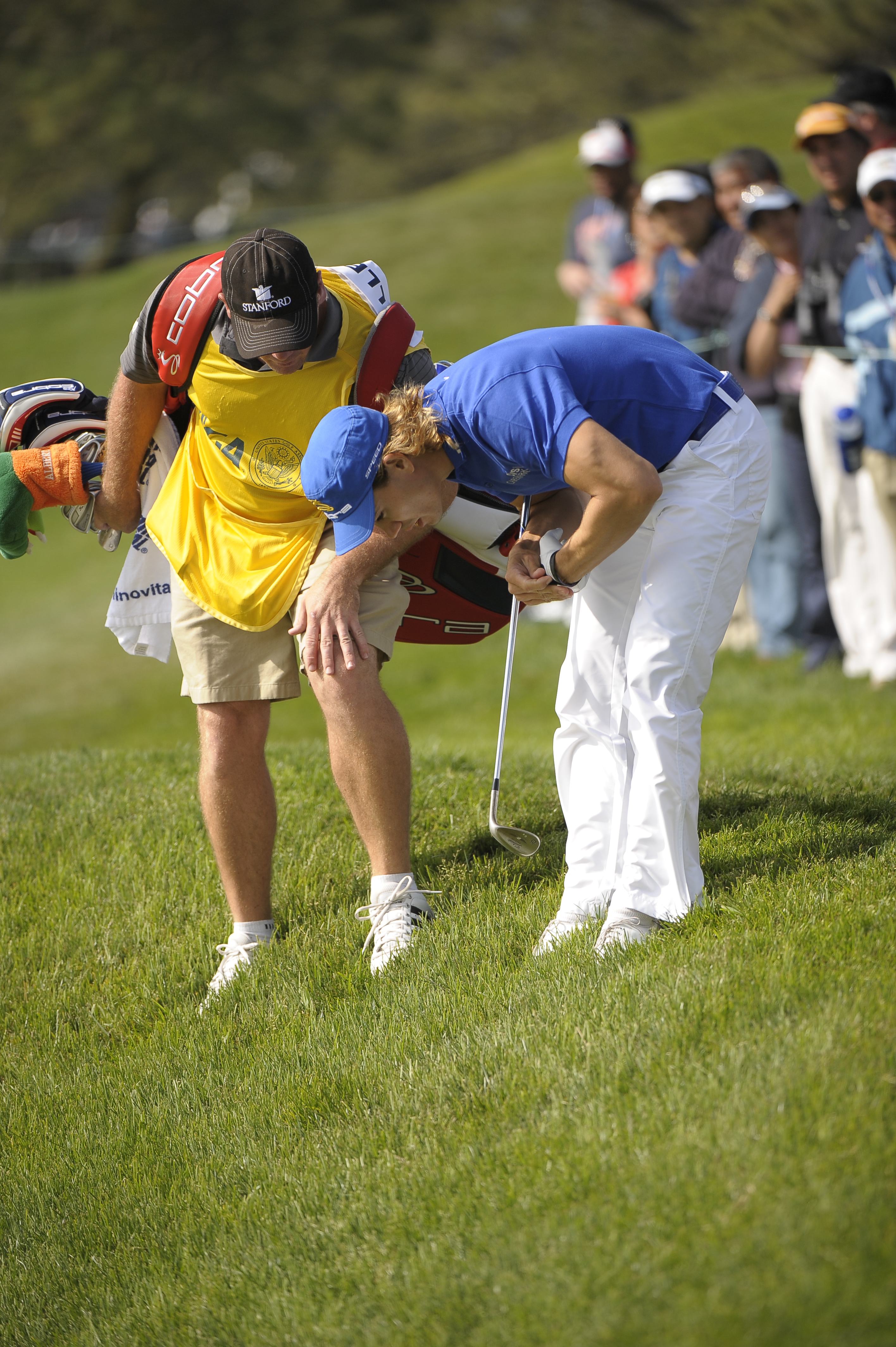 Most of us will never face a guy throwing a 95-mile-per-hour fastball that darts away at the last second. Or try to block someone who weighs more than 300 pounds but can still dunk a basketball. Or try to stop a similar human being from, you know, dunking said basketball on your head.

But many of us have had the enjoyment – if that is the right word – of playing the same game as those who will be doing it for the next four days on the north end of San Diego. In fact, with a little ingenuity and a lot of money, we can even play some of the same courses these guys play.

Which make watching these folks fun. Especially this weekend, with the U.S. Open on tap.

It’s not just because they are playing a public course – Torrey Pines is accessible to any of us except when it is hosting a pro golf tournament – though that’s part of it. But watching the U.S. Open from Winged Foot or Shinnecock or Baltusrol is just as fun even if there is no way we would even be able to walk in those private clubs’ parking lots. The reason is simple. The USGA makes the course hard to play. Not just for us – any course on any day fits that description – but for the best players in the world.

We write down an eight on a par four all the time. Who hasn’t hit a drive out of bounds, chunked an 8-iron from of the rough and three-putted from 27 feet before? All on the same hole? It’s a communal experience of which Dustin Johnson or Brooks Koepka may never have been a part. Except this week they may.

It’s that tantalizing hope of catastrophe that keeps us glued to the TV. The equivalent of a NASCAR crash, if you will, without the risk to life. Limb, maybe, but not life.

It’s also why today is so important. We want to get to the TV and see how the USGA has prepared what is, at times, a pretty benign course. At least compared to some on the Open rotation.

The past few years the weapons at the organization’s disposal to protect par have lost some of their bite. Long deep rough? Bryson DeChambeau had no issue with it last September at Winged Foot, using his strength and distance to render it somewhat moot. Fast greens? There is a limit to the speed, especially at a place like Torrey Pines, which has a couple greens that just won’t hold if they are too fast. Besides, too fast and the players whine so much it drowns out the competition for a couple days. Weather? Even the USGA can’t control that, though it probably working on it.

The average golf fan probably likes to watch the best in the world bring a course to its knees. Some of them, the little more sadistic maybe, would rather see the course win. After all, the local muni holds a 97-percent winning percentage against them. There is something comforting when the U.S. Open site does the same against the world’s best. 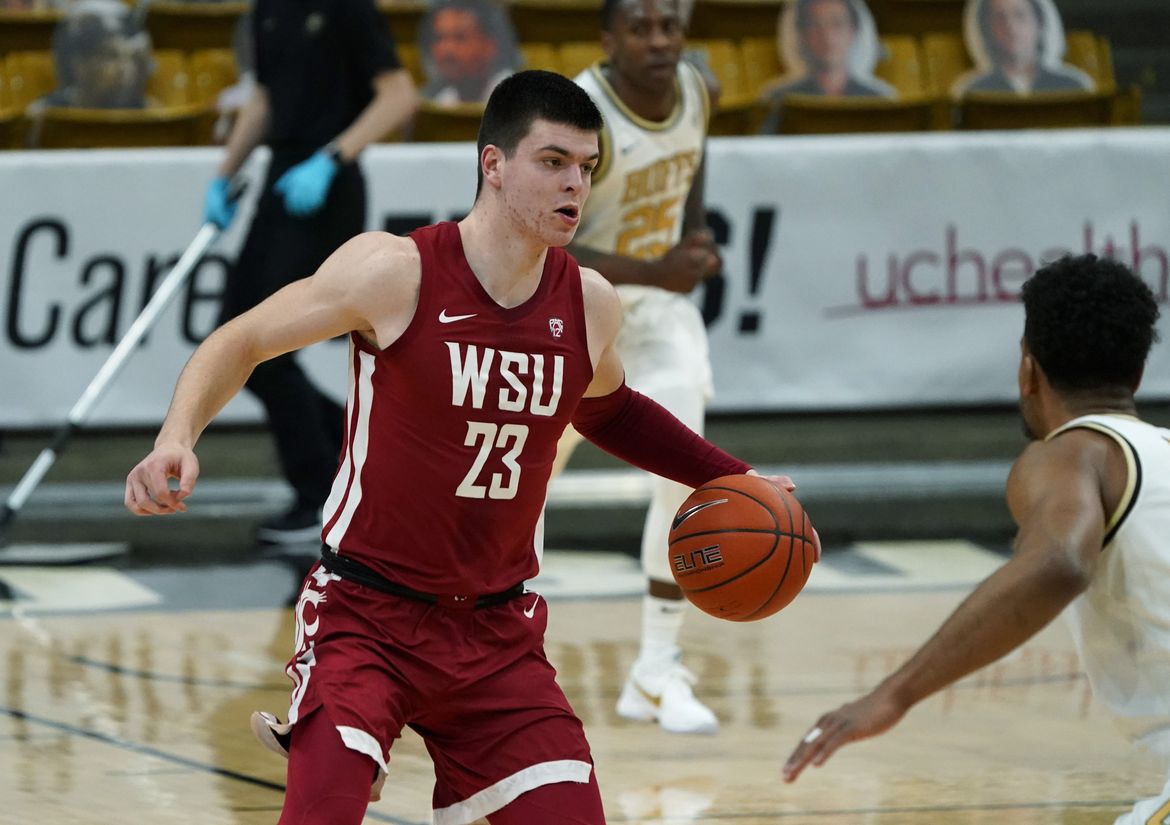 WSU: The Cougar basketball program made a lot of headlines recently by attracting some top transfer talent and recruits. But the roster was a bit over stuffed. Which presumably explains why Andrej Jakimovski recently put his name in the transfer portal. Theo Lawson has more in this story. … We linked this yesterday when it appeared in the San Jose newspaper, but here is Jon Wilner’s look at the top 10 transfers for the conference, as presented in the S-R. … Elsewhere in the Pac-12 and college sports, there is a seismic rumble running through the conference. Arizona State is expected to be one of best football teams in the Pac-12, but it was revealed yesterday by The Athletic the Sun Devils are under investigation by the NCAA for recruiting violations. … Want to look back? The Oregonian does just that with the athletic years at Oregon and Oregon State. … Former Sonic star Gary Payton explains why he decided to become a college basketball coach. … Will college football scheduling change if and when the playoffs expand?

Gonzaga: What was the most exciting game you watched over the past year? For many, it was GU’s NCAA semifinal win over UCLA. So much so, it’s been nominated for an ESPY. Jim Meehan has more information in this story. … Around the WCC, Saint Mary’s has signed Augustus Marciulionis, whose last name is well known among Bay Area basketball fans. 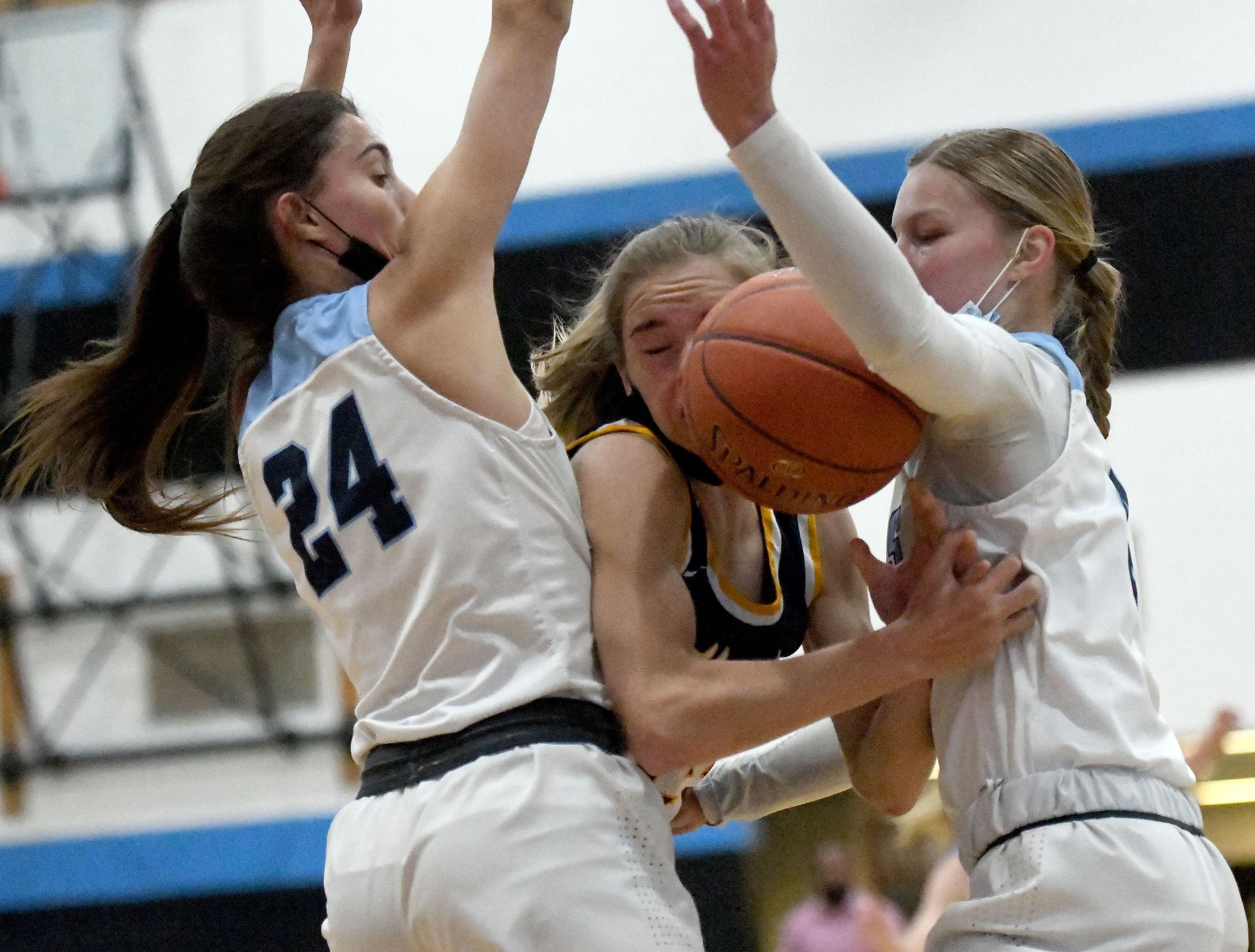 Preps: It seems weird to write this but the high school basketball (and slowpitch softball) seasons are over. In late June. Mt. Spokane won the boys’ basketball 4A/3A title with a 63-60 win over visiting Central Valley. Dave Nichols has that story. … On the girls’ side, Central Valley topped Mead by the same score – that’s odd – to claim the title. Steve Christilaw has the story and Kathy Plonka has a photo report. … The Mt. Spokane softball program claimed the slowpitch title with a 9-2 win at Mead. The championship goes with its fastpitch title won a little over a month ago. Justin Reed has that coverage.

Indians: Spokane rallied in the top of the ninth to take a 4-2 victory over Tri-City in Pasco. 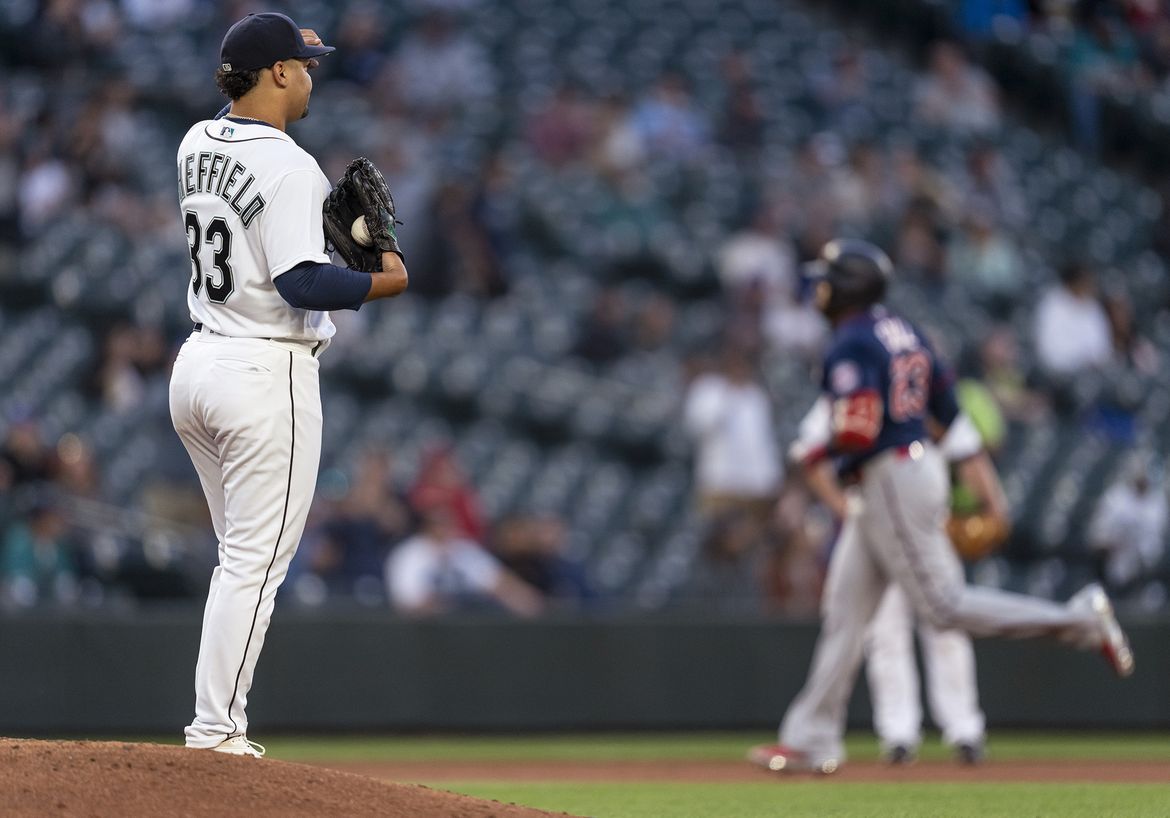 Mariners: Nelson Cruz can still drive the baseball. He did Wednesday night in the Twins’ 7-2 victory in Seattle. It wasn’t Justus Sheffield’s best start. … When James Paxton re-signed with the M’s last winter, it seemed a rematch made in paradise. But the injury bug that has followed Paxton throughout his up-and-down career bit him again. … Ty France has been hit a lot. Maybe it’s because he gets hits a lot. Or maybe it is just something else. 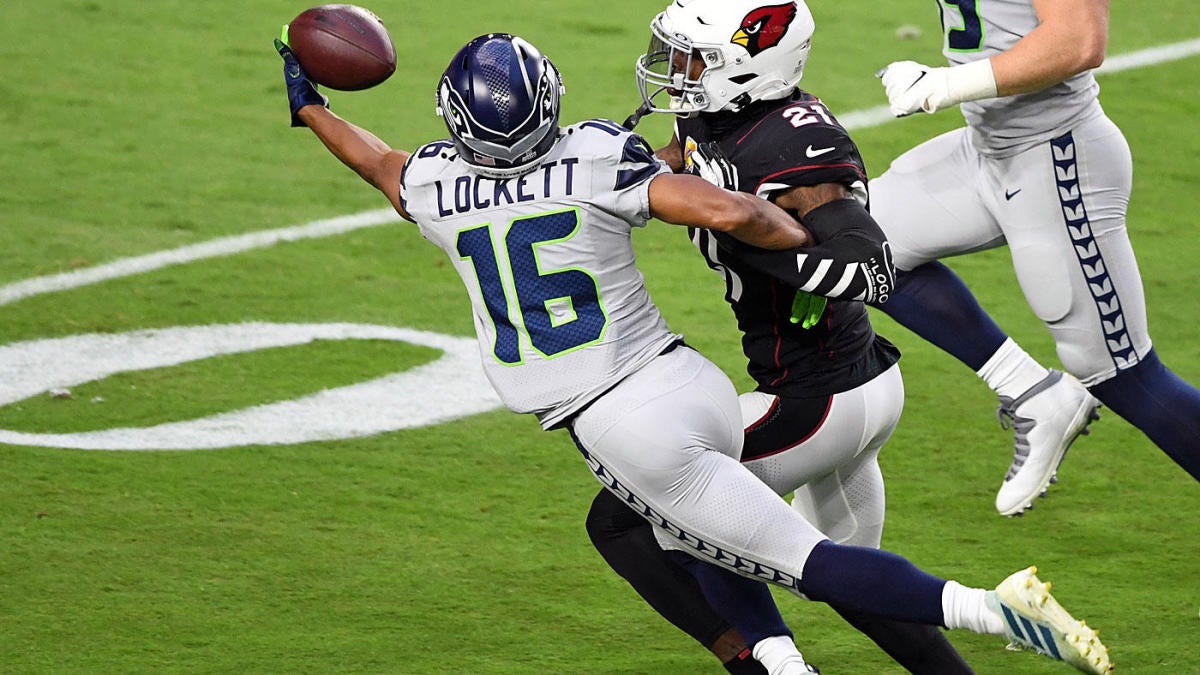 Seahawks: The NFL isn’t ordering its players to get vaccinated. It’s not possible under its labor agreement with the NFLPA. So the league has set up different sets of rules for those who do and those who don’t. Reading through them, it sure will be an easier season for those who do. … Maybe that’s why Pete Carroll wants everyone vaccinated. Or maybe it’s just because he worries about his players. … Tyler Lockett has his opinions. … The new offense has yet to reveal all its secrets. … Robert Nkemdiche is hoping for a fresh start with the Hawks.

Sounders: Seattle returns to action after an international break. There is plenty to watch.

Storm: After a slow start, Seattle’s defense has picked up markedly.

• Now that we are done writing for the day, it’s time to turn the TV on and watch the golf. Not all day. No, that would be silly. Twelve or 13 hours should just about do it. Until later …