A GRIP ON SPORTS • Every sport ever played has evolved in the past decade. If you have been watching the Olympic swimming or the track and field trials, you know it’s true. Or the NBA and NHL playoffs. Baseball. So why would golf be any different? 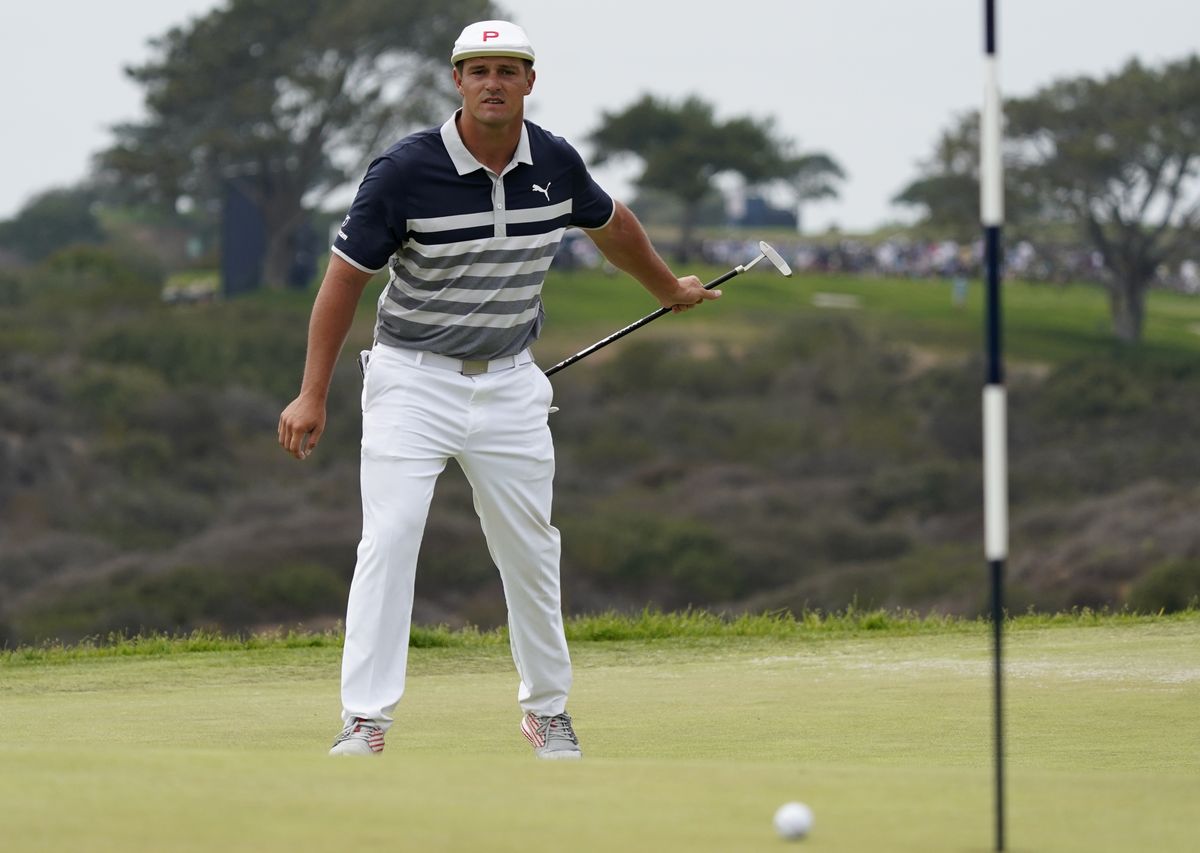 • You would think we would be talking about golf and change after Bryson DeChambeau won another U.S. Open, but that didn’t happen yesterday. A high-handicapper-like 44 on Torrey Pine South’s back nine took care of that. Still, the changing nature of the sport was there for everyone to see during Sunday’s final round.

Oh, sure, there is a Milky Way-like galaxy of stars shining each week but one dominant star that lights the way for everyone? Nope, that is gone, done in by age and poor decisions by one Tiger Woods. And that isn’t good for the sport no matter what some may say.

We are old enough to remember the 1980s and 1990s. Almost 20 years of golf being dominated by, well, no one. After Jack Nicklaus won the PGA at Baltusrol in 1980 (the 17th of his 18 majors) the game suffered through a similar period of semi-darkness we are seeing now. It wasn’t pretty.

Only the emergence of Tiger Woods, who won his first major at Augusta in 1997, brought the game back into the world’s spotlight. “But what about …?” OK, who are you going to name? Seve Ballesteros? Nick Faldo? Ernie Els? All won at least four majors in that stretch and none, other than maybe Ballesteros, caught the public’s eye. Problem was, to be a guiding star, one has to be available in the U.S. and Ballesteros really never was. He preferred the European Tour to living in the States and that hurt. Then he got hurt and his balky back cut short his career.

Faldo, from Great Britain, parlayed his six majors (three British Opens and three Masters) into a knighthood and a television career that is still going on but he was never much of a factor in the U.S. Open or PGA. And Els, from South Africa, was so quiet as to be nearly invisible.

Heck, the biggest star in that two-decade stretch might have been John Daly, the unknown qualifier who won the 1991 PGA out of nowhere, returned to his cigarettes and adult beverages for four years, then won the British Open at St. Andrews in 1995. His fame came more from a Babe Ruth-like build, swing and lifestyle than it was built on his golf ability. And that was unsustainable. 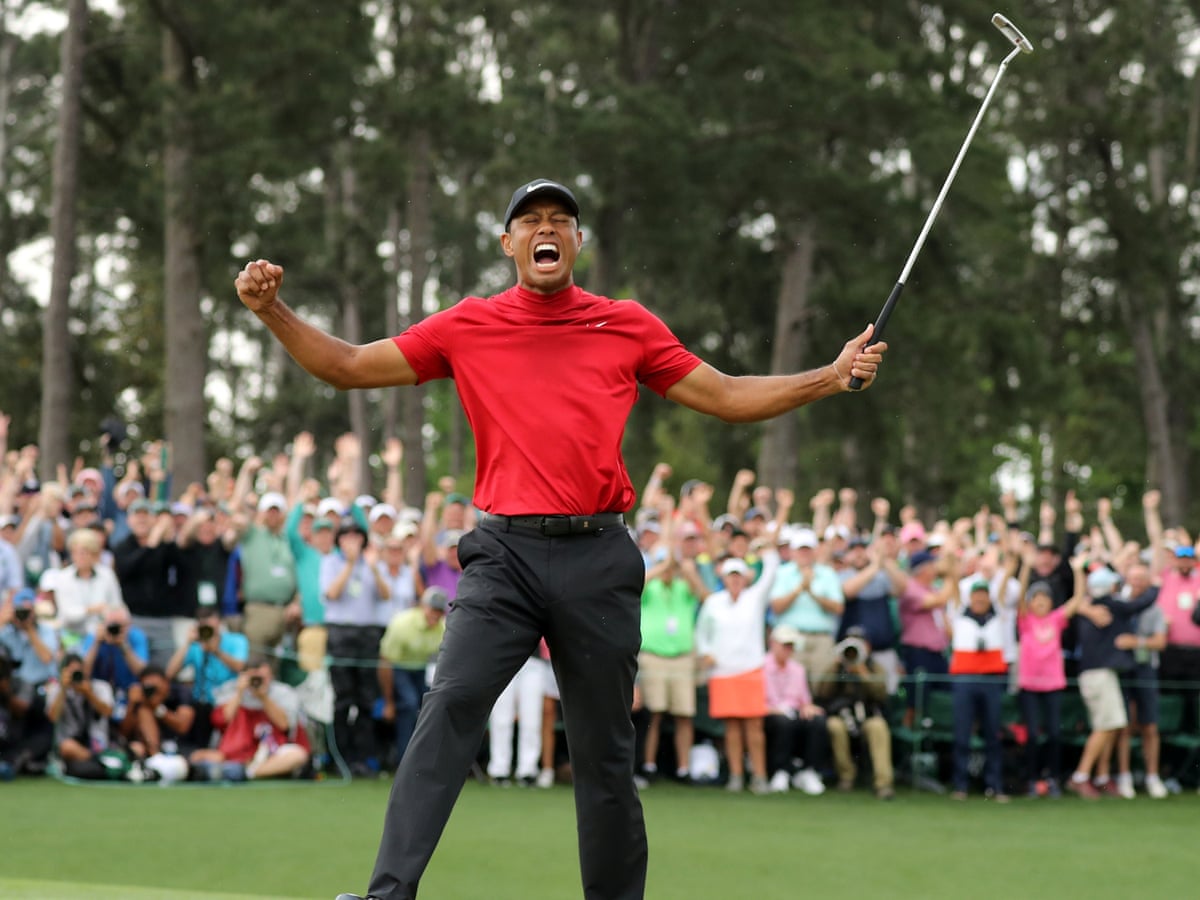 Tiger, of course, guided golf out of that wilderness and brought it into the 21st Century. In many ways.

The game grew its audience. He became one of the world’s most recognizable athletes. His physical nature was lauded and he dominated the Tour – and the majors. He seemed to bring the courses and his opponents to their knees. Golf’s popularity grew and the money rolled in. It was akin to Arnold Palmer’s ascendance and run of fame in the late 1950s through the mid-1960s.

Palmer lit the torch then and Nicklaus picked it up, giving golf 25 years of popularity, a run still unmatched in the game’s history.

Now, with Tiger more than likely finished as an on-course star (he is still recovering from the injuries suffered in a one-car crash), the game is searching for another guiding light.

It’s funny. Thanks to Tiger, the depth of talent has never been deeper. He made it cool to take up the game. As numbers grew, so did the chances for the emergence of outstanding players. We saw that yesterday, when the leaderboard early in the U.S. Open final round looked like the Yankees’ 1961 starting lineup.

And therein, in a weird way, lies the problem.

Name one? Brooks Koepka? Rory McIlroy? Dustin Johnson? Jordan Speith? All of won multiple majors but none have done enough to capture the golf world’s imagination.

DeChambeau has grabbed the villain’s black hat and coat and run with it, but that’s not enough, is it? Heck, not even his feud with Koepka is enough. We need someone to root for, not just against. And success, lots of success, is the only way to become that person.

We are so starved for a Tiger-like presence that when Phil Mickelson surged to the PGA lead last month, everyone grabbed on and rooted him to victory. Even though he was 50 (then) and his success is unsustainable.

Let’s use that number, 50. In the last 50 major tournaments (the Masters, PGA, U.S. Open and British Open), players with only one major victory on their resume won 25 of them. That’s half. Half.

Even Woods, who in 2008 won his 14th major (ironically enough, at the same site as yesterday’s U.S. Open, Torrey Pines), didn’t win another until 2019’s Masters.

In that stretch, only one year, 2014, did a first-time winner not triumph in at least one major tournament. 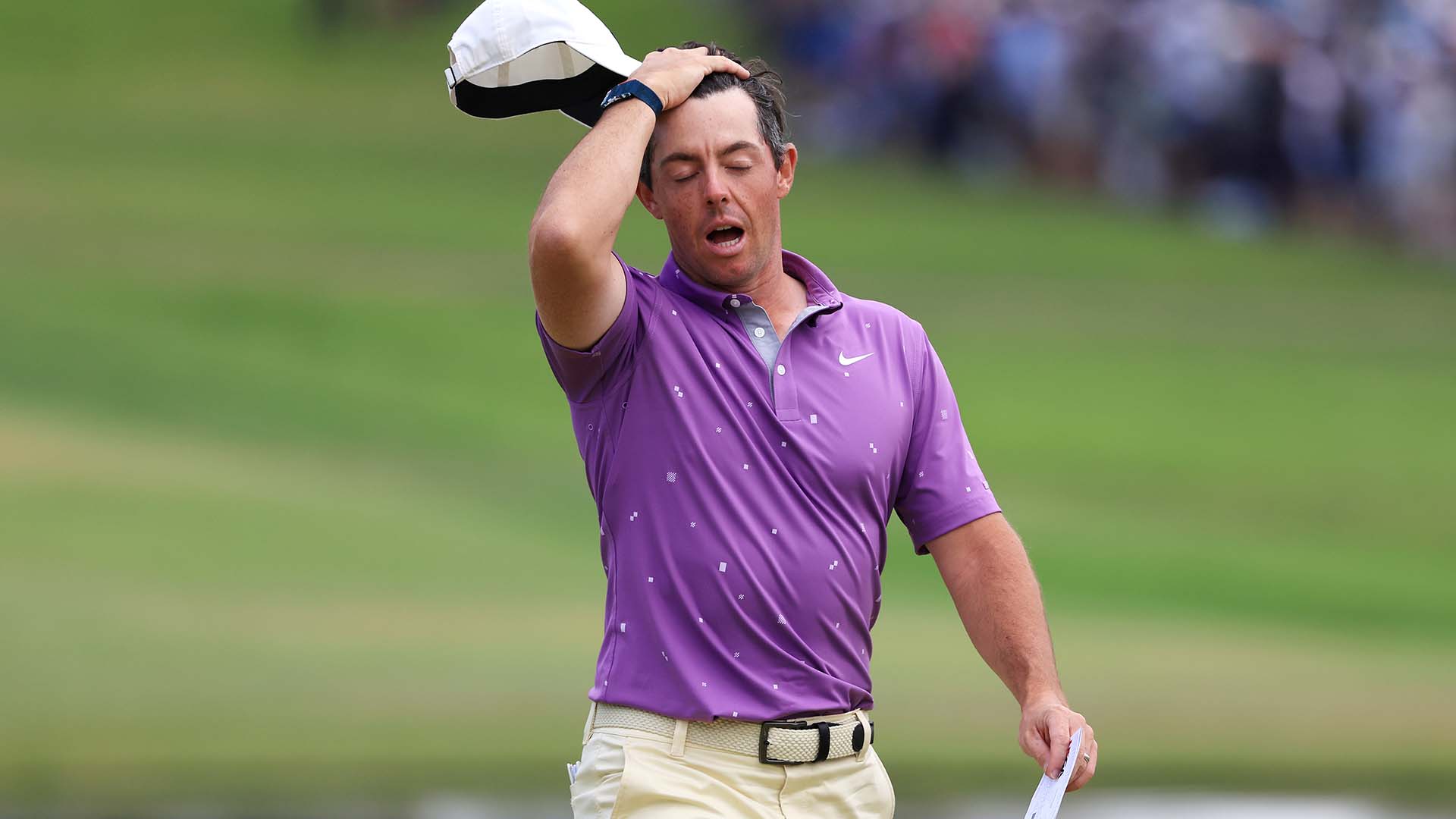 Is there parity now? Sure. Does it give more players hope they can win one of golf’s four most-prestigious trophies? Yep. Is that good for the sport’s place in the national spotlight? Not really.

The question that dominates the Tour’s boardroom has to be who will emerge as the next great champion? The next Woods, the next Palmer, the next Ben Hogan? Or maybe the question is will there even be one? Is the game in such a place as to be impossible for anyone to be like Palmer and win seven majors?

And, if it happens, will that player have a personality that captures the public’s attention?

The long-term health of the game may depend on it.

• Wow, we wrote more than 1,000 words and didn’t mention who won the U.S. Open yesterday. That would be Jon Rahm, who is much better at sinking long, crucial putts than he is at carrying his newborn baby – how many times did you scream at the TV, “cradle the head, Jon, cradle the head!” as he was walking with his daughter?

The Arizona State product birdied 17 and 18 to grab the lead and win his first major title. Of course. 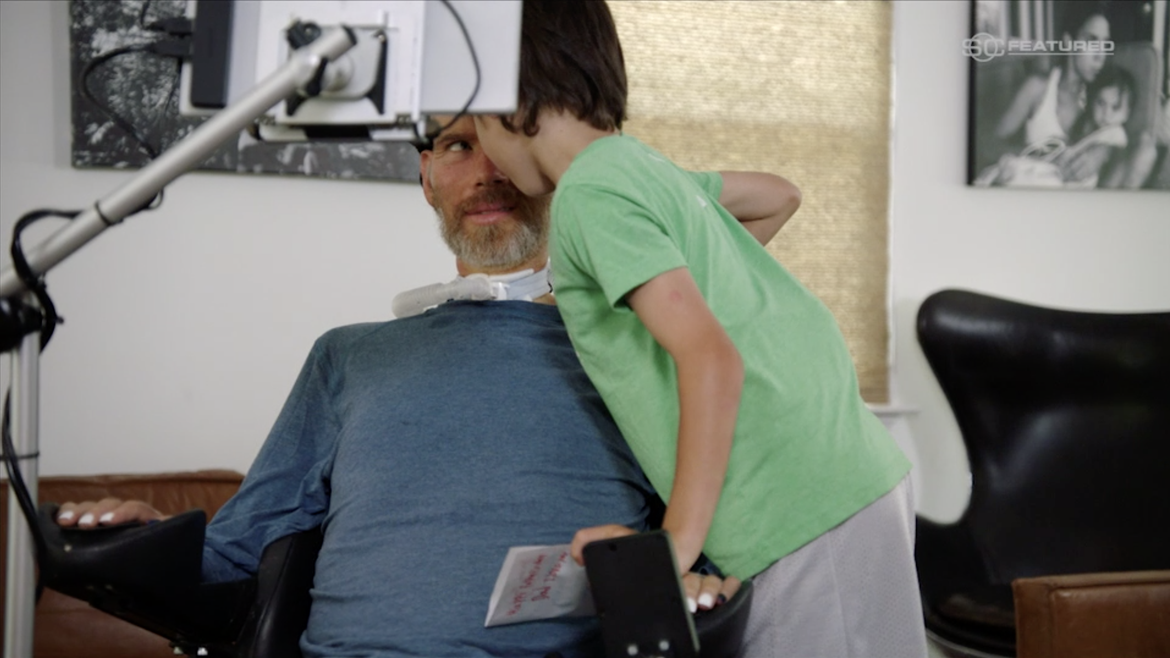 WSU: There wasn’t a better Father’s Day feature yesterday than SportsCenter’s tribute to Steve Gleason. None. Theo Lawson has this story on the special highlighting the bond between Gleason and his 9-year-old son Rivers. … Elsewhere in the Pac-12 and college sports, the fight over name, image and likeness is still going on, even as laws in six states are set to take effect July 1. Will the NCAA act before then? … The Supreme Court ruled against the NCAA in the Alston case this morning. We will delve into this more tomorrow. … One of the two Pac-12 teams at the college baseball World Series will be eliminated today when Arizona and Stanford meet. The Wildcats haven’t loss consecutive games since mid-April. … Colorado’s football roster is relatively set heading into the summer. 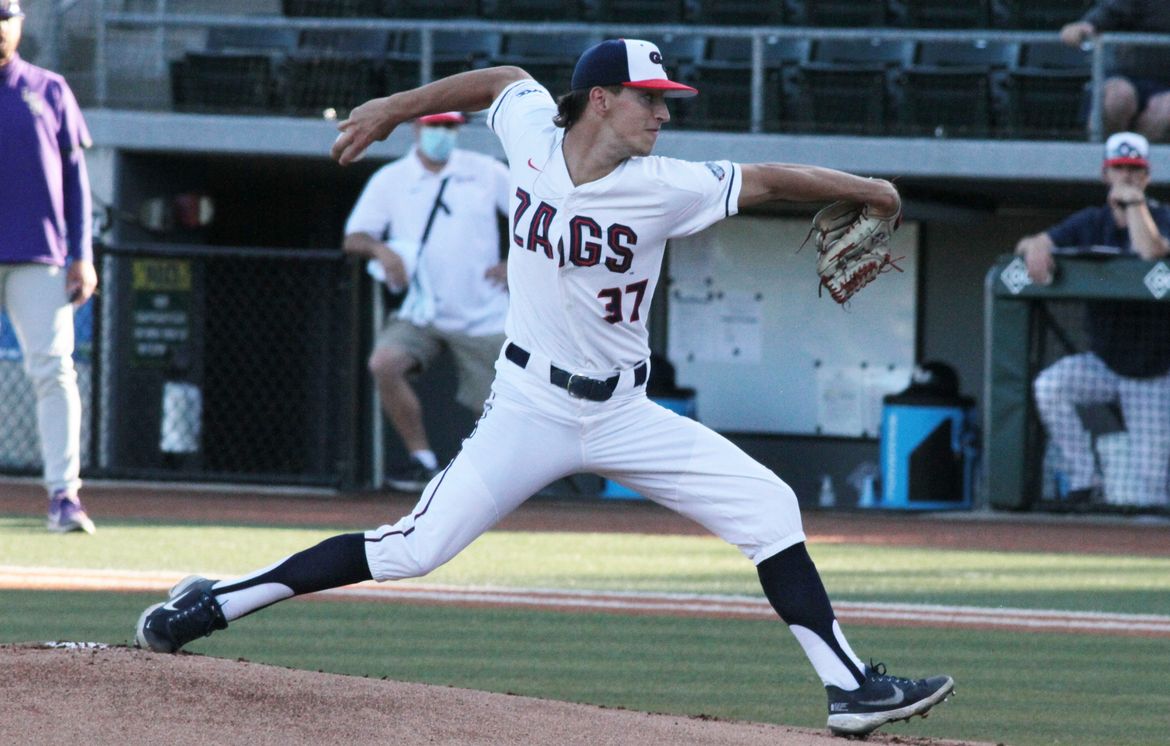 Indians: The final game of the six-game series in Pasco versus Tri-City was a rout. Spokane won 12-2 as Niko Decolati drove in four. Dave Nichols has this story.

Mariners: Shed Long’s grand slam in the bottom of the 10th lifted the M’s to a 5-1 win over the Rays and a surprising four-game sweep. Tampa Bay came in leading the American League East and left it no longer on top. … The M’s have been really good at closing out wins. … Ty France’s wrist is still a problem.

• We watched a little bit of the track and field and swimming Olympic trials, both of which made us acutely aware the Summer Games will be occurring in an odd year. Odd as in on the calendar and odd as a year late. And yet the drama of trying to qualify for the U.S. team is as normal as ever. It’s a big deal. Until later …