A GRIP ON SPORTS • Let’s pause before the storm of heat and check our bearings, OK? And thank those in power for the decision to move Hoopfest from the upcoming weekend to September. Who would have wanted to be playing (or watching) basketball on city streets with the temperatures reaching Hades levels?

• The last year we participated in the best event Spokane has to offer? I believe it was 2002. At least that’s the last T-shirt I have in my collection. So we are nearing a 20-year anniversary of sorts. Weird, it seems like only yesterday I was tripping all over myself, and the tape marking the 3-point line, for the final time.

And making it to the finals. The one and only time in more than a dozen attempts. Heck, we were eliminated on Saturdays more often than not. Good times. 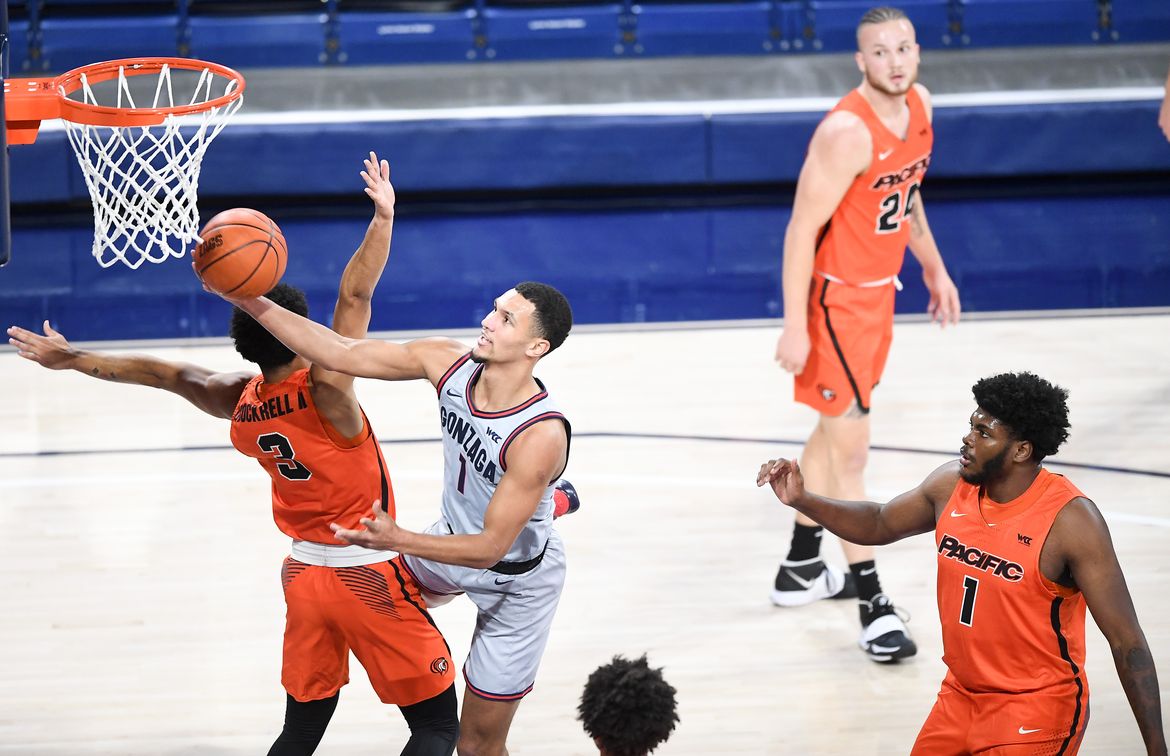 Anyhow, let’s get off this Reminiscences Trail and move back into the 21st Century. The 21st year of the 21st Century, to be exact. When two Gonzaga players are about to be drafted in the NBA’s lottery. Not one, but two. Didn’t see that coming in 2002, that’s for sure.

The league held its draft lottery Tuesday night – as a quick aside, has anything fallen further in the nation’s consciousness than the lottery, which once was a can’t-miss event, has recently? – and the order of selection may have ensured Corey Kispert a coveted spot in the pinnacle of his sport.

We all knew Jalen Suggs would be a lottery pick. The experts agree. He seems headed to Toronto with the fourth pick – that’s our prediction; he’s also been pegged as high as second to Houston – when the selections are made next month. But Kispert? That’s another story.

The former King’s High star, who led the Knights to two consecutive Washington 1A titles, continued to improve throughout his time at Gonzaga, going from a reserve spot-up shooter to an All-American player in the course of his four years. That’s quite a leap. And now it looks as if he’ll take another one, earning a spot in the coveted lottery, though he is far from a unanimous projection to go in the first 14 selections.

We think Golden State will take him. The Warriors hold the last lottery selection. But others see Kispert further down the list, as low as 22nd, to the Lakers. That wouldn’t be a bad spot for him either. And in the NBA, fit is more important than when your name is called July 29.

• Speaking of the NBA, a small thing can cause a big defeat. It’s true in all levels of basketball when teams are evenly matched, but it was vividly illustrated last night with .8 seconds left in the Suns’ 104-103 victory over Los Angeles in the Western Conference Finals.

As you watch over and over again Deandre Ayton rise up and catch Jae Crowder’s perfect pass above the rim, tossing it down to win the game, don’t skip over the defense. Specifically, that of DeMarcus Cousins, the Clipper charged with harassing Crowder and forcing an errant pass. 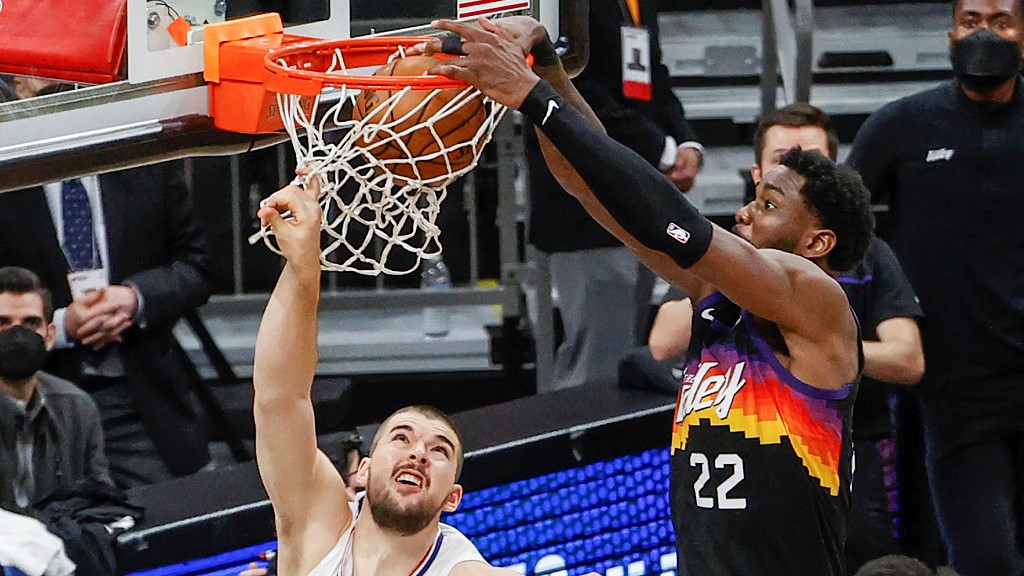 Honestly, I can’t remember how many times I’ve yelled, “shade the basket” to an inbound defender over the years. It certainly is in the thousands. In such a situation, the person guarding the in-bounds pass has the responsibility to take away a clean look to the rim. It didn’t happen. Had Cousins been in the right spot, the pass would have been that much harder. Maybe impossible.

One small step by Cousins to his right might have allowed the Clippers to take a big leap. It didn’t happen.

• Hey, the Mariners won again. Shed Long hit another home run to lift them to a 2-1 victory over the Rockies.

It was the M’s fifth consecutive win. They have won eight of nine. They are three games over the break-even mark, one of only nine teams in the American League that can say that. Their 39 wins are fifth-best in the league.

How is that even possible?

Not going to question it. Just going to enjoy it. As are those fans lucky enough to attend games in T-Mobile. After all, Seattle is 24-15 at home, the third-best home record in the A.L. Right now, if you put on shorts and a T-shirt and head to the park, chances are you will watch them win. And it more than likely will be with a late-inning surge. That’s fun. 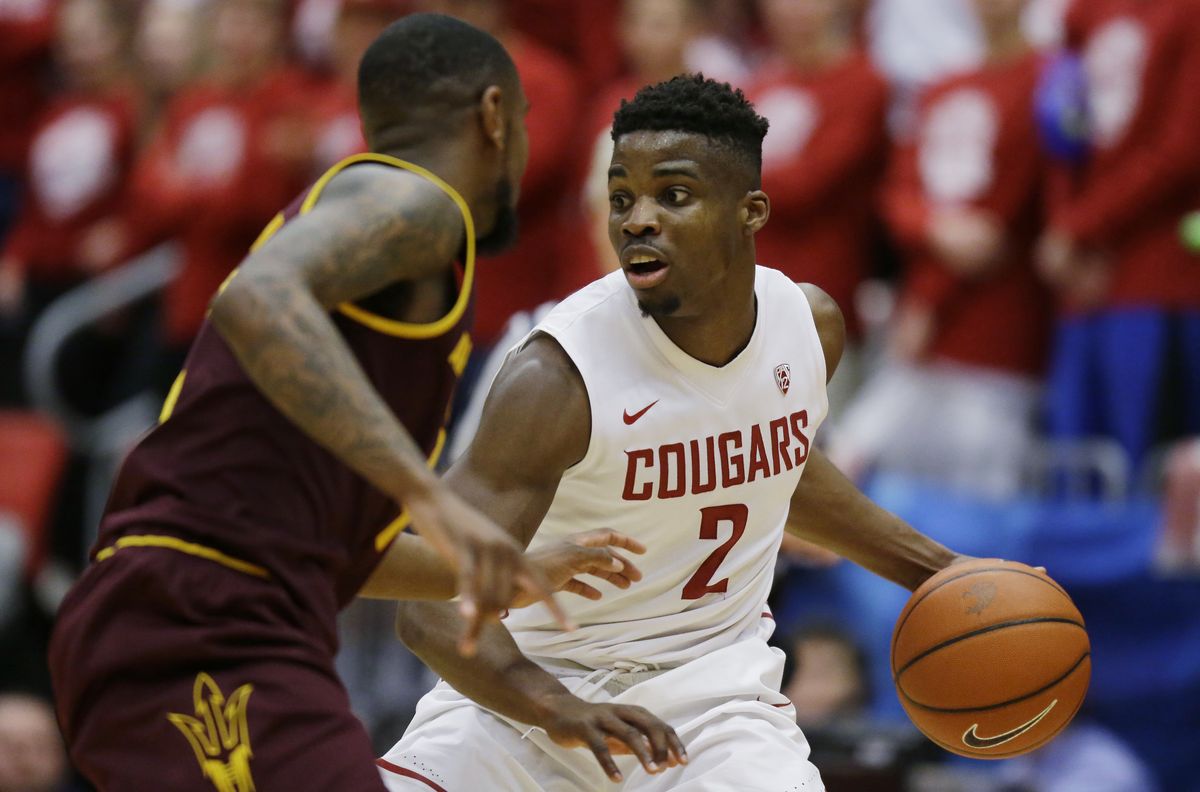 WSU: You know what else is fun? Attending football games in Martin Stadium in the fall. And it looks as if the place will be filled to the gills. The school announced yesterday it has been given the go-ahead to allow full attendance. Theo Lawson has that news, with all its nuances, in this story. … Olympic basketball teams are being selected all over the world, including Nigeria. Two Cougars, current one Efe Abogidi and former one Ike Iroegbu will be trying to make that team in San Francisco next week. Theo has more in this story. … Elsewhere in the Pac-12 and college sports, Jon Wilner talked with a handful of conference athletic directors about their first meeting with new commissioner George Kliavkoff. … The playoff expansion is moving forward through the process, with the Rose Bowl trying to determine its place in this new world. … The Supreme Court ruling is still being weighed and dissected. … New NIL rules go in effect in California soon. … Arizona had an outstanding spring. … Washington’s football team can sell every seat in the fall. … In basketball news, Oregon has picked up a commitment from the nation’s best point guard. … Finally, Arizona baseball seems poised to be back at Omaha soon.

Gonzaga: We mentioned above the draft lottery and the two GU players who might find themselves being summoned to the podium when the draft occurs. Of course Jim Meehan delves deeper in this story. … Why does it seem so hard to put together a matchup with UCLA? Many reasons. 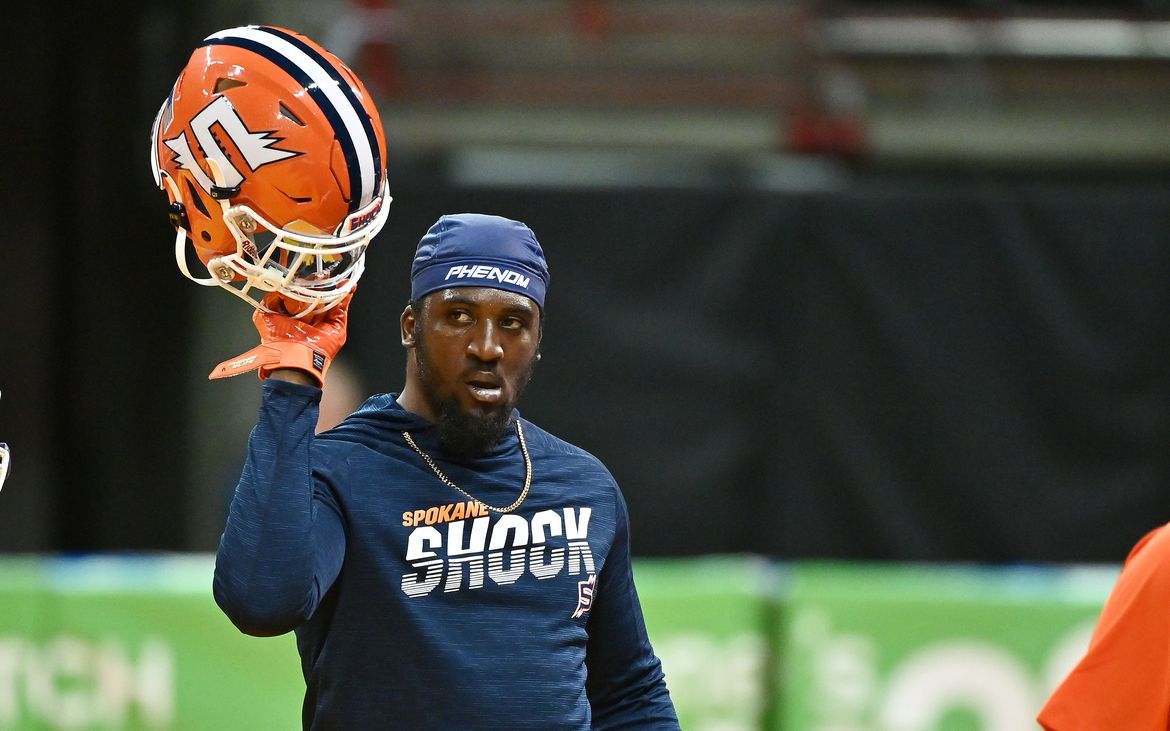 Shock: In indoor football you can never have enough standout receivers. Ryan Collingwood introduces us to one who has been standing out lately, Jordan Jolly.

Indians: Spokane is still on the road. This week the Indians are in Hillsboro, where they handled the Hops 6-3 last night. Dave Nichols handles the game coverage.

Chiefs: Hopefully, the next WHL season will be more like a normal WHL season, That’s the aim of the league, which announced a series of calendar dates the past few days. Dan Thompson sums it all up in this story. 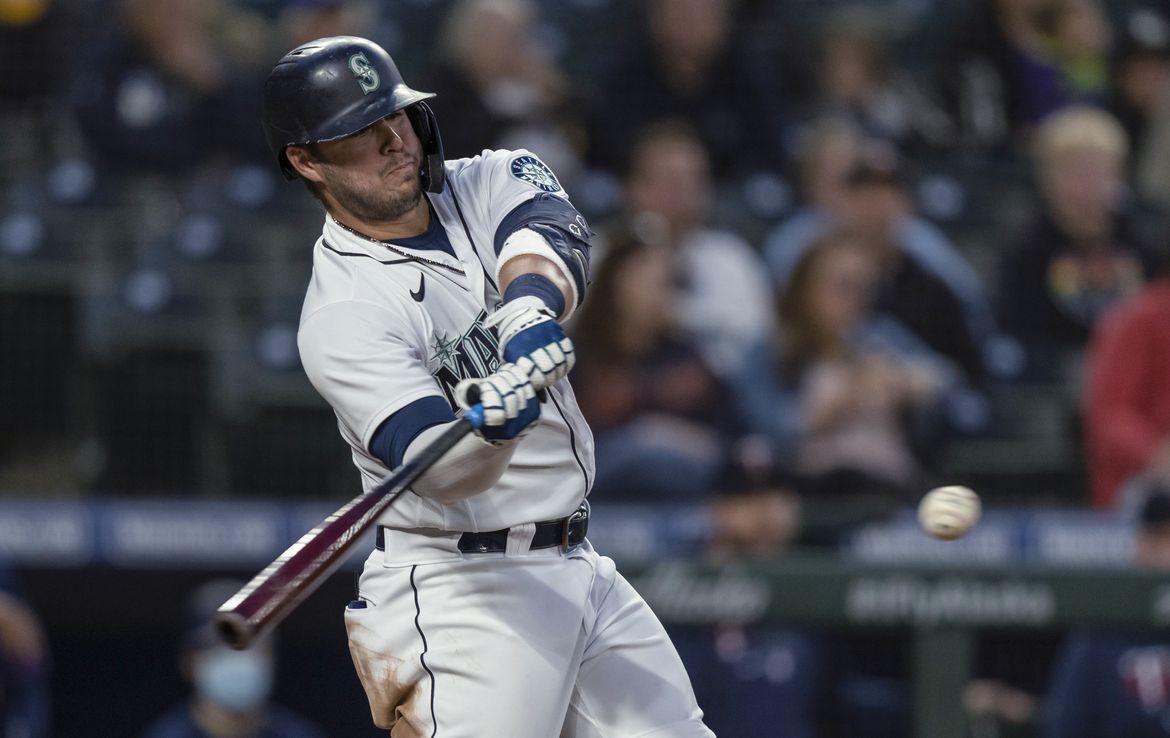 Mariners: As we said above, the M’s won again last night. Chris Flexen threw well and Long hit a go-ahead solo home run in the eighth. … Ty France didn’t go on the injured list yesterday, which was something of a surprise. … The M’s have been hitting better lately. It corresponds, loosely, to the recent rule changes and the run-up to them. Huh.

Seahawks: Like all NFL teams, the Hawks will have to do some creative accounting to sign all of their key players. … Like UW and WSU, the Hawks have been given the go-ahead for full capacity this fall. … Bobby Wagner just keeps on keeping on.

Sounders: It’s only been nine matches but Seattle is fielding a record-setting defense.

• If there is one thing anyone should be able to get right after more than 64 years on this planet, it is sleeping. How hard is it? But here we are, trying to work out a kink in our neck after waking up with an issue. The term, “slept wrong,” just seems so stupid. And ego deflating as well. If we can’t sleep right, what else will we fail at? Walking? Talking? Scratching our nose? Writing about the M’s? Until later …