A GRIP ON SPORTS • Today’s the day. The first day, actually. The first day the thermometer rises above 90, en route to a week or so above 100. Fun. Well, not really. But we always have sports to keep us cool.

• Yet, not really in that regard too. Not this weekend. Unless you are a baseball fan. Or someone who loves to watch the Tour de France.

Looking through the schedule of televised sports this weekend, something we try to do every Friday, we don’t see much that would land in the “major” category. Maybe the Olympic track and field trials from Eugene, where it is also going to be hot enough to cook a chicken on the sidewalk.

Oh sure, there are the usual events, from a multitude of baseball games – the Mariners are in Chicago where it could rain any moment – to less-than-enticing golf tournaments. But big-deal affairs? Name one.

Sure, there are the NBA playoffs. The Clippers are trying to wash away their historical mojo and someone has to win the East. And then there are the NHL counterparts. It just seems weird to be worrying about heat stroke in parts of Canada, drinking gallons of water and then turning on the TV to see ice hockey. Weird in a “why now” sort of way.

And if you are an international soccer fan – who isn’t? – there is the always exciting Euros going on, with Saturday’s match pitting Italy and Austria really piquing my interest. (Not really, but the image of those two teams playing at Birnlücke Pass – think Going to the Sun Highway with a trail replacing the road and you get the picture – is a visual I can’t get out of my head.)

Thankfully there is no way to watch Sunday’s Ironman from Coeur d’Alene. We’re not into the horror genre, be it television, novels or movies, and Sunday’s race has that potential as the temperatures hit triple digits. At least those participating in that grueling competition are well-trained athletes. If Hoopfest was still scheduled for this weekend – as it always was until COVID-19 raced around the planet – could you imagine some of those folks trying to finish a game as the heat radiated off Howard and Riverside?

No, we can’t. So Sunday we’ll sit in our cool – hey, it’s a relative term – basement, guzzle Smart Water and watch the women compete for the PGA Championship. From Georgia. Where it’s cool. For Georgia. In June. See, it is relative. 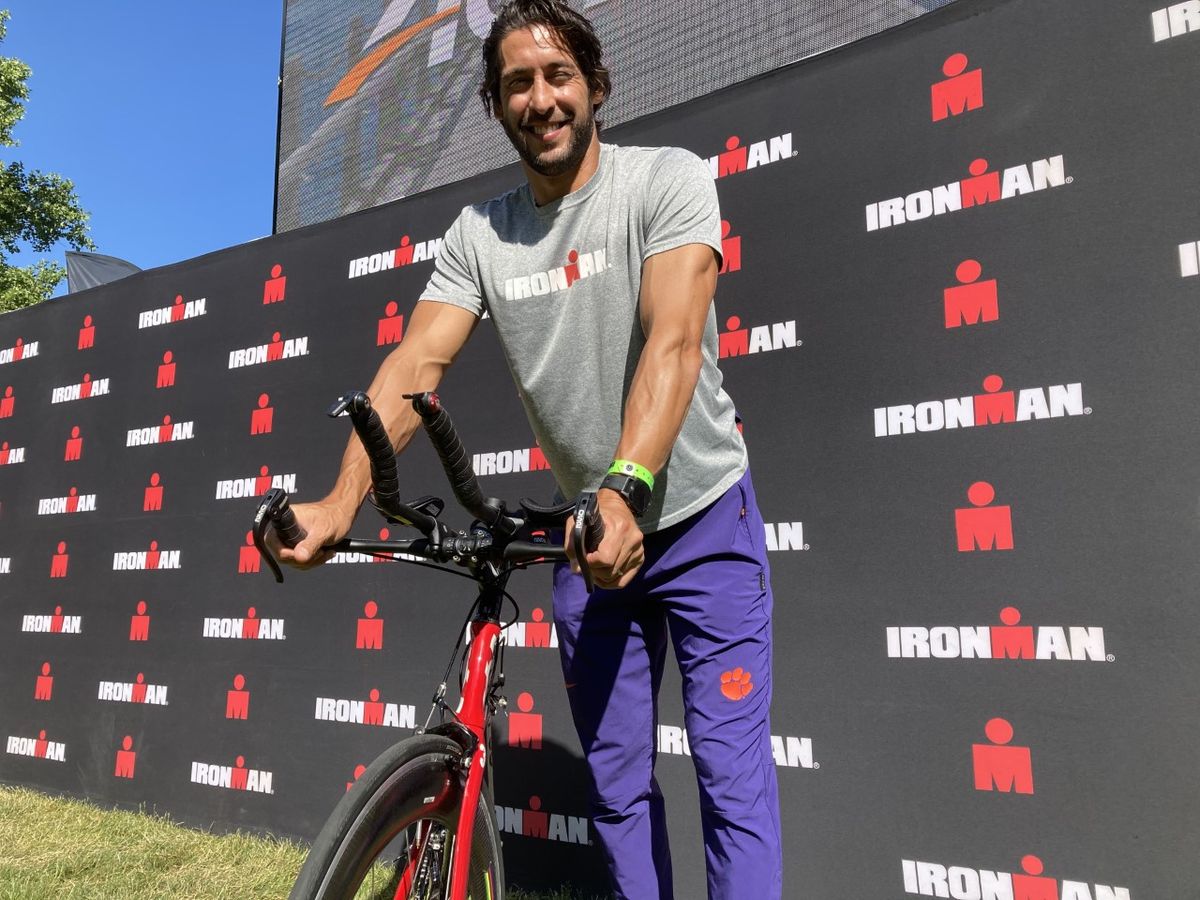 • Speaking of the Ironman, our Ryan Collingwood found the best quarterback competing in the event. And wrote about him.

Unless you are true football fan, you might not know who J.P. Losman is. After all, an eight-year NFL career spent mainly as a backup isn’t the type of resume that puts you in the headlines. And working as an assistant at Clemson does not count as a high profile position in the Inland Northwest. But finishing the Ironman at age 40 in his first try certainly would rise to the high profile ranks.

• It doesn’t get the coverage, but the Tokyo Paralympic Games will be held in late August through early September. And the Games will include a handful of track and field athletes with Spokane-area ties. 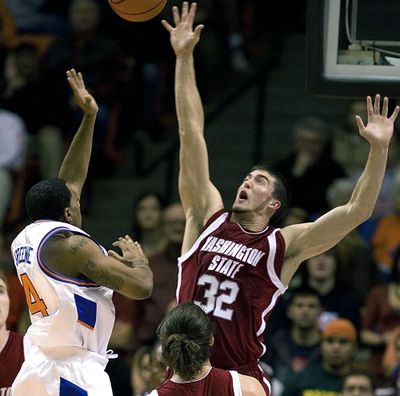 WSU: Leon Rice is one of our favorite college basketball coaches. The former Gonzaga assistant is also a Washington State alum, so the news Theo Lawson conveys in this story isn’t all that surprising. Well, maybe surprising in how long it took to happen. Rice’s Boise State team will play the Cougars in Spokane in December. … Former WSU athletic director Bill Moos is leaving his job at Nebraska. The news broke this morning. … Elsewhere in the Pac-12 and college sports, the NCAA is trying to institute stopgap NIL rules before July 1. … There is a lot of recruiting news, both in football at places like Washington, Oregon State, Utah and USC, and in basketball at Arizona. … Colorado’s basketball team is headed to Costa Rica, so it gets to practice now. … The money-soaked SEC schools can pay coaches more in every sport, including baseball. But that’s not why Jay Johnson left Arizona for LSU. He was already one of the highest paid coaches in the nation.

Gonzaga: Chet Holmgren will not be back in Spokane until the latter part of July. First, he’s going to Lithuania to play in the U19 World Championships. Jim Meehan has more in this story.

EWU: Around the Big Sky, Joslyn Tinkle is happy to return to Montana. … The ESPN deal should help the conference schools. … Weber State is still putting together its basketball schedule. 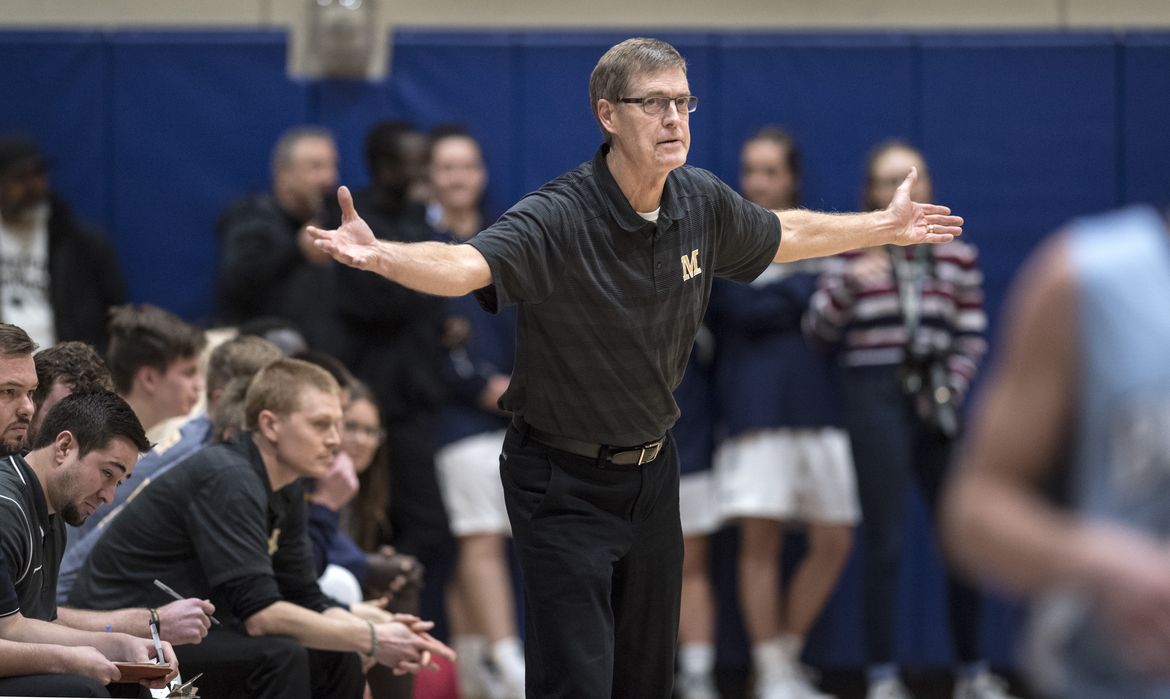 Preps: Glenn Williams has been around Spokane high school basketball longer than the Spokane Arena. His Lewis and Clark teams played in the old Squinty Hunter Fieldhouse – it was so dark in that gym someone once noted that was probably why Elra Lloyd Hunter was nicknamed “Squinty.” And he coached Adam Morrison long before the Mead star has a mustache (I think). Now Williams is retiring. Dave Nichols has the story. I have one overriding thought: he will be missed.

Indians: Spokane lost at Hillsboro again, this time 6-4. Dave has more in this story. 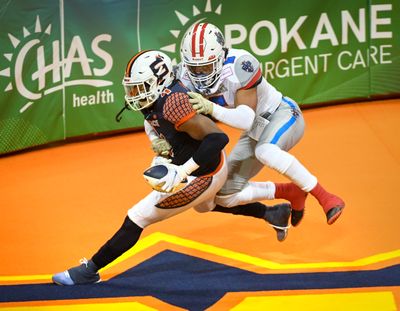 Shock: Spokane rekindles its rivalry with the Arizona Rattlers tonight in Phoenix. Ryan Collingwood has five things to watch. … The rivalry still rings true in Arizona as well.

Mariners: Jake Bauers has fit right into the Seattle lineup. One has to wonder what that means for Evan White when he returns from his injury. … As we approach halfway through the season, the M’s have exceeded expectations. But continue to do that seems like it will be tough.

Seahawks: Veteran guard David DeCastro, a Bellevue native, is available. Will the Hawks try to sign him? … Will we see real throwback uniforms this season?

Kraken: Dave Hakstol will be the first Seattle coach. His hiring was announced yesterday. … The fact few know who Hakstol is says a lot about the franchise and how it will go about its business. … Larry Weir delves into the Kraken’s hire (and much more) in his latest Press Box podcast.

• We’re off to walk around Manito Park this morning. My sister wants to see the flowers before she leaves tomorrow. And I want to see them before the heat wave hits. I’m thinking of hiring the kid down the block to walk in front of us with a spray bottle, misting our way around Spokane’s crown jewel of a garden. Until later …